The X Factor
How Winston Churchill changed the course of history
By Mark Jenkins • Nov. 16, 2022 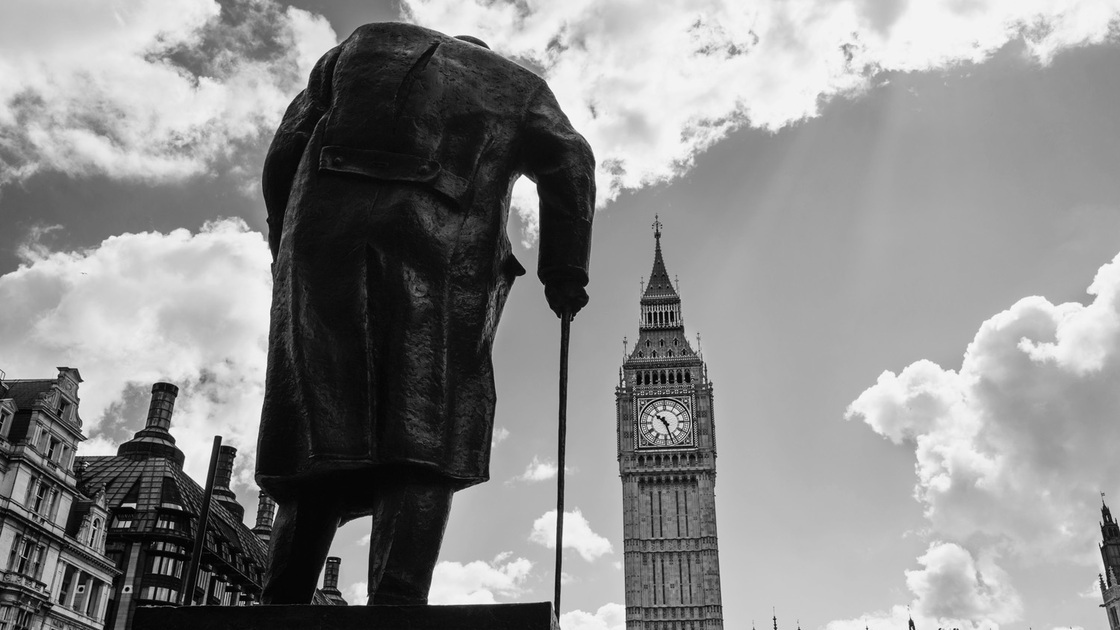 Hitler’s Germany had overrun Belgium, the Netherlands, Luxembourg and France in just six weeks. Yet in May 1940, most of Britain’s leadership still believed negotiations would bring peace and save millions of lives. Had one afternoon gone differently, Britain would have never survived World War ii.

In an interview, Boris Johnson, author of The Churchill Factor, said: “Churchill is the resounding human rebuttal to all Marxist historians who think history is the story of vast and impersonal economic forces. The point of the ‘Churchill Factor’ is that one man can make all the difference.” On May 28, 1940, Winston Churchill made that difference.

He had just been appointed prime minister and was meeting with six other men for the ninth time in three days to determine how Britain would respond to Adolf Hitler’s aggression. Even at that critical moment, Churchill was not the first man offered the job. Chamberlain wanted Lord Halifax; the king wanted Halifax.

I suspect The Princess Bride’s six-fingered man was based on Lord Halifax, who was born with a withered right hand he concealed in a black glove. At 6’5”, he was a full 11 inches taller than Churchill. He wore thick, round glasses.

What would Halifax have done? He wanted to negotiate with Germany through Mussolini. Halifax’s initial offer to Hitler likely would have ceded Malta and Gibraltar, and shared the operation of the Suez Canal.

Of course, Halifax was willing to give up more than that. In fact, the only reason he turned down the job was because “he didn’t see how he would be able to cope with Winston Churchill rolling around untethered on the quarterdeck.”

Like the other British leaders, Halifax was too weak to stand up to Hitler or Churchill. Today, we know Hitler had a plan called Operation Sea Lion that called for Britain’s invasion and subjugation: “The Nazis had already drawn up a blacklist of British figures who were known to be particularly anti-Nazi, who would presumably have been either imprisoned or shot; and at one stage, Himmler proposed killing or enslaving 80 percent of the British population.”

In opposing this future, Churchill stood alone as he had for the decade previous.

On the afternoon of May 28, 1940, as Churchill took office as prime minister, Halifax wielded enormous power, and he spoke first. Given his political position as the leader who turned the job down, Halifax could not simply be ignored. The council supported Halifax’s weak-willed negotiations, and Churchill could not persuade the council.

So Churchill adjourned the meeting, saying they would come back at 7 p.m. Then he called the full cabinet of 25 together and delivered his first speech.

This is what he said: “I have thought carefully in these last days whether it was part of my duty to consider entering into negotiations with That Man.

“But it [is] idle to think that, if we tried to make peace now, we should get better terms than if we fought it out. The Germans would demand our fleet—that would be called disarmament—our naval bases, and much else.

“We should become a slave state, though a British government which would be Hitler’s puppet would be set up. … And where should we be at the end of all that? …

“And I am convinced that every one of you would rise up and tear me down from my place if I were for one moment to contemplate parley or surrender. If this long island story of ours is to end at last, let it end only when each one of us lies choking in his own blood upon the ground.”

The room erupted in cheers and shouts. Some ran up and patted him on the back. When the council reconvened at 7 p.m., Halifax had abandoned his pitiful cause. After years of weakness, Britain would finally take a stand.

One man on one day can change the course of history. Revisionists can deny it; even we can underestimate it. But Churchill proves it.

Following Churchill’s years of warning the British people, on May 28, 1940, Churchill finally took the action that would save the tiny island nation. One man, standing alone for what’s right, had won the day.

Remember Churchill’s example when persecution comes. Stand up for what’s right, knowing that when we stand up for God, we will always win in the end.