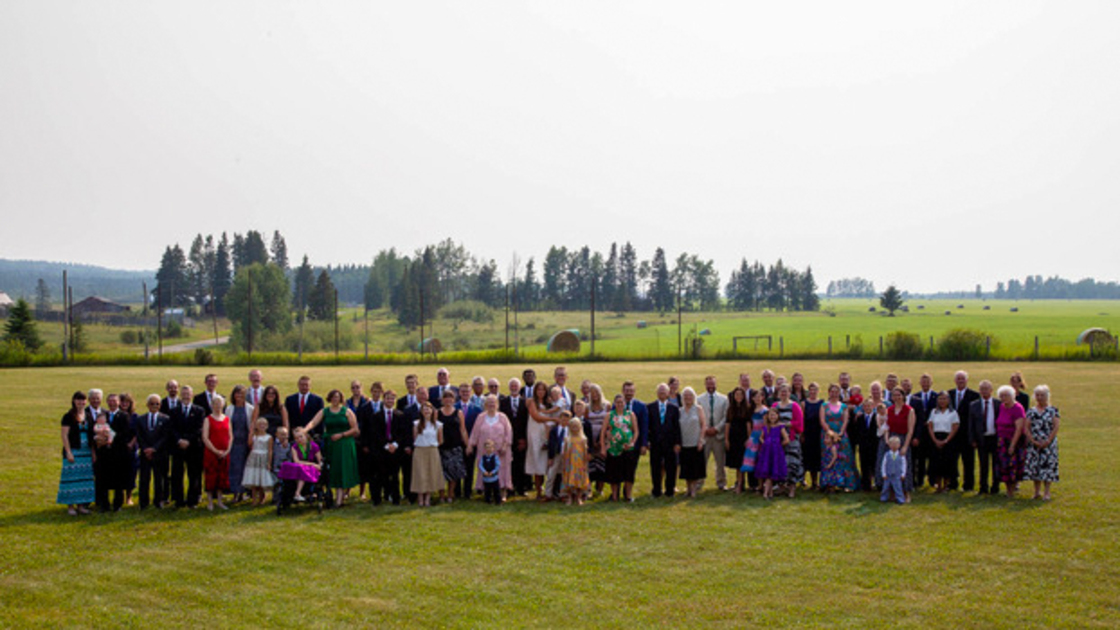 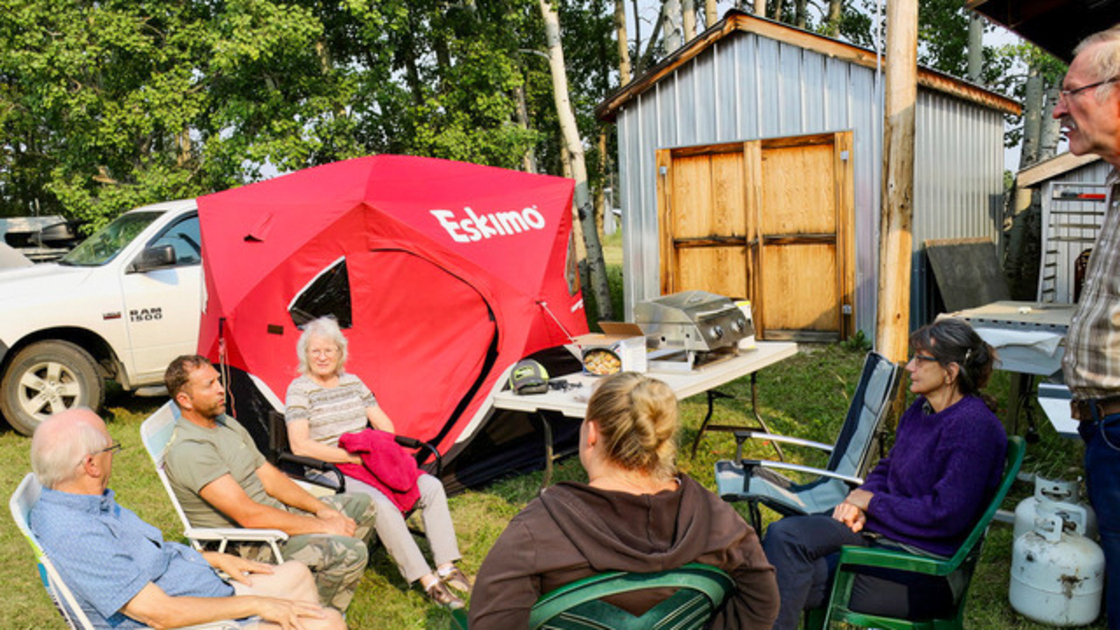 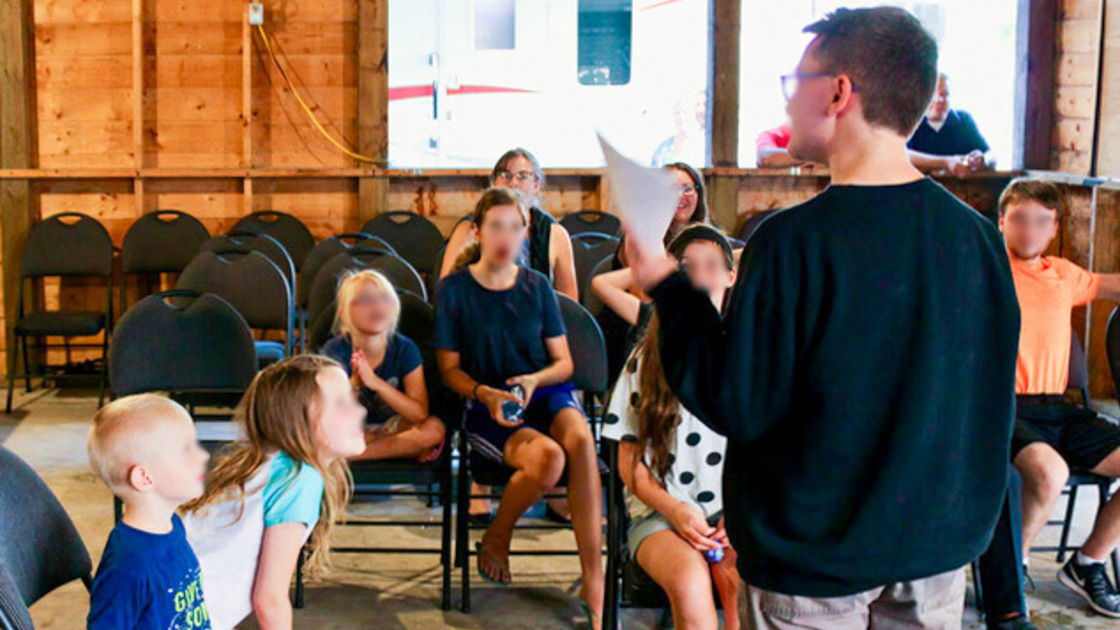 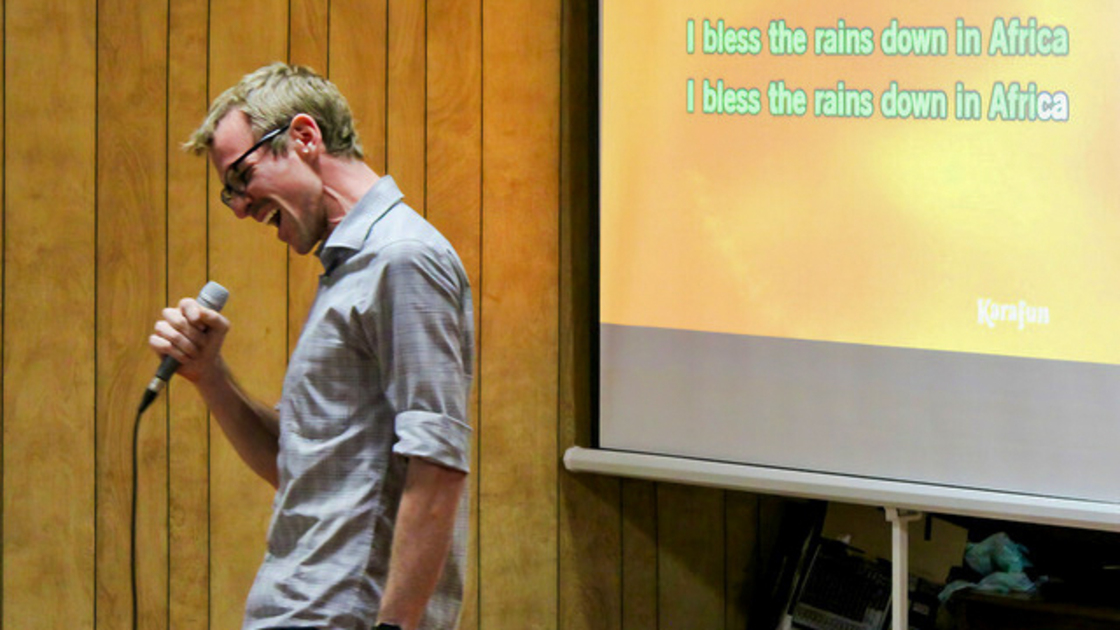 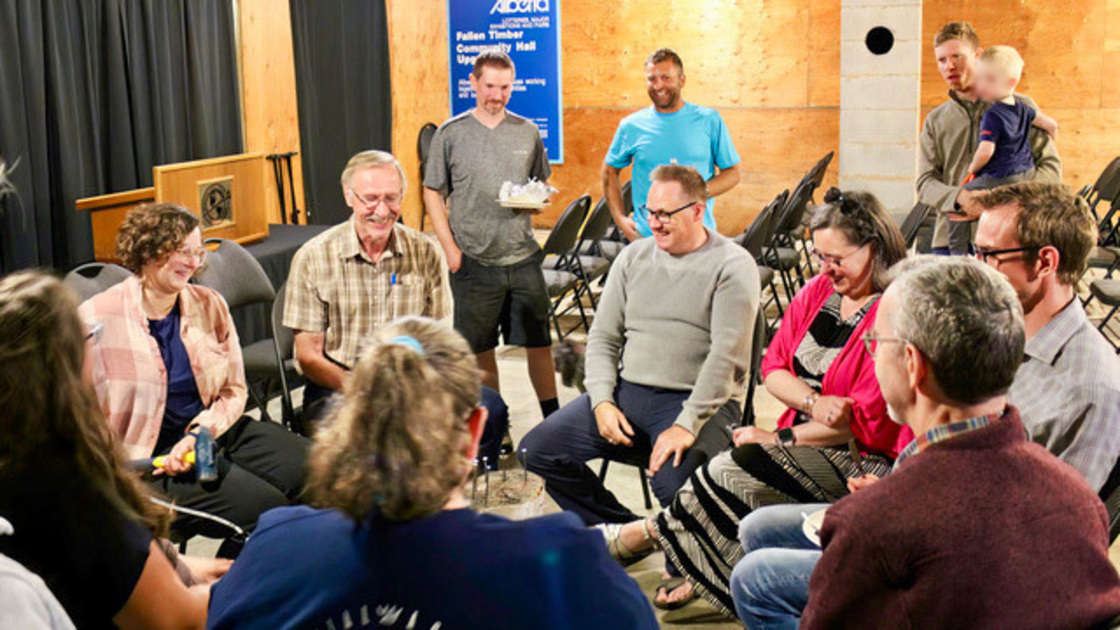 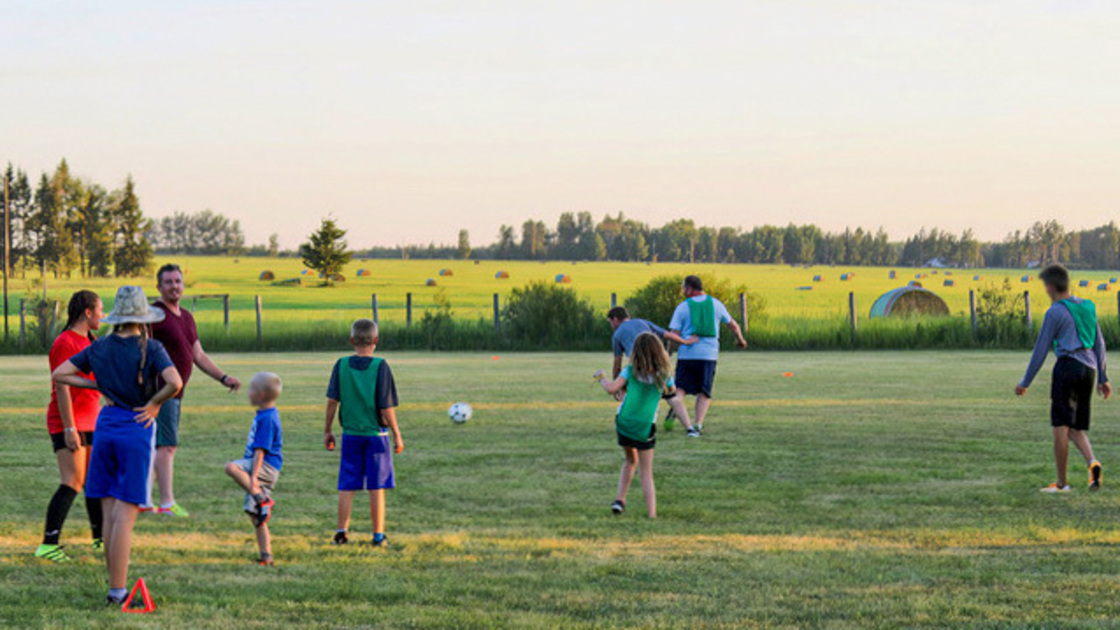 On the Sabbath 93 brethren gathered for services and Bible games, which were held in a large wooden shed, rather than the hall used in past years, because of the mild September weather. 17-year-old Ethan directed a game of Bible baseball for the children, teens and singles. The kids were well-versed in the Bible Story questions, while the adults pulled through on the more technical questions. After sunset, 16-year-old Kelton organized a game of glow stick tag, while the adults, instructed by Calgary member Thomas Schwanke, played a game of Hammer-Schlagen.

Edmonton member Barbara Price said that every day she walked to the river “to spend some quiet time drinking in the peacefulness of God’s creation.”

On Sunday morning, Edmonton member Winston Schlote showed the youth the basics of filming and video production, after which the cast of actors, a cameraman, a camera assistant, and other helpers pitched in to create a short movie. After the youth activity, many members competed in a softball game. That evening after dinner they watched the movie created by the youth earlier in the day and held a Luau-themed dance and karaoke night.

15-year-old Acacia, who has been to every campout, noted how the youth activity changes every year: “Last year we did some wacky games, but this year we made a video instead.”

On the last day of the campout, the singles provided a pancake breakfast, the last meal together before members began to pack their belongings and clean up the hall.

Edmonton member Barbara Gregory said it was inspiring to see “how God’s Family comes together, even in times of tests and trials, to uplift and comfort each other.”