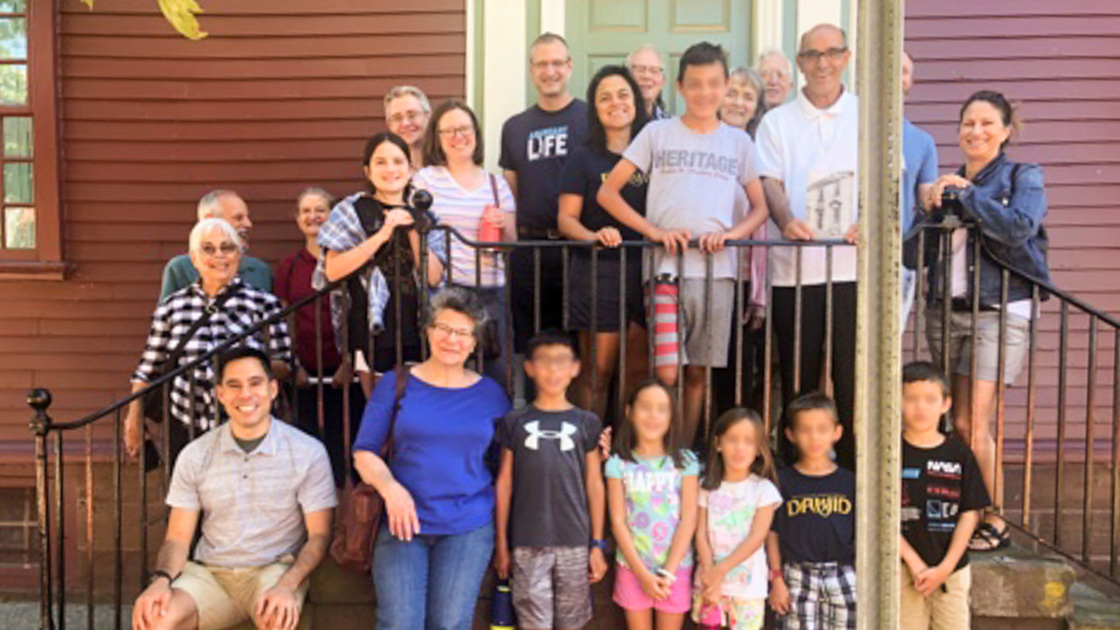 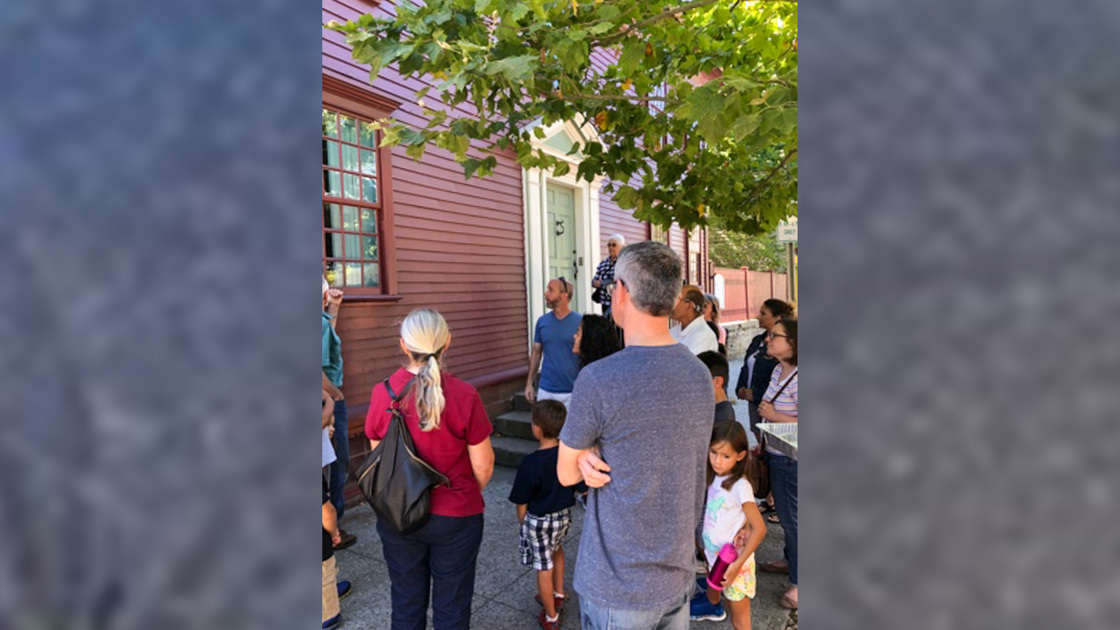 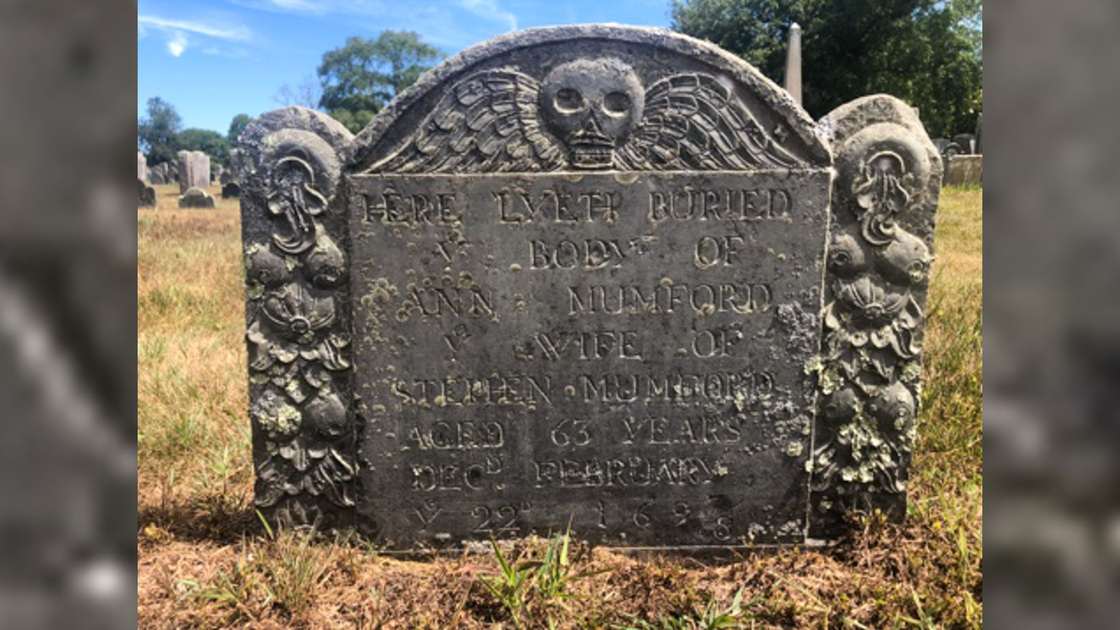 MAINE–– From August 13 through 14, the Maine and Connecticut congregations of the Philadelphia Church of God combined for a weekend revolving around Church history.

The brethren met for a combined Sabbath service in Dighton, Massachusetts, along with Preaching Elder Victor Vejil and his family. The service was followed by a potluck and fellowship.

About a quarter mile from the meeting hall, the group re-gathered at the historic home of member Ember Todd for desserts. Connecticut members Ed Teti and Joe Jessop delivered presentations on the history of the early Sardis Church era in England prior to its move to the New World in the 1600s. Brethren spent the night at the Todd’s house or nearby hotels.

The next morning, after a gourmet quiche and bagel bar, the group of New England members took a Sardis-era history tour guided by Teti and Jessop, visiting sites such as the home where Stephen Mumford once lived and the First Baptist Church building to discuss how Mumford and other Sabbath keepers associated with the Baptists prior to breaking off and establishing the first Sabbath-keeping church in America on Dec. 7, 1671. They also saw the Newport Historical Museum, which houses the original building where the congregation met, and a local cemetery with the gravestones of Mumford, some of his family members and other Sabbath-keepers from that time period.

After the tour, members headed back to the Todds’ house for barbecue picnic, fellowship, cornhole and children’s games.