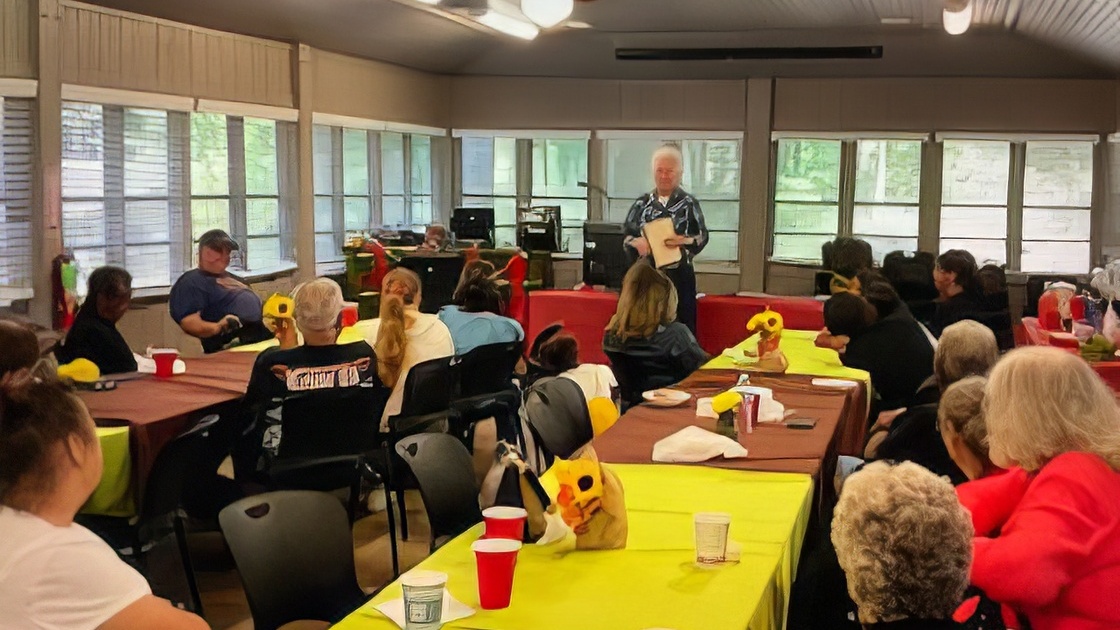 TEXAS—On September 4, the Philadelphia Church of God Mt. Pleasant congregation met at Tyler State Park for its annual picnic, this time with a talent show and karaoke sing-along.

Under sunny skies, members played horseshoes and corn hole and had a barbecue in the mess hall nestled in the tall pine trees.

After lunch, members held an entertainment show. Master of ceremonies Kelly Havens introduced the acts and inserted jokes in between: Members remarked that he should get help on his humor from Evangelist Wayne Turgeon.

Local Elder Carrol Scott told jokes and stories, Sarah Timmons performed a song by Stevie Wonder, during which members joined in, and Bennie Ray, who provided the sound equipment, had all the men and then all the women sing songs together.

Members were commenting even the next Sabbath on the fun they had together building the family of God.