Know Your Bible: The Last Great Day
The hope of all mankind rests in the fulfillment of this holy day.
By Mark Jenkins • Oct. 13, 2022 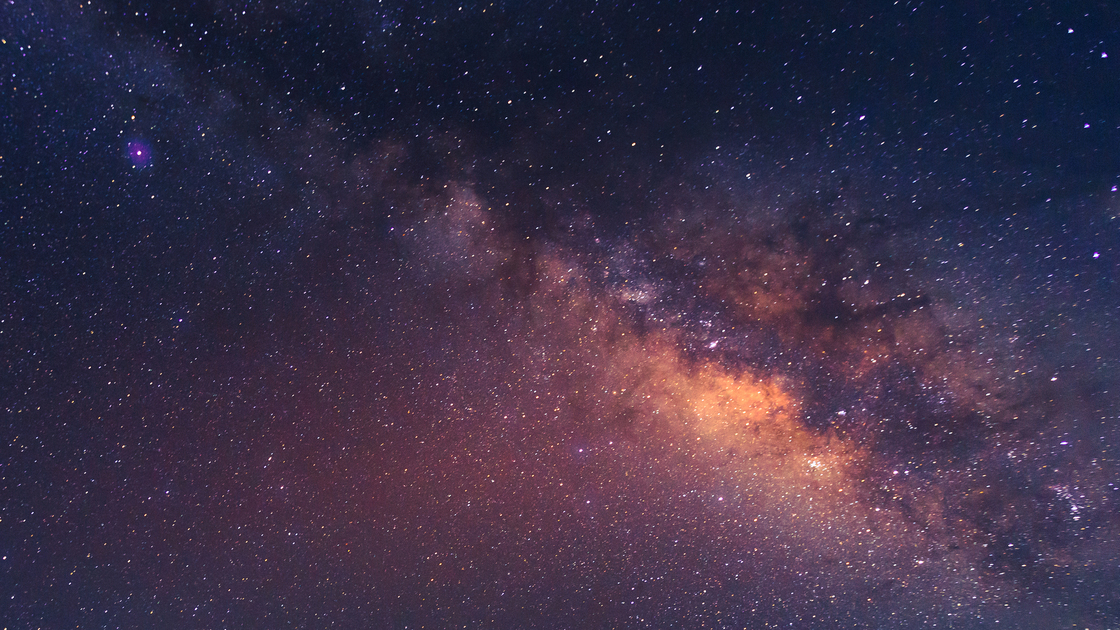 For members in God’s true Church today, the incredible human potential to be born into the very Family of God as the Bride of Christ should inspire them beyond words. Nothing can compare to it. The young children and teenagers of those members should also be inspired—for if you remain loyal, your future will be the same.

Looking just a short time ahead, we see an awe-inspiring future for those who live in the Millennium as well. Anyone who understands the meaning behind the Feast of Tabernacles can see what an astounding plan God has for that 1,000-year period of peace, during which the knowledge of God will flow as the waters cover the ocean beds (Isaiah 11:9). Those people, living in a society far superior to our own, will have a fantastic opportunity to be born into God’s Family as well.

But none of this will help the many millions destroyed in the Great Tribulation just preceding the Millennium. None of this will save the many billions who have already lived and died, not having learned the way of God. What of them? Are those people simply gone forever, having been born at the wrong time? Is the Millennium really built on the ashes of the billions who came before, all hope lost to them forever?

Those who are called and chosen during these latter days are being prepared as the future Bride of Christ. This is an exalted position, to be sure! But it’s also a group that excludes most of humanity.

2. What is God’s way of life compared to? Matthew 7:13-14. Did Jesus Christ say that many would strive to find this strait and narrow way but would be unable to? Luke 13:24.

We often concentrate on the few who have found the path and are traveling down it—those who have been called into God’s Church. Most of the sermons you hear at Sabbath services each week focus on how God’s plan involves His Church and the preparation each member must go through to build holy righteous character and qualify for the future.

But what about the many who do not find the strait and narrow way? Present-day society offers them no hope. After nearly 6,000 years of mankind’s self-rule, sin has only become more pervasive and accepted by society as a whole. The rampant spread of crime, pornography, drugs and other appalling evils through so-called Christian societies is a terrible reality. In fact, many non-Christian societies are repulsed by the sinful actions of the “Christian” nations, as well they should be. Truly, mankind has not found the strait and narrow way, and there seems to be little interest in it.

Most of the Gentile nations are the Third-World countries today. They are the poorest, most miserable humans alive on Earth, and some of them have never even heard of God or Jesus Christ before. Thus, if there is a race going on between God and Satan for souls today, God is surely losing by a landslide. If there were no future hope of salvation, every Hindu, Buddhist and Muslim would be eternally lost—condemned simply because they never heard the Word of God!

This depressing reality alone should alert us to the probability that God is not in a losing race to save mankind. That plan would be futile and fruitless.

2. But if God sees all the suffering in the world, and He is a loving God, then why is it that He is not trying to save the world today? Genesis 3:22-24.

After Adam and Eve made the decision to eat of the wrong tree, God closed the tree of life to mankind for 6,000 years. He purposefully cut man off from Him and His way of life. He did this so that man would have six millennia to prove that he cannot live a happy, abundant life by directing his own steps (Jeremiah 10:23). Mankind needs God, and God gave mankind 6,000 years to prove it.

Herbert W. Armstrong explained the repercussions of Adam and Eve’s decision vividly in Mystery of the Ages. As he wrote, when man chose to reject God and decide what was right for himself, “God pronounced sentence! God said, in effect: ‘… I sentence you and the world you shall beget to 6,000 years of being cut off from access to me and my Spirit—except for the exceedingly few I shall specially call ….

“‘Go, therefore, Adam, and all your progeny that shall form the world, produce your own fund of knowledge. Decide for yourself what is good and what is evil. Produce your own educational systems and means of disseminating knowledge, as your god Satan shall mislead you. Form your own concepts of what is god, your own religions, your own governments, your own lifestyles and forms of society and civilization. In all this Satan will deceive your world with his attitude of self-centeredness—with vanity, lust and greed, jealousy and envy, competition and strife and violence and wars, rebellion against me and my law of love.

“‘After the world of your descendants has written the lesson in 6,000 years of human suffering, anguish, frustration, defeat and death—after the world that shall spring from you shall have been brought to confess the utter hopelessness of the way of life you have chosen—I will supernaturally intervene. By supernatural divine power I shall then take over the government of the whole world. With reeducation, I will produce a happy world of peace. And on repentance, I shall then offer eternal salvation to all.”

Although the world is suffering today, God has a plan for saving everyone—according to His time. God’s plan is filled with abundant hope, and not only for the called, chosen and faithful today. That hope extends out to everyone who will live into the Millennium and finally have their minds opened to God’s truth.

1. How long does the Feast of Tabernacles last? Leviticus 23:34. Is there a separate holy day immediately after the seven days of the Feast? Verse 36.

The Feast of Tabernacles pictures the millennial reign of Jesus Christ over the Earth. Then on the day immediately following, we learn how all-encompassing God’s plan really is!

In this passage, Christ gives the fantastic meaning of the Last Great Day. It is a time when everyone who has ever lived will finally have the opportunity to live God’s abundant and peaceful way of life. The truth will be opened to everyone.

In order to be given a chance to repent, however, all humanity will have to be resurrected first.

3. When does this resurrection take place? Revelation 20:3-5.

Immediately after the Great Tribulation, the Day of the Lord and Jesus Christ’s return, Satan will be bound up and put away for 1,000 years. After the 1,000-year Millennium is completed, he will be loosed for a little season (verse 7). Then, after he deceives the nations once again and is finally banished from Earth forever, every human being who lived and died without knowing God’s truth throughout the 6,000 years of Satan’s reign will be resurrected.

4. When all humanity is resurrected, will each person be judged according to his or her works? Verses 11-13. Will all have the penalty of death hanging over them because they have sinned? Romans 3:23; 6:23. Yet will all be given a chance to repent because of Christ’s sacrifice? John 3:16-17.

This period of time is often called the Great White Throne Judgment (Revelation 20:11). It is during this time period that everyone will be given the opportunity to repent—to change from their former ways and live a life with the knowledge of God’s ways that had previously been available only to the chosen few. If they succeed in living a righteous life, they will be born into God’s Family at the end of their physical lives.

5. Is there a description of this resurrection in the Bible? Ezekiel 37:1-14.

As it says in Ezekiel, dry bones will be resurrected and covered with flesh. In other words, this is a resurrection to mortal life. It will provide these individuals the opportunity to learn God’s way. They will finally have God’s truth revealed to them and be given their opportunity to become a part of God’s Kingdom. This is when the fruits of the Millennium will really become evident.

As Mr. Armstrong continued in Mystery of the Ages, “‘After a thousand years of that happy world to come, I [God] will resurrect from death to mortal life all who have died uncalled during this present 6,000 years. Their judgment shall then come. And on repentance and faith, eternal life shall be offered them.’”

All of the men and women you’ve read about in history books will live again. Napoleon, Alexander the Great, Hannibal and every other great military leader will awaken. Every officer and soldier those men led into battle will live again—their most recent memory being of their own death! Every man, woman and child who ever died of starvation will live in a world where food is abundant.

Those who were illiterate in their lifetimes will be educated in the ways of God. The men who murdered Jesus Christ will learn what they did—and why they did it! God will also resurrect serial killers, sex offenders and other criminals. Men like Adolf Hitler, Attila the Hun and Genghis Khan will be given the chance they never had to learn to live God’s way, without the influence of Satan. Billions will live again—and educating them will be your responsibility!

7. Will those called and faithful during man’s 6,000 years of rule be married to Jesus Christ? Revelation 19:7. Will Christ’s Bride be the mother of all? Revelation 21:1-2; Galatians 4:26. Will the Bride, together with Jesus Christ, be responsible for teaching all humanity? Revelation 22:17.

Everyone, not just the few called out today, will finally come to understand God’s plan. They will receive the opportunity to be born as children in the God Family—children of Jesus Christ and His Bride, the Church! This incredible fall harvest requires a phenomenal amount of preparation, which is why the few are called out now.

Thus, rather than God excluding the rest of humanity by calling only the few today, He is actually preparing to call them all! Can you see what an important responsibility you have—as a potential member of the Bride of Christ—to prepare for this time now?

As Mr. Armstrong stated in Mystery of the Ages: “What are we going to do then? These scriptures indicate we shall impart life to billions and billions of dead planets, as life has been imparted to this Earth. We shall create, as God directs and instructs. We shall rule through all eternity! Revelation 21 and 22 show there will then be no pain, no suffering, no evil, because we shall have learned to choose God’s way of good. It will be an eternal life of accomplishment, constantly looking forward in super-joyous anticipation to new creative projects, and still looking back also on accomplishments with happiness and joy over what shall have been already accomplished.”

The Last Great Day makes this amazing future possible! The preparation God is doing within His Church today will allow billions to be born into the Family of God. The meaning behind this day is the hope of all mankind! Are you preparing for its fulfillment?