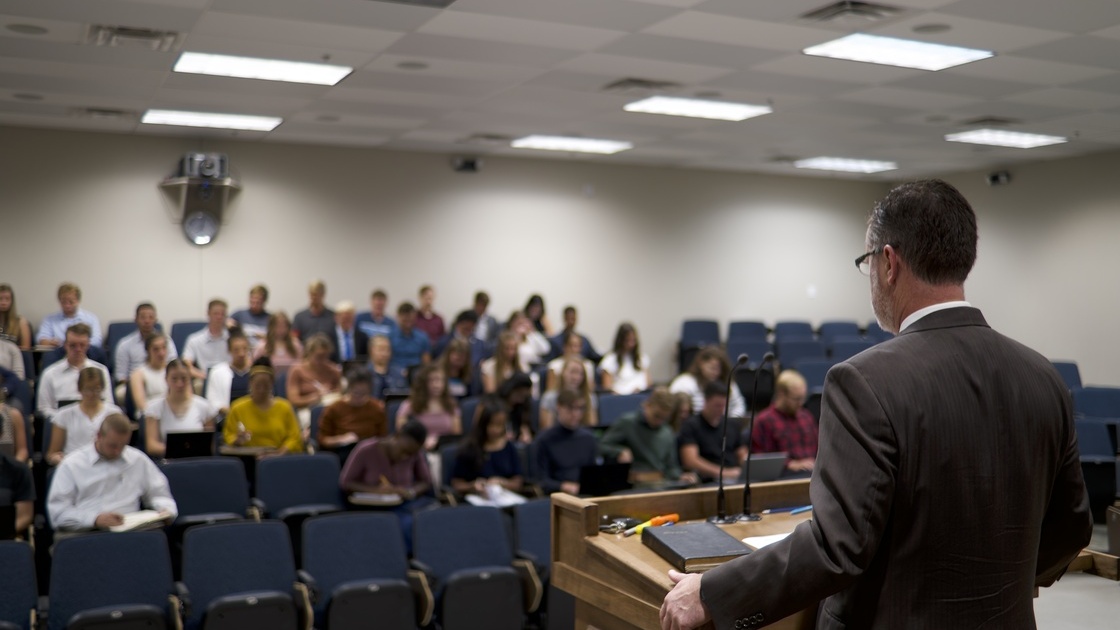 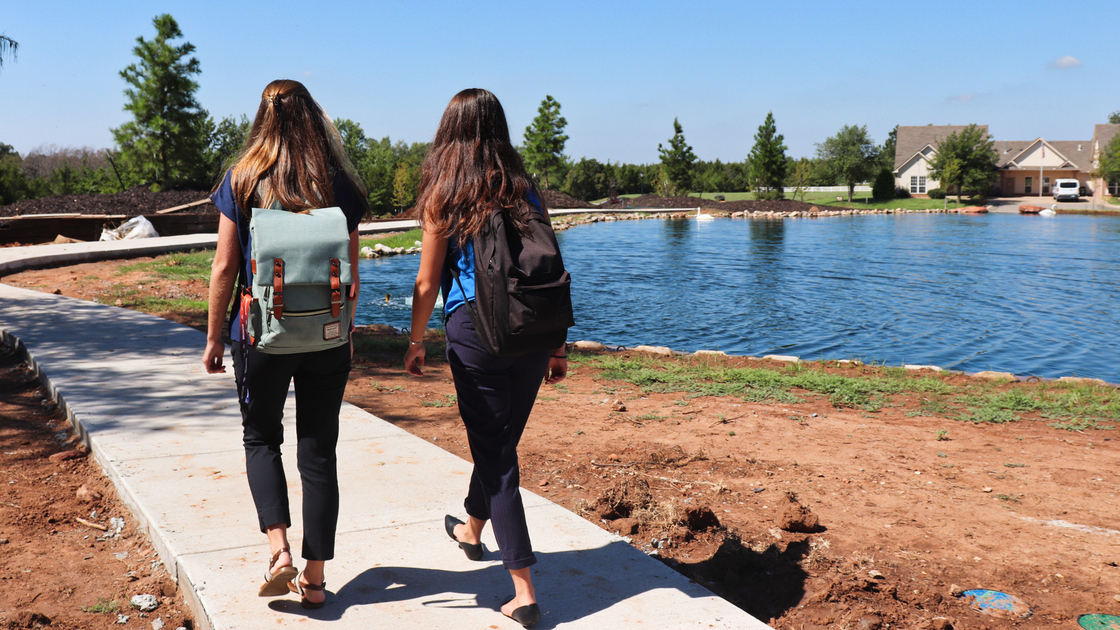 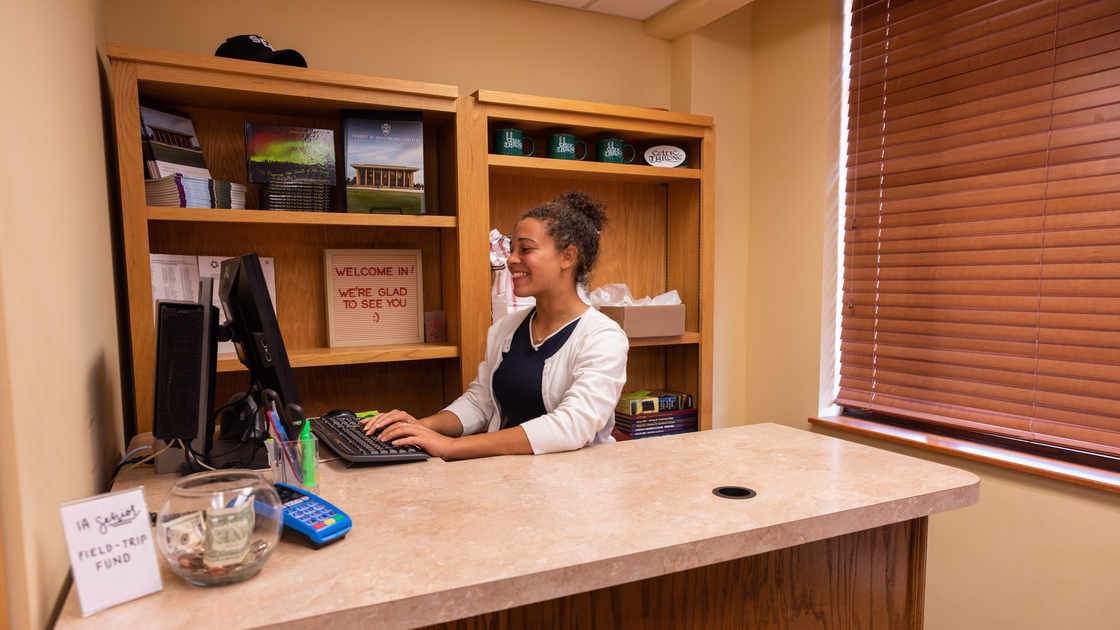 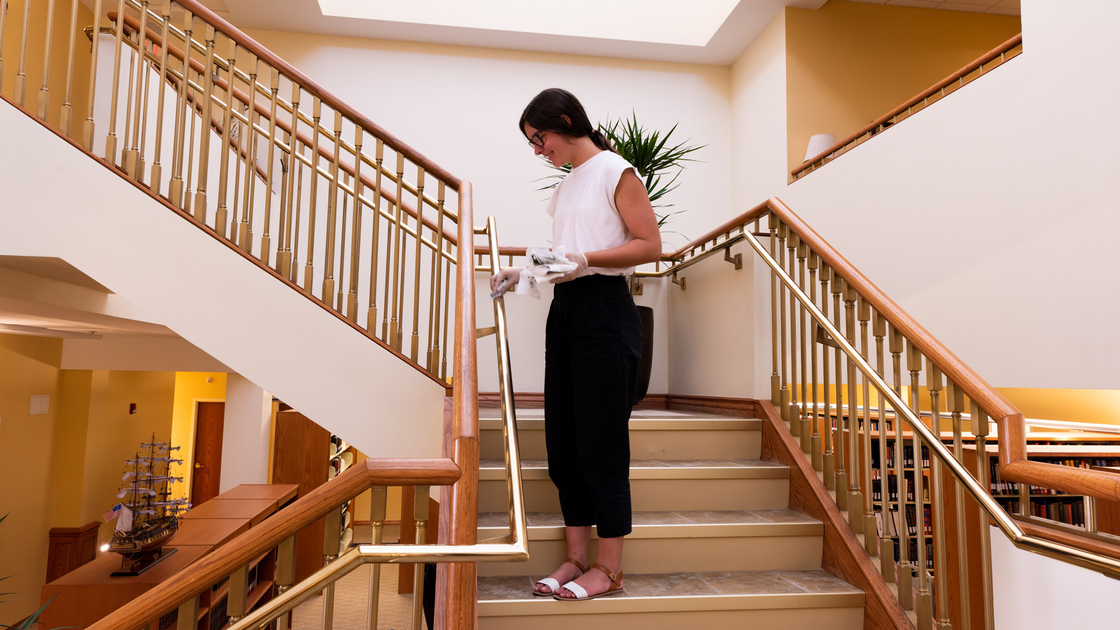 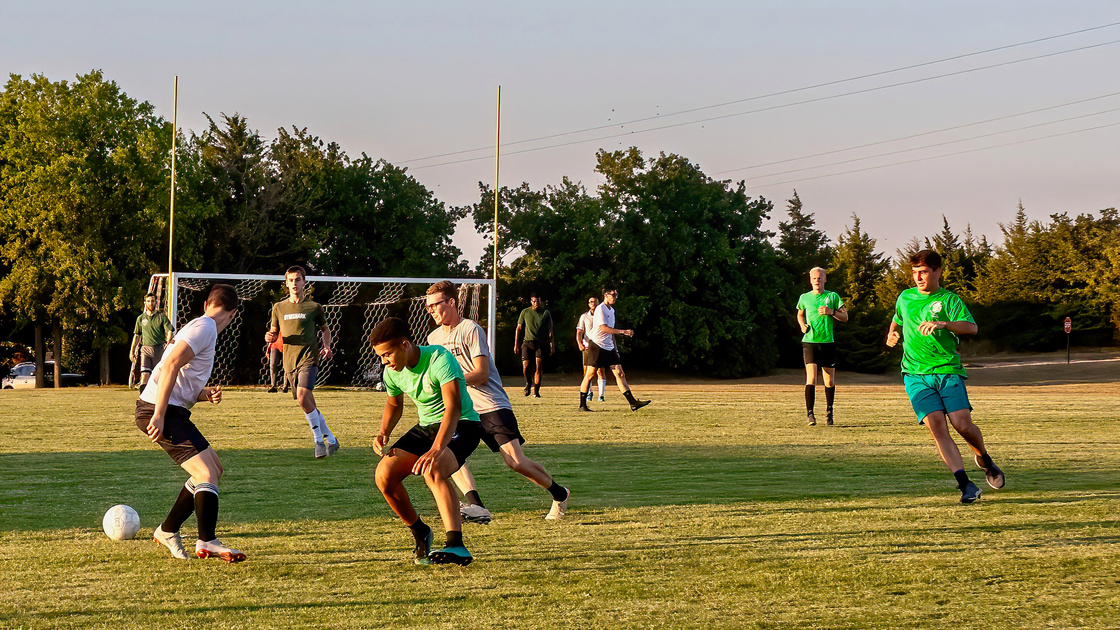 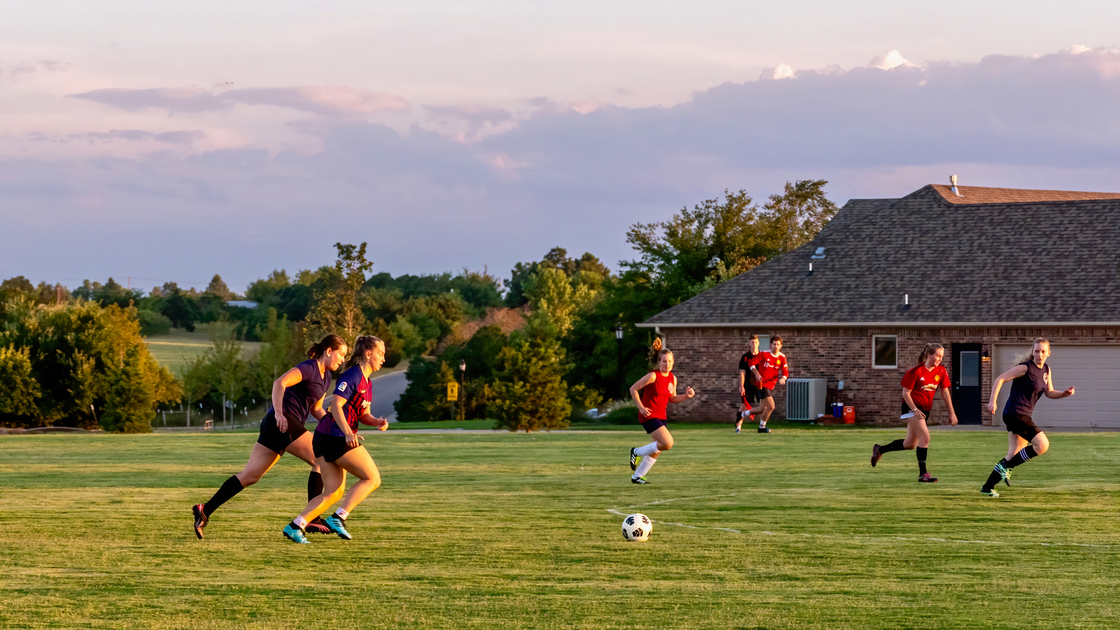 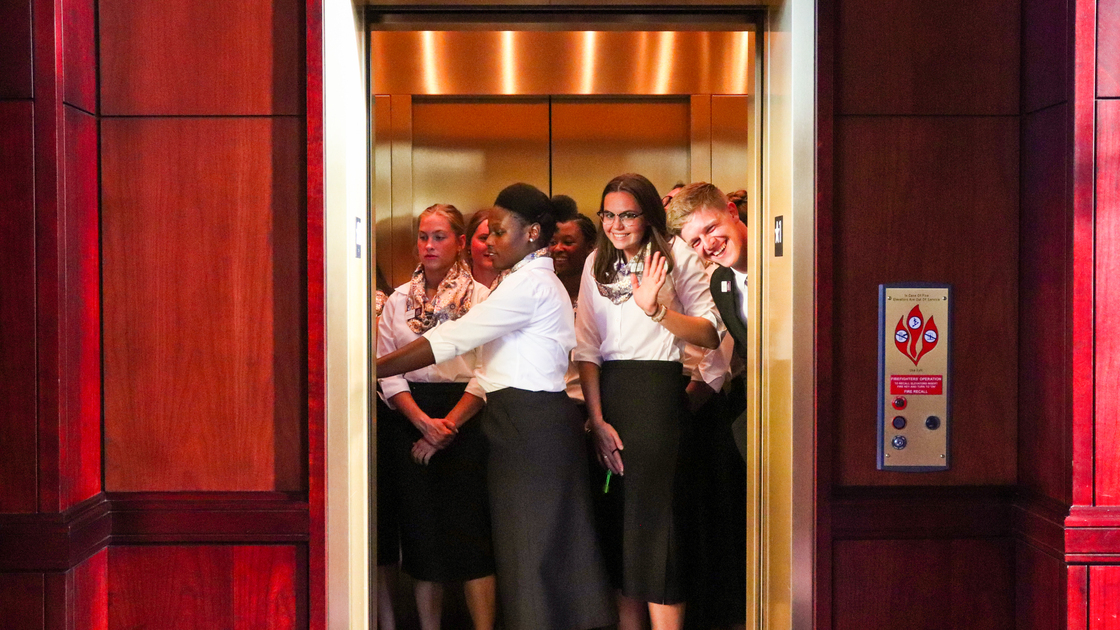 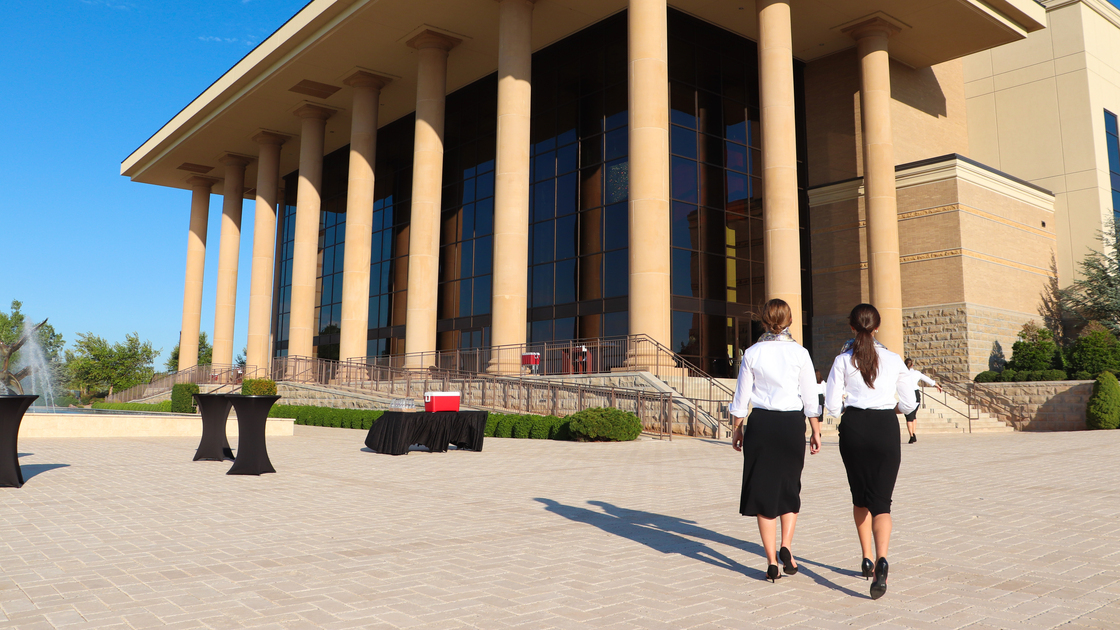 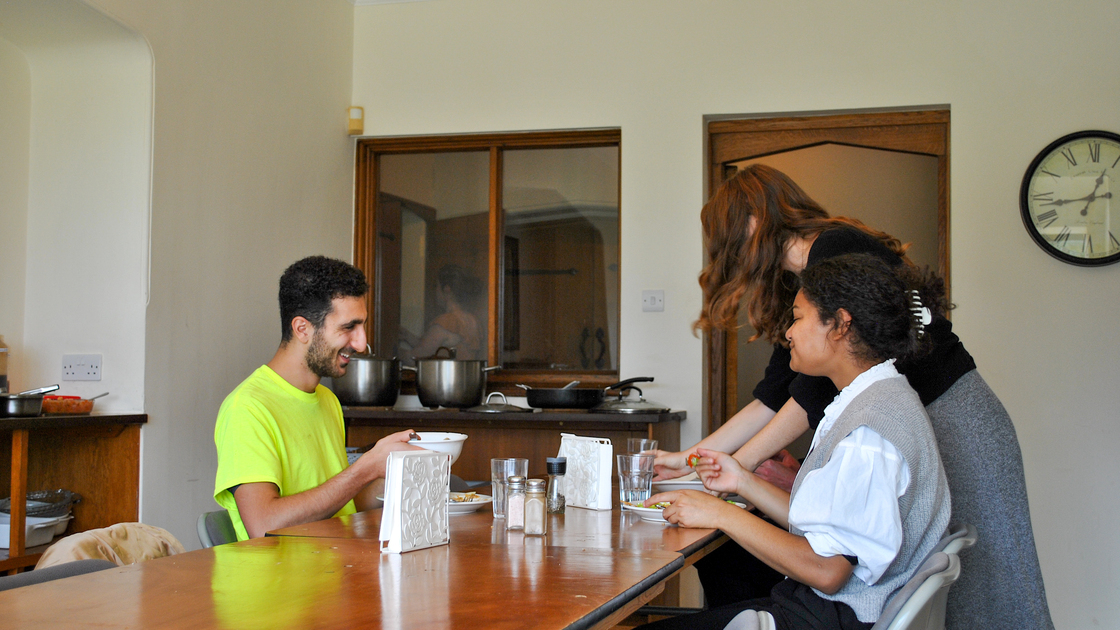 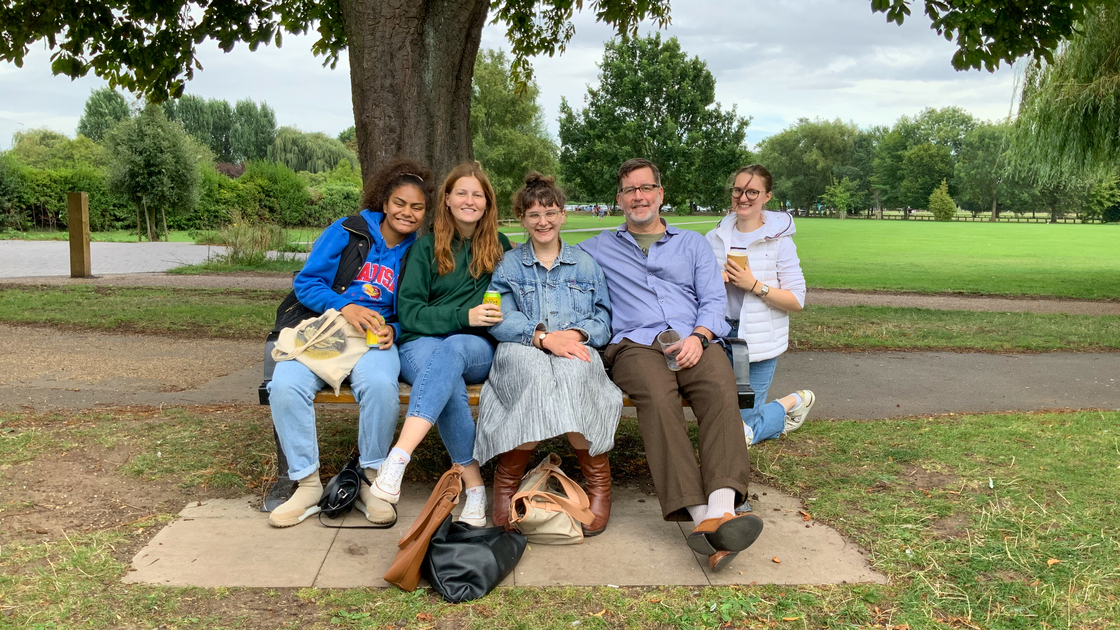 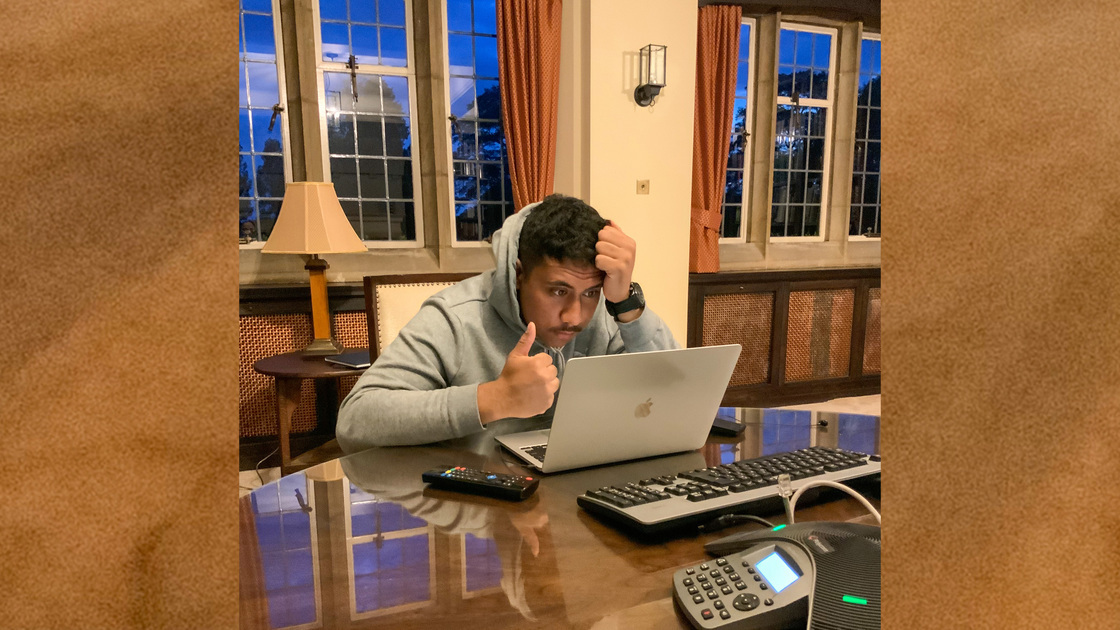 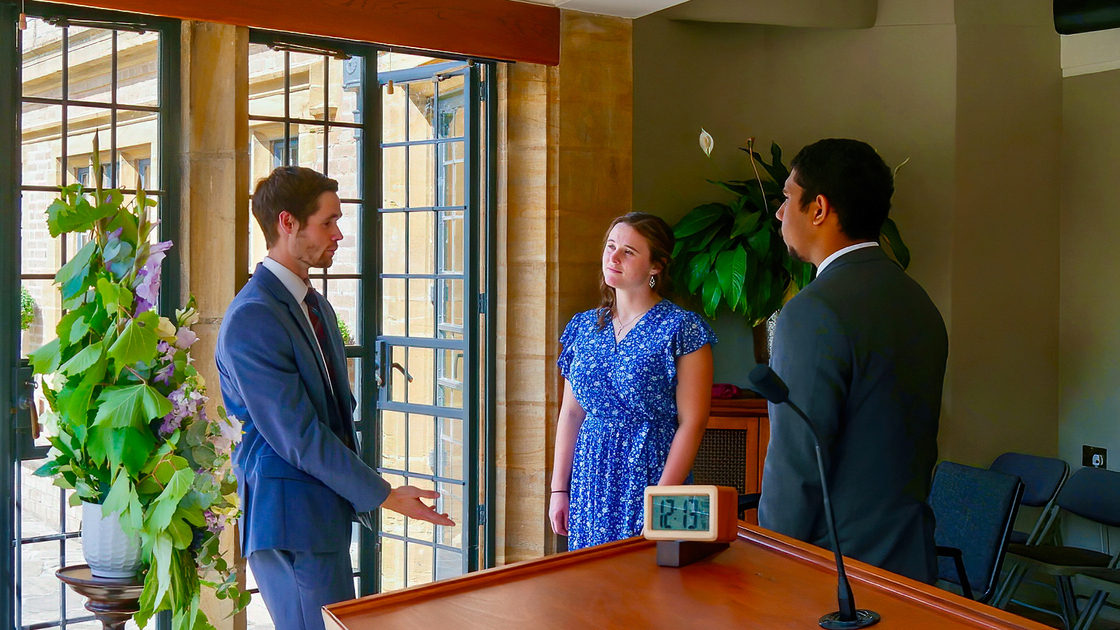 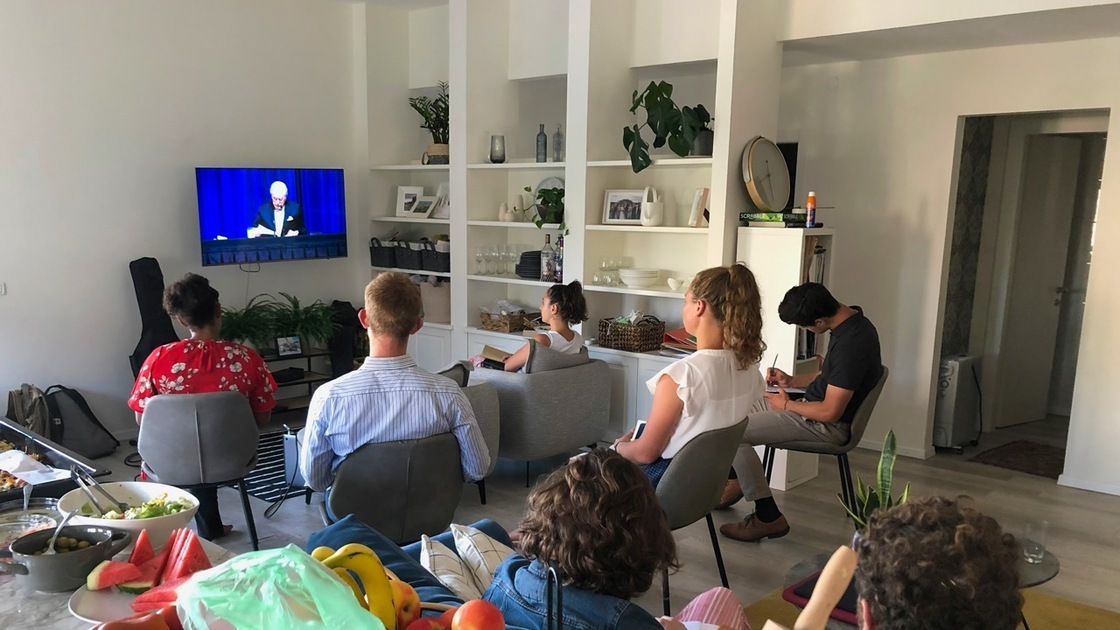 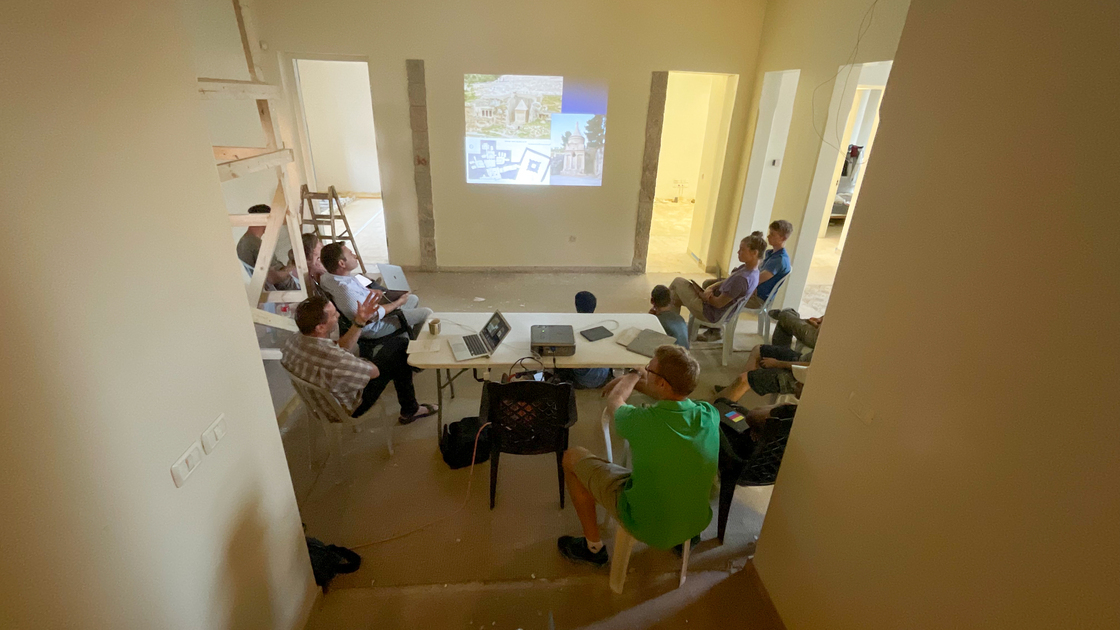 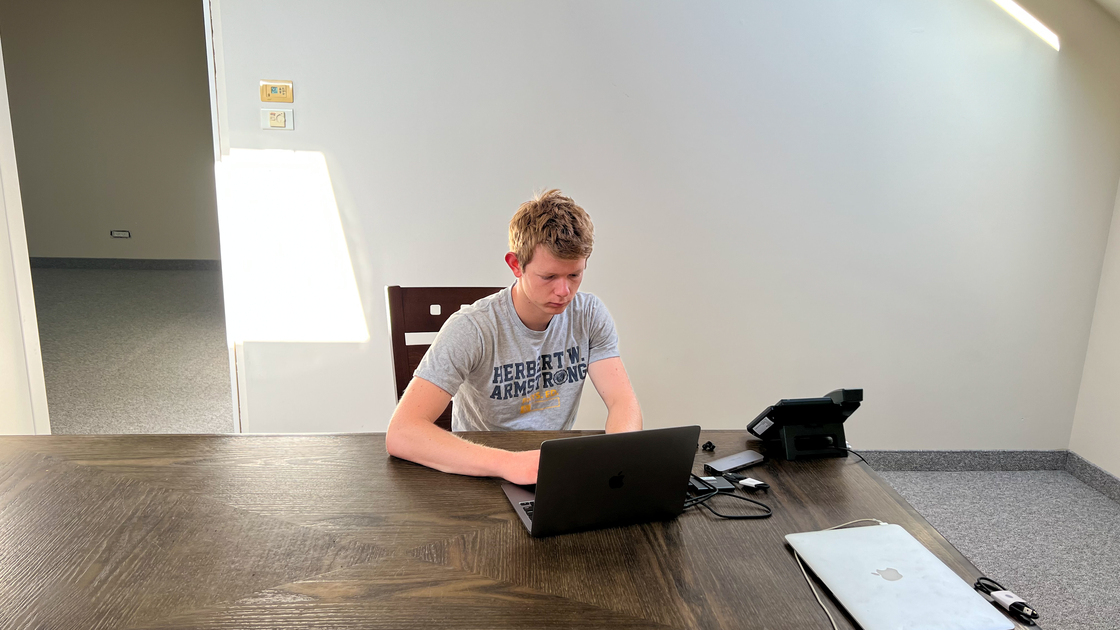 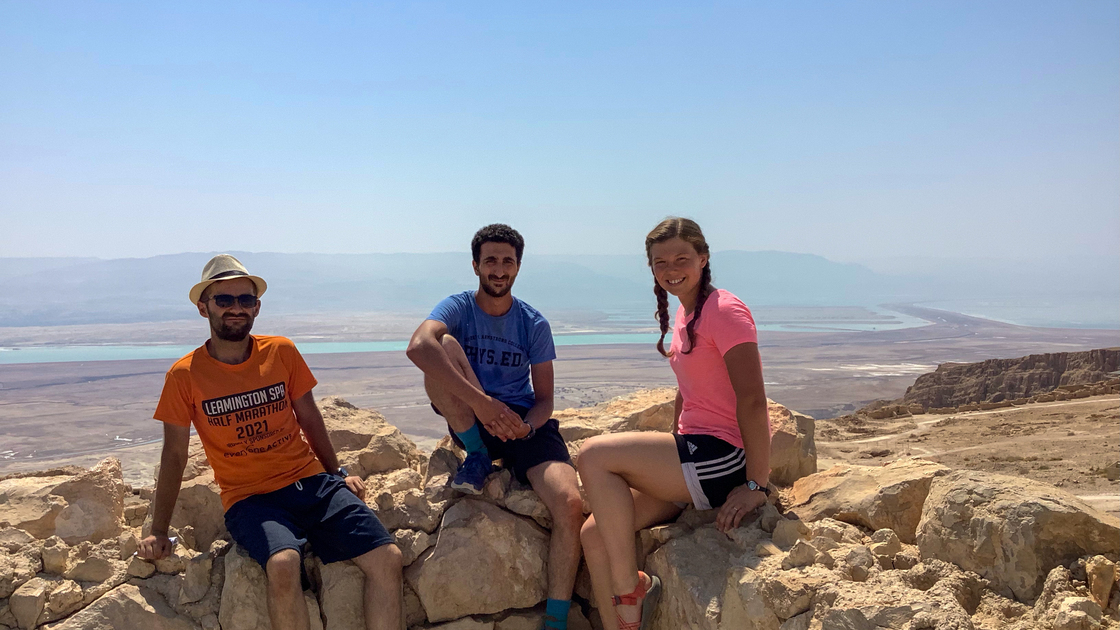 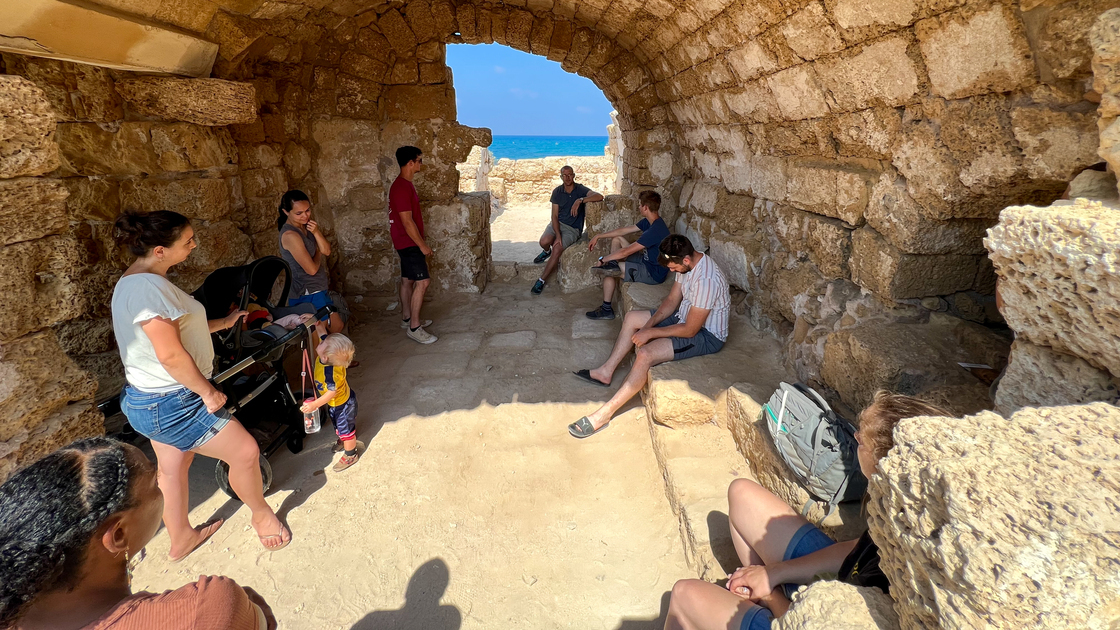 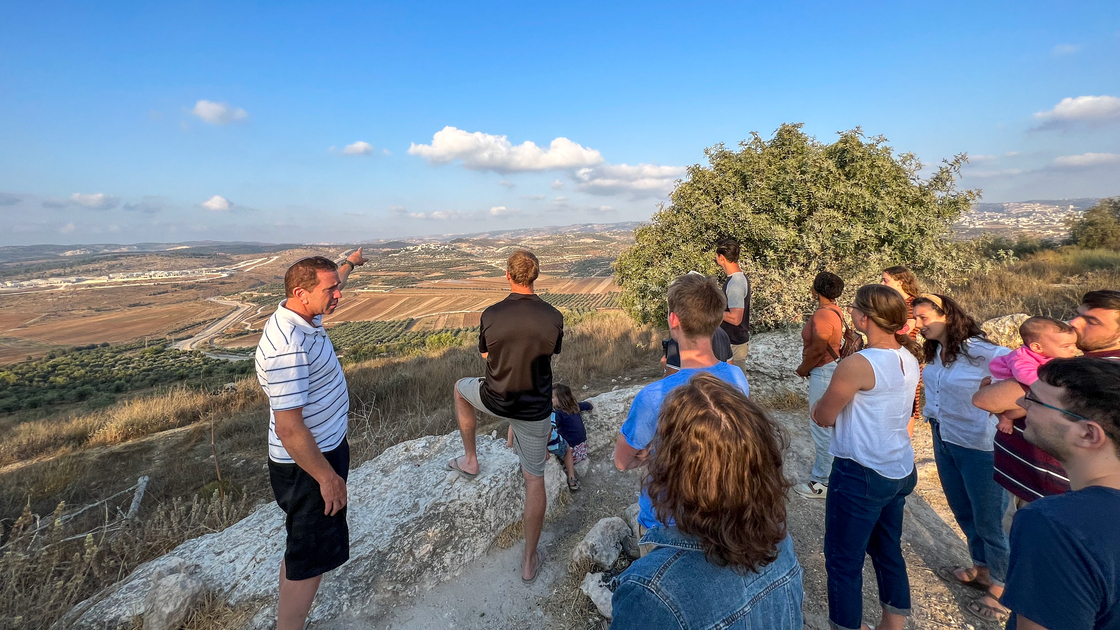 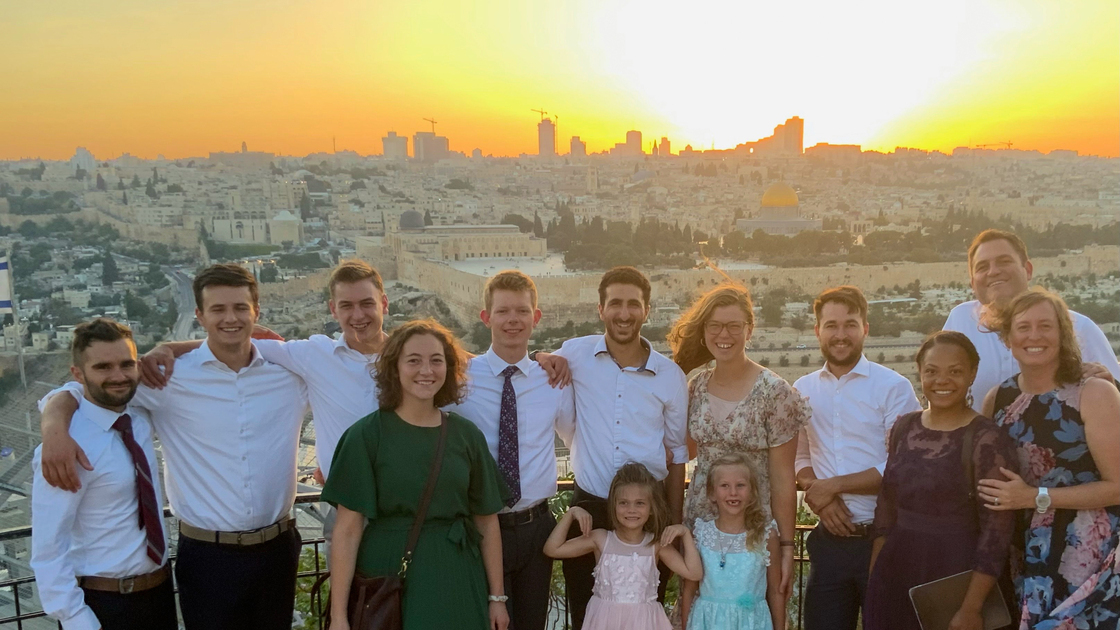 OKLAHOMA––Herbert W. Armstrong college students and faculty finished the sixth week of classes in the 22nd school year. This year for the first time, the Freshman class is split between two campuses, and the student body as a whole has been split between three campuses, spanning three time zones.

At around 7:55 a.m. on the main campus in Edmond, Oklahoma, students begin arriving at the Barbara Flurry Memorial Hall for the first classes of the day: Freshman head off to Life and Teachings of Jesus Christ–a class covering all the way from pre-history to after the resurrection of Christ–Sophomores to Old Testament Survey–providing an overview of the law and history of Old Testament Israel–and Juniors and Seniors to Epistles of Paul–surveying the life and writings of the Apostle Paul.

In Edstone it is about 1:55 p.m., and four upperclassmen have just finished Shakespeare’s English Kings–recorded from the day before and taught by instructor Dennis Leap–and the four Freshman have just come from work: custodial, kitchen, landscaping and maintenance. The upperclassmen gather in the larger downstairs classroom for Epistles of Paul, and the Freshmen assemble in the classroom next door for Life and Teachings. Both classes are livestreamed from Edmond, which is six hours behind.

In Jerusalem it is around 3:55. Two Junior students have just finished their work day at the Armstrong Institute of Biblical Archaeology (AIBA), renovating the basement, preparing for a kitchen to be installed, painting and writing articles for the AIBA. They meet in the upstairs classroom at the institute to attend Epistles of Paul, livestreamed from Edmond, which is eight hours behind.

The college is offering 30 courses total this semester. Six of them are offered online, and 521 online students from 22 countries are taking classes. Fundamentals of Theology has 190 online students, more than any other class. Eight of those are taking the class for credit. Epistles of Paul is close behind, with 188 taking the class online. Nine of the college classes have to be livestreamed by nature of the student body being scattered in three different locations. For those in Edstone and Jerusalem, some of the classes have to be recorded and watched a different day. All three campuses connect via video conference for two forums and one assembly each week where ministerial faculty members have discussed growing spiritually, pursuing robust physical health and being men and women of service and action.

Fundamentals of Theology instructor Andrew Locher said the online classes are “of great value to field members because it exposes them to a more thorough study of God’s revelation.”

The college’s 69 students are spread between 31 jobs, some working in as many as three departments, assisting in agriculture, buildings and grounds, call center, custodial, editorial, food services, information technology, music, as teacher assistants and in translations.

In Edmond, the weather has been cooling off with highs in the low 90s and lows in the high 60s, and the landscaping crew has been working to get campus ready for the Feast of Tabernacles, laying down mulch in flowerbeds across campus as well as weeding and trimming around the Auditorium.

The agriculture department just acquired 300 chicks and a calf. They have been renovating the chick houses, automizing more of the water for the chickens to save staff time and seeding the fields for more grazing. The custodial department has been deep cleaning the major buildings on campus.

In England, highs have been in the 60s. Edstone Hall is housing four freshman, one junior and seven seniors, one person shy of full capacity. Unlike Edmond, where about three kitchen workers in rotating shifts prepare breakfast for the college, the students in Edstone make their own breakfasts. Around 30 students and staff eat lunch together in the dining hall. Dinner is generally just the students and minister Colin Hercus’s family, about 15 people.

Junior Selah Harms said that although the activity level in Edstone is less than in Edmond, “there is never a dull moment! It is a relaxed pace, but a very positive and lively environment. You see the same people each day and everything is in the same building so you become very close with those around you.”

With only 12 students in Edstone–four Australian, two British and Canadian, one French and three American–everyone has two or more jobs. Senior Jacob Haddad said that because the student body is so small, “You pick up jobs as a student or get assigned tasks that you couldn’t do in Edmond because there are more experienced workers there.”

In Jerusalem, the days have been in the 80s, but at night it cools down to the low 60’s. The workload at the institute is “challenging but fun” according to assistant dean of students Brad Macdonald, who returned from Jerusalem two weeks ago. “With so much happening around the institute, and contractors calling and coming and going, it was hard to focus. But preparing and delivering classes provided a nice break from the pressure of thinking about the Institute. Plus, it’s always nice to be engaging with the students and spending time with them.”

Students from all three campuses have been organizing and attending extracurricular activities, something that helps the students “learn to balance the priorities in life” and to “share with the family” according to Mr. Locher. In Edmond, the athletic department assigned students and members of the congregation to teams for the intramural soccer season. Games are played on Sundays, Wednesdays and Thursdays. They have watched a documentary on the coronation of Queen Elizabeth II, hosted dinners and spent time together in other activities.

Local members and students in Edstone camped out on the weekend of August 28, pitching tents on the Edstone grounds. On September 5, students and faculty from Edstone took a trip to Windsor Castle, the largest and oldest occupied castle in the world. In Jerusalem, students visited various historical sites around Jerusalem including the City of David, the Mount of Olives, the Old City and Hezekiah’s Tunnel. They spent one Friday travelling to the Dead Sea, Masada and the Ein Gedi reserve.

As the Feast approaches, students from all three campuses of Herbert W. Armstrong College continue with school, work and activities while also making travel plans and accommodation plans for the Feast sites they will attend: 35 in Oklahoma, seven in Pennsylvania, five in Montana, three in Florida and Arizona, 10 in the United Kingdom and two in South Africa. The remaining 27 weeks of the 2022-2023 academic year will be full of learning, working and activities.