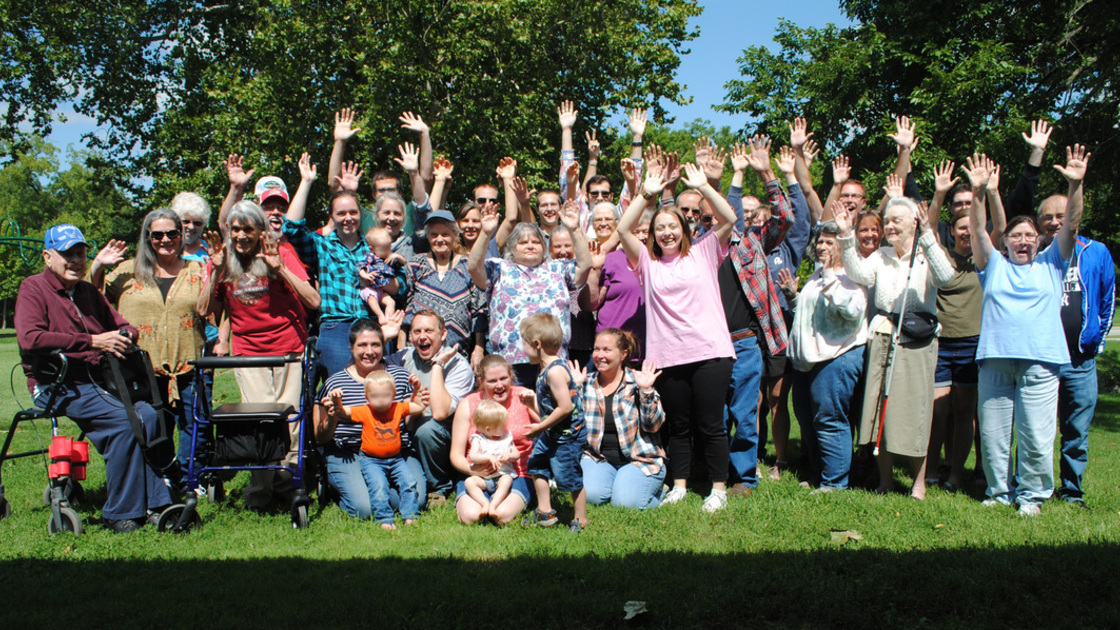 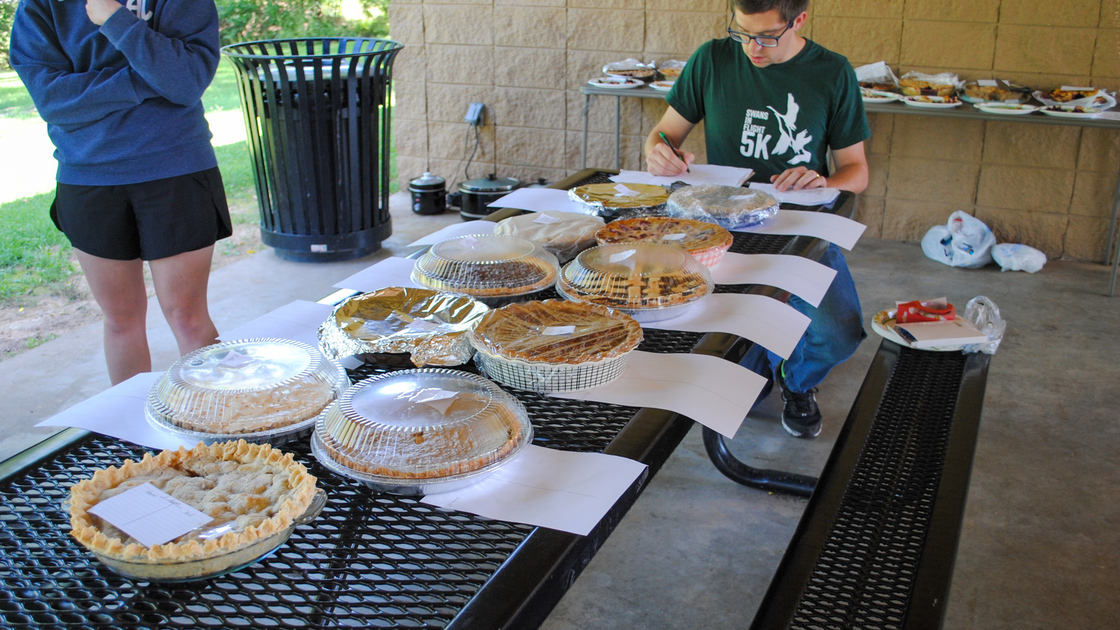 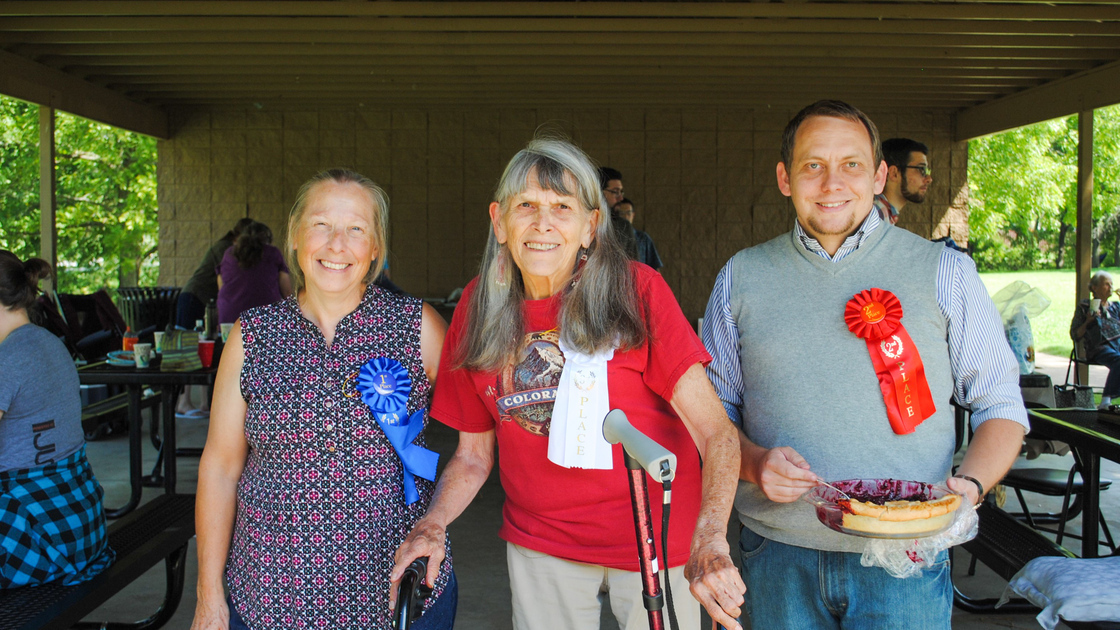 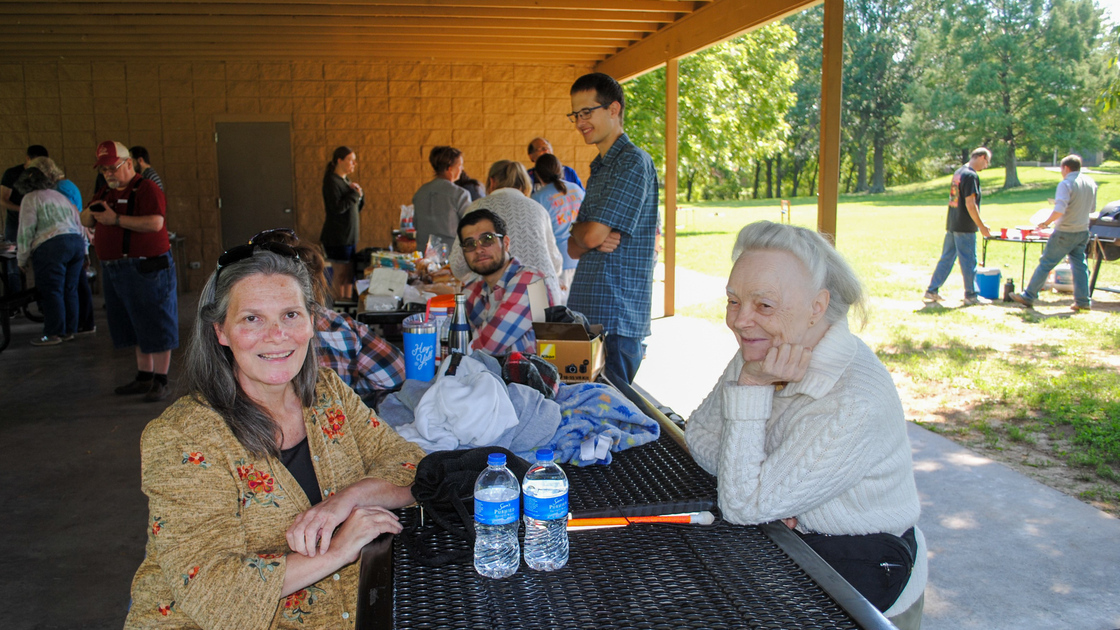 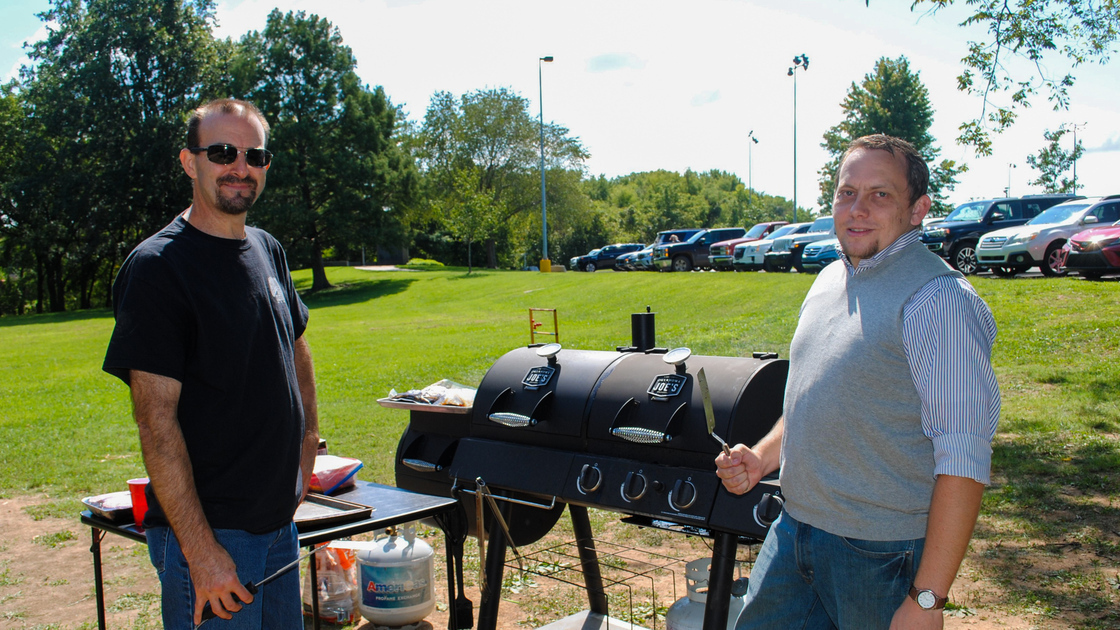 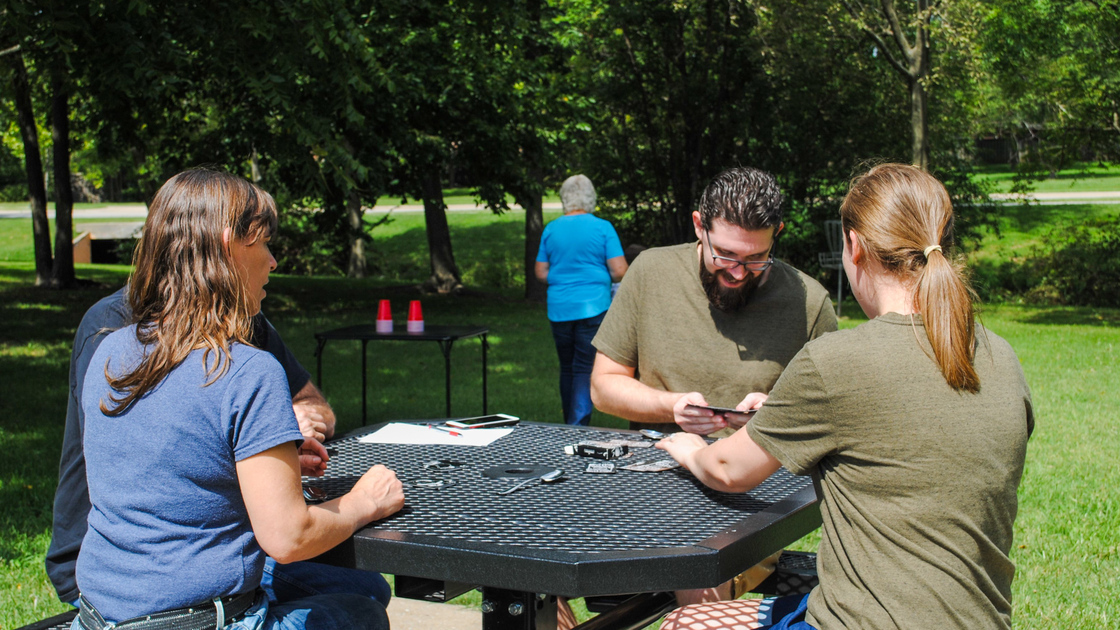 ARKANSAS––On Sunday, September 11 over 30 members from the Philadelphia Church of God congregation in Northwest Arkansas combined for a picnic at Memorial Park in Bentonville. Members ate lunch, held a pie competition and participated in a wacky games contest.

A set up crew arrived early to prepare the pavilion and the grill, while the majority arrived around 10 a.m. The morning was cool, but the temperature rose to the low 70’s. Just prior to lunch, judges tasted the pie entries, giving Leona Davison’s apple pie first place.

After lunch, there was a silent pie auction with a selection of nine pies, raising nearly $200 for the Church. Members of all ages then organized into teams and competed in the “Extravaganza Bonanza Wacky Games Contest”, with game stations including “spoons”, solo cup stacking and more.

“The picnic was awesome—wonderful fellowship and great food! The wacky games were so good. I appreciated all the effort of putting them together, and loved that we had ages ranging from two years to 70 years old participating in the wacky games! That really makes it special,” commented Becky Diesner.

Brethren fellowshipped and played croquette to conclude the afternoon. Georgia Zoellner remarked, “It was a beautiful day! The wacky games were the highlight of the day. They were great fun, and allowed for everyone to build a stronger family bond.”