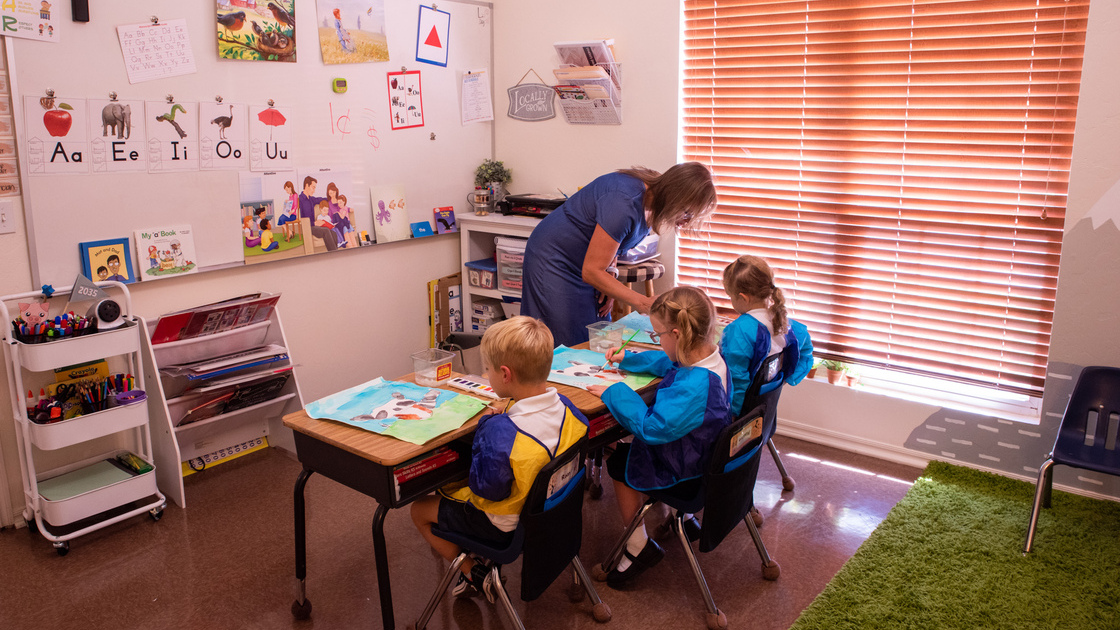 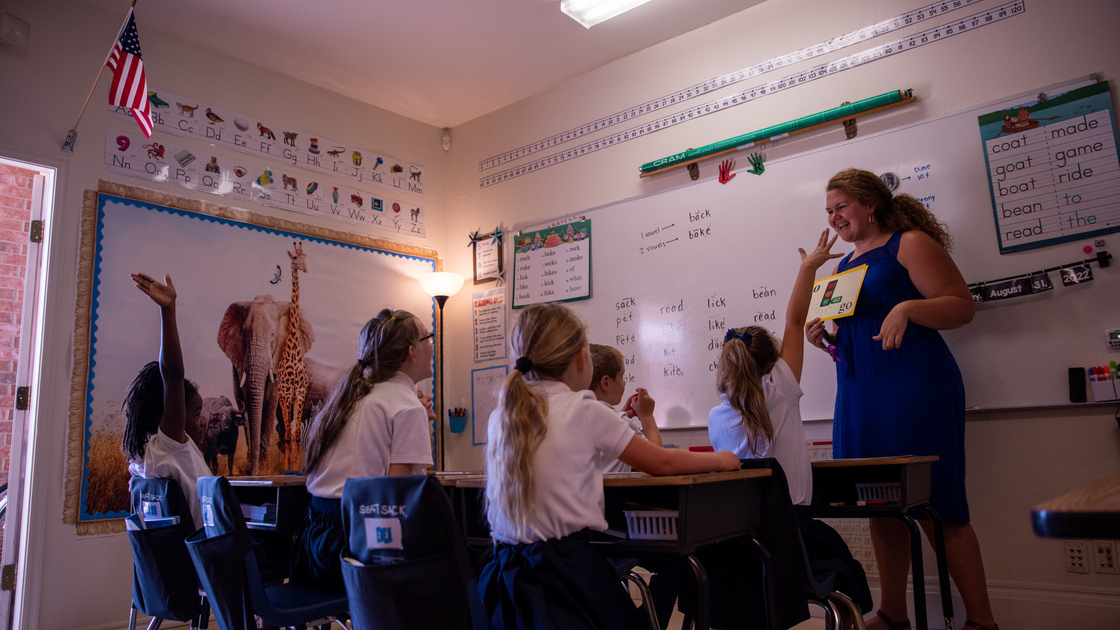 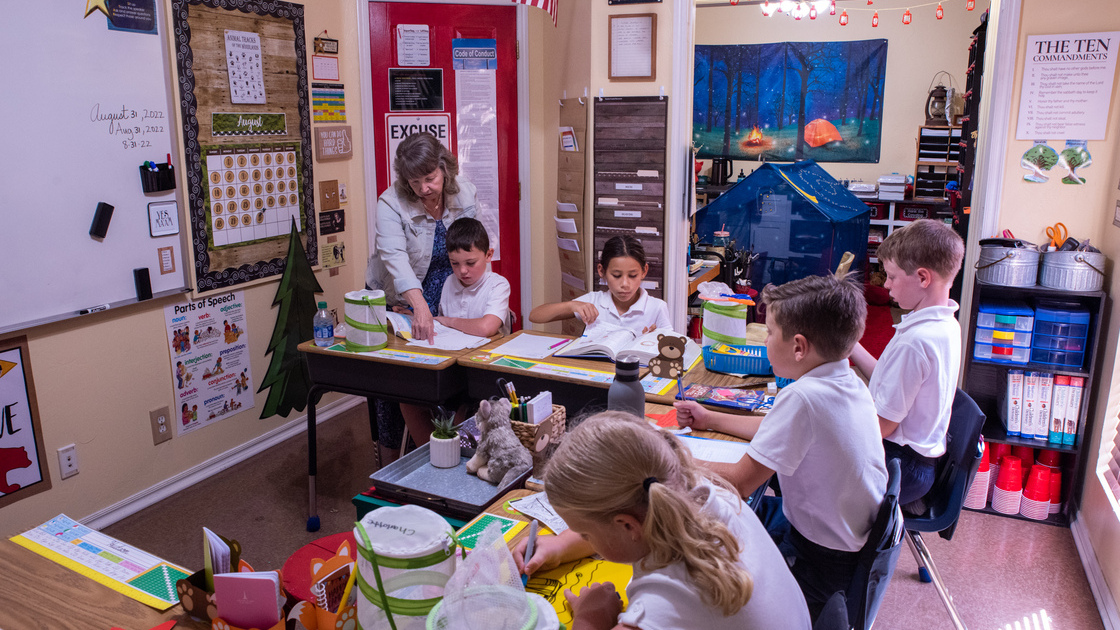 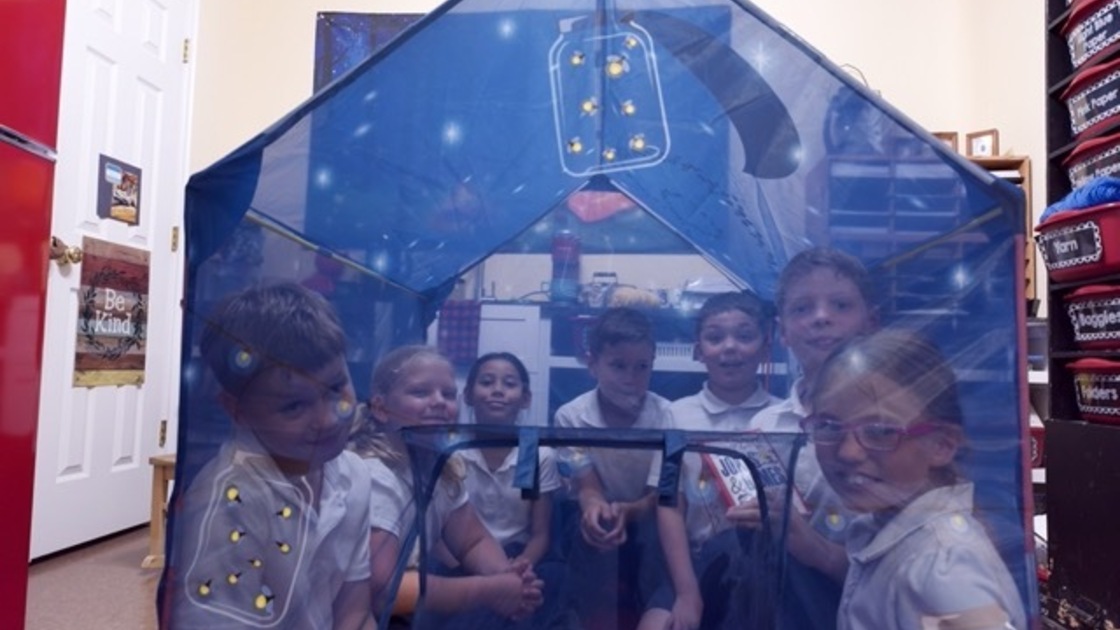 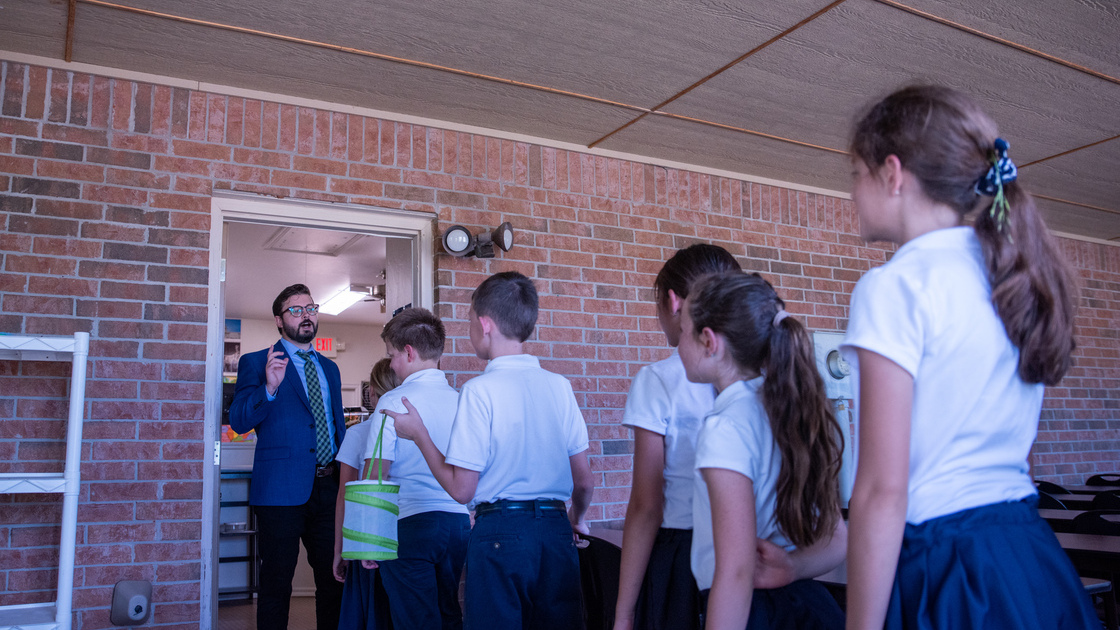 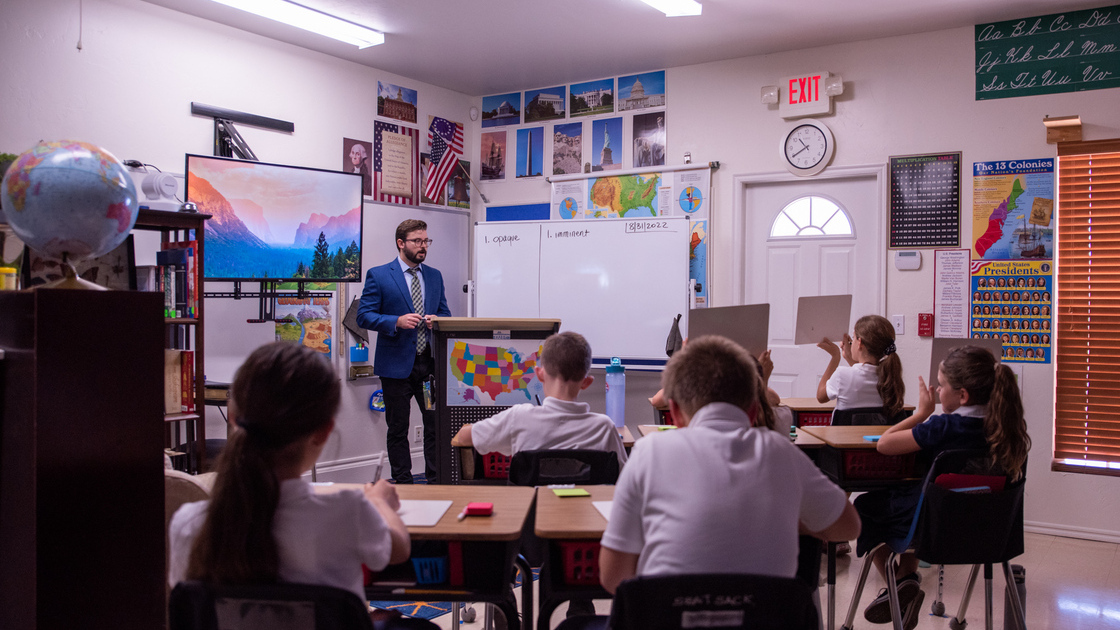 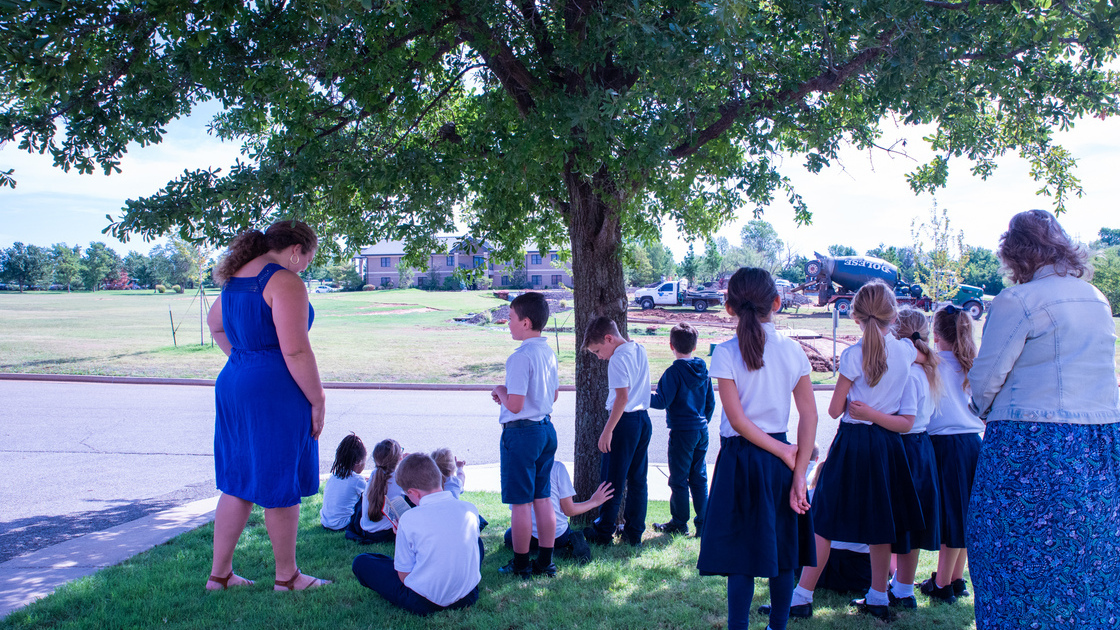 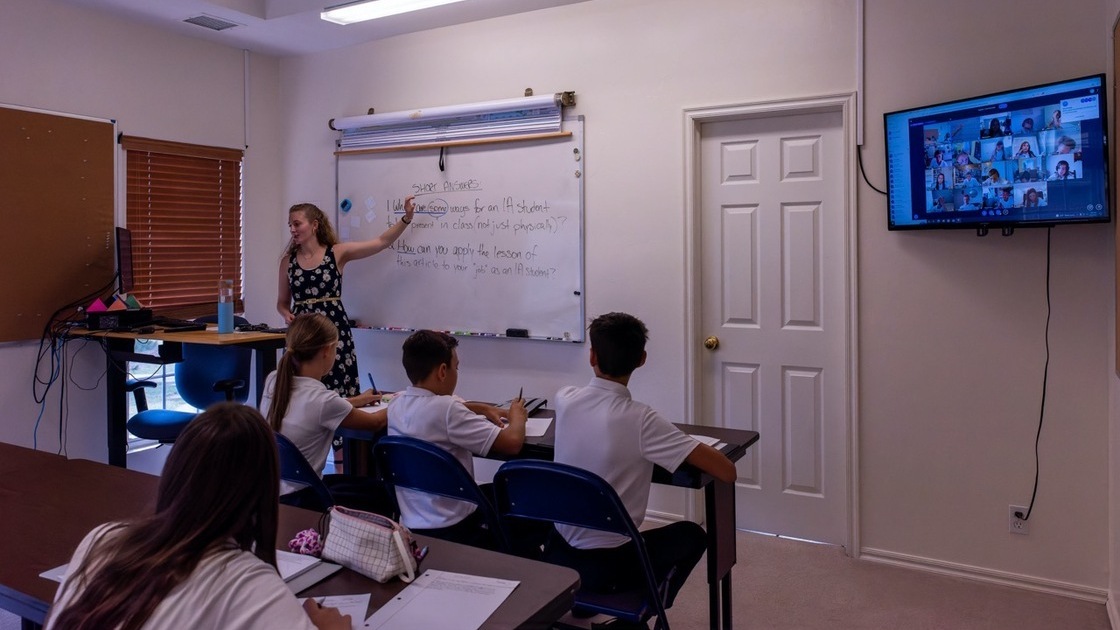 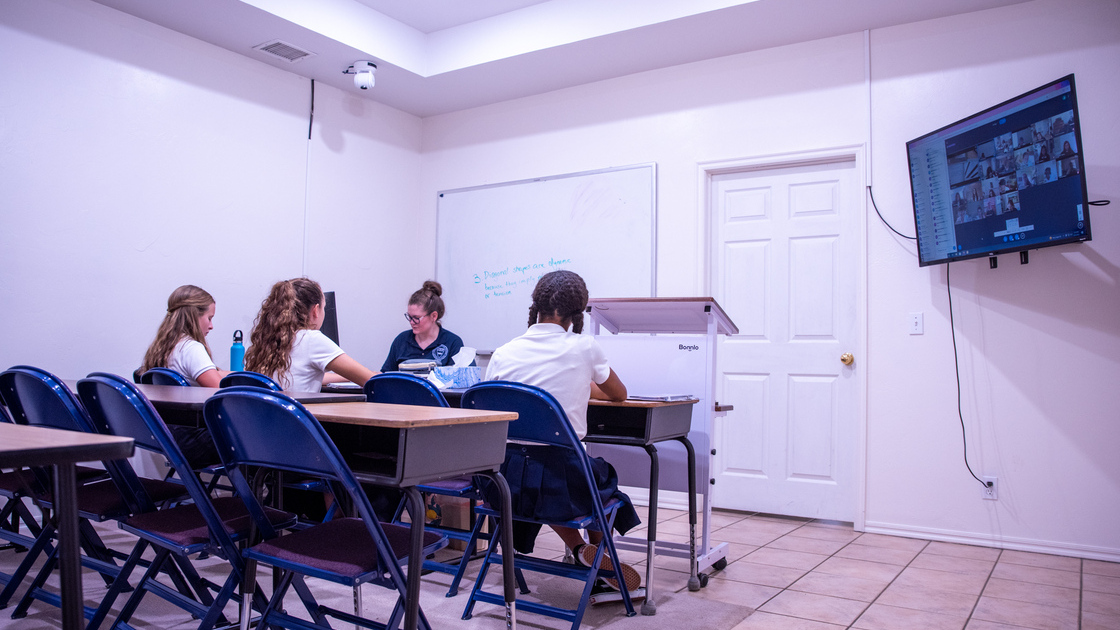 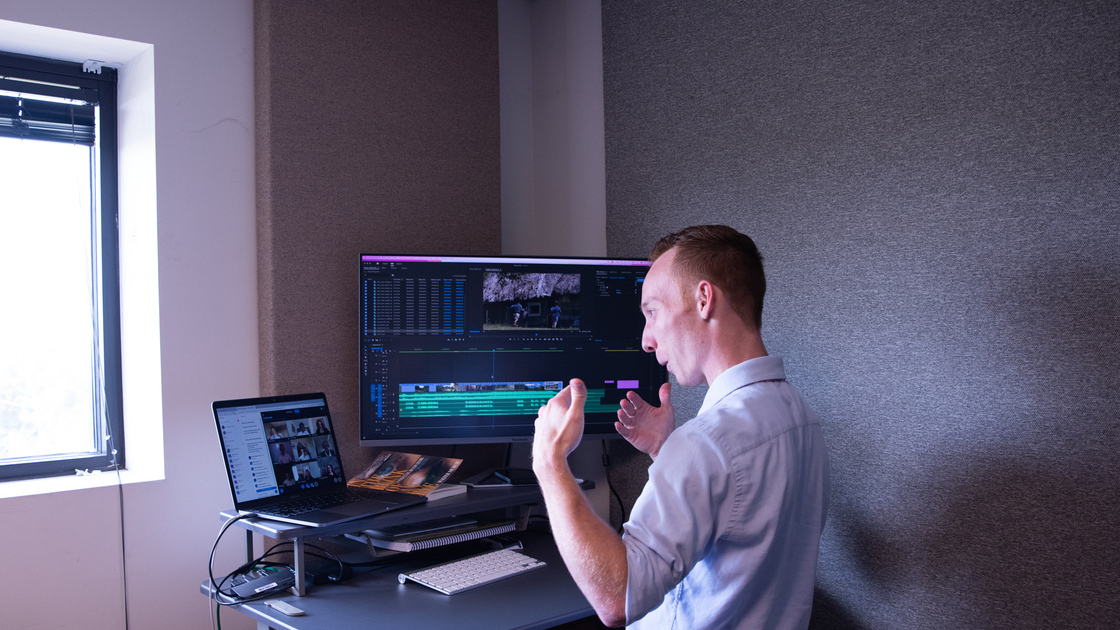 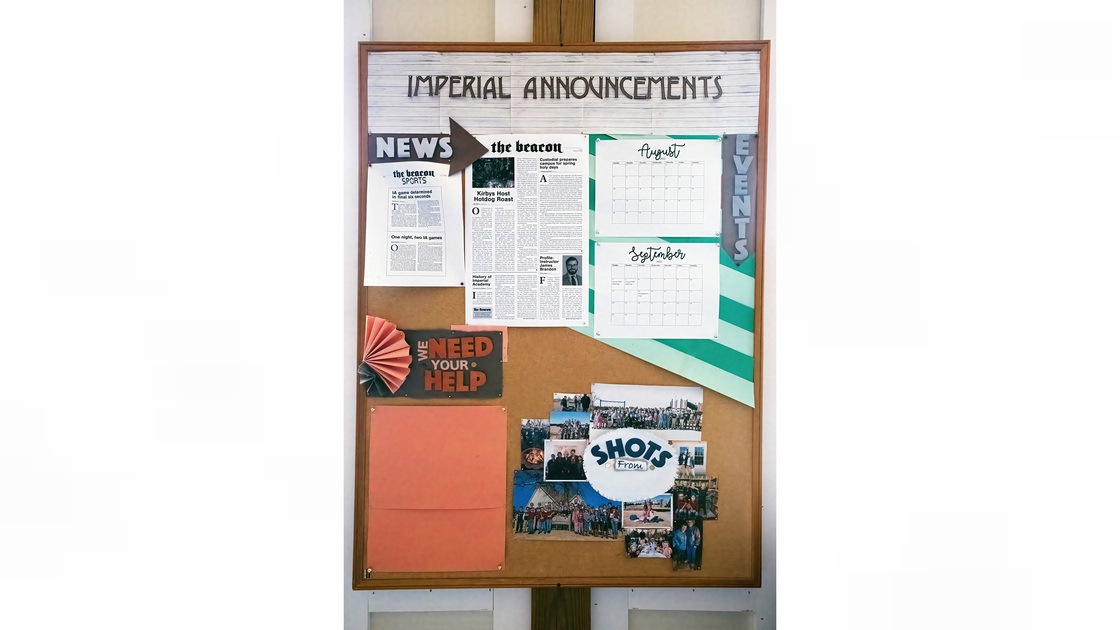 OKLAHOMA––Since August 16, activity at Imperial Academy has been going at full tilt for its 15th academic year. Attendance includes 141 students from three countries and 21 American states. In the secondary grades students are enrolled in 36 courses, from Astronomy to World History, participating in seven clubs, and conducting a student council with 12 members from middle school through high school.

The school has been running since 2008. This year Imperial Academy principal Joel Hilliker is emphasizing formalized character development by continuing to implement and expand rules of conduct introduced at the Summer Educational Program that ran from July 11 through 31. The new Imperial Code of Conduct is adapted from The Essential 55, by Ron Clark, a book recommended by former Imperial Academy Principal Wayne Turgeon. This book was also emphasized during the four days of Imperial teacher training meetings from May 31 through June 3. The rules encourage students to be grateful, positive and kind, to show respect to teachers and fellow students, to drive themselves to excel in their academics, and to cheerfully obey.

Assistant Principal Cole March said, “We plan to emphasize particular parts of the code throughout the year and give teachers suggestions on ways to put them into practice in their classrooms. Mr. Hilliker has already highlighted Rule 4: Be Happy and Enjoy Life. He has discussed ways we can make our classrooms places where students feel free to express their ideas.”

The administration is also seeking ways to improve parent-teacher communication, as well as the connection between the online students and their teachers and peers from Edmond. Mr. Hilliker said: “Getting the on-liners involved has been significantly easier since introducing new software specifically designed for the online classroom environment. New cameras have also been installed in the classrooms so on-liners can view both their teachers and their fellow students in Edmond. On-liners also have more opportunities for social interactions outside of the classroom through the clubs and through chatting with each other in an online student lounge that is open during lunchtime.

The two most prominent IA clubs are the “Future Husbands and Fathers” and “Future Helpmeets and Mothers.” These mandatory programs are designed to encourage students to build the knowledge and skills that will prepare them for their future in family and leadership. In the program, students complete challenges related to their future roles to advance through five levels. For the boys the levels are: gentleman, knight, baron, earl and prince. The five levels for the girls are lady, dame, baroness, countess and princess.

To facilitate the goal of getting more family involvement, the elementary grades are planning a Grandparents Day, where students’ grandparents will visit for lunch. Kindergarten teacher Jennifer March has planned for the mothers of her students to come in and help with snacks and crafts for the event.

New and semester classes this year include Understanding Music, Artisanship, Critical Thinking and Independent Study. Understanding Music is an optional online-only class that occurs while Edmond students attend Physical Education. Instructor Ryan Malone teaches from the booklet How God Values Music. Students progress through four units: essentials, timing, tuning and timbre. The first unit is an overview of musical arts, the second and third are about rhythm and pitch, and the fourth is about the various sounds of different instruments and instrument families.

In Artisanship, a seventh grade art class, students are learning an assortment of hands-on skills including sculpting, calligraphy, leatherwork, woodcarving and stamp making. Students are currently doing “still life” works of art which depict commonplace subject matter, using acrylic paints and will soon move on to watercolor painting. ­­”Instructor Reese Zoellner and elementary teacher James Brandon came up with the idea for the class because they wanted to do “a big sweep of as many different mediums and crafts as possible,” said instructor Emma Moore.

Critical Thinking, an eighth-grade class taught by instructor Brett Roberts, aims to help students use observation and questioning to solve problems and think about problems from different angles. Independent Study, a 12th-grade class, was added to the curriculum in order to help seniors take initiative with their education, set goals for themselves and pursue specific areas of interest.

Imperial has nine new teachers this academic year, including eight four-year graduates of Herbert W. Armstrong College, three of whom graduated in May. Three are working as teacher’s assistants for primary and secondary classes, monitoring lunches, creating assignments and activities, helping with grading and even teaching.

The student council began its second year with a meeting on Wednesday afternoon 9/7/2022, discussing things such as possible field trips, IA merchandise and school sports teams.

Mr. Hilliker said: “The student council has been a really great way of giving the kids more ownership of what’s happening in the school and taking more personal responsibility to find ways to improve their experience at the school, and they’ve introduced a lot of ideas that we’ve been able to implement. It’s made the school better, and it’s made the students feel more like they’re a part of it. It’s not just something that’s just being imposed on them. It’s an experience that they’re helping to create.”

As IA continues to expand and improve with new classes, teachers and activities, Herbert W. Armstrong College students and faculty are heading into the fifth week of the 21st school year since the college’s founding in 2001.