Powering Your Body
What you and the Hoover Dam have in common
By Joshua Taylor • Sep. 8, 2022 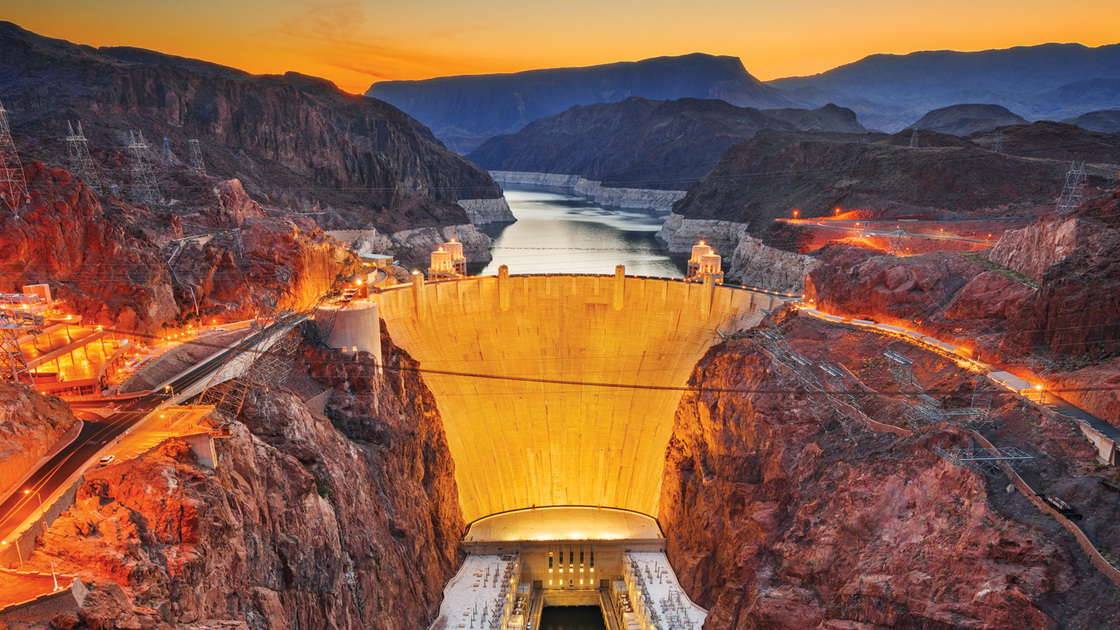 At 726 feet tall and 6.6 million tons, the Hoover Dam is one of America’s greatest engineering marvels. What do the Hoover Dam and our bodies have in common? Both of these incredible engineering feats generate power. In fact, the generators the Hoover Dam uses to produce electricity look and work similarly to the ones God created to power our bodies.

The Hoover Dam is a hydroelectric dam: It harnesses the kinetic energy of the mighty Colorado River flowing downstream and turns it into electricity. To do that, the dam funnels the water through four water gates called “penstocks” at the back of the dam. The water falls over 500 feet and roars into the power station at the base. But the real stars are inside the power station: the dam’s electric generators.

At the bottom of the generator is the water intake and the turbine. The turbine is like a water windmill. As the water comes cascading in from the back of the dam, it spins the turbine at about three revolutions per second—an impressive rate considering the water has to rotate over 400 tons of machinery.

All living things are made up of cells. And just as our bodies have organs, each of our cells also has organelles responsible for breaking down nutrients to produce new substances, transporting material and keeping the cell alive.

One particular organelle is responsible for powering every function of and in the cell, whether a muscle cell contracts to lift a heavy weight, or a nerve cell sends a signal to your brain letting you know you’re in pain. Meet the powerhouse of the cell: the mitochondria.

As cars need fuel, our cells need atp: It powers everything our cells—and therefore our bodies—do. The body uses so much of this substance that we recycle and reuse our body’s weight worth of atp daily, with each molecule being recycled up to 1,500 times per day.

Mitochondria produce atp through a chemical process called atpsynthase. The cellular structure used to complete this process is comparable to the Hoover Dam’s main turbine generator. They look similar because their processes are mechanically identical: On the bottom of the atp generator, you have a biological “turbine.” Just as the Hoover Dam’s turbines are turned by a flowing liquid, the atp turbine is turned by individual hydrogen atoms that want to cross the barrier beneath the atp generator. In both cases, the only way to get across the barrier is to go through the turbines. As the hydrogen atoms spin the turbine, it turns a biological “crankshaft” attached to it, which moves the components of the generator at the top, producing atp.

The Hoover Dam uses 17 generators. Your body has over 10 quadrillion of them—1 followed by 16 zeros. It would take over 2,000 years for that many gallons of water to flow over Niagara Falls.

Mankind has designed incredibly clever machines, devices and feats of engineering such as the Hoover Dam. But the Hoover Dam and its generators have been around for less than 100 years; the atp generators God designed have been powering mankind since God created Adam and Eve almost 6,000 years ago! Man may think he invented generators, but God had him beat by thousands of years.

Millions of people visit the Hoover Dam every year to see one of mankind’s greatest engineering achievements. Maybe you have or hope to someday. But as you marvel at the Hoover Dam, remember to marvel at something much more spectacular: the power generators in each of your cells and—more importantly—the mind that created them.