Artistic Insights: The Tower of Babel
A deep-dive into a Renaissance masterpiece.
By Mihailo Zekic • Sep. 2, 2022 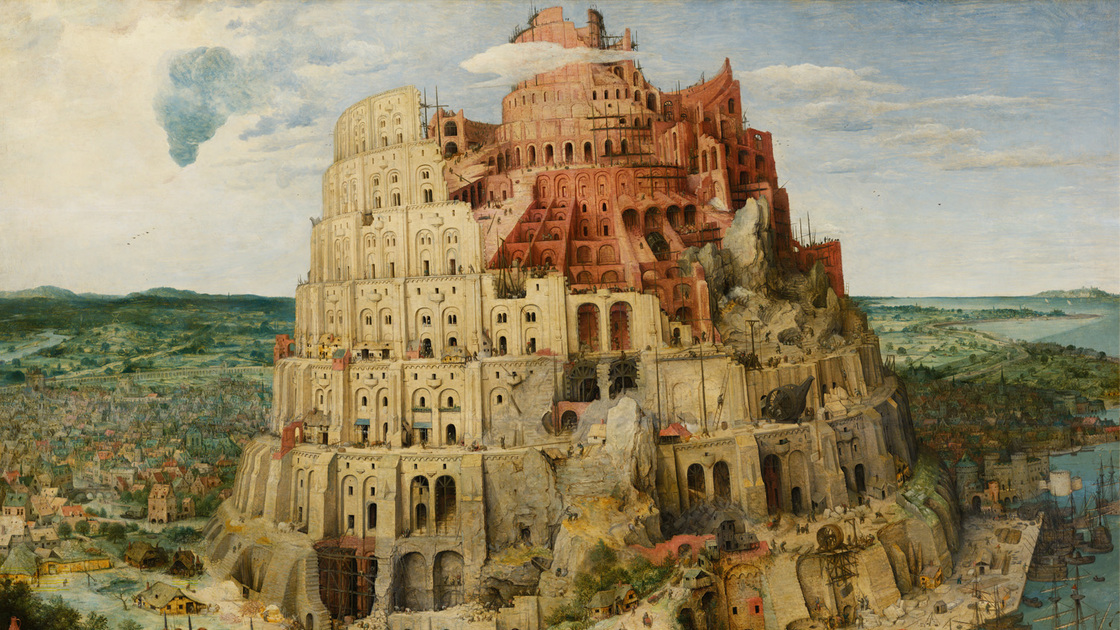 “Your ability to be inspired by a symphony, to be enriched by a sculpture, or to be uplifted by a sunset is a miracle,” Ryan Malone writes in How God Values Music. “That ability is possible because of the God-like mind that God created in you. … This ability makes the human being a unique creation. No animal has this ability. God gave it only to man because of our unique and special purpose. A feature of the unique, God-like mind that humans possess is the ability to appreciate creative, artistic endeavors.”

God is a Creator. God created man in His image and likeness (Genesis 1:26). Man’s mind, unlike that of animals, has creative powers reflective of God’s. Man can design artistic projects and appreciate them. When man takes the time to create a work of art, he is using similar creative abilities God used when He formed the Earth and its myriads of natural curiosities.

Today, we’ll look at one such work of art that testifies to this creative quality in the human mind. This is the painting The Tower of Babel, by Pieter Bruegel the Elder. 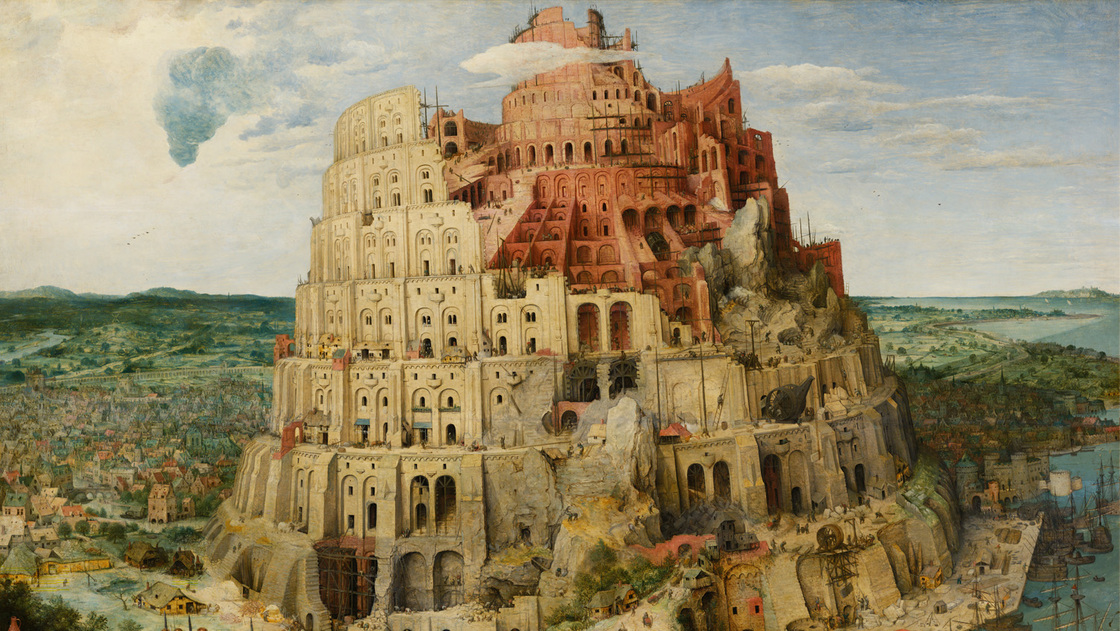 The setting takes us back millenniums ago. After the biblical Flood sent by God to punish man for his sins, mankind settled in “a plain in the land of Shinar,” or central Iraq. “Come,” the people said to one another, “let us build ourselves a city, and a tower whose top is in the heavens; let us make a name for ourselves, lest we be scattered abroad over the face of the whole earth” (Genesis 11:4; New King James Version). In other words, far from learning the lesson of the Flood, man wanted to openly defy God and build a tower—the first tower to scrape the sky—so big and imposing that man could be forever protected from divine punishment. To stop the building of the tower, God confounded men’s language. With men no longer able to communicate, construction ceased and the project was a failure.

The painting is about 5 feet wide by 4 feet tall and was painted around 1653. The massive tower, like a giant layered cake, takes up most of the space. Though still under construction, it has achieved its purpose of reaching the sky, taller than even the height of the clouds. Puny workers scurry like ants in and out of its many entrances.

There is an amazing attention to detail in The Tower of Babel. The tower may be the main subject of the painting, but Bruegel puts myriads of people swarming all over the tower, each busy with his or her own activities. 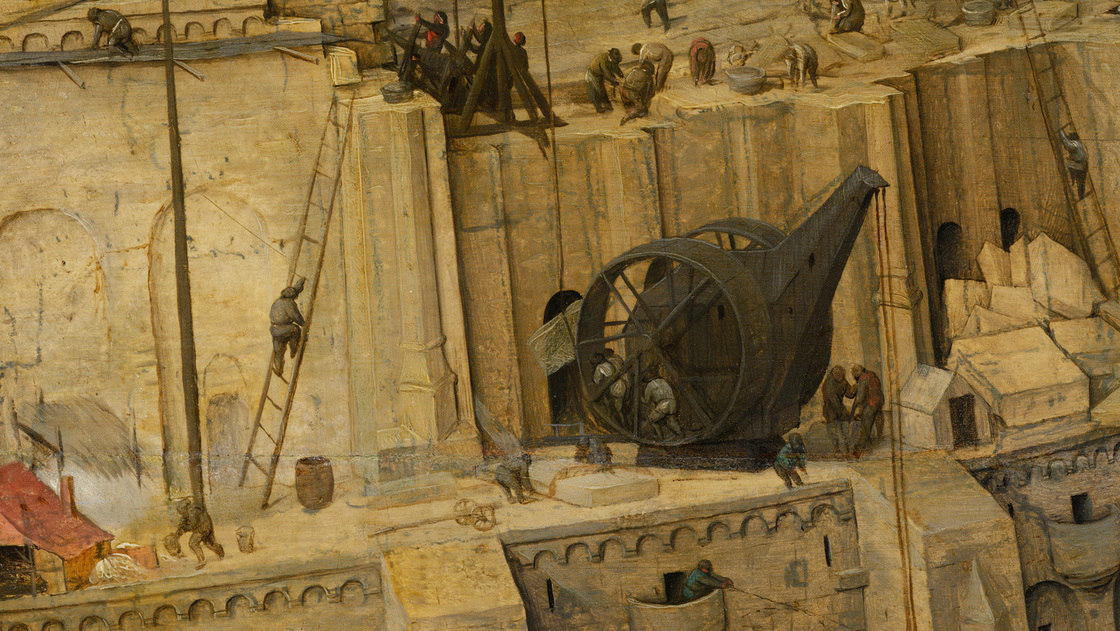 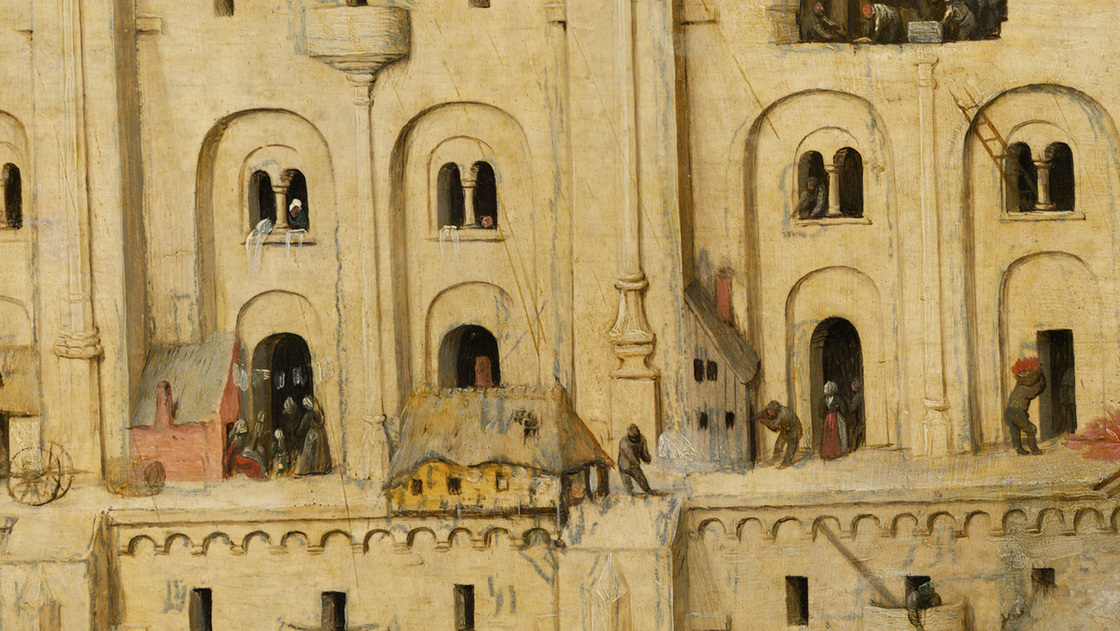 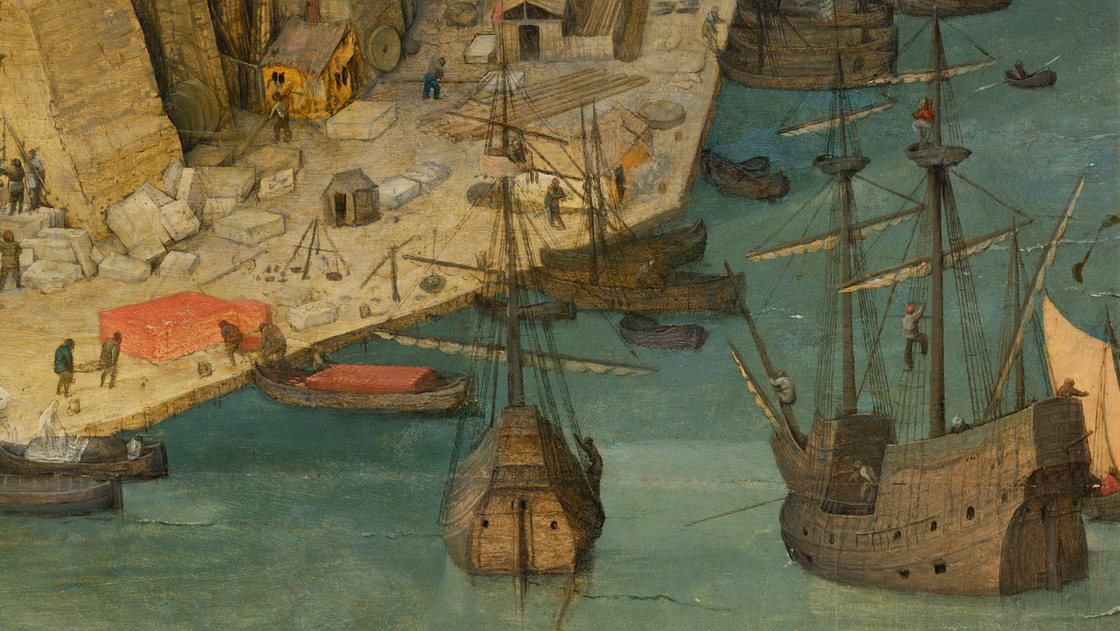 In the foreground stands the megalomaniac King Nimrod, the founder of Babel (Genesis 10:8-10). He and his entourage had come to inspect how the quarrying of stone is coming—and he doesn’t look too impressed. Some masons are hard at work, while others drop what they’re doing to pay homage to him. What is their motive? Is it reverence for the mighty king? Are they begging him to forgive their lack of productivity? Or is it just flattery and pandering? 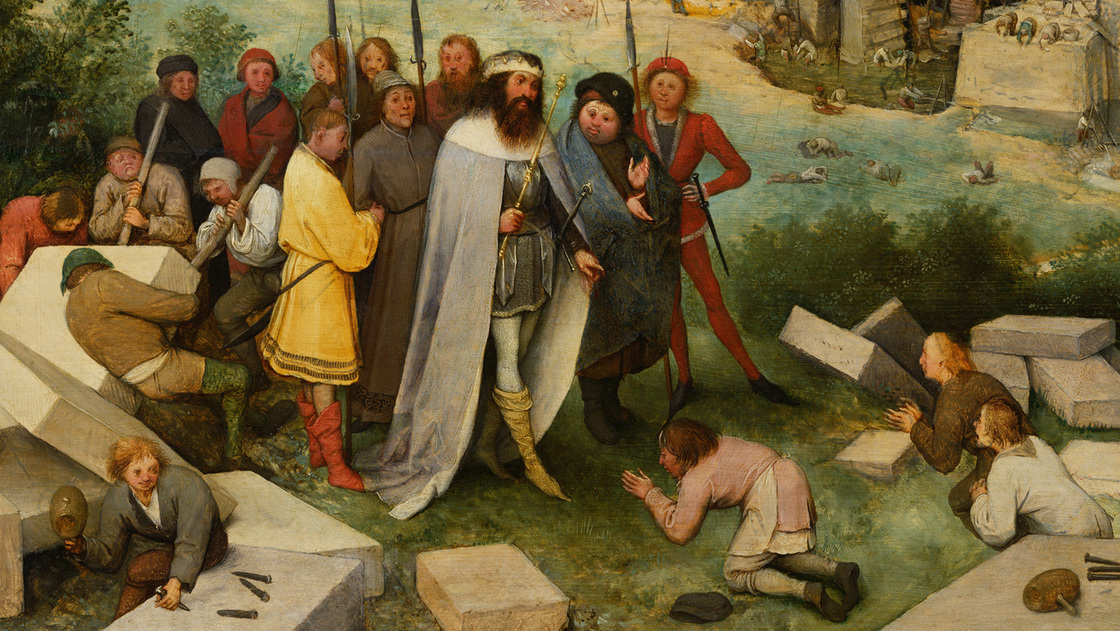 Bruegel had never been to Iraq. But he knew how his home, Renaissance-era Flanders (modern Belgium), looked. And to the left of the tower sits a Renaissance Flemish city—with houses, churches, towers and other buildings packed like sardines within its walls. Looking closely, one can find still more detail within the city: details like a water mill, a horse and buggy, people just outside the walls, ready to walk in. 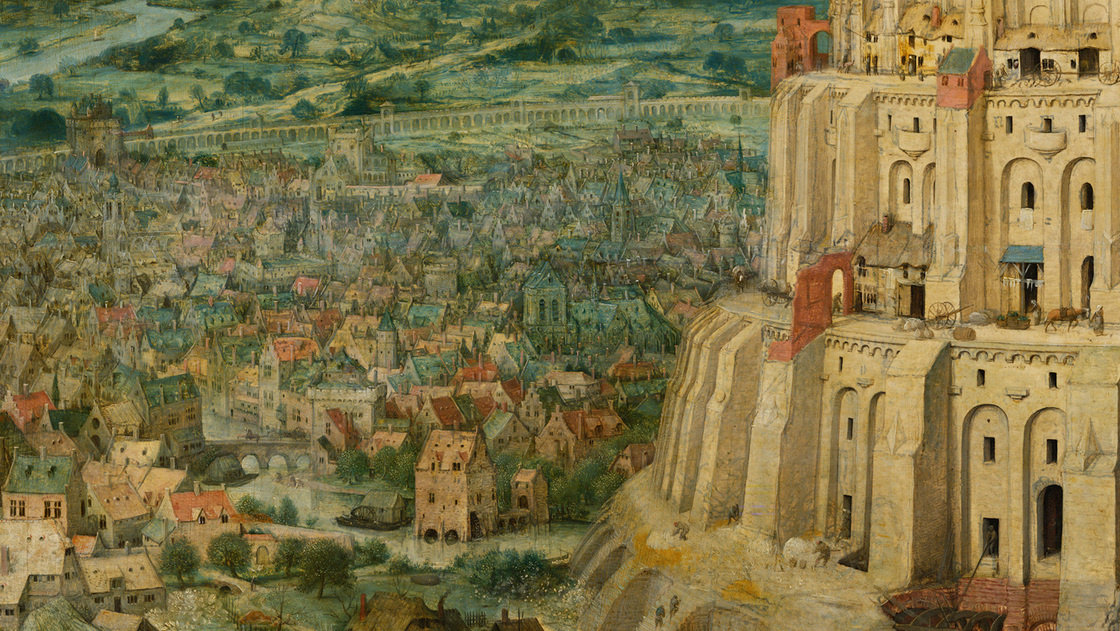 Further out, in the countryside off in the distance, an observant eye could catch a windmill or a far-off church steeple. 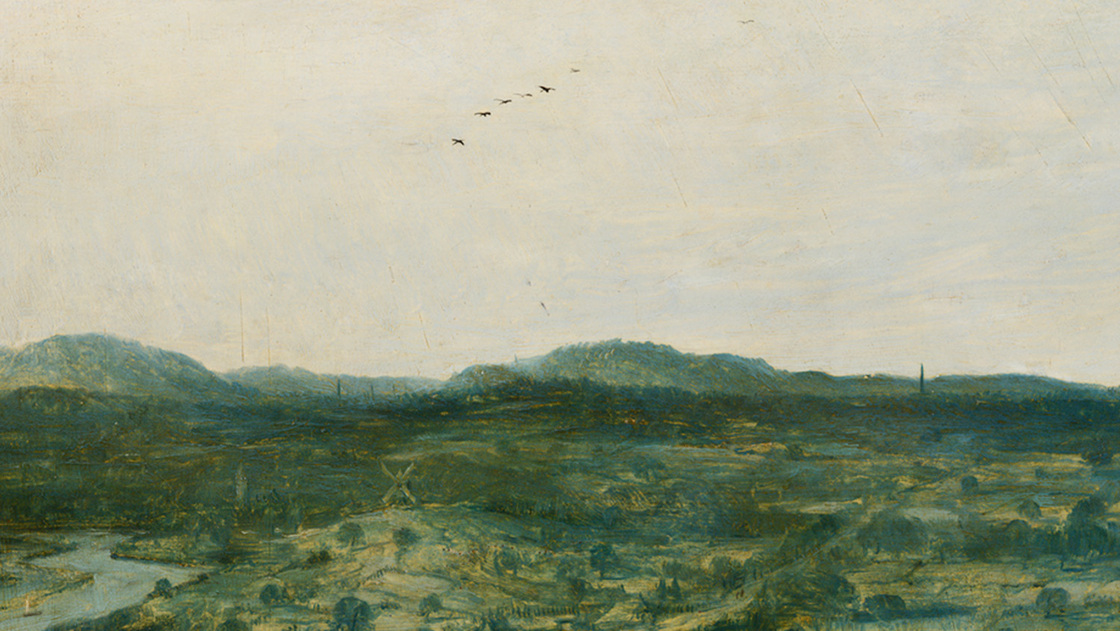 To the tower’s right, as if it were faintly emerging from the fog, sits a distant island. One can make out the sails of boats off the coast and a large town on its shores. 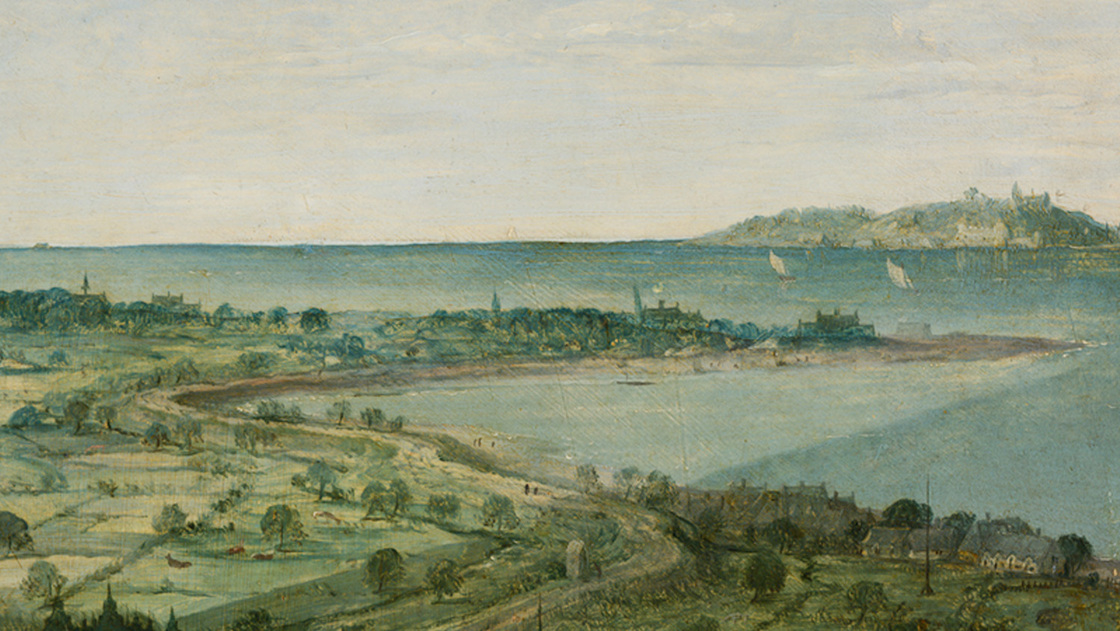 The Tower of Babel is a religious painting. But what makes it quintessentially Renaissance is its concern with the mundane, the everyday, as well as the supernatural. The people swarming the tower—whether they are cutting stone, hanging laundry or sailing—are just as much a part of the painting as the tower itself. Bruegel wasn’t interested only in retelling a biblical story with paint. He wanted to give an image of what it was like to live in Belgium in the 16th century.

But there is more to the story than meets the eye.

The design of the tower may remind some viewers of the Colosseum in Rome. Bruegel had traveled to Italy and would have seen it for himself.

Flanders at this time was ruled by the Spanish Empire. And the 16th century was an era of great turmoil for Europe. The Protestant Reformation was taking hold in many parts of northern Europe—including Flanders. Spain’s Catholic King Philip ii took offense at that. Some have interpreted The Tower of Babel as an anti-Catholic message on Bruegel’s part. Is the tower’s Colosseum-esque design a reference to the Roman Catholic Church? Does Nimrod represent Philip ii?

Or is the painting meant to symbolize the collapse of the Roman Empire? It is the grandiose vision of a power-hungry king. It’s bigger than anything man has ever dreamed of. Yet it is destined to fall. A closer look at the building shows that the tower’s foundations aren’t completed and perhaps even already crumbling. The structure is close to completion but doesn’t have a solid foundation. Is this a harbinger of the tower’s inevitable collapse? 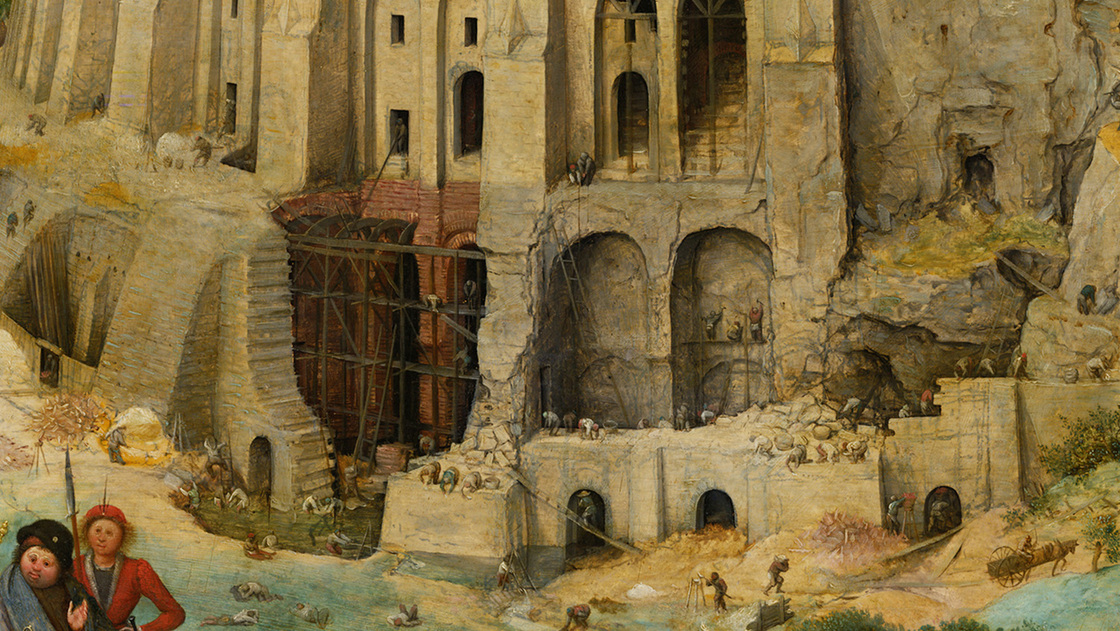 It’s also noteworthy that the top-heavy tower leans menacingly to the left, toward the town below. Does this hint at civilizational collapse with the tower’s fall? Perhaps it’s a reference to another leaning tower Bruegel could have seen in Italy. But that might be a stretch.

Or maybe it’s a cautious warning of where the new, revolutionary spirit of the Renaissance could take man.

Only Bruegel knew what he was thinking when he was painting. But whatever your interpretation is, it can’t be denied that The Tower of Babel is a masterpiece. And it’s been a masterpiece for almost 500 years. (If you ever get the chance, you can see the painting in the Kunsthistorisches Museum in Vienna, Austria.)

“It seems obvious that human minds were made to function in the same manner as the Creator’s, although in an inferior way,” wrote late theologian Herbert W. Armstrong in The Incredible Human Potential. “But how do we humans use our minds? We are endowed with something akin to creative powers. Man produces buildings out of existing materials. Man has produced intricate machines.”

We could add to that list that man—through his “creative powers”—can create amazing works of art. Art that is beautiful. Art that has intricate detail. Art that can give a message. The Tower of Babel is an awesome example of this. The painting shows us that by creating works of art, we can—in a sense—think like the Creator. Both creating and appreciating artistic works allow us to tap into the mind of God. This is what makes art appreciation so worthwhile.