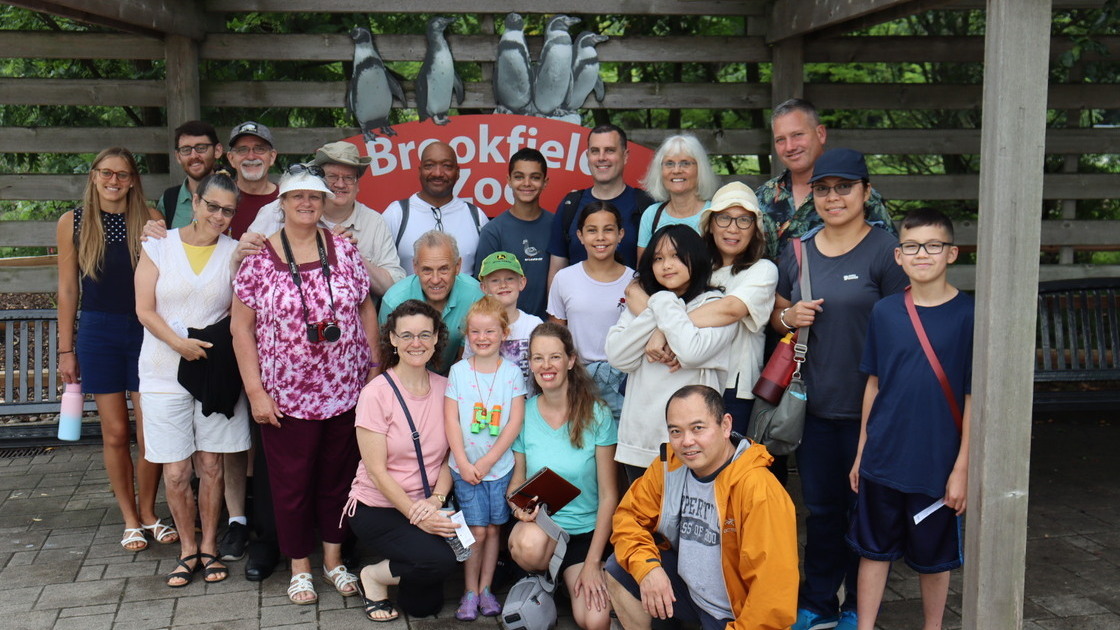 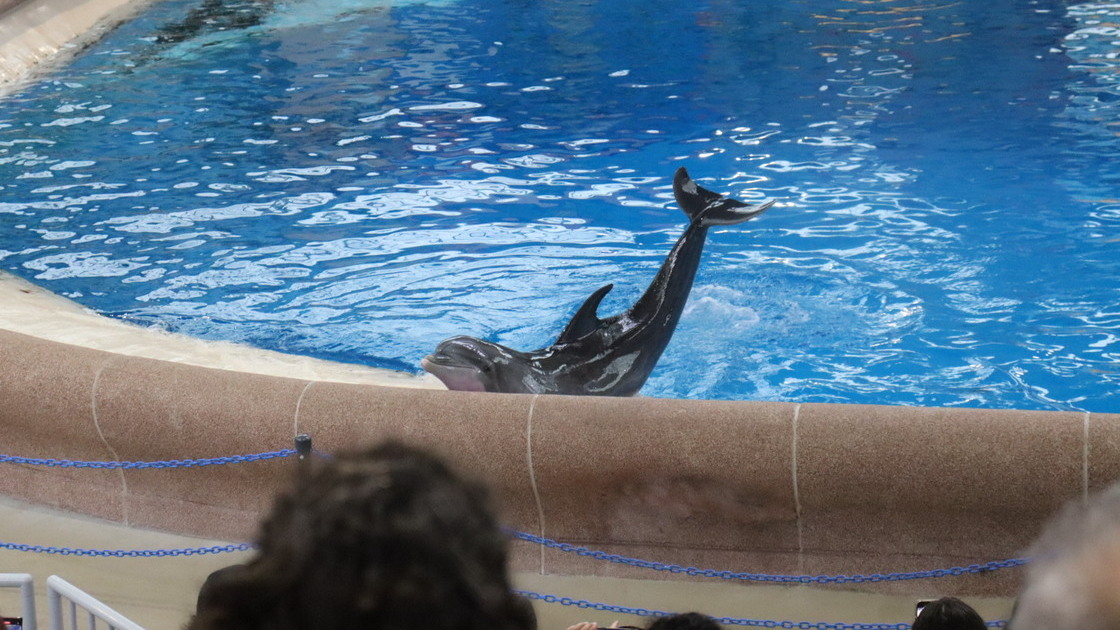 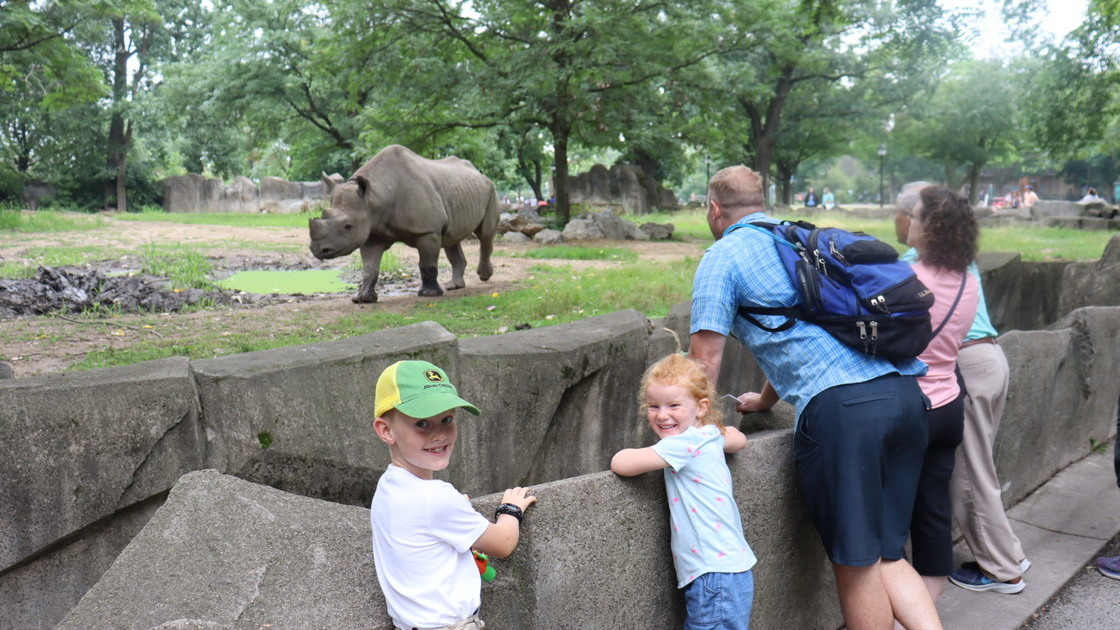 ILLINOIS—On Sunday, July 17, despite overcast weather with a chance of rain, 23 brethren from the Chicago and Wisconsin congregations gathered at the historic Brookfield Zoo just west of Chicago. The cloudy skies kept the temperatures in the low 70’s.

At 10:00 a.m. they gathered at the entrance of the zoo to take a group photo. Everyone was provided free admission to the zoo thanks to a Chicago member’s local connections.

During the morning the group walked through the butterfly house, visited the kangaroos and a polar bear, and saw a mechanical woolly mammoth at the Ice Age exhibit. The group stopped for lunch together in a nearby picnic area while Canada geese wandered nearby looking for a stray crust to eat.

“It was great to be able to chit-chat casually with the brethren, something we don’t get to do too often because we are so spread out,” Chicago member Susan Crocker observed, “And the weather was perfect!”

Brianna Weeks of the Horicon, Wisconsin congregation added, “We really enjoyed the opportunity to spend time with the brethren outside of Sabbath services.”

After lunch the troop headed across the zoo to catch the dolphin show where they witnessed the showmanship of the aquatic mammals as they flipped in the air and splashed the audience members.

Brenda Miller of the Chicago congregation loved the dolphins, and her husband David remarked, “I’m becoming a fan myself!”

“By far the best part of the trip was the dolphin show! We could not believe how “smart” and photogenic the dolphins were. And one of them was 48 years old!” said Nick Bush of the Horicon, Wisconsin congregation.

After the show a few of the members headed home, anticipating long drives back to Wisconsin. The remainder of the group toured through the various exhibits of Primate and Tropical world, the Reptile and Bird House, and the Rain Forest displays.

As the brethren departed for home at the end of the day, the clouds opened releasing a light, gentle rain.