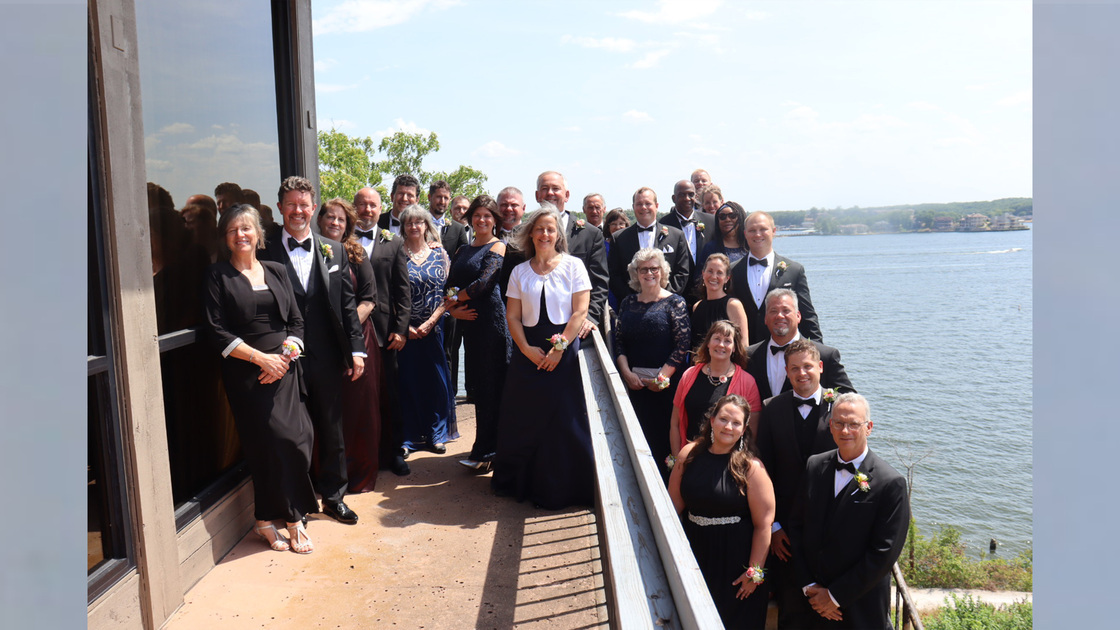 MISSOURI- On Sunday, July 24, the Fulton Spokesman’s Club held their end-of-year Ladies Gala at the Four Seasons Lodge at Lake of the Ozarks. The same venue where Mr. Herbert Armstrong stayed during the Feast of Tabernacles in the mid-1970’s. The Gala was held on the second floor. The room featured large full height windows providing an excellent view of the lake below. A total of 27 members and guests were in attendance, including Regional Director Brian Davis and Club Director David Weeks.

The Gala meeting started at noon, followed by a catered meal from 3:00 to 5:00 p.m. Every second of the 30-minute topics session was utilized, with a wide range of subjects covering the roles of men and women, what it means to be royalty and how to respond to religious questions.

Five speeches were given covering the importance of gratitude, why socialism doesn’t work, how to grow garlic, why we should spend time outdoors, and the importance of thinking before acting. Club Treasurer Mike Ceglenski stated, “The beautiful surroundings that could be seen from the podium really helped to calm the nerves and focus on the job at hand!”

In the closing lecture, Mr. Davis expounded on the description of New Jerusalem in Revelation 21 depicting the character and royalty of Christ’s Bride. He admonished everyone to consider the high standards of excellence New Jerusalem portrays, work to raise standards of conduct and learn to think and live like God’s royal family.