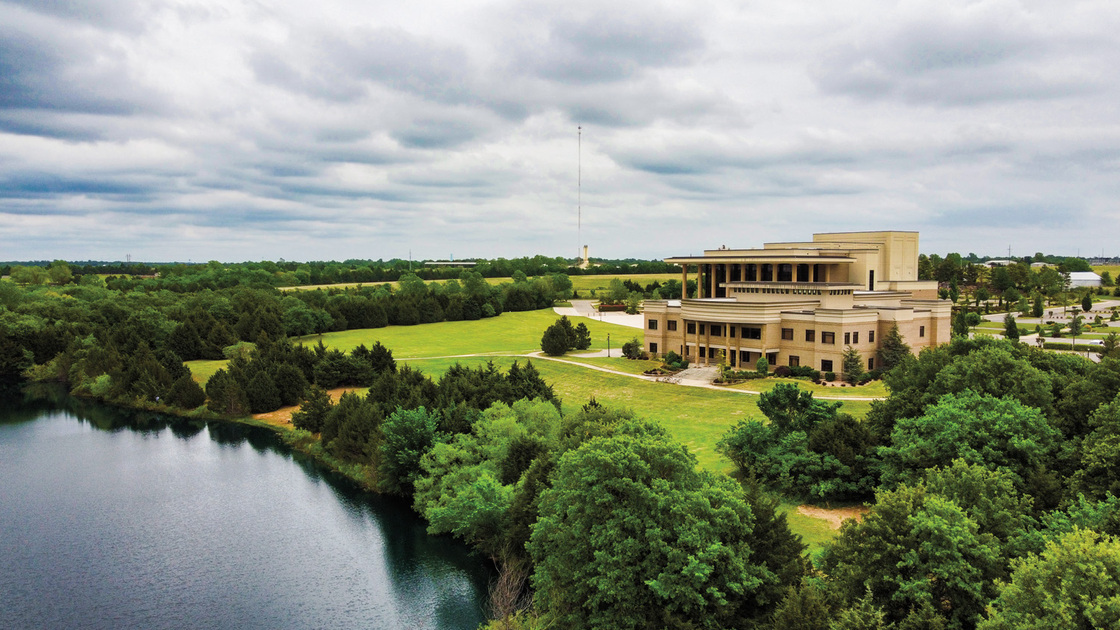 The former prophets talk about colleges and education continually.

A look at history shows that when God raises up a college, He often does so in terrible times.

From what I can tell, the first college God raised in history was during the time of Samuel. Israel had just come through over 300 years of the judges, when everybody ignored the great God and wandered around doing that which was right in his own eyes. Acts 13:20 talks about that terrible period. But that verse also shows what brought that period to an end: the Prophet Samuel. God used this man to raise up educational institutions during this awful period because He wanted to warn Israel and give the people an opportunity to know His truth.

When Elijah later came on the scene, it was during the reign of Ahab and Jezebel. That was a horrifying time for Israel, and those twisted leaders practically wore Elijah out with their fierce persecution. Yet Elijah raised up colleges. And after he was gone, Elisha carried on with a similar work.

In this most evil end time, God raised up Herbert W. Armstrong and three splendid colleges. Now we are in a time when God says “the transgressors are come to the full” (Daniel 8:23)—yet again, God has built a wonderful college. Why does God want this? We must be a witness to this world and also be prepared for the most burdensome job we have ever had.

The information about the colleges in the times of both Samuel and Elijah is all contained in the books of Samuel and Kings. Both books are included in the former prophets. It’s remarkable how much these books relate to education. These biblical books tell us how to become kings. And that is exactly what we are here to do. If you want to be a king for God, study these books. Together they are called the Book of the Kings or the Book of the Kingdoms.

Studying Samuel’s life and how he prepared for such an exalted responsibility is fascinating.

“And the child Samuel ministered unto the Lord before Eli. And the word of the Lord was precious in those days; there was no open vision” (1 Samuel 3:1). God wouldn’t reveal truth to Eli because of his family failures; the priest just let his sons do what they wanted, as if he couldn’t do anything about it. In fact, the nation didn’t have any new revelation for roughly three centuries! Can you imagine God’s Church being without revelation? What a difficult time in Israel. The people were abysmally degenerate! They had no understanding of God at all. It was centuries of exactly the kind of democratic nonsense you see in the world today.

“And it came to pass at that time, when Eli was laid down in his place, and his eyes began to wax dim, that he could not see; And ere the lamp of God went out in the temple of the Lord, where the ark of God was …” (verses 2-3). The lamp was going out. The same thing happened in the Worldwide Church of God after Mr. Armstrong died. The open vision—the new revelation to add and build on to what Mr. Armstrong taught—faded away.

Eli was failing. But God was ready to turn the state of the nation around with Samuel. The same is true of us: God has chosen you and me to help turn it all around. That is what “raising the ruins” is all about (Amos 9:11)—not just sustaining momentum, but going in the opposite direction. In the midst of terrible catastrophe, what an honor we have!

Samuel was called to his commission when he was quite young. Here is how he responded to God: “Speak; for thy servant heareth” (1 Samuel 3:10). Those are powerful words! That is the attitude we all need when God speaks to us!

Verse 19 says, “And Samuel grew, and the Lord was with him, and did let none of his words fall to the ground.” He was only a teenager, yet he let none of God’s words fall to the ground! Not even one! That is a marvelous description of a great prophet of God. He was hungering and thirsting for righteousness so much that, in spirit, he got it all. God loved that attitude.

That is how God educates a prophet!

At God’s college today, we emphasize this lesson and encourage our students to have Samuel’s attitude in all their classes. Do you realize how much it would empower your life if you did that? You can see why God used Samuel so powerfully. We all need more of that attitude—to make it our goal to get every word as perfectly as possible. If we can do that, you can be sure God will use us to direct and raise up colleges in the future!

Today, God speaks from His Church. Once you hear the voice of God, you are held accountable for all those words! We have seen 95 percent of God’s people let God’s words drop to the ground. We are in God’s remnant Church because we didn’t let those words drop! But we must keep improving. After all, God is going to set the world upon our shoulders! We will need every word—every little bit of education God gives us. I know that in my life, I really need every bit of the education God has given me—and still need a lot more. We are the lowly of the world, not the geniuses. So we need to be like Samuel and work to keep from letting God’s truth—truth straight from His mind and mouth—drop to the ground. Samuel knew what an opportunity he had. Do you?

For more, read my book The Former Prophets.