The Father of Lights
‘Every good gift and every perfect gift is from above ….’
By Gerald Flurry • Aug. 5, 2022 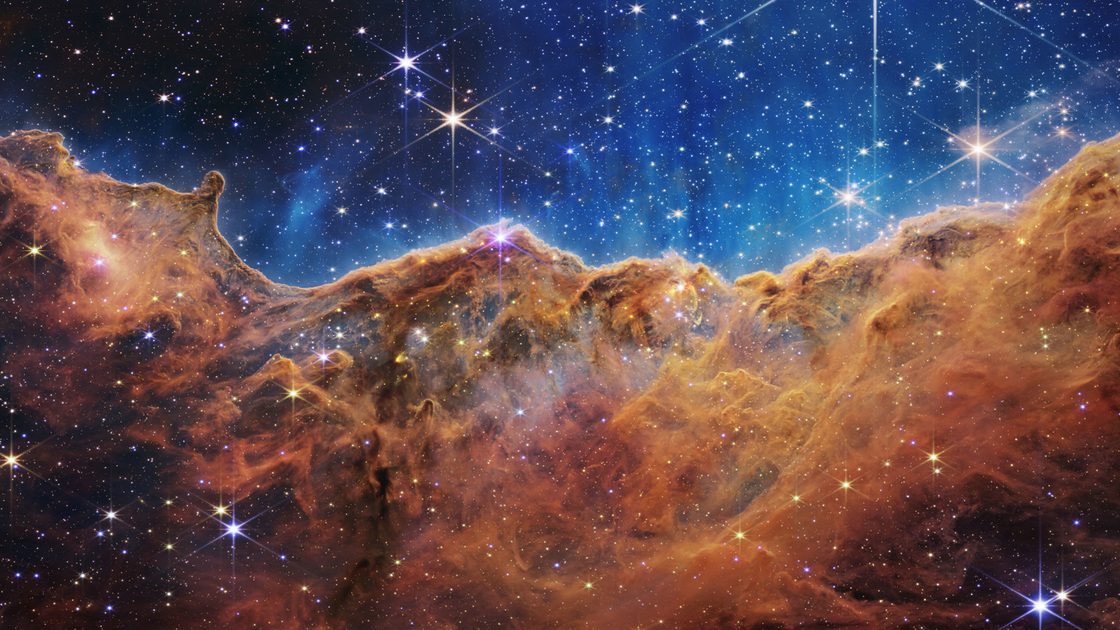 The James Webb Space Telescope was launched on Dec. 25, 2021. In July, this $10 billion telescope began sending back incredible pictures.

If you could count all the stars in our galaxy alone at the rate of 125 stars every minute, it would take over 4,500 years to count them. But as far as scientists can tell, there are a few trillion galaxies, each with hundreds of billions of stars—some with as many as a trillion stars. And we have only begun to explore outer space with our modern telescopes.

The best that astronomers can figure is that the “known” universe contains 70 sextillion stars. That’s a 70 with 21 zeroes after it—probably more than the number of grains of sand on Earth. That figure is impossible to comprehend. Only God knows the size of the universe.

The Bible tells us that God has an individual name for each one of those stars (Isaiah 40:26).

We live on one planet revolving around one star among those countless stars. How many other planets are out there, waiting to be populated? God created all that real estate out there for a purpose! “For thus saith the Lord that created the heavens; God himself that formed the earth and made it; he hath established it, he created it not in vain, he formed it to be inhabited: I am the Lord; and there is none else” (Isaiah 45:18).

Notice what James says about this inspiring subject. “Every good gift and every perfect gift is from above, and cometh down from the Father of lights, with whom is no variableness, neither shadow of turning” (James 1:17).

The “lights” to which James refers are those of the universe. God is the Father of that vast material creation. He created all those lights through Jesus Christ. Take some time to look at the latest pictures from the James Webb telescope, and they will dazzle you with all their brilliance!

Highly educated human beings are staring up at that marvelous creation, studying it, measuring it, trying to comprehend it—and they still arrive at the ludicrous conclusion that it all evolved out of nothing! They are missing the transcendental vision wrapped up in that creation.

All of those heavenly lights inspire God. They represent incredible promise and potential just waiting to be realized!

Every good and perfect gift comes from that illustrious God. Look at what He created! Clearly, He has all kinds of gifts to give!

When you look at the material creation, you see a lot of shadows. For example, the planets cast shadows. But God is not that way—James says that in Him is “no variableness, neither shadow of turning.” He is brighter than the sun at high noon—100 percent light! This is the total opposite of darkness. There isn’t a trace of evil in Him. The ancient Israelites were led by a fiery pillar cloud. Wherever it went, they followed. If it moved at 3 in the morning, they moved with it. They continually looked to that light to lead them, and so should we.

The expression “with whom” should read “in whom is no variableness, neither shadow of turning.” This is referring to our Father’s perfect character—God is 100 percent agape love. His goal is for us to become perfect as He is perfect (Matthew 5:48).

God cannot sin. There isn’t even one speck of a shadow of evil in His nature. His love toward us is perfect and absolute—100 percent light. He would never do anything to harm us spiritually.

God is re-creating His love in us. He is building His love on Earth through His firstfruits today. To be part of that, we must know His character and totally trust Him—even in our most fiery trial!

We must cooperate with God or that can never happen. We must desire and choose to build His character in us, or it can’t be done.

Nothing but good gifts come from the Father.

This is an inspiring verse, which follows quite an inspiring passage at the beginning of the first chapter of James’s epistle. But we can’t get distracted by that massive universe because James just uses it as an introduction to set up what he is really getting at! No matter how magnificent the universe may be, it is as nothing compared to what James is about to discuss. So let’s not be distracted by the universe.

Notice the very next verse: “Of his own will begat he us with the word of truth, that we should be a kind of firstfruits of his creatures” (James 1:18). Here is where James—the brother of Christ—puts the emphasis! If you really work to comprehend what he is saying here, God will reward you by filling to capacity all that you can bring to this verse.

The limitless stars are impressive to anyone—but all that is trivial compared to God begetting you! You have the potential to become God—God’s son—with the capacity to even create a universe and animals, perhaps even create more sons of God! Remember, God wants to re-create Himself in you!

That is what we must emphasize! That is where the real excitement is: your life!

We were begotten by the Father!

If He isn’t calling you or hasn’t begotten you with His Holy Spirit, you cannot truly understand this. If you do understand it, then you have received that unparalleled spiritual begettal from the Father of lights!

What is it worth to be begotten by that Father who created all those lights? That magnificent Creator God made you a firstfruit—the highest, most wonderful calling you could ever have! That calling is a zillion times more important than anything James Webb can show us.

Be in awe of the universe, but be a zillion times more in awe of your potential!

For more, please read my booklet The Epistle of James.