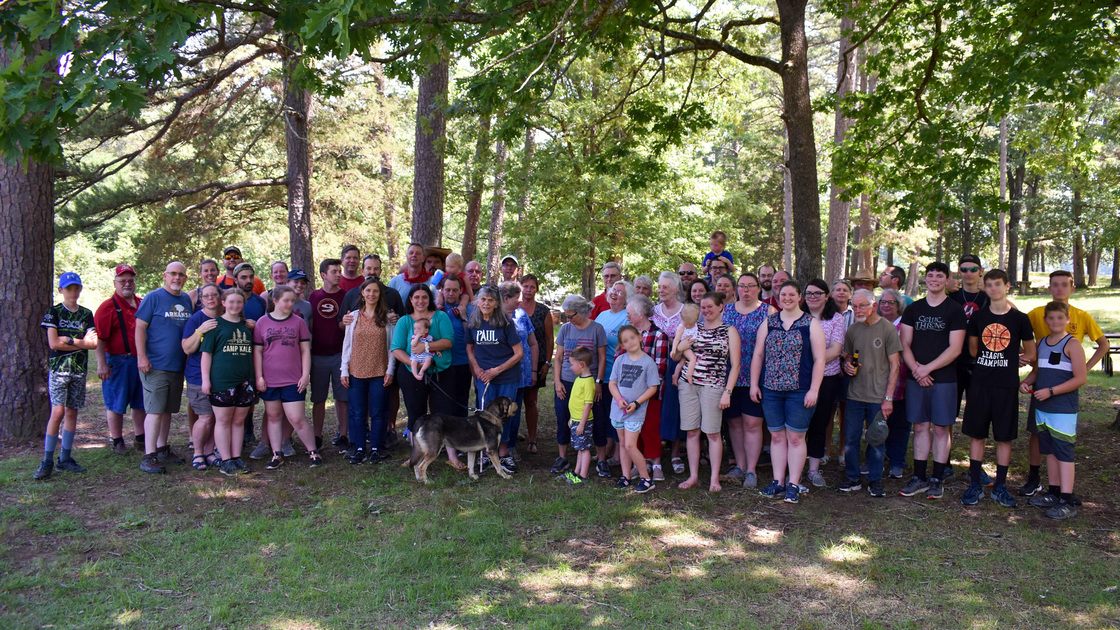 ARKANSAS–Members from throughout Arkansas met at the Petit Jean State Park on Sunday, June 12, for the annual Arkansas picnic. They participated in a youth scavenger hunt, hike, pie contest and a ladder ball tournament.

“It was awesome,” member Cheryl Zoellner said of the scavenger hunt. “It was made for youth 13 and under, but even the older teens were excited and joined in.”

Several members opted to hike to a waterfall about a mile from the campsite. David Zoellner said the hike was “absolutely awesome. We started out on the wrong trail but eventually made it to the falls. The mist was perfect for such a hot day.”

More than 30 members signed up for the ladder ball tournament. Individuals went head-to-head, tossing their bolas at a ladder 30 feet away. The goal is to get the bola, a string weighted on either side with a golf ball, to hang or wrap around one of the ladder rungs, each rung being worth one, two or three points. The activity encouraged participants of all ages, drew a lot of cheers and motivated some to consider building their own set and practicing for next time.