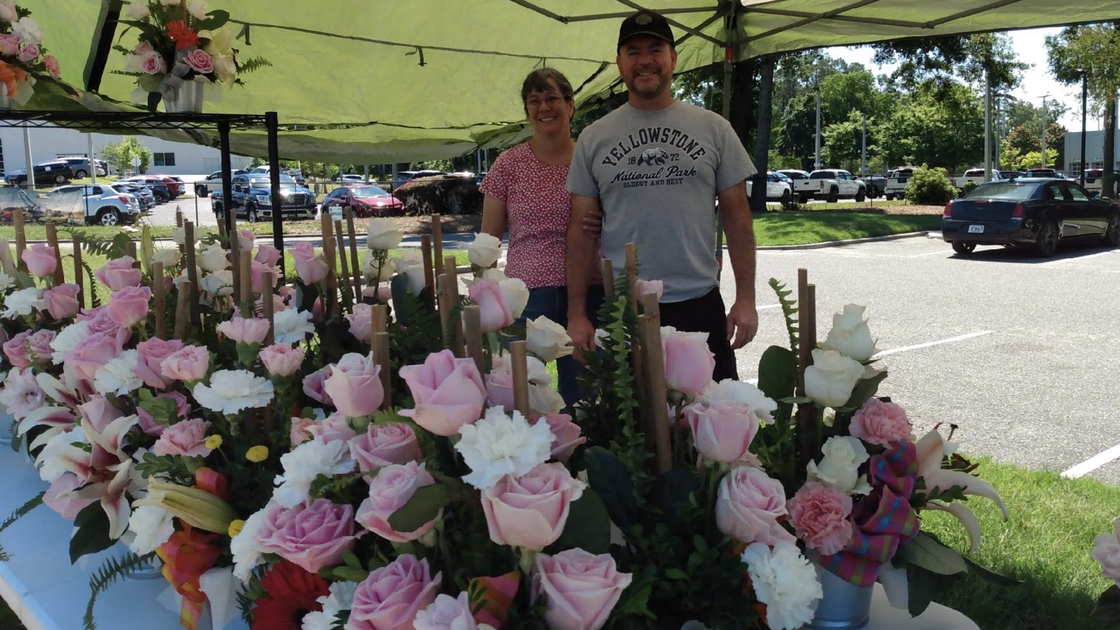 FLORIDA—Philadelphia Church of God members from Alabama, Georgia, and Florida held their a Mother’s Day flower fundraiser on May 8.

Volunteers prepared arrangements during the week, and the night before the event, they gathered at the home of Preaching Elder Joseph Short and his wife, Stacey, to finish their preparations. On Mother’s Day, 20 volunteers manned two booths and sold all 142 of their arrangements.

This was the first such fundraiser for members in the Florida-Georgia-Alabama area. Preaching Elder, Mr. Joseph Short said that the event was a trial run to train people from different congregations so that local areas can have their own fundraisers next year.

“I already bought flowers yesterday,” one stranger said, handing money to a volunteer, “but here’s my contribution because everyone has been working hard.”

Florida deacon Les Furmanski said he is confident that his congregation can bring the same success to their local area next year. “I’m sure we can make it a success especially if a lot of volunteers show up and help,” he said. “I think it’s great that we have a variety of different fundraisers all year round to give the brethren a lot of opportunities to serve.”

Volunteers said they were thankful to members for their prayers about the fundraiser. God blessed the event with affordable, high-quality flowers, despite high demand, and favorable weather on sale day, despite showers earlier in the week.

After earning a profit of $2,869 to support the work of the Church, volunteers attended a get-together at the home of members in Alabama.