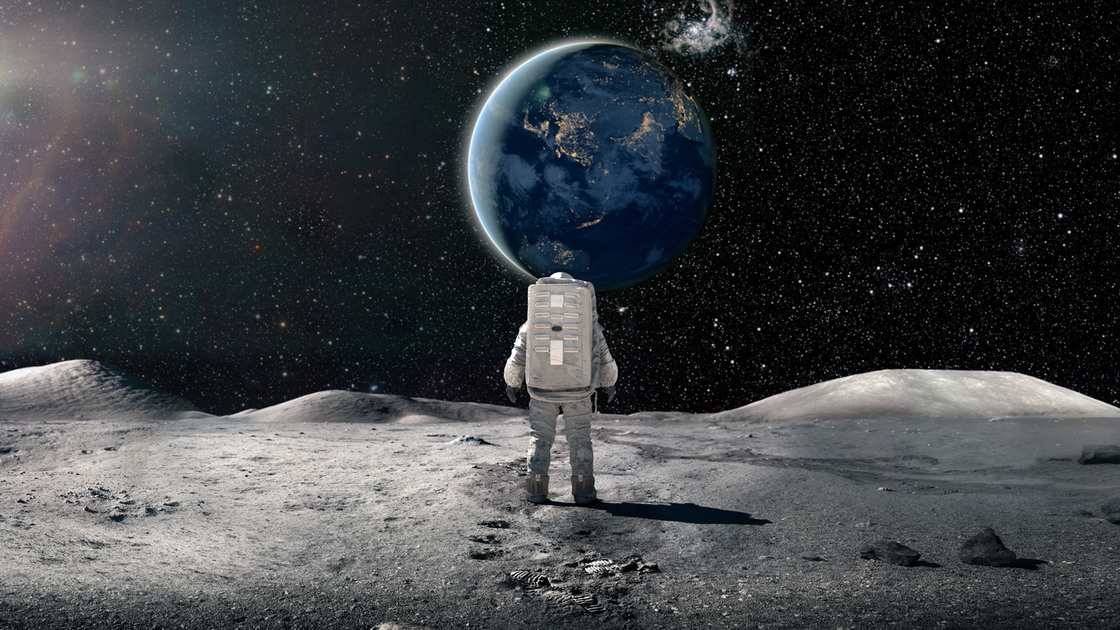 The last American astronaut to walk on the moon, Gene Cernan, died on Jan. 16, 2017. Cernan was the captain of Apollo 17, the final American mission to the moon. He also journeyed into space in May 1969 on board Apollo 10, coming within eight miles of the moon’s surface in a “dress rehearsal” for Apollo 11, the first lunar landing.

“We found some problems that, if they weren’t corrected, Neil [Armstrong] probably wouldn’t have landed,” Cernan said. “I like to tell Neil I’m the guy who painted the white line in the sky so he wouldn’t get lost.”

Cernan’s space travels served as a source of inspiration and proved the existence of God to him. “You can let your imagination wander, put yourself out there, a quarter of a million miles in space on God’s front porch,” he said. “That’s what it was like, looking back at the Earth. It is a spiritual experience.”

Cernan also said, “The Earth moves with logic and with purpose. I can tell you, there is a Creator of this universe because I saw a small part of that creation, and it’s just too beautiful to have happened by accident. … I wish I could take everybody in the world back to the moon with me and let them look back at the Earth. If I could do that, I think the world today would be a much different place. … [Space is] a very inexpensive investment in the future of this nation and more important, in the future of our kids, and those two things go hand in hand. That’s what space is all about to me.”

When we hear stories like Gene Cernan’s and view pictures of the universe, our future among the stars becomes more real to us. Right now, the universe is in a state of decay. We will soon change that.

God created all things good (Genesis 1:31). The universe does not seem good right now, although it is still inspiring. It became “without form, and void” (verse 2). What was the cause? The archangel Lucifer rebelled against God’s law and caused confusion, chaos, waste and emptiness. He became lawless. Look at the current state of the universe. That is what happens when we sin! It wreaks havoc!

The Bible reveals that God will place the entire Earth and universe under the rule of man, after we become God’s spirit-born sons (Hebrews 2). God has given us tremendous potential and an incredible future!

The Apostle Paul wrote, “We know that the whole creation has been groaning in travail together until now; and not only the creation, but we ourselves, who have the first fruits of the Spirit, groan inwardly as we wait for adoption [it should read birth] as sons [at the resurrection], the redemption of our bodies” (Romans 8:22-23; Revised Standard Version).

The rsv incorrectly uses the word adoption instead of birth. We will be born into God’s Family! The entire creation waits for us to rule with Jesus Christ on the throne of David. The end-time very elect will be at headquarters with our Husband, helping to beautify the universe and to reverse the terrible deterioration and desolation that Satan caused.

Scientists do not understand their discoveries in the universe because they scoff at the Bible, which is God’s instruction manual for man. They could understand if they would stop rebelling against God’s law. Rebellion leads to darkness and ignorance; obedience results in light and understanding. Everything works beautifully when we keep the law and follow government.

The creation is impressive, but far more impressive is the fact that our Savior came to Earth and dwelled among men! Christ’s disciples talked with and touched Him daily. Christ was the Word of God who had existed before creation, before the angels, the universe and mankind. Human beings interacted with this perfect God in the flesh! The Word had lived for all eternity in perfect peace and unity with God. Those who follow His example will experience the same peace and unity, which comes from keeping God’s law.

What are we a part of, that God would send His only Son to Earth to die for us?

All of God’s firstfruits, His very elect, will be able to walk on the moon soon. Our future is real! But first, we must learn some lessons about God’s wonderful law of love.

For more, read my free book The New Throne of David.