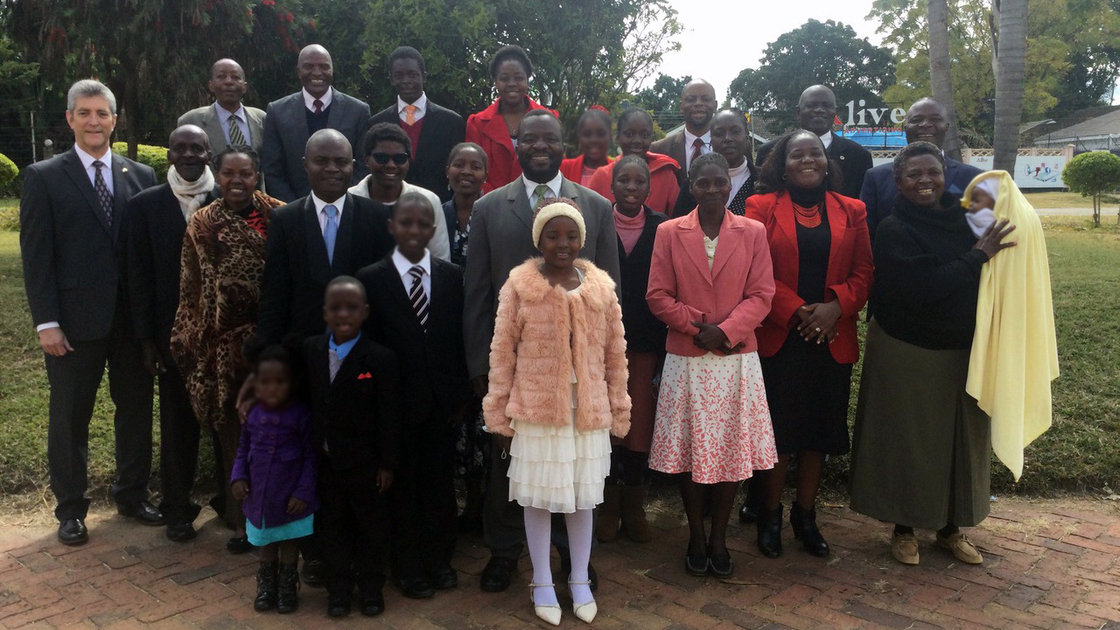 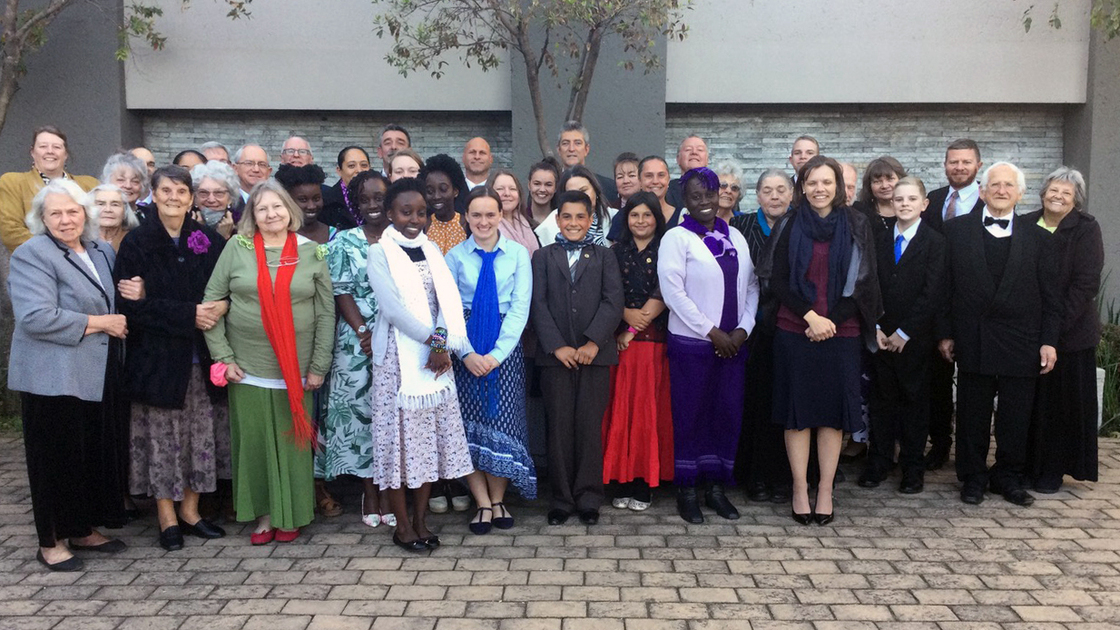 After flight cancelations that narrowed the time window, the two ministers arrived in Harare, Zimbabwe on June 2, counseling members and contacts before attending a get-together at the home of deacon Kennedy Manyepa. A total of 25 members were in the city for the special holy day weekend, including one member from Malawi.

Mr. Turgeon delivered the sermon, and Harare member John Phiri said it was “outstanding” to listen to him live after years of hearing him on audio recordings. Some members in the congregation have heard messages from him for more than 20 years.

After a couple days and nights in Harare, the two ministers flew to South Africa to keep Pentecost with 41 members from the Johannesburg congregation. After the morning service, members shared a group lunch and conversation with Mr. Turgeon, “who tried really hard to spread himself around,” said Mr. Githembe’s wife, Purity.

Sharon Southgate commented that the regional director “listens when people speak. He is very inspiring with what he says.”

“It was great to have Mr. Turgeon visit us on Pentecost, just a pity there was not much time to spend time with him,” Trevor Laubscher said. “But rather little time than no time”

Angelique Napier said, “Being able to counsel and fellowship with Mr. Turgeon on Pentecost was just wonderful! He made time for everyone, even though time seemed to just fly by. On such a special and exciting day it was made extra special by the addition of our regional director”

Mr. Turgeon spent two more days visiting brethren in the Johannesburg area before flying back to the United Kingdom-Europe-Africa regional office in England on June 7.