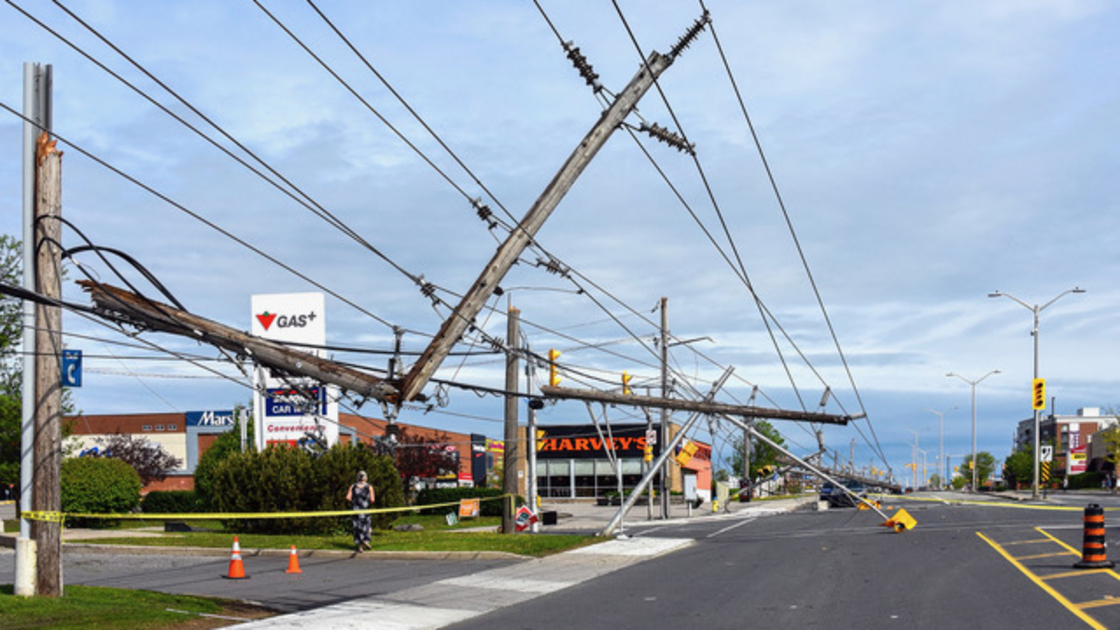 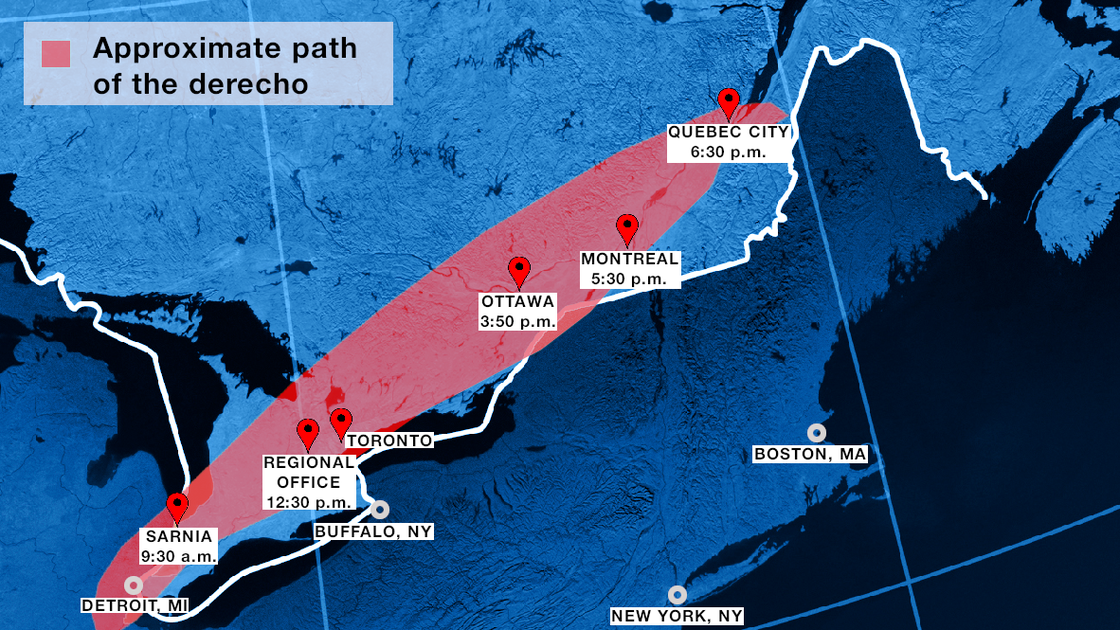 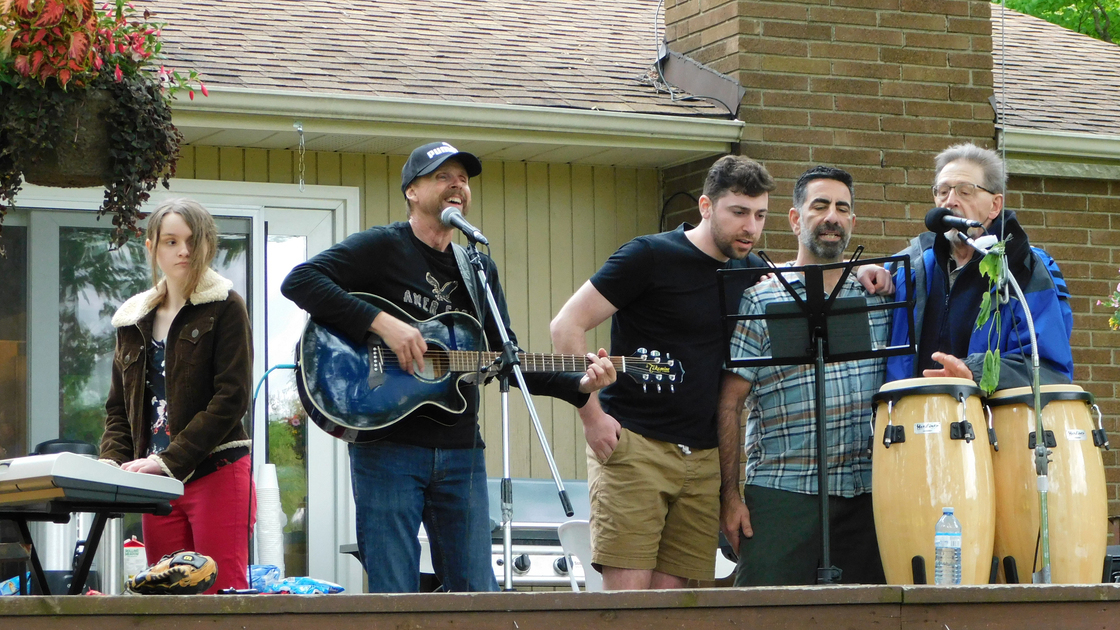 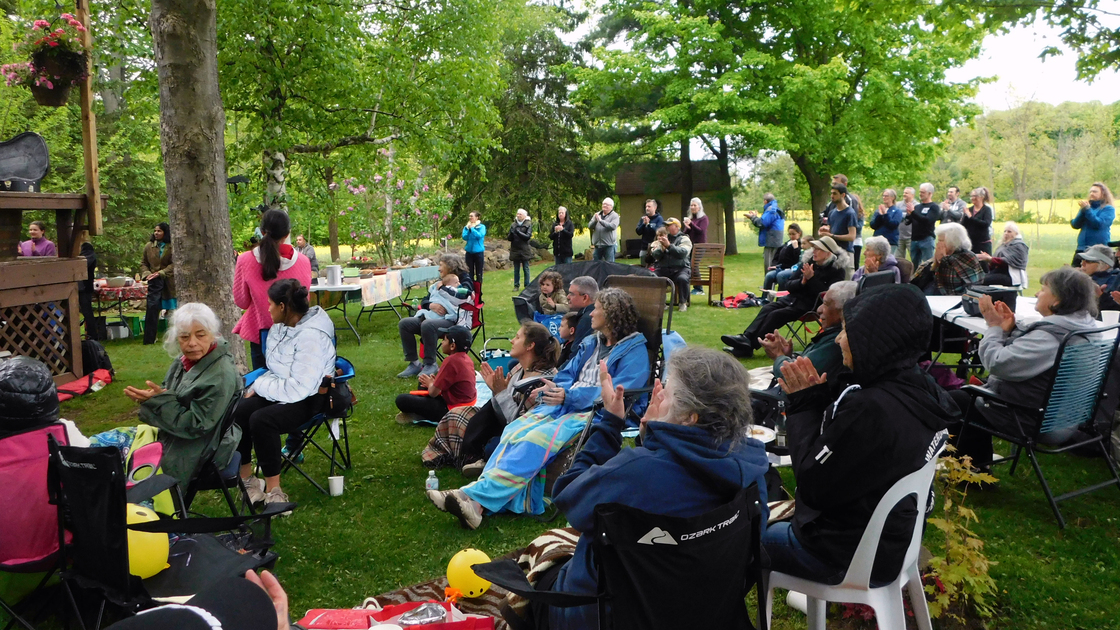 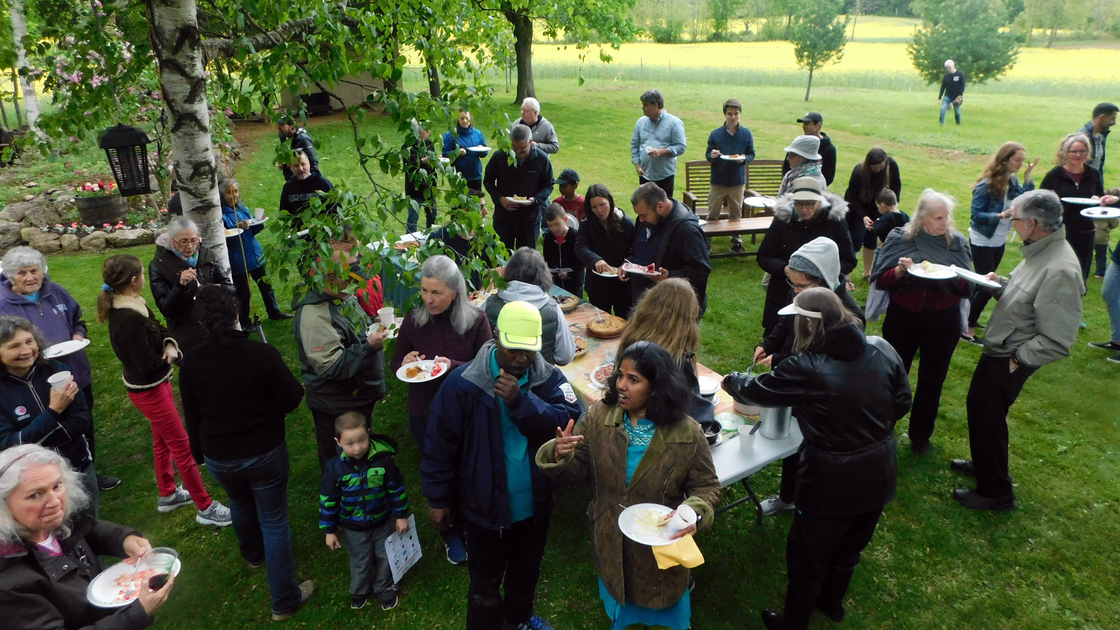 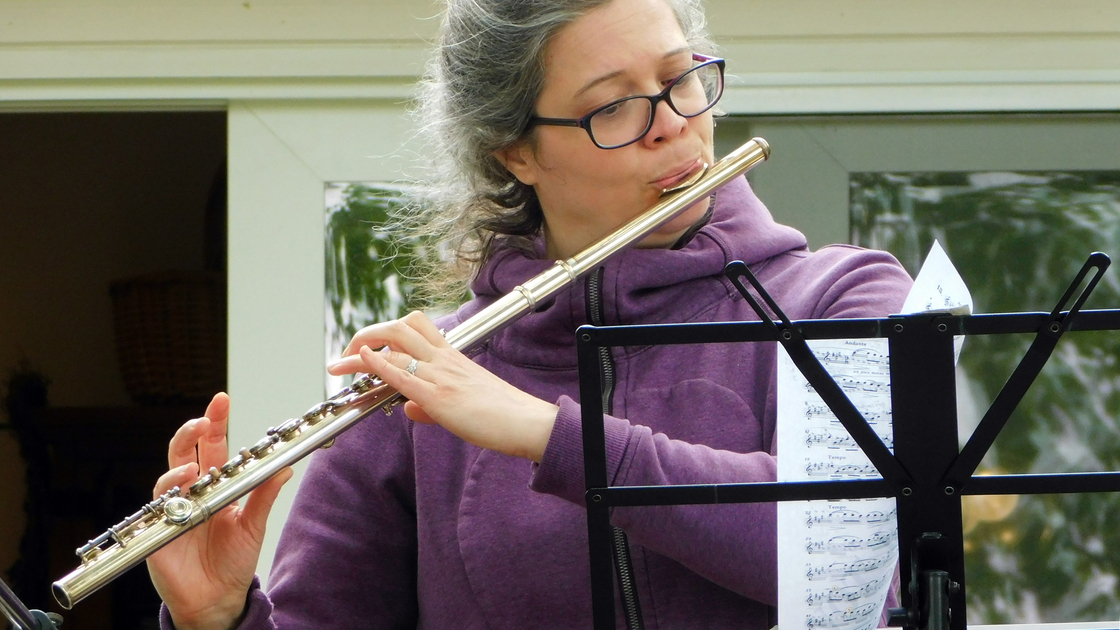 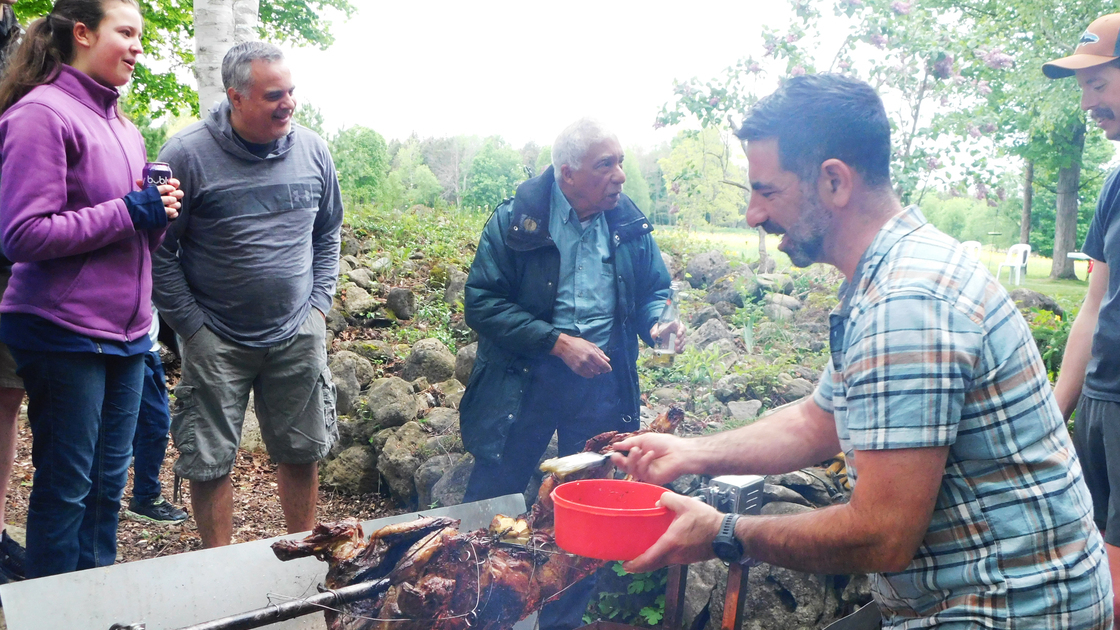 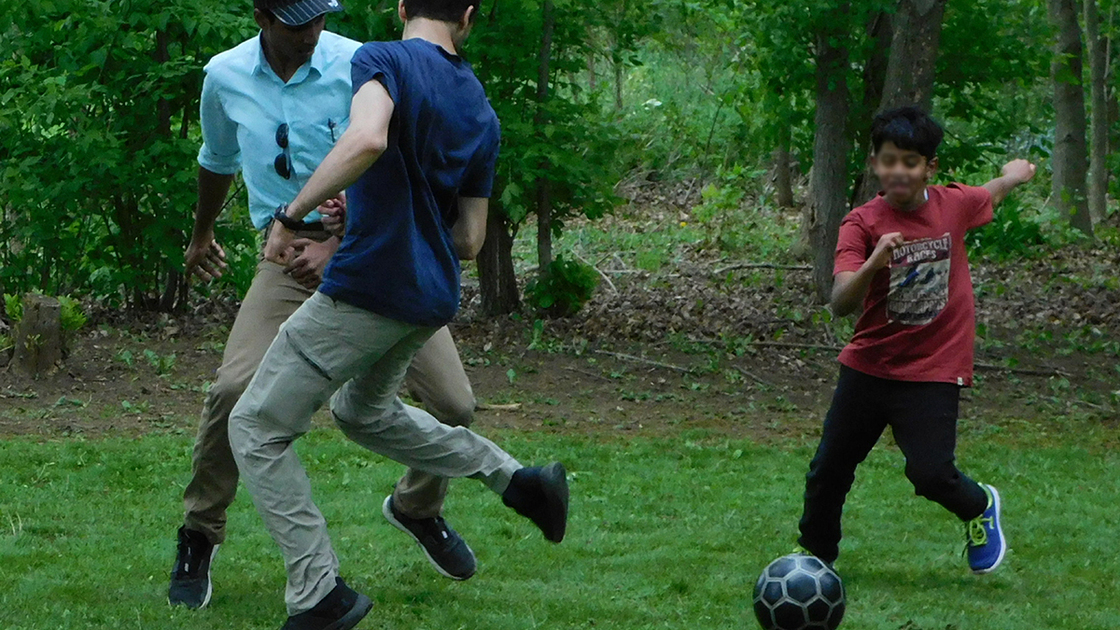 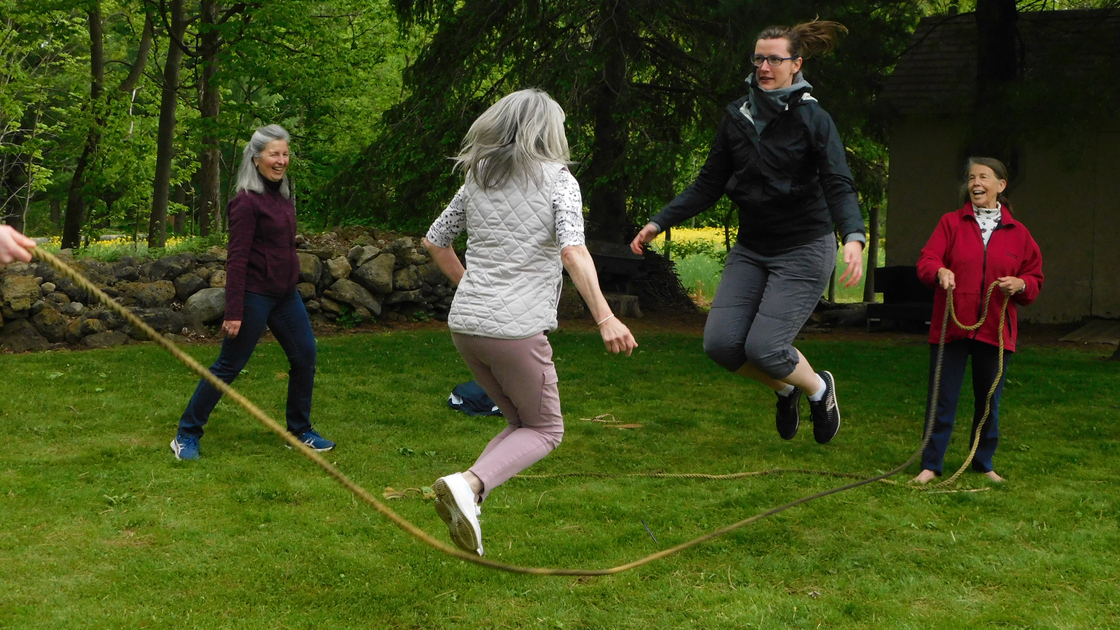 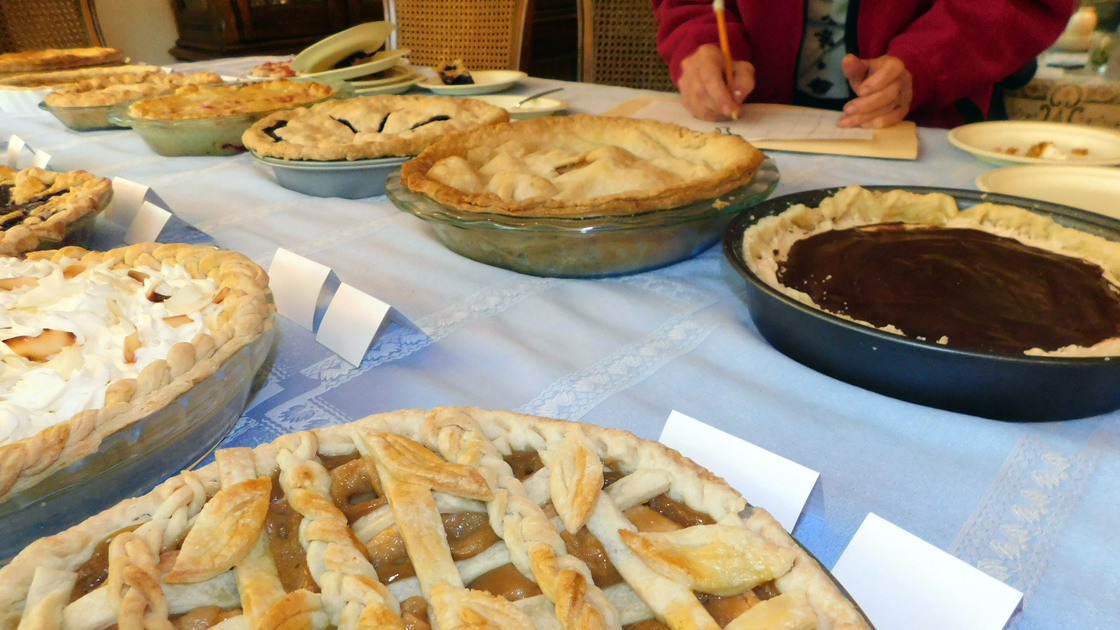 CANADA—On the weekend of May 21-23, after years of intense lockdowns and other government restrictions on gatherings, more than 100 Philadelphia Church of God members from Milton, London, Sault Ste. Marie, and Ottawa-Montreal congregations gathered for a regional weekend to be remembered.

As brethren gathered for services on the Sabbath, a “derecho,” a line of fast-moving windstorms and thunderstorms approached. This particular weather pattern was not only larger than those of the past but aimed at the most densely populated corridor in the nation, with sudden winds and gusts that exceeded 80 mph, matching those of a Category 1 hurricane.

The storm ravaged the landscape, starting in Chicago, crossing the border near Detroit, and heading directly toward the Canada regional office. It would go on to blow through hundreds more miles of cities and towns. When it was finished, a 600-mile trail of destruction and widespread power outages was left behind, as well as 10 dead.

The situation outside was unknown to the members indoors. At the beginning of services, lights flickered as power lines were blown. The storm was arriving just as a video message from Pastor General Gerald Flurry was played. Miraculously, it played through without interruption, and the potluck that followed was also unaffected. Not until later that night did the group realize how intense the storm was, how close the destruction had come, and how dramatic God’s miracle of protection was.

The storm had ripped the roofing off of a building across the street from the office and felled trees in the surrounding areas. The majority of the region was without power for several hours. Neither the regional office, nor the ministers’ homes sustained any significant damage that could hinder the weekend’s activities.

Ontario member Michael Kasaboski said, “Although the actual electricity threatened to go out, it made the potluck with God’s brethren extra special with its electric atmosphere indoors, as the storm raged outside.”

“The entire day was enjoyable all around,” said Ontario member Donna Ruzlo, “everyone was well fed, and the entertainment portion made it even more enjoyable.”

“I enjoyed the variety of acts and the effort everyone put in,” said emcee Johnathan Mansour. “It was a high-energy show, and an excellent way to spend an afternoon.”

On Monday members visited and chatted over coffee at ministers’ at open houses.

Families and individuals then made their way home, but one more event punctuated the miraculous protection God afforded members that weekend. One family returned home, driving through one community after another where electricity was out. As they pulled to a stop at their home, they saw that their home too was without power. They unloaded their vehicle, entered their darkened house, and at that precise moment, the power was restored.