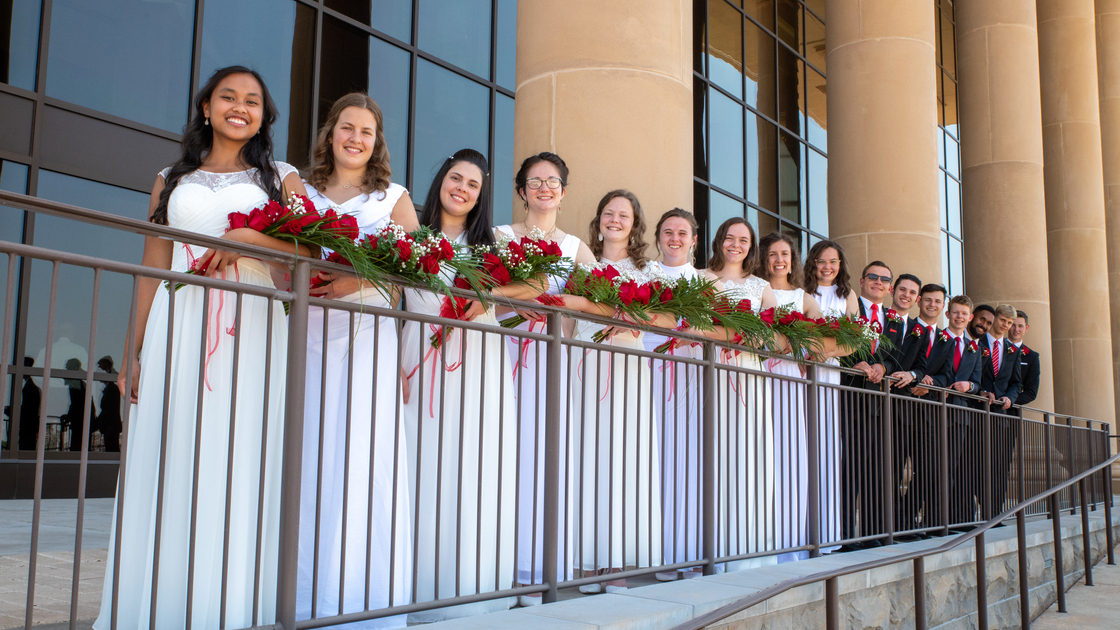 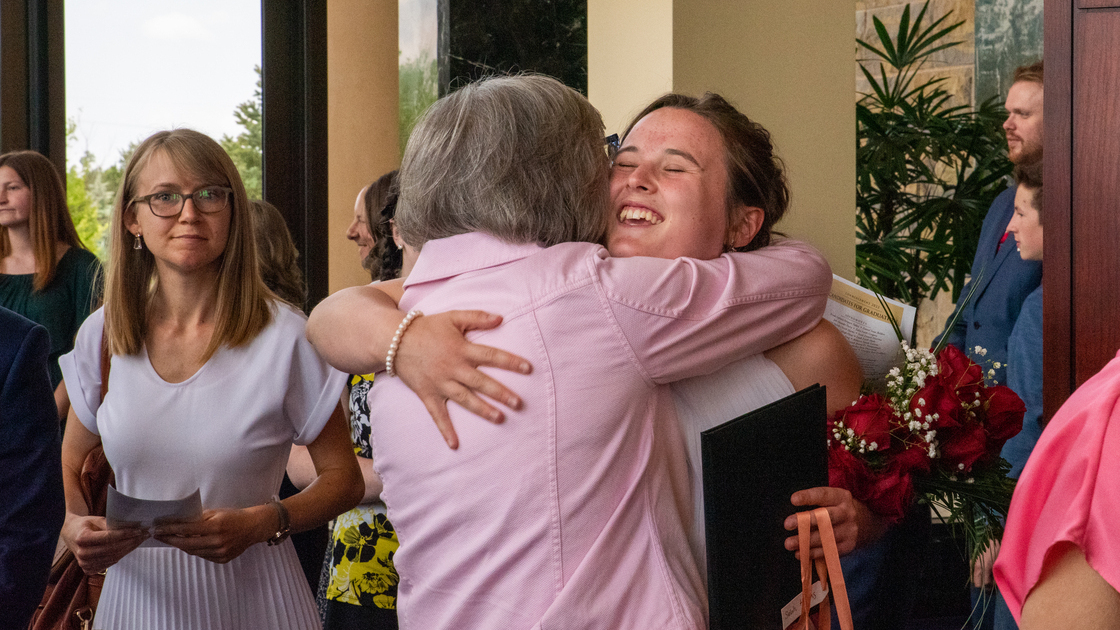 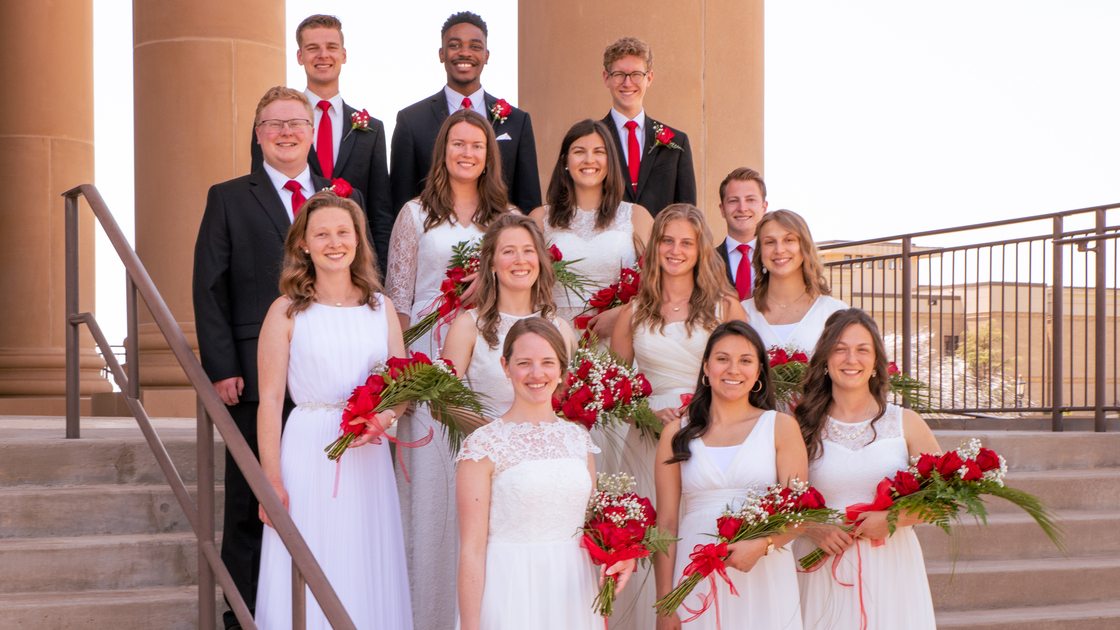 OKLAHOMA–Herbert W. Armstrong College held its 21st commencement exercises on May 15, honoring 16 students graduating from its two-year diploma program, and 16 students from its four-year program. The students represent seven countries and 10 American states.

A total of 340 guests, friends and family members watched as the graduates entered the theater of Armstrong Auditorium to selections from “Crown Imperial,” performed by the Armstrong Youth Orchestra, conducted by music instructor Mark Jenkins. After assistant dean of students Brad Macdonald gave the invocation and welcomed guests, graduating senior and student body president Rufaro Manyepa, gave the student address. After humorously lamenting his failure to achieve his freshman year goal of teaching everyone how to correctly pronounce his name, he discussed the responsibility students and graduates have of taking on the name of Herbert W. Armstrong College and, ultimately, the name of the God Family.

The Armstrong Chamber Choir, Armstrong Youth Chorus and Armstrong Youth Orchestra performed “Last Words of David” and “Battle Hymn of the Republic.” Much of the choir was composed of graduating sophomores and seniors, discernable from the rest of the ensemble by their white dresses and boutonnieres.

In his commencement address, speech instructor Joel Hilliker talked about the James Webb Space Telescope and setting one’s mindset on things above. The theme correlated with that of the graduation brunch only a few hours before, where the decorations centered around a model of the telescope, which is expected to become operational next month. He encouraged the graduates to maintain a broad perspective as they moved on into the next phase of life. As he delivered his point, “do not worry about the things you cannot control,” the lights in the theater unexpectedly went out. Amid laughter from the audience, he continued his point, and the lights soon came back on.

Finally, the Edmond senior class assembled to receive their diplomas. With all 16 officially graduated, Mr. Flurry invited the crowd to join him in “saluting our future,” the Herbert W. Armstrong College senior class of 2022.

After greeting, hugging, conversing with and laughing with hundreds of family members, friends, congregation members, ministers and other well-wishers, the graduates went on to dinners, party-hopping and conversations that went on into the night. While they are currently on their senior trip to Arizona, Edmond has continued to be a hub for youth as Imperial Academy grade school families have flocked to campus for end-of-year picnics, sports, games, dancing, and graduation on Tuesday. Several are among the approximately 20 high school graduates who have been accepted to Herbert W. Armstrong College for 2022-2023.