This World Is in Captivity
Have you ever wondered why the world is filled with so much unhappiness, suffering, violence and evil?
By Gerald Flurry • May 20, 2022 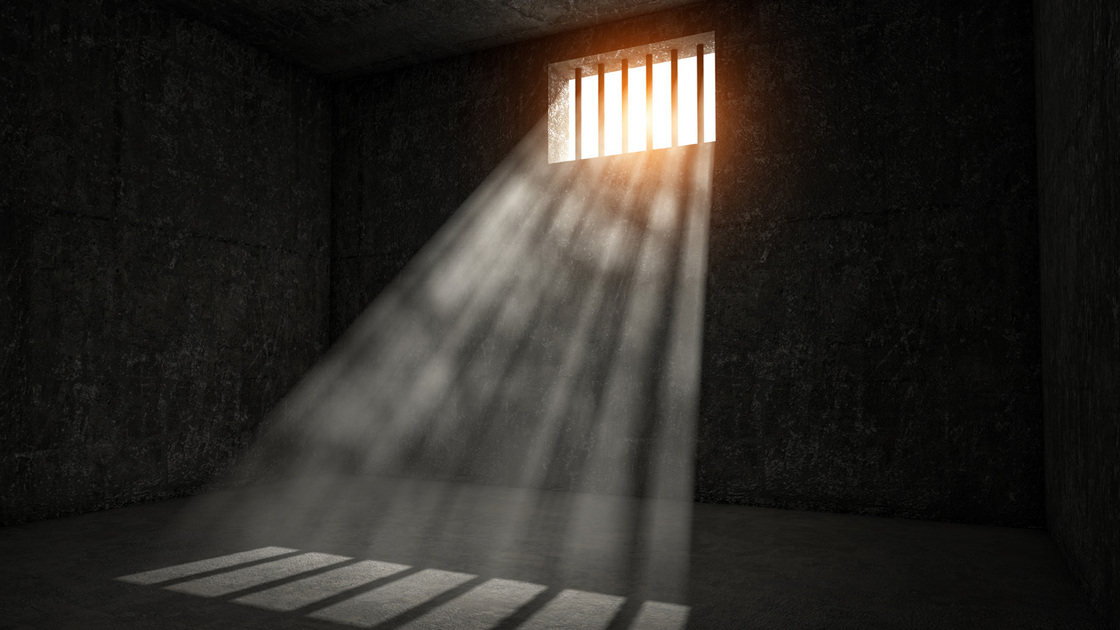 Have you ever wondered why the world is filled with so much unhappiness, suffering, violence and evil?

The Bible reveals the answer: It is a world held captive! What makes that fact even more remarkable is that it has been deceived into loving its captivity.

The Bible reveals that all nations are under a deadly deception foisted on them by a tyrant worse than any physical dictator (Revelation 12:9). Satan is the deceiver of this whole world.

Herbert W. Armstrong explained this remarkable truth in a booklet he wrote right at the end of his 92-year life: titled A World Held Captive. He wrote of Patty Hearst, who was kidnapped and brainwashed into preferring the criminal life of her captors. “But most astonishing,” he wrote, “is the actual fact of the colossal kidnapping of all time—in which the captive for 6,000 years has willed to pursue the life and evil philosophy of the archkidnapper—Satan the devil. The willing victim in this case is the world that inhabits this planet Earth! Yet this world has been so completely deceived that it cannot realize what actually has happened to it.”

The devil’s way of life causes nothing but misery. Yet from our earliest days in life, Satan bombards us with propaganda to the contrary. He is “the prince of the power of the air, the spirit that now worketh in the children of disobedience,” encouraging people to satisfy their lusts (Ephesians 2:2-3). Sin is bondage. When we fall into its snare, we become captive slaves (2 Peter 2:19).

As the Apostle Paul wrote in 2 Timothy 2:26, there are many people who fall into “the snare of the devil, [and] who are taken captive by him at his will.”

Yet the vast majority are duped, blinded to their plight! In their deception they are convinced of the inherent rightness and goodness of the very things that are destroying them.

People are so deceived, in fact, that when God brings this beastly, oppressive dictator to justice, Scripture prophesies a scene of great mourning. As much suffering as Satan causes through his primary instrument, a religious and political power called Babylon, when it falls, people will “bewail her, and lament for her, when they shall see the smoke of her burning” (see Revelation 18:9-11).

How has the world gotten to this point?

Mr. Armstrong often compared our knowledge of human history like beginning to watch a movie when it’s nearly over.

Not having seen the lead-up to the present, we don’t fully understand what’s going on. “You live in a world almost 6,000 years along on its course of history. You see the world as it is today at this advanced stage of civilization, with its systems of organized society,” he wrote in that booklet. “If we are to understand what is happening in this world—and why—we must backtrack 6,000 or more years. We must bring into view the origins, the causes, the events that went before and led up to the perplexities of our day. In no other way can we understand the present and look into the future.”

God keeps directing us back, back, back. He wants us to see the whole “movie”; if we don’t, we get confused. The subject Mr. Armstrong repeated most of all was the two trees. He kept our minds focused on the distant past as well as the glorious future. If we go back far enough, God gives us tremendous vision.

Isaiah 14:13 shows that Satan has a throne. Adam and Eve had the opportunity to replace Satan on that throne and rule for God. They had to qualify to sit on the throne over this whole Earth. All Adam and Eve had to do was choose the tree of life.

Instead, they chose the tree of the knowledge of good and evil. Adam and Eve and all mankind have chosen their own education, religion and government—not God’s way of life.

That is how this present evil world began! Man chose to rule himself and to reject God’s rule. He chose Satan’s way instead of God’s will. He chose the law of Satan rather than the spiritual law of God. In so doing, Adam and Eve missed the greatest opportunity that could ever be offered them.

At that point, God set in motion a period of 7,000 years to complete His purpose of reproducing Himself through man. “It was a masterminded master plan for working out the purpose here below,” Mr. Armstrong wrote. “For almost 6,000 years a civilization has developed, which we call the world. But it has been a world held captive. To this day Satan is still on that throne. Meanwhile Satan has worked in all humans. He has injected into the world enormous evils.”

This is the overarching spiritual reality governing the world today!

Despite Adam and Eve’s rejection of His way, God’s purpose stands.

Soon—very soon—God will permanently dethrone “the god of this world” and free all people from captivity. He will establish a new world, a world free of deception. Jesus Christ will rule as King of kings, and as He promised, “[Y]e shall know the truth, and the truth shall make you free.”

For a more in-depth study, read my free reprint article “A World in Captivity.”