The Man Behind the Chocolate Bar
A story of perseverance that you can indulge in.
By Jessica Brandon • June 2, 2022 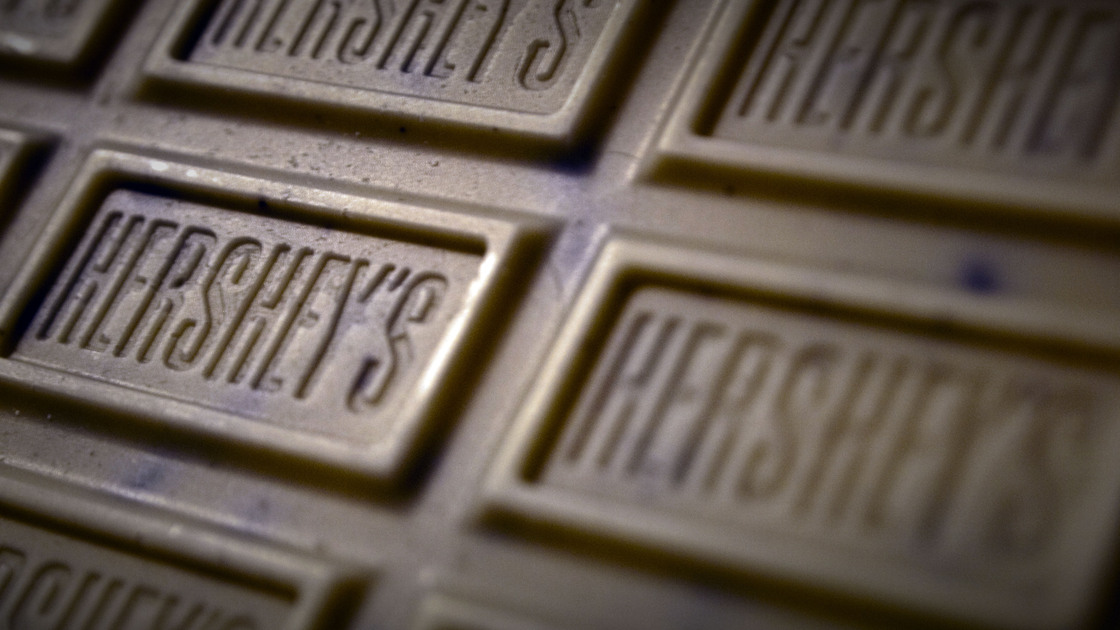 We’ve all been in the Walmart checkout line and seen the candy in the impulse buying section: Reese’s®, KitKat®, Twizzlers®, Mounds®, Almond Joy® and York®—all confections produced by The Hershey Co. This dominant company is worth over $20 billion and, according to Forbes.com, was ranked 61 in the world’s most powerful brands in 2012.

But where did this company come from? Who created it? Who was the man behind the chocolate bar? His name was Milton Hershey. Hershey® started with a man, a dream and a lot of perseverance.

Milton Hershey was born in 1857 on a small farm in central Pennsylvania as the only surviving child of Henry and Veronica “Fanny” Hershey. Henry Hershey was a dreamer, but he lacked the perseverance to stay with any of his projects until they became successes. By the time Milton was 10, his parents had separated; Fanny, who had a strong moral upbringing, was exasperated with her husband’s constant failures and wanted her son to develop a good work ethic.

At age 14, Milton Hershey became apprenticed to a master confectioner in Lancaster, Pennsylvania, after showing interest in candy making. He stayed there for four years, learning the basics of the craft. But Hershey was ambitious. Philadelphia was the center of the celebrations for the 100th anniversary of the Declaration of Independence, and he saw an opportunity for profit in the money people would bring to the centennial. He borrowed money and set up his own candy and confectionery business in Philadelphia. He worked hard for five years to make his business a success but failed to earn enough money to pay his suppliers or his debts. Finally, he had to close shop.

Hershey headed west to Denver, where he found work with another confectioner. While working there, he was introduced to caramel and learned that fresh milk made good candy. Hershey was still determined to create a successful candy company on his own, so he went to Chicago to try his luck there. That business failed, so he moved to New York City and tried again. When that business failed as well, he went back to Lancaster, penniless. He didn’t even have the money to pay for his possessions to be shipped out to him. He traveled to his uncle’s farm but was rejected by most of his relatives as a useless, irresponsible drifter.

Hershey didn’t give up. He was still convinced he could start a successful candy company, even though he had tried three times already and failed each time. In 1883, he started the Lancaster Caramel Co. Using the recipe he had learned from the confectioner in Denver, he finally succeeded. He was soon shipping his caramels all over the country.

At the 1893 World’s Columbian Exposition in Chicago, Hershey saw a set of German chocolate-making machinery and was enthralled. He bought the machinery, installed it in Lancaster, and began producing his own chocolate. He created a new company: The Hershey Chocolate Co. Seeing that the real potential for sweet success was in the chocolate business rather than in caramel, Hershey sold the Lancaster Caramel Company in 1900—for $1 million!

Hershey continued to build his chocolate business until it was a massive success. Before him, milk chocolate was a Swiss delicacy that only certain people could afford. But Hershey made milk chocolate available to all American consumers, and his chocolate became wildly popular. When Milton Hershey died at age 88 in 1945, his name had traveled around the world. He became a legend, a living example of rags-to-riches success.

What led Hershey to becoming such a great success? Perseverance. He had so many failures, so many obstacles, that would have made a lesser man give up and look for another line of work. But he was determined to build a successful candy company, and he did. In his later years, he spoke of some important advice his mother gave him when he left home. “Milton,” she said, “you are now going out into the world to make a man of yourself. My best advice to you is—when you tackle a job, stick to it until you have mastered it.” She taught him the valuable lesson of stick-to-it-iveness. That advice motivated him to overcome all the obstacles he faced.

In The Seven Laws of Success, Mr. Armstrong wrote about this sixth law: perseverance. “Yes, nine in 10, at least once or twice in a lifetime, come to the place where they appear to be totally defeated! All is lost!—apparently, that is. They give up and quit, when just a little more determined hanging on, just a little more faith and perseverance—just a little more stick-to-it-iveness—would have turned apparent failure into glorious success.”