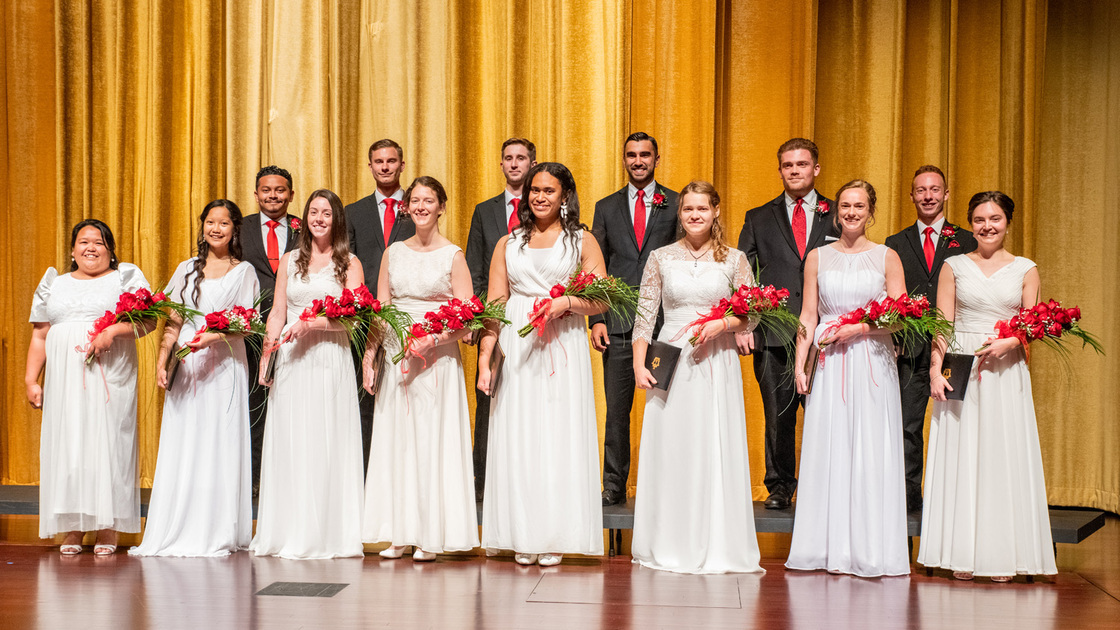 Education today leaves young people without hope. It might teach them how to earn a living, but it fails to show them how to live. We have written about this educational paradox many times before. Our universities have graduated brilliant scientists and engineers—experts in their fields. Meanwhile, nations war against nations, marriages are splitting apart, children are raised without discipline, families are disintegrating.

There is a crisis in education.

This upcoming week, we will hold graduation ceremonies for Herbert W. Armstrong College and Imperial Academy, our primary and secondary school. We are working hard to solve this educational crisis with a small number of students today. This is just a small beginning of a process that will one day fill the whole Earth with hope-filled education!

We have resurrected an educational system established by Herbert W. Armstrong. After his death in 1986, his own followers obliterated some or all of what he taught. But the world needs his teachings now more than ever!

What is wrong with the education of this world? Where have educators gone wrong? Mr. Armstrong gave us the big overview that I have never read from any other source. I hope you will think deeply about what he wrote in the Plain Truth, September 1978:

“If you read the Garden of Eden incident in Genesis 2 and 3, you see the origin of our present civilization. There the parents of mankind, Adam and Eve, under the influence of Satan, chose to reject God’s education on proper and right living, and began to look only to themselves as the source of knowledge on how to live. God did give them that choice, and the free moral agency to make up their own minds. But when they rejected Him, He then sentenced them and their descendants—all of mankind, but for a few specially called and chosen from among them by God—to being cut off from Him and His revealed spiritual knowledge. He left mankind to develop his own governments, his own religions—his own system of education.”

That is exactly what man has done. The unhappy results are proof that man, cut off from God, does not know how to educate himself.

God started Adam and Eve in the Garden of Eden—an earthly paradise. It was a vision of what God would have done over the entire world if Adam and Eve had led mankind to obey their Creator. But they rejected their Creator by eating from the tree of the knowledge of good and evil, rather than the tree of life.

Ambassador College under Mr. Armstrong was different because the faculty and students ate from the tree of life. They didn’t experiment with different religions of mankind. They lived by every word of God—the tree of life.

We follow that example. Physically, our small college is a vision of hope. The Earth will still become a Garden of Eden. Our campus helps make that magnificent potential clear.

And that’s not all. One day, the whole universe will be made to look like the Garden of Eden.

God is calling us to change the Earth and the universe. And it starts here and now with godly education!

Building and running a college is not an easy undertaking. But oh, how rewarding it is! Without vision, this campus would be just another plot of land. With vision, it helps people see what God is about to do in this world. Our students are taught to see God’s master plan for the universe! What a mind-galvanizing vision! And it is no fantasy. There is a reason that universe is out there! We must expand our thinking beyond Earth. We were created to be in the God Family. You can’t confine God to this Earth.

There is a mountain of hope in God’s educational plan. God is educating His people today to help Jesus Christ rule this Earth and ultimately the universe!

“And hath made us kings and priests unto God and his Father; to him be glory and dominion for ever and ever. Amen” (Revelation 1:6). God’s people are the Kingdom of God in embryo. They are kings and priests in embryo—“has made” the verse says. God is preparing rulers to fill the world with His knowledge as the waters fill the ocean beds (Isaiah 11:9).

This is truly an education filled with eternal hope!