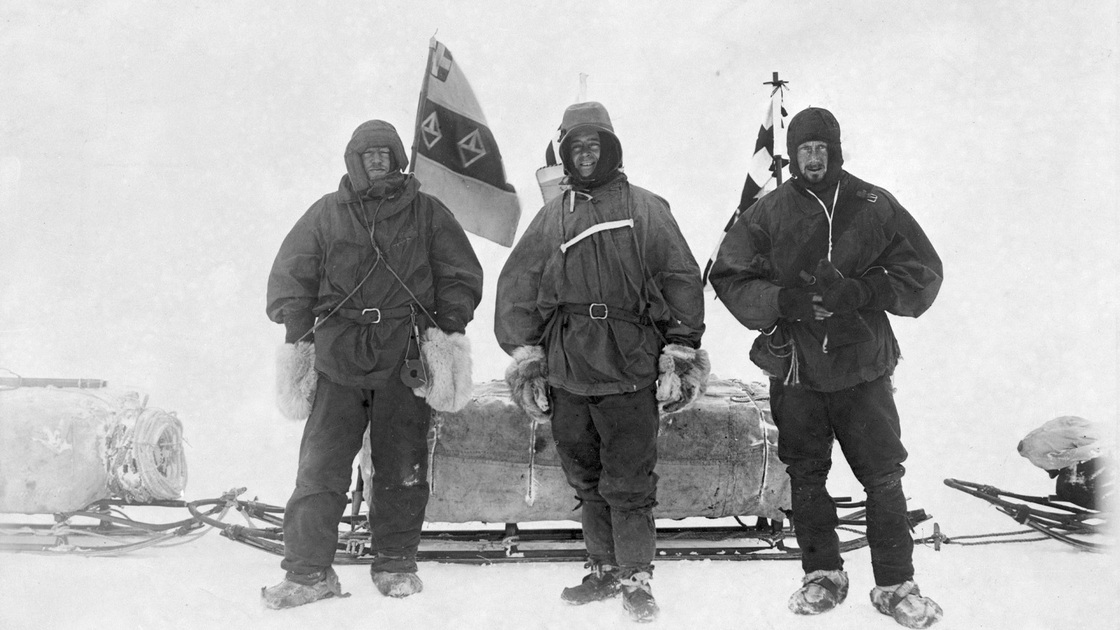 On Jan. 17, 1912, after three months of plodding through the Antarctic wilderness, Robert Falcon Scott and his team, eager to plant a British flag in the icy wilderness, reached their destination: the South Pole. But a tent sitting there showed that they were not the first to reach the finish line. Though Scott had wanted to reach the pole first and claim victory for the British Empire, Norwegian explorer Roald Amundsen had beaten him. What was worse, greater tragedy lay ahead in the long trudge back to base camp.

Yet in the end, Scott had a greater impact on the world than Amundsen ever did.

For Scott, reaching the South Pole was just one facet of a bigger mission. He was exploring the frontier of his empire. His ship, the Terra Nova, returned to England with over 2,100 plants, animals and fossils—over 400 of which were new to science. He made significant contributions to Antarctic cartography and made important discoveries in zoology, botany, geology, glaciology and meteorology—all in the name of the British Empire.

Amundsen went to the South Pole for the glory of being there first. For Amundsen there was no science, no discovery, no empire—just him and the pole. By his account, Amundsen actually achieved his victory rather breezily. Weather was good, and he had the aptitude and skill to get his men there and back safely.

Things didn’t go so smoothly for Scott. He knew what an average Antarctic autumn would look like, but he didn’t know the opening months of 1912 would be some of the coldest on record or that blizzards would repeatedly arrest his team’s progress.

One month into the return journey, one of Scott’s men died from multiple concussions. Twenty-nine days later, a second man died from hypothermia.

In late March, with only four days of food and two days of fuel left, Scott and his two remaining men set up camp to wait out another blizzard. But after the rations were gone and the storm raged on, they knew the journey was over. In his final hours, Scott summoned his strength to write a final address to the public in his journal.

“We are weak, writing is difficult, but for my own sake I do not regret this journey, which has shown that Englishmen can endure hardships, help one another, and meet death with as great a fortitude as ever in the past. We took risks, we knew we took them; things have come out against us, and therefore we have no cause for complaint, but bow to the will of Providence, determined still to do our best to the last.”

Scott got second place in a two-man race, and his whole team died in the process. You might expect history to reject Scott and laud Amundsen. But over the years, Scott has received the greater honor. When news of the expedition’s fate hit Britain, Scott and his men became the symbol of British resolve and self-sacrifice. The London Evening News called for Scott’s story to be read to all schoolchildren. Within 12 years, over 30 memorials and monuments to Scott were set up in Britain. Scott’s example inspired young soldiers on the front lines of World War i and taught young Britons the value of sacrifice for decades to come.

Scott sacrificed himself for a great empire; Amundsen achieved greatness for himself. The glory of purely personal accomplishments dies with us. There is far more glory in struggling for a higher cause than attaining any personal goal. You can stumble, struggle, fall down, even die, but if it’s for the Empire, the impact of your sacrifice will be endless.