Teamwork
A winning strategy for the community of singles in God’s Church
By Ryan Malone • May 1, 2022 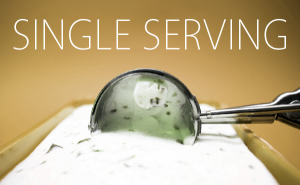 Life is full of “teams.” No matter what our family situation, we find ourselves in a variety of groups through life: classes in school, maybe a literal sports team or musical ensemble (the French word for together), members of a community, or employees in an organization.

In Mystery of the Ages, Herbert W. Armstrong described the Church as a team. Though unlike any secular organization, the Church operates like this organized collective—comprised of “interdependent” members. An individual responsibility rests on each member to contribute to the team’s overall objectives. In the case of the Church, it’s how we grow individually and spiritually.

Consider how this “team” mentality should impact the way singles within this Church—this team—date one another!

For his “team” discussion, Mr. Armstrong points the reader to 1 Corinthians 12—where the Apostle Paul gives a great, simple analogy. The diversity in God’s Church—in terms of aptitudes, personalities and backgrounds—functions just like a body.

Then: “And the eye cannot say unto the hand, I have no need of thee: nor again the head to the feet, I have no need of you. Nay, much more those members of the body, which seem to be more feeble, are necessary: And those members of the body, which we think to be less honourable, upon these we bestow more abundant honour; and our uncomely parts have more abundant comeliness. For our comely parts have no need: but God hath tempered the body together, having given more abundant honour to that part which lacked” (verses 21-24). In this contrasting hypothetical conversation, more “significant” members underestimate the role of other parts, for which the response is the same as above: Remember who put us in the body!

Our human nature can easily tug us into either attitude—either an inferiority complex about ourselves, or subtly looking down on others. The latter can manifest itself in dating. We can count someone out of a meaningful relationship because of their “place” in the body.

We can wonder about someone with skepticism and ask: Why are they in the Church? What do they have to offer God’s Work now and/or in the future?

But we are all part of the body of Christ, “full time” in God’s Work as in praying, financially supporting and being a light to the world. We all serve a function, and—because God put us in those roles, as verse 18 says—we don’t get to rank ours or anyone else’s importance.

You could ask the same questions above in a spirit of positive curiosity rather than negative skepticism. Date that person to find out what Christ sees in them—why God has placed them in the body, and what they have to offer God’s Work now and in the future!

Notice where this topic leads Paul next: “That there should be no schism in the body; but that the members should have the same care one for another. And whether one member suffer, all the members suffer with it; or one member be honoured, all the members rejoice with it. Now ye are the body of Christ, and members in particular.”

That is another way of describing this unique spiritual team: members having the same care one for another. When one member suffers or rejoices, everyone else does the same. In the “singles community,” however, it can be easy to allow in competitive thinking. Carnally we can think of dating as a “zero sum” game: If he gets her, then you don’t get her; if she wins him, then you lose. Not only does this completely remove God from the equation—as it is He who joins husband and wife (Matthew 19:6), this also can lead to suffering when others are honored, and rejoicing when others suffer! There must be a different spirit in God’s Church.

“Teamwork means getting along with others; offering praise and encouragement and not being critical of the other person’s mistakes,” stated the March 10, 1980 Worldwide News. “After all, everybody fumbles the ball now and then. But when that happens, a teammate doesn’t waste time blaming others. He or she has more constructive things to do—like pitching in to help straighten out the mess. Teamwork is really just another way of expressing courtesy, thoughtfulness and cooperation toward others.”

In American football, if a teammate fumbles the ball, the players don’t waste time (and yardage or possibly possession of the ball) standing around blaming whoever dropped it. They vigorously go after it!

Here in 1 Corinthians 12, Paul is also about to describe various government positions, saying that we all can’t be serving the same exact functions. Even within the ministry, there are various gifts (see verses 28-31).

Mystery of the Ages profoundly states: “The Church is organized on God’s pattern of mutual teamwork and cooperation to function perfectly together.” Shortly after this, Mr. Armstrong uses a sports analogy himself: “A football player says: ‘I want to play in all of the games, but I’ll train alone. I don’t want to be part of the team until the games start.’ Would the coach let him be part of the team in the games, without having learned teamwork during practice season? Neither will God let one into his family at the resurrection who refused to be part of it now—in the Church—in the spiritual ‘training season.’”

God is conditioning us to think in terms of a team or a group. Satan’s approach, however, has us think in a way that goes contrary to the “team spirit.” As prince of the power of the air (Ephesians 2:2), his broadcast is self-focused, and singles could be especially susceptible to it.

This can manifest itself in dating, as stated earlier—in how we view a finite list of prospects in the opposite sex. We look at the demographic breakdown of guys versus girls and instead of the “team” analogy, we move to the “game” analogy—where there are winners and losers.

What if we all just built the team first? Marriage, after all, starts with building friendships. If dating is just a self-righteous dutiful serving at arm’s length until you “get” the right one, that’s not the team spirit. What if we forgot the competition, and thought, Can I help build a team of better friends?

Earlier in chapter 12, Paul wrote: “For by one Spirit are we all baptized into one body, whether we be Jews or Gentiles, whether we be bond or free; and have been all made to drink into one Spirit. For the body is not one member, but many” (verses 13-14).

We don’t have so much the Jews-vs.-Gentiles factional thinking today, but we can get into factional thinking—us versus them. Where this is probably most apparent in the singles community is male-vs.-female. Women tend to have a list of collective grievances against the men, and men toward women. Or one man will have an experience with a woman that, in his mind, summarizes the entire single-female population, or one woman an issue with a man that gets generalized toward all men.

These mutually exclusive teams work against the greater “community” of the God Family and can cripple one-on-one dating experiences.

Consider what Mr. Armstrong wrote about teamwork among the angelic realm of God’s creation: “God knew this Master Project could not be accomplished unless they all—billions of angels—pulled together in cooperative teamwork. If one used his mind to decide to add a certain portion by his own design, and another had a different idea and came along and tore down what the first angel had put up, confusion would result and no progress could be made” (Plain Truth, March 1977). Division slows down progress—including our own growth.

Another great admonition from the Apostle Paul is contained in his letter to the Philippians. Here, he was writing a congregation that he lauded for their growth despite his absence, as well as their generosity in sending him numerous gifts to boost his spirits while under house arrest. Of course, they had their issues too. He told them, “Do all things without murmurings and disputings: That ye may be blameless and harmless, the sons of God, without rebuke, in the midst of a crooked and perverse nation, among whom ye shine as lights in the world” (Philippians 2:14-15).

Even to this commendable congregation, he’s stressing a “team spirit”—even singling out two women to get along better (Philippians 4:2). Earlier he wrote: “Fulfil ye my joy, that ye be likeminded, having the same love, being of one accord, of one mind” (Philippians 2:2). The phrase “one accord” is one Greek word used only here: sympsychos. The word is made up of two parts: syn meaning “together with” and psychos meaning “inner feelings and desires.” The combination of those two elements creates a word that implies being harmonious in our inner desires.

If you’ve ever been involved in a creative project with one other person, you’ve experienced two different minds working together. This puts you in awe of how God and the Word are described as working together in John 1:1-3. “The phrase ‘the Word was with God’ does not refer to place or space; it means He was with Him spiritually,” Mr. Flurry wrote in The God Family Vision. “He was with Him in unity. He was in submission to God for all eternity. He set the example for all people of how to submit to the one now called the Father!”

When they were creating, I imagine there were plenty of different options and ideas—things considered and rejected—but not arguments, hurt feelings or “sour grapes.” It was because there was perfect governing and submission, plus there was unity of vision. They had the exact same objective. Every idea, every step, every detail had to lead to that goal. They operated much like that word sympsychos.

When Jesus Christ—the Word in the flesh—conducted His final Passover with His disciples, He proclaimed: “A new commandment I give unto you, That ye love one another; as I have loved you, that ye also love one another. By this shall all men know that ye are my disciples, if ye have love one to another.”

How do you identify a team? Usually by their uniform! Players in professional sports can get traded around so much, any fan of a team basically can only determine whom to root for by looking at the jersey. In the case of Christ’s “team” of disciples, what is their uniform? This love of Christ being extended out to each other!

Consider where this is all leading. When God’s Family is ruling in the World Tomorrow, that’s quite a team of spirit beings. (Talk about “team spirit”!) In Mystery of the Ages, Mr. Armstrong submitted that there would be “teams” within the Kingdom of God: Abraham, Isaac, Jacob; Daniel and his three friends. Of course, within a larger team, there can be smaller groupings. But they all work together for the common cause—whether families or special demographics within a congregation, whether congregations within the larger body, or whether smaller teams within the ruling government of God in the future.

Let’s remove anything that works against God’s team-building efforts. Let’s allow Him to build His love in us. That is, after all, what identifies our team. We must all be wearing that same “uniform.” That’s the kind of teamwork and love that builds the Family.