Did Christ Rise on Easter?
Consider the one sign proving His messiahship.
By Stephen Flurry • April 2, 2010 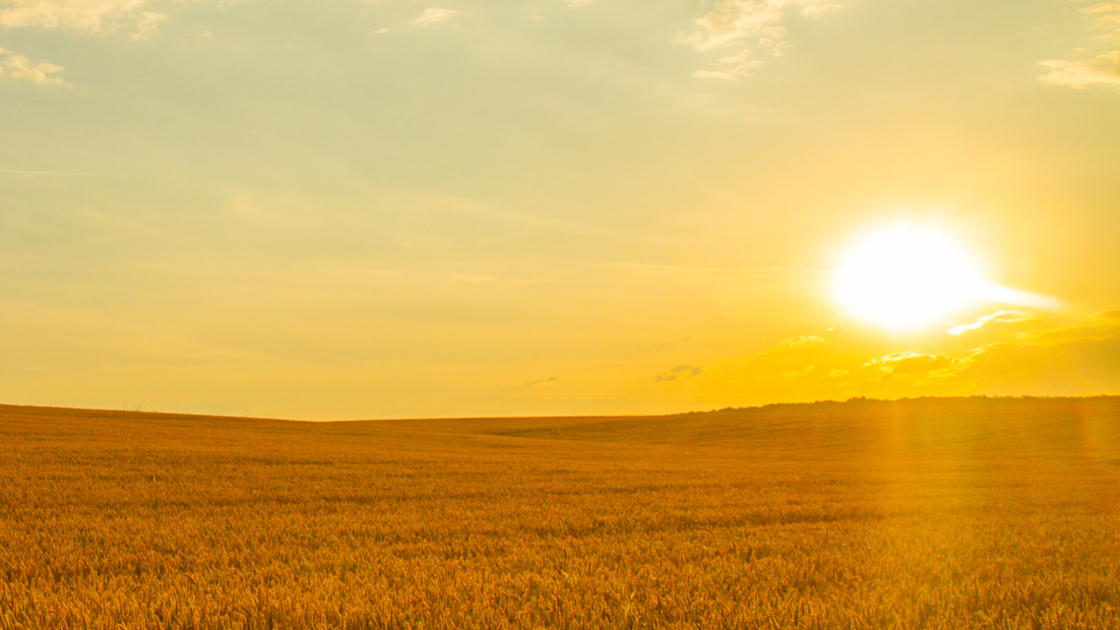 Traditional Christianity has long believed that Christ was buried on the afternoon of Good Friday and resurrected early Sunday morning—one day and two nights later—even though this belief cuts in half the time frame Christ established as proof of His messiahship: “For as [Jonah] was three days and three nights in the whale’s belly; so shall the Son of man be three days and three nights in the heart of the earth” (Matthew 12:40).

Besides that, the Bible nowhere mentions “Good Friday” or “Easter” (Acts 12:4 is a mistranslation). What it does say is that Jesus Christ was crucified on Passover (Matthew 26:2).

In ancient Israel, God’s people observed Passover by killing lambs and smearing blood over their doorposts (read Exodus 12). God then passed over each house where the blood was applied, sparing that household from death. All this was only a type of “Christ our Passover,” as it says in 1 Corinthians 5:7. Today, it is Christ’s shed blood that spares the life of a truly repentant Christian.

Jesus Christ died in a.d. 31. The Passover that year fell on Wednesday, April 25 (not Friday). Because God’s days begin and end at sunset, the actual Passover ceremony that Jesus observed with His disciples occurred Tuesday night—the beginning of the 14th day of the first month on the Hebrew calendar. On Tuesday afternoon, the disciples had asked Jesus about where to make preparations for the service (Matthew 26:17). That night, during the ceremony, Jesus changed the symbols, explaining that He was now that Passover sacrifice (Matthew 26:26-28).

After that Passover service, they went out into the Mount of Olives (verse 30). Christ spent most of the night praying while His disciples slept (verses 36-45). Early Wednesday morning, still on the 14th day of the first month, Judas came with the multitude to arrest Christ (verses 47-50). The crucifixion occurred later that same day.

The weekly Sabbath, of course, is on Saturday. But the first day of Unleavened Bread was the first of seven annual sabbaths instituted by God. Since most people do not observe God’s holy days today, they do not know that the Bible also refers to these days as sabbaths (see Leviticus 16:31; 23:24, 26-32, 39).

Now follow this course of events closely. In John 19:30, Jesus bowed His head and said, “It is finished.” Notice the very next verse: “The Jews therefore, because it was the preparation, that the bodies should not remain upon the cross on the sabbath day, (for that sabbath day was an high day,) besought Pilate that their legs might be broken, and that they might be taken away” (verse 31). Here is where so many scholars jump the track. They assume that because the day of Christ’s crucifixion is referred to as “the preparation” prior to “the sabbath” (Matthew 27:62; Mark 15:42; Luke 23:54) that it must have been on Friday. But as John points out, the preparation day was actually before a sabbath that was a “high day”—an annual holy day.

John 19:32-42 explain what happened between Christ’s death and His burial. Notice especially verse 42: “There laid they Jesus therefore because of the Jews’ preparation day; for the sepulchre was nigh at hand.” They buried Him late Wednesday afternoon, before sunset, because, according to Jewish customs, all dead bodies had to be buried before the Sabbath, whether weekly or annual. So Christ died on the afternoon of the 14th at 3 p.m. He was buried later that afternoon before sunset. From that point, all we have to do is count three days and three nights to know when He was resurrected.

But first, let us go back to the Gospel account in Matthew to continue following the course of events. “Now the next day [after the Passover], that followed the day of the preparation, the chief priests and Pharisees came together unto Pilate, Saying, Sir, we remember that that deceiver said, while he was yet alive, After three days I will rise again” (Matthew 27:62-63). Even these deceived Jews knew what Christ said! After three days and three nights—not one day and two nights—“I will rise again”!

So Pilate set a watch on the sepulcher for three days and nights. The story continues in the first verse of the next chapter. “In the end of the sabbath, as it began to dawn toward the first day of the week, came Mary Magdalene and the other Mary to see the sepulchre” (Matthew 28:1). Here again is where so many trip up—mainly because of a poor translation. The King James, along with just about every other Bible version, translates the first part of this verse, “In the end of the sabbath” or “after the sabbath.” But if you study the Greek text, you learn that the word for sabbath is actually plural! “After the sabbaths,” it should read.

Why is this significant? Jesus, remember, was crucified on a Wednesday afternoon and buried later that evening, before sunset. The next day, Thursday, was an annual sabbath. The day after that, was preparation day for the regular weekly Sabbath. The reason Matthew refers to sabbaths, plural, is because THERE WERE TWO SABBATHS THAT WEEK! When Matthew says Mary came early Sunday morning, before dawn, after one of the sabbaths, he is referring to the weekly Sabbath.

There is one more sequence of events that provides additional support for the 72-hour time frame. Mark 16:1 says Mary Magdalene and her companions bought spices “when the sabbath was past.” They were planning to prepare these ointments and spices so that they might anoint the body of Jesus. Yet Luke 23:56 says they prepared these spices and then rested on the weekly Sabbath day. Compare these two texts carefully.

Christ inspired four different Gospel accounts to be written so that all the important details of His life might be canonized. Mark said these women bought the spices after the sabbath was past. Luke said they prepared the spices before the Sabbath arrived. Those who hold to the Good Friday-Easter belief must conclude that these verses are a glaring contradiction. They are not! They complement each other perfectly, if you understand that there were two sabbaths that week. The women bought the spices on Friday, after the annual sabbath on Thursday. They prepared the spices that same day, before the weekly Sabbath, and then rested on the Sabbath according to God’s command.

When Mary entered the tomb early Sunday morning, before sunrise, she exclaimed, “He is not here: for he is risen, as he said. Come, see the place where the Lord lay” (Matthew 28:6). Yes indeed! He had already risen—the day before, just prior to sunset at the end of the weekly Sabbath. His death, burial and resurrection happened precisely the way He prophesied it would happen.

Why does it matter? Because Jesus Christ staked His claim to being your Savior on the fact that He would remain in the grave for three full days and nights.