Passover vs. Easter
The roots of this controversy are literally a matter of life and death!
By Gerald Flurry • April 14, 2022 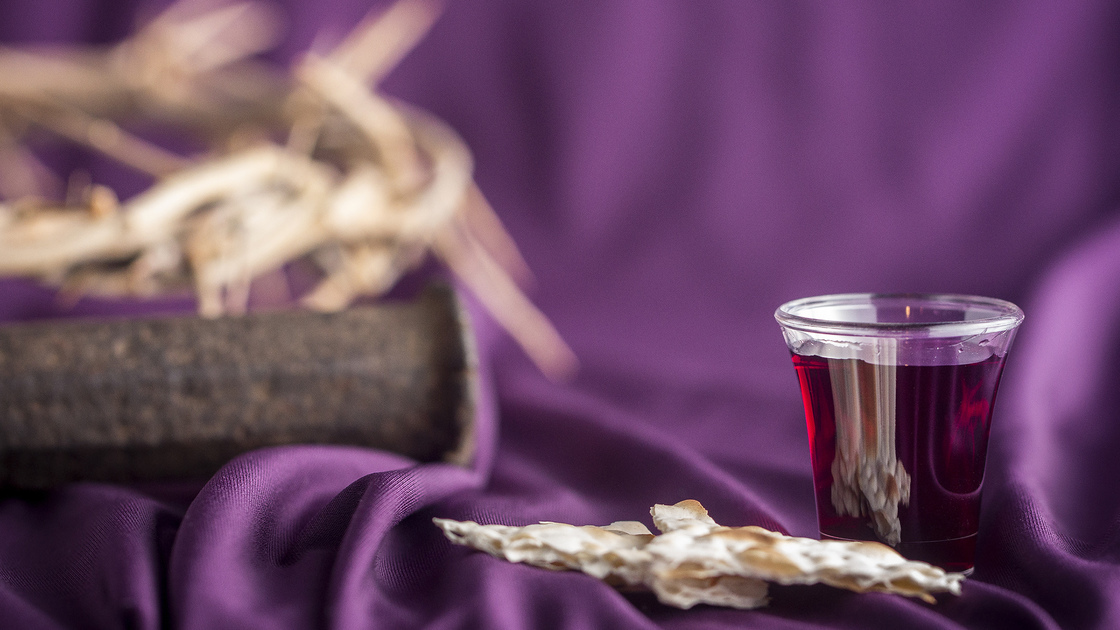 Baptized members of the Philadelphia Church of God will be observing the Passover, a memorial of the beating and death of Jesus Christ, on the night of April 14. As this solemn occasion approaches, let’s consider the persecution that God’s one true Church has endured to preserve the Passover.

Just a few decades after Christ’s death, a dark curtain fell on the history of God’s Church. Concerning this time period, Herbert W. Armstrong wrote in Mystery of the Ages, “Already the curtain was rung down on the history of the true Church. You read of it in the book of Acts, but it doesn’t go much beyond that. But the curtain seems to lift, and we begin to get a little bit of the history in about a.d. 150. There we see a church calling itself Christian, but it’s a totally different church, as different as night is from day, down from up, or black from white. But it called itself Christian.”

Notice what Edward Gibbon recorded in The Decline and Fall of the Roman Empire: “The scanty and suspicious materials on ecclesiastical history seldom enable us to dispel the dark cloud that hangs over the first age of the Church.” Mr. Armstrong often referred to this time period as “the lost century” because in secular history, as he wrote, “the history of that Church was lost.”

The book of Acts ends abruptly, several years before Paul’s death. John wrote his epistles and the book of Revelation around a.d. 85 to 90.

Continuing from Mystery of the Ages: “Scholars and church historians recognize that events in the early Christian Church between a.d. 50 and 150 can only be seen in vague outline—as if obscured by a thick mist.” (This is the same “lost century” he referred to in The Incredible Human Potential as occurring from a.d. 70 to 170.) Some Bible authors who wrote after a.d. 50, such as Peter, Jude and John, provided some details of the a.d. 50 to 90 period of Church history. But the primary purpose of their writings was not to chronicle events of the day, so the history of that period remains obscure. And the obscurity grows far thicker after a.d. 90.

Mr. Armstrong quoted from a book titled A Handbook of Church History, by Samuel G. Green: “The 30 years which followed the close of the New Testament canon and the destruction of Jerusalem are in truth the most obscure in the history of the Church. When we emerge in the second century we are, to a great extent, in a changed world” (emphasis mine throughout).

We do have some insight into this obscure time from secular sources. However, an element of caution must be used when studying secular history regarding the first- and early second-century Church. It is extremely difficult to tell who was a true Christian and who was false. As historian Edward Burton wrote, “The fugitives from Jerusalem … while some became true disciples of Jesus, others, as in the case in spreading of new opinions, may have imperfectly learnt, or ignorantly perverted, the real doctrines of Christianity” (Lectures Upon the Ecclesiastical History of the First Three Centuries). From secular history, the one measure we can safely use to determine which people were part of God’s true Church and which were not is the doctrines they taught.

This much we know for sure: The main protectors of the “faith once delivered” resided in Asia Minor—not in Rome.

The churches in the west, led by Rome, began to hold doctrines different from those of the true believers in Asia Minor. The leaders of the church in the west began to introduce the worship of Mary. They changed the day of worship to Sunday under the guise of honoring the resurrection of Jesus, even though there is abundant scriptural proof that the resurrection did not take place on Sunday. (You can prove this for yourself by requesting a free copy of our reprint article “When Was Christ Crucified and Resurrected?”) They rejected Passover and instead began to observe Easter. They began to question the holy days and all things “Jewish.” The leaders in the west also began to develop theories concerning the nature of God. They asked questions such as who and what was Jesus—was He God and man? A lot of controversy developed over doctrinal issues.

Though Rome was the capital of the western empire and eventually the capital of “Christianity,” the religion it promoted was far different from the one established by Christ. The continuation of what Christ established could be found further east, in Asia Minor.

There, from the city of Smyrna, presided the human leader of the true Church at the time—Polycarp.

We gain insight into the history of the Church after the Apostle John’s death through the scant history that remains of his successor. Tradition tells us that Polycarp was born of Christian parents around the fall of Jerusalem in a.d. 70. He became a disciple of John after John was released from Patmos, and he set up his base of operations at Ephesus. There, John canonized the New Testament as we know it today. He also trained young Polycarp, probably at the school of Tyrannus in Ephesus where the Apostle Paul had taught years earlier (Acts 19:9).

John prepared Polycarp to lead the Church into the second century, and Polycarp fought faithfully to preserve “the faith which was once delivered unto the saints.”

Fighting to Save the Truth

This time period is described in Revelation 2:8-11 as the Smyrna era—the second era of God’s Church.

When John was in prison, trouble grew in the Church (3 John 9-10). Evil Diotrephes gained power, and John’s faithful followers were kicked out! This is how the Smyrna era began. The Ephesus era began with a blaze of glory, but it ended in a cesspool of shame! The people of that era lost their first love. Then God had to move His lamp to the Smyrna era.

John’s death around a.d. 100 symbolized the death of the Ephesus era.

Polycarp, who was serving as a minister in Smyrna, took John’s place as physical head of the Church under Christ. Polycarp presided over God’s Church for about half a century after John’s death. His apostleship, based out of Smyrna, represented the early years of the Smyrna era, though there were other small congregations of God’s true Church scattered throughout Asia Minor, Syria and Judea.

Under Polycarp’s direction, God’s Church in the east strove to faithfully follow the commandments and traditions as taught by Jesus Christ. They kept the seventh-day Sabbath, the holy days, and the Passover on Nisan 14.

The writer Eusebius (a.d. 260–340) gives us accounts of Polycarp’s fight to save the truth. Perhaps the most important event in Polycarp’s ministry was his battle to preserve the Passover. The churches in the west had established Easter Sunday as the memorial for Christ’s resurrection. They stopped keeping the Passover. God’s Church in the east continued the custom of observing the Passover at night using the new symbols of bread and wine. The controversy that developed became known as the Quartodeciman Controversy. Quartodeciman is Latin for 14th. The 11th edition of the Encyclopedia Britannica says this about the controversy: “There is no indication of the observance of the Easter festival in the New Testament, or in the writings of the apostolic fathers …. The first Christians continued to observe the Jewish festivals, though in a new spirit, as commemorations of events which those festivals had foreshadowed. Thus the Passover, with a new conception added to it of Christ as the true Paschal Lamb and the first fruits from the dead, continued to be observed ….”

Even the name of this controversy shows where God’s true Church was. Those fighting to preserve the keeping of the 14th would only be the true Church. The Jews, by this time, were keeping the 15th of the first Hebrew month as the Passover. The church in the west was keeping Easter. The true Church was alone in holding to the doctrine of setting apart the only date that commemorates the primary act in God’s plan of redemption for mankind—the beating and sacrifice of Jesus Christ our Savior.

Encyclopedia Britannica continues: “Generally speaking, the western churches kept Easter on the first day of the week, while the eastern churches … kept [Passover] on the 14th day. St. Polycarp, the disciple of St. John the Evangelist and bishop of Smyrna, visited Rome in 159 to confer with Anicetus, the bishop of that see [area], on the subject; and urged the tradition, which he had received from the apostle, of observing the 14th day …. About 40 years later (197) the question was discussed in a very different spirit between Victor, bishop of Rome, and Polycrates, metropolitan of proconsular Asia …. Victor demanded that all should adopt the usage prevailing at Rome …. The few who afterwards separated themselves from the unity of the church and continued to keep the 14th day were named Quartodecimani, and the dispute itself became known as the Quartodeciman Controversy.”

Tradition tells us that Polycarp was more than 80 years old when he confronted Anicetus. He returned to Smyrna, where he endured continued persecution from the Roman government. He suffered continual isolation from the churches in Rome, but he would not change doctrine. Though he was an old man, he fought vigorously against doctrinal heresy. Polycarp was arrested shortly after this confrontation and burned alive for failing to worship Caesar.

But here’s how God concludes His prophecy about the Smyrna era: “He that hath an ear, let him hear what the Spirit saith unto the churches; He that overcometh shall not be hurt of the second death” (Revelation 2:11). Polycarp suffered a painful death, but he will not die a second time! Eternal glory awaits him, as it does for those of us who preserve the Passover today.

For more of this sobering-yet-inspiring history, study my book The True History of God’s True Church.