Sincerity and Truth
What does God see in your heart?
By Joel Hilliker • March 29, 2022 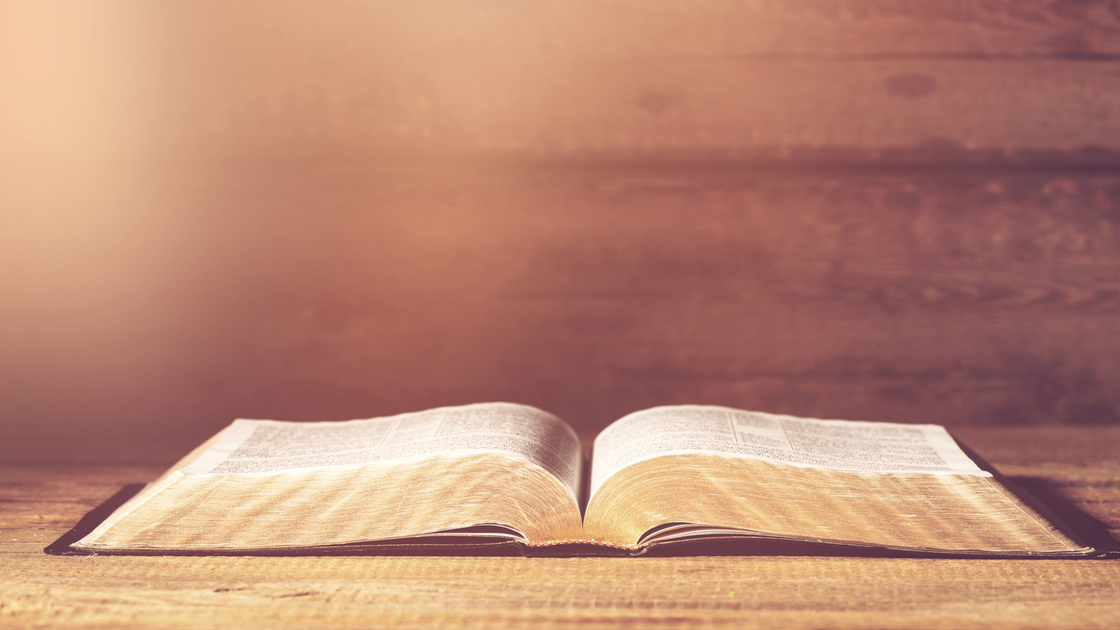 During these days, unleavened bread represents something too: righteousness—Jesus Christ. Paul admonished the brethren to replace the leaven in their lives with righteousness.

“Your glorying is not good. Know ye not that a little leaven leaveneth the whole lump?” (1 Corinthians 5:6). Paul was saying that sin may start small, but it spreads. One sin leads to another, and then another. When we do something wrong, our first impulse is to cover it up or tell a lie. Those lies lead to more lies to support the first one.

That’s why God tells us to stay away from sin completely: “Purge out therefore the old leaven, that ye may be a new lump …” (verse 7). God wants to make you into a completely new lump!

What are the characteristics of this new lump? “Therefore let us keep the feast, not with old leaven, neither with the leaven of malice and wickedness; but with the unleavened bread of sincerity and truth” (verse 8). These are two beautiful words worth pondering.

The word sincerity is translated from the Greek word eilikrineia. Thayer’s Greek Lexicon defines its root word as: “found pure when unfolded and examined by the sun’s light.” If God looked at your heart and unfolded it, laid it out in the sun and scrutinized every little bit of it, what would He find?

Do you have shadows in your life—things you don’t want exposed to the light? Are there areas you hope other people don’t find out about? Do you have secrets? If you feel you have to keep something secret, that’s a danger sign. Generally if you’re doing something in secret, you shouldn’t be doing it. Shadows in your life push God out. Your heart becomes divided between living God’s way and Satan’s way.

Paul also says this new lump must be composed of truth, meaning free from error or lies. Sincerity isn’t enough; many people are sincerely wrong. Our thoughts need to be grounded in the truth of God.

Christ said, “Beware ye of the leaven of the Pharisees, which is hypocrisy” (Luke 12:1). Herbert W. Armstrong wrote, “Human nature wants to be good—or think it is good—but not necessarily to do good” (The United States and Britain in Prophecy). We definitely want to look good to other people. But without God, our heart is “deceitful above all things, and desperately wicked” (Jeremiah 17:9). That’s a hard reality to face, so most people don’t face it. They make it appear that they are good to others, but live entirely differently when no one is watching. Instead of eating the bread of sincerity and truth, mankind eats the leaven of hypocrisy.

Webster’s Dictionary defines hypocrisy: “A feigning to be what one is not or to believe what one does not, especially the false assumption of an appearance of virtue or religion.” Hypocrisy is all about impersonating, acting and pretending. It isn’t real.

Are you living a life of pretending? Are you honest when you do homework and take tests? Do you act spiritually “switched on” around certain people and worldly around others? Are you truly a sincere person, or are you just playing a part?

Good Inside and Out

Think again about the symbolism of leavened and unleavened. Leaven puffs up. Unleavened bread is what it is—you put it in the oven and it comes out looking roughly the same. One is only form while the other is substance.

When you eat an apple, you look for one that is fresh and crisp. But you can only see the outside. You only really know if you got a good apple when you take a bite. If you hit a bruised, mushy part, you are disappointed! The apple looked good on the outside but was nasty on the inside.

God wants us to be good through and through—not just nice-looking on the outside, but something that can be opened up, unfolded, exposed and found pure!

How unlike the world that is! This world is full of things that look good but are horrible once you do a little digging.

“Woe to you, scribes and Pharisees, hypocrites! For you clean the outside of the cup and the plate, but inside they are full of greed and self-indulgence” (Matthew 23:25; English Standard Version).

Imagine having a stack of dirty dishes, wiping off the bottom or outside of them, placing them back in the cupboard, and later pulling them out and eating off of them! Christ said, in essence, that is what you are doing if you are a hypocrite!

He continued, “Woe to you, scribes and Pharisees, hypocrites! For you are like whitewashed tombs, which outwardly appear beautiful, but within are full of dead people’s bones and all uncleanness” (verse 27, esv). Here Christ compared the Pharisees to graves—whitewashed on the outside but with dead bodies inside! God is concerned with the inside most of all. He wants everything clean through and through!

Consider the vast difference between the hypocrisy of Satan’s thinking and the sincerity of God’s thinking!

Hypocrisy prioritizes the self—it tries to appear a certain way for its own benefit. Sincerity prioritizes God and others.

One focuses on appearances and is willing to entertain evil as long as others don’t know. The other does the right thing no matter who sees or doesn’t see.

One separates us from God and from healthy friendships. The other aligns us with God and breaks down barriers between friends.

“For there is nothing covered, that shall not be revealed; neither hid, that shall not be known” (Luke 12:2). This world is cloaked in darkness and deception. So much goes on behind closed doors in politics, businesses and relationships. But God knows all about it, and He says it will all be revealed! “God shall bring every work into judgment, with every secret thing, whether it be good, or whether it be evil” (Ecclesiastes 12:14). “God shall judge the secrets of men by Jesus Christ” (Romans 2:16). People may think they are getting away with all their sins and crimes, but they are mistaken.

“Therefore whatsoever ye have spoken in darkness shall be heard in the light; and that which ye have spoken in the ear in closets shall be proclaimed upon the housetops” (Luke 12:3). God says that all we do will be exposed eventually. Knowing this should affect how we live. Don’t say things in private that you would be embarrassed about if they were broadcast from the housetops! Don’t do things in darkness that you wouldn’t want seen in the light.

To be sincere, you must live in the light. Live with nothing to hide.

God wants our religion to be genuine to the core. He wants us to be free from deceit and hypocrisy. Why? Because it is a burden to have to hide something. It is burdensome to do one thing and try to make it appear like something else. Contrary to what Satan would have you believe, it is more stressful and mentally damaging to spin a web of lies to cover up a sin than it is to come clean. When you try to make yourself look better than you really are, your confidence is actually diminished. Carrying around that deceit in your life is a burden.

God wants to make your life easier by letting go of those burdens! He wants you to live in the light!

Let There Be Light!

What were the first words God said in the Bible? “Let there be light” (Genesis 1:3). With these words, this dark Earth was illuminated. These words started God’s plan for man, and they actually summarize God’s plan in an awesome way!

John wrote that “God is light, and in him is no darkness at all” (1 John 1:5). Jesus said, “I am the light of the world: he that followeth me shall not walk in darkness, but shall have the light of life” (John 8:12). God and His way are all about light!

As God’s young people, you must reject the world’s way of saying one thing and doing another. Fight to reject hypocrisy, deceit and slander. Ephesians 5:3 says, “But fornication, and all uncleanness, or covetousness, let it not be once named among you ….” That means that there are things we shouldn’t even talk about, let alone do. Verses 4 and 5 say that all who engage in filthiness, foolish talking or wrong jesting will not be in the Kingdom of God.

“And have no fellowship with the unfruitful works of darkness, but rather reprove them” (verse 11). If people try to get you to do things you will have to cover up, do not go along. Instead, speak out! Let them know they shouldn’t be doing that, and tell your parents or a minister if it is serious enough. That is the best thing you can do for yourself and for them! “But everything exposed by the light becomes visible—and everything that is illuminated becomes a light” (verse 13; New International Version). Everything will be exposed sooner or later.

Eat the unleavened bread of sincerity and truth. Rid yourself of the burden of hypocrisy and live your life out in the open, so that God can unfold your heart and find no shadows in your motivations or actions. Teens: let there be light in your life!

a poem by Edgar Guest

I have to live with myself and so

I want to be fit for myself to know.

I want to be able as days go by,

Always to look myself straight in the eye;

I don’t want to stand with the setting sun

And hate myself for the things I have done.

I don’t want to keep on a closet shelf

A lot of secrets about myself

And fool myself as I come and go

Into thinking no one else will ever know

The kind of person I really am,

I don’t want to dress up myself in sham. …

I don’t want to look at myself and know that

I am bluster and bluff and empty show.

I never can hide myself from me;

I see what others may never see;

I know what others may never know,

I never can fool myself and so,

Whatever happens I want to be