‘Keep Them From the Evil One’
Jesus Christ asked that God would protect His disciples—not only in that age, but every age—from the evil one
By Gerald Flurry • March 25, 2022 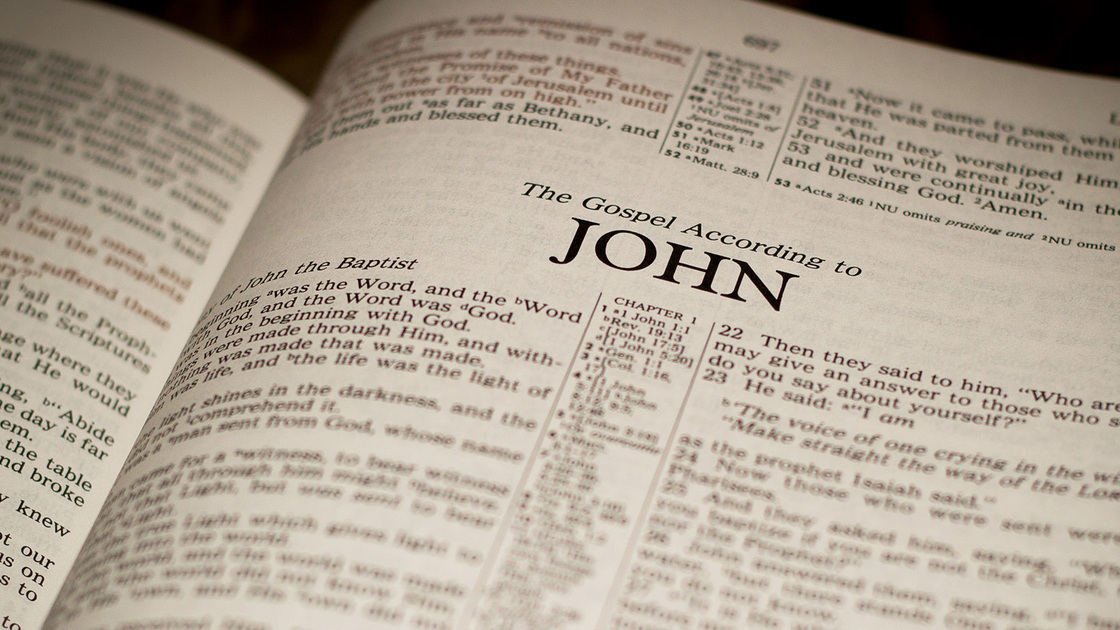 The Apostle John is the only Gospel writer to include Jesus Christ’s prayer the night before He was crucified. That prayer is recorded in John 17.

Jesus Christ asked that God would protect His disciples—not only in that age, but every age—from the evil one (verse 15). He was quite concerned about the evil one. The King James Version just reads “the evil,” which makes it sound like a hazy, impersonal force. But Christ was referring to a very specific being—a being who has greatly damaged God’s end-time Church. God’s people have witnessed that. We must know the fierce nature of the enemy we face.

Satan stirred religious translators to water down this verse taken from one of Christ’s most heartfelt prayers, which He uttered the night before His crucifixion!

No wonder the whole world is deceived! (Revelation 12:9). They don’t believe Christ, therefore they don’t know the evil spirit being called Satan the devil.

This world worships the most evil being in the universe and thinks it is worshiping God! Satan is the god of this world (2 Corinthians 4:4).

We know that Satan the devil is very capable of getting inside God’s Church. He has done that in this end time—destroying the Work and turning 95 percent of the members away from God. Why was he able to do that? How could Satan have such a monstrously high success rate within God’s own Church?

Christ was keenly aware of the devil on the last night of His life on this Earth. We also need Christ’s vigilance concerning Satan. God’s people must think very seriously about this eternal life-and-death subject!

The Prophet Ezekiel gives us some critical background information about this evil spirit being. God, through Ezekiel, said this to Satan: “Thou art the anointed cherub that covereth; and I have set thee so: thou wast upon the holy mountain of God; thou hast walked up and down in the midst of the stones of fire” (Ezekiel 28:14).

Lucifer was one of the most splendid angels that God created—one of three archangels listed in the Bible. He was created to do a mighty work. This very impressive being was right there with God and the Logos—a cherub covering the throne of God. He could learn how God thought—he could watch how God operated. God trained him for a significant job on Earth and, later, in the universe. God wanted to use him in a magnificent way.

Lucifer means “light bringer.” He had a lot of the light of God to bring to this Earth. But he became the prince of darkness! Now, Satan is the ugliest, most unhappy, miserable being in the universe. He is totally opposite of God.

That is a shocking and horrifying nightmare! Something went dreadfully wrong. Nothing like that had ever happened in the universe before.

What happened? When you see something like that, there is always a giant lesson to learn from it.

God continues: “Thou was perfect in thy ways from the day that thou wast created [God created him perfect], till iniquity [lawlessness] was found in thee” (verse 15). Translators always seem to want to soften the word lawlessness by calling it iniquity.

Lucifer reached a point where he simply would no longer keep the law of God, which is the love of God.

Lucifer stopped loving God. That is where lawlessness leads. If you are breaking God’s law, that is the end result. Satan began traveling down the wrong path, and he didn’t stop—he just kept going.

Here we see how the evil one thinks. He is totally lawless. Anybody who keeps God’s law becomes his primary enemy. Satan is lawless, which means he hates the government of God that teaches and implements God’s law.

“By the multitude of thy merchandise they have filled the midst of thee with violence, and thou hast sinned: therefore I will cast thee as profane out of the mountain of God: and I will destroy thee, O covering cherub, from the midst of the stones of fire” (verse 16). Here is God’s response to this violent being.

“Thine heart was lifted up because of thy beauty, thou hast corrupted thy wisdom by reason of thy brightness: I will cast thee to the ground, I will lay thee before kings, that they may behold thee” (verse 17).

Lucifer had beauty and brightness. He became vain and proud about that, and it corrupted his wisdom! Because of that vanity, he became a massive failure. He became absorbed in his own brightness and beauty—which God Himself made!

Lucifer was like a speck in all of God’s creation, but he selfishly focused on himself. In his own eyes, he became more important than God and all His creation.

Can we become that vain about beauty? Or about things? Can vanity corrupt our wisdom? Certainly. Oftentimes, human beings become self-absorbed, wrapped up in our own beauty or looks or things.

God had a plan for this being—but instead of thinking about that vast universe and all eternity, Lucifer began to think about his own beauty! He became obsessed with his own form and shape, which God Himself made and created! This was an amazing development!

Even though Lucifer was brilliant, you have to say he became terribly shallow—spiritually.

Yes, he was a mind-dazzling creation—yet he was nothing like the Logos or God! He didn’t have Revelation 1 brilliance and brightness! His beauty didn’t approach God’s own beauty. Still, he grew self-obsessed!

Have you witnessed that happen to human beings? I have even seen members of God’s own Church, who possess the Holy Spirit, orient their minds so much on themselves—or their things or some kind of beauty they like—that it has taken them away from the God who created them!

God created us all—and yes, He did create us with a certain beauty and brightness. But it is madness to get our minds focused on that rather than the far more beautiful, far more dazzlingly bright, Creator God and His plan!