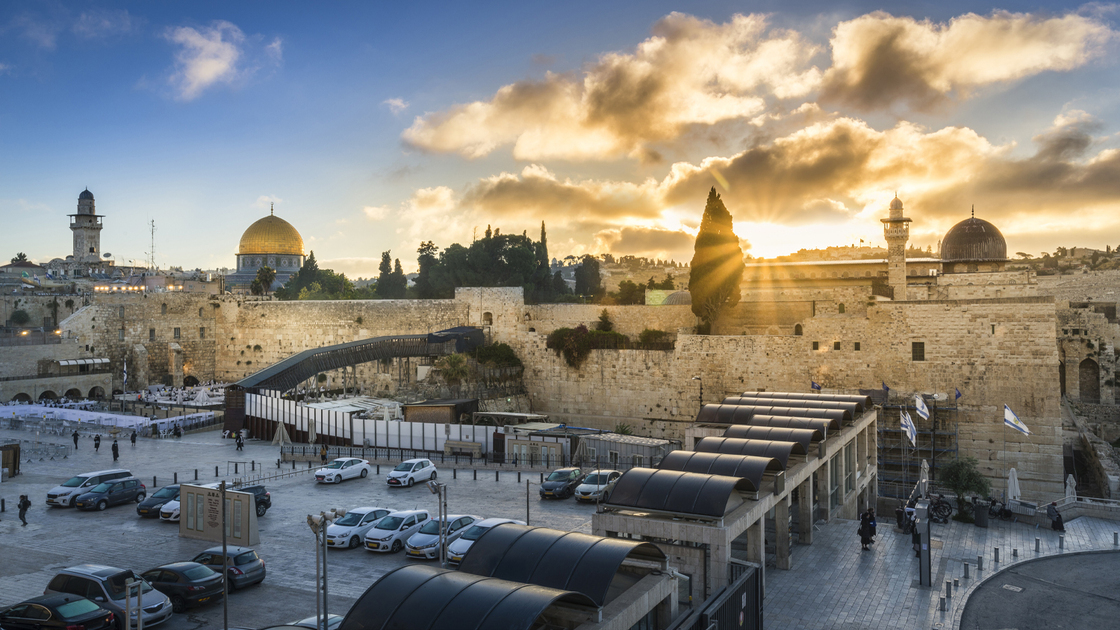 Isaiah prophesied of how preparations for Jesus Christ’s return would center in Jerusalem: “The voice of him that crieth in the wilderness, Prepare ye the way of the Lord, make straight in the desert a highway for our God” (Isaiah 40:3). John the Baptist fulfilled this in type before Christ’s first coming (John 1:23)—but the primary fulfillment was in the end time by Herbert W. Armstrong. And among those preparations is this commission: “O thou that tellest good tidings to Zion, Get thee up into the high mountain; O thou that tellest good tidings to Jerusalem, Lift up thy voice with strength; Lift it up, be not afraid; Say unto the cities of Judah: ‘Behold your God!’” (Isaiah 40:9; jps Tanakh).

“A message (Isaiah 40:9-10) is yet to go by a servant of God to the cities of Judah,” Mr. Armstrong wrote. “In whatever way God wills, it shall go” (Plain Truth, October-November 1980). He thought God would use him to fulfill this prophecy, and he worked diligently to that end. He knew a servant of God had to do it in this end time. God prophesied so!

Although Mr. Armstrong had a gigantic impact in Jerusalem, he was unable to fulfill entirely this commission to Judah. Clearly the job was not complete before he died.

The Philadelphia Church of God is working earnestly to carry on the work Mr. Armstrong started. Through this small but powerful Work backed by the great God, good tidings are reaching Zion and Jerusalem, and the cities of Judah can hear God’s “Behold your God” message—today, right now!

We have maintained an office in Jerusalem for many years now. We have started the Armstrong Institute of Biblical Archaeology, with news and archaeology articles aimed at the people of Judah, and it has a growing audience in that nation. We have penetrated parts of the area around Jerusalem with our television program, which Mr. Armstrong was never able to do.

We have also followed in Mr. Armstrong’s footsteps and continued digging in Jerusalem. Though that “iron bridge” partnership included many different ventures, everything flowed from the archaeology project. We have continued that partnership, celebrating its 50th anniversary in 2018! Since 2006, our college, Herbert W. Armstrong College, has sent more than 57 diggers to Jerusalem to work with Prof. Benjamin Mazar’s granddaughter, the late Dr. Eilat Mazar. We have participated in every one of Dr. Mazar’s excavations in the City of David and on the Ophel. Our students comprised most of the laborers on Dr. Mazar’s most recent dig in 2018, which we also fully funded.

During this time, Dr. Mazar discovered some of the most stunning and important artifacts I believe have ever been uncovered anywhere. She unearthed evidence of King David’s palace (where David’s throne was), King Solomon’s royal quarters, the governor Nehemiah’s wall, the seals of two Judean princes mentioned in Jeremiah 38, and a gold menorah medallion and bronze coins. In 2015, she discovered the seals of King Hezekiah and Isaiah the prophet.

Isaiah 40:9 is being fulfilled now! This prophecy shows Christ’s return is imminent. We are already announcing God to the cities of Judah. That is a wonderful message: introducing the new King who is to rule Jerusalem for 1,000 years and beyond! You don’t introduce someone unless he is about to appear!

How blessed we are to be a part of this Work and these prophecies! Why do we send students to Jerusalem to dig in the dirt? Because the Eternal has chosen Jerusalem! (Zechariah 2:12). This is the only hope for Jerusalem—and for all mankind! Isaiah does more than just call it “good tidings.” He says, “Behold your God!” You can put an exclamation point after that, maybe two or three or four!

God is grieved by the tragedies befalling Jerusalem today, but He has chosen Jerusalem! He is going to fulfill all the great prophecies and promises He has made.

God is clearly getting His people focused on Jerusalem. That dig helps us keep our minds there. Our projects in Jerusalem are directly connected to God’s exciting future plans for this city.

This is spectacular knowledge, and when we understand it as we need to, we will be even more thrilled about our projects in this city. If we can catch this vision before Christ returns, we will be given a magnificent reward. “Behold, the Lord God will come with strong hand, and his arm shall rule for him: behold, his reward is with him, and his work before him” (Isaiah 40:10). God has a mind-staggering reward for you if you do His Work.

For more, read my free book The Eternal Has Chosen Jerusalem.