Lessons From History: The Good Brother
The story of the other Goering
By Jessica Brandon • March 10, 2022 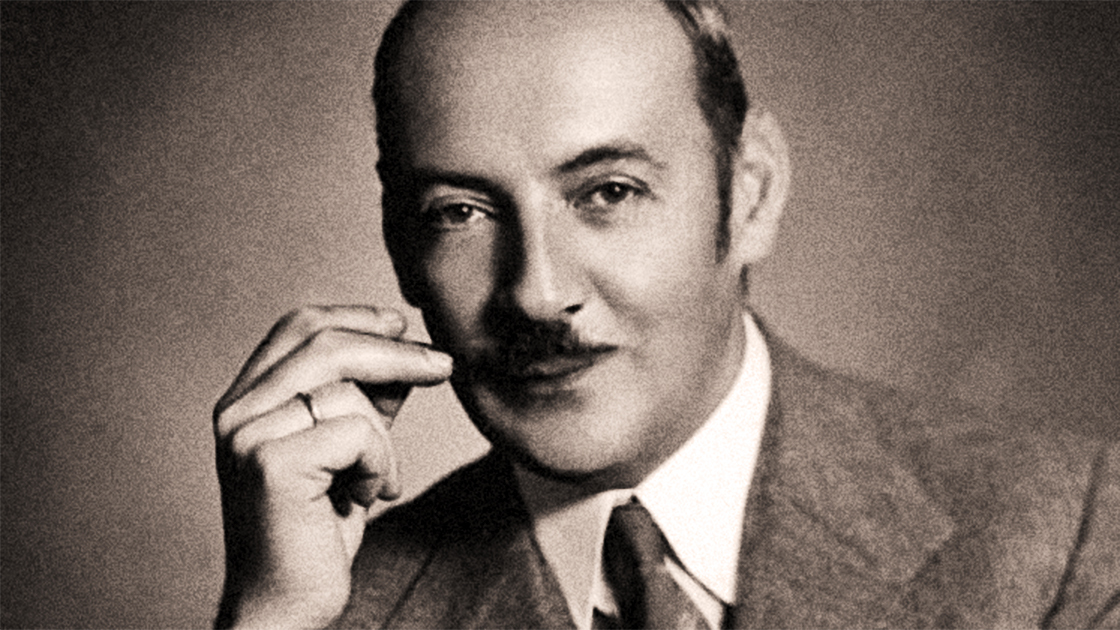 If you have ever studied World War ii history, you will probably recognize the name of Hermann Goering—the infamous Nazi leader, Hitler’s second-in-command, and the co-murderer of millions of people.

Hermann Goering was the commander-in-chief of the Luftwaffe, the Nazi air force. He was also the founder of the Gestapo and had a direct hand in creating the first concentration camps. He was an advocate of the Final Solution, the plan to exterminate Jews and all other “undesirables” to create one pure Aryan race.

The name of Goering is infamous for more reasons than one.

Where Hermann was cruel, cold, and calculating, Albert was compassionate, caring, and courageously anti-Nazi. He pitied the Jews for their fate and did everything he could to help them. He saved the lives of many Jews during the war, despite—and often in spite of—his brother’s Nazi ties. Albert Goering courageously stood up to the Nazi regime in any way he could, without fear for his own life. Even though his brother was widely known as one of the most powerful Nazis, Albert would not let himself be swayed to the Nazi cause by family ties.

When the brothers were young, they were total opposites in both personality and appearance. Hermann, the oldest, was a strong and completely fearless boy with bright blue eyes. He was very close with his youngest brother Albert, a serious, quiet boy with brown eyes.

As they grew older, the differences between the brothers became more apparent, but they still remained very fond of each other. Albert became a man with deep moral convictions and the mind of an engineer. Hermann became a political activist. In the ‘20s, Hermann became one of Hitler’s earliest supporters, but he had to go into exile after Hitler was imprisoned. When Hermann returned a few years later, he rose to the top of the Nazi government.

Albert, on the other hand, disliked the growing Nazi movement in Germany so much that he moved to Austria to get away from it. When Germany annexed Austria in 1938, he moved again, this time to Czechoslovakia. He became export manager at Skoda, a Czech arms factory, the next year. While Albert worked at Skoda, he helped many of his own employees—some of whom were known dissidents—escape the Nazi regime, often by forging his own brother’s signature on the documents to give them safe passage. Many times, Albert used this same tactic to help personal friends who were Jews or married to Jews escape into Allied territory. Sometimes, he would go to concentration camps and requisition laborers, allegedly to help out in the factory. Then he would release them into the forests so they could escape.

Under Albert, the Czech workers at Skoda exercised a strategy of passive resistance. It was too dangerous for them to openly flaunt the Nazis. But as Skoda was a major arms manufacturer for the Nazis, the Skoda employees did everything they could to slow the process. Employees would make wrong translations of orders and catalogs, “lose” important documents, or “forget” to do important jobs. The Germans occupying Czechoslovakia had many military contracts with the company, and Albert turned a blind eye to the workers’ sabotage. He was quite happy to allow them to slow down the German military machine in any small way they could. The Gestapo was often aware that the plant was taking far longer than usual to fulfill the orders, but they couldn’t do anything to stop Albert or the Czech employees. They were afraid of the Goering name.

Albert would even drop bits of sensitive information to the members of the Czech resistance who worked in his factory, which they would then pass on to the Allies. He is alleged to have mentioned the date of the German invasion of France to these workers, which they quickly reported to the Allied powers.

Albert often used his surname to help out the Jews and other minorities that Nazis like his brother wanted to exterminate. Once, the Nazis forced a group of older Jewish women to scrub the streets of Vienna to humiliate them. Albert happened to be passing by, so he took off his jacket, kneeled down, and started scrubbing right along with the Jewish women. The SS officer in charge had no choice but to release all of the women so that he wouldn’t be accused of humiliating the brother of Hermann Goering.

Albert brazenly spoke out against the Nazis, and he often refused to give the Nazi salute—a crime that was usually punishable by immediate death. But Hermann protected Albert from the Gestapo. As long as Albert kept his resistance fairly low-profile, Hermann was able to prevent Hitler and other Nazis from harming him.

Albert even got Hermann to release Jews on occasion, and Hermann did it because he wanted to show his brother his power. Richard Sonnenfeldt, a prosecutor and interpreter at the Nuremberg War Crimes Trial, talked about this: “Albert would go to his brother Hermann and say, ‘Hermann, you’re so big and so powerful, and here’s a Jew who’s a good Jew and doesn’t belong in a concentration camp. Can’t you just sign a paper?’ And Hermann would say, ‘This is absolutely the last time I’m going to do this—don’t come back.’” And then a few weeks or a month later, Albert would be back. He succeeded in freeing at least a hundred people this way—by appealing to Hermann’s vanity.

After the war, Hermann Goering was arrested, tried and convicted for crimes against humanity. He was sentenced to death, but he cheated the hangman’s noose by taking poison on the day he was to die.

Albert was also arrested and imprisoned for several years after the war—simply because of his last name. Most people just couldn’t believe that a Goering would help Jews, even though Albert told a convincing story. His interrogators believed that he was just a really good liar. He was only released after he wrote a list of thirty-four names of people that he directly helped save. Many resistance fighters and Jews he saved also spoke out on his behalf.

Albert Goering constantly risked his life and livelihood to save the lives of hundreds of Jews during the Holocaust, even while his brother was perpetuating the Third Reich. He was arrested by the Gestapo—four times. But each time, Hermann had him released because of the close friendship that still existed between the brothers, despite their diametrically opposite worldviews.

The example of Albert Goering is inspiring because he wouldn’t let the pressure of his family ties make him go along with injustice, even though his close blood relationship with one of the highest-ranking Nazi leaders would have necessarily brought more scrutiny on him. Albert saw that the Nazis were wrong—that his brother was wrong—and that what they were doing was horrifying. He did everything in his power to save victims of the tyranny that his brother was directing. He stood up against injustice, even though his beloved brother was one of the perpetrators.

Because of what he did during the war, many Jews call Albert Goering “the good brother.” Hermann Goering was instrumental in destroying six million Jews, but his brother did everything he could to save them. There is a petition to add Albert to the list of “Righteous Among the Nations,” a rare honor given to those who risked their lives to save Jews during the Holocaust of World War ii.

Would you or I have done the same—if our family members, our friends, our acquaintances, and even just the regular people walking down the street were all supporting the wrong way?

It wasn’t an easy decision for Albert to make. But he did it. And his courageous actions in the face of nearly constant danger and the perpetual risk of arrest showed that Albert was a man who valued human life over family ties. He valued doing the right thing more than doing the easy thing.

How many times are we faced with choices like this in our daily lives? Ours are not necessarily life-and-death, but even the little choices we make every day are between the right way and the easy way—between the straight and narrow way that leads to life, and the broad, open path that leads to destruction (Matthew 7:13-14).

Often, we are also faced with situations where others are pressuring us to do the wrong thing. It’s the herd mentality—“Everyone else is doing it, so why shouldn’t I?” We have to have the courage to stand up for the right way like Albert Goering did, no matter the opinion of those around us—our workmates, our friends, or even our families.

So the next time you are faced with a tough decision between the right way and the easy way, remember the example of Albert Goering—the good brother.