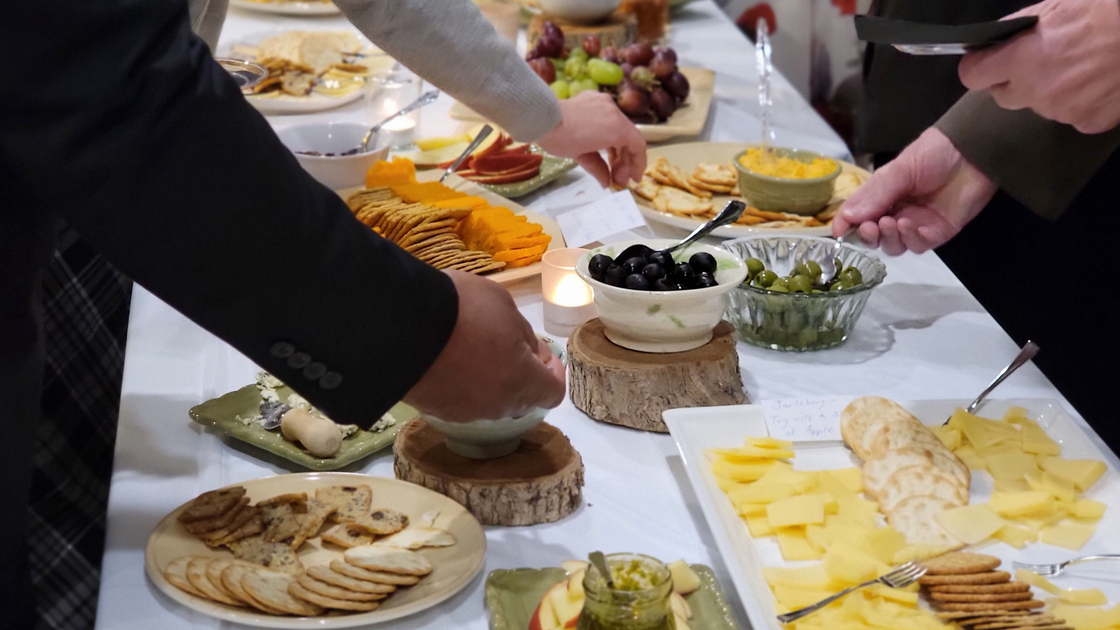 The meeting began with vocal exercise and a table topics session that included questions about the James Webb Space Telescope, former German Chancellor Angela Merkel and economic inflation in the United States. During the break, the attendees sampled cheeses and fruits with varieties of red and white wine as well as champagne.

During the second half, the audience heard five speeches on topics including why it is poor manners to wear a hat indoors and the importance of home schooling.

“I enjoyed the speeches and the subjects the men chose to speak on,” Katelynn Street said. “I also enjoyed seeing how some of the men improved since the last time I participated in a club event.”

The meeting finished with a lecture by Mr. Davis providing seven points to becoming more tactful in conversation. The meeting concluded at 9:30 p.m., and despite the frigid weather, all attendees returned home safely.