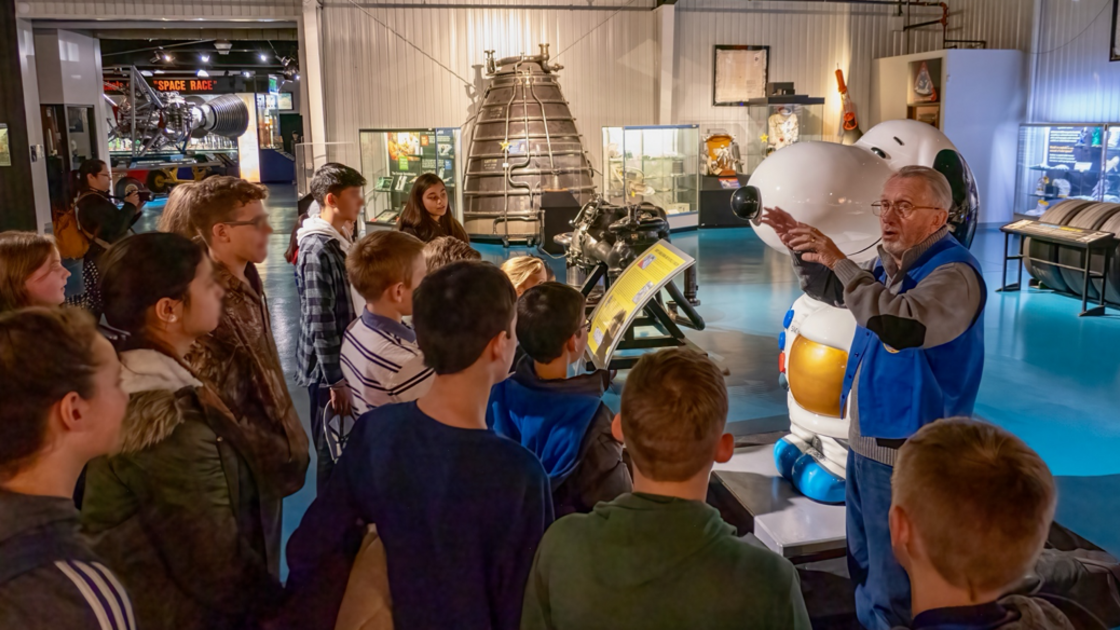 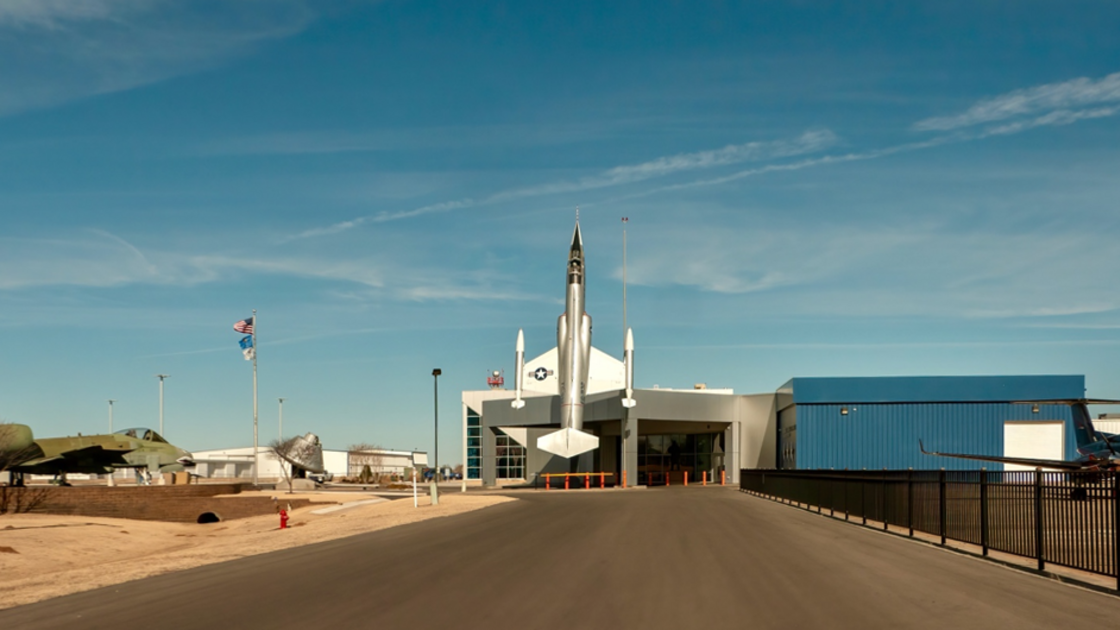 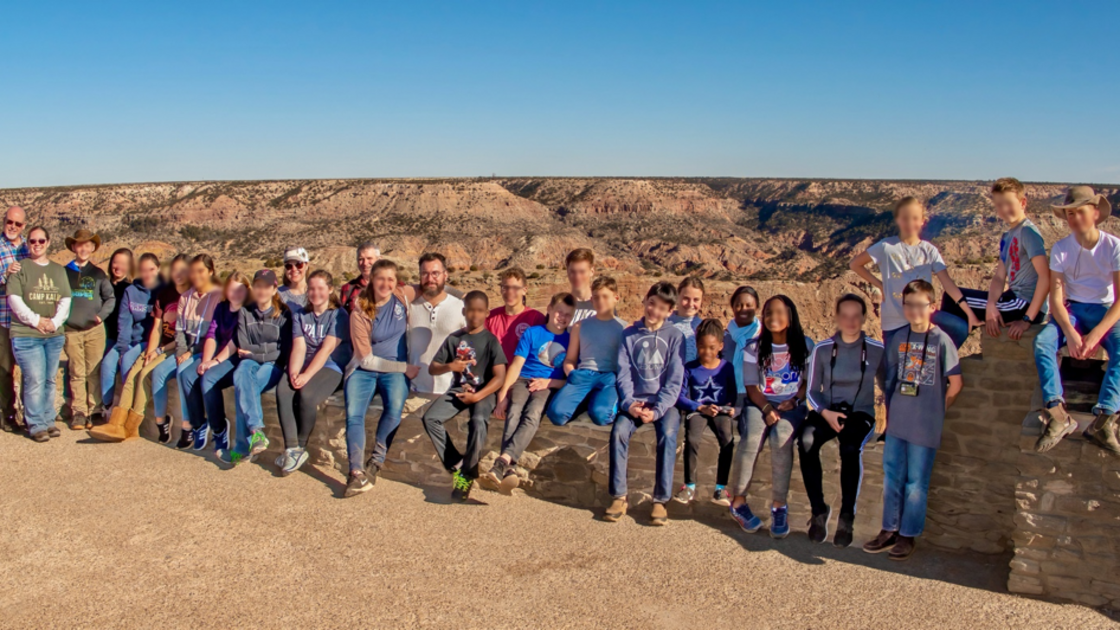 Before the Sunday morning departure, science club advisor Stephen Coats showed students a brief presentation about the canyon and about geology, telling the students how to watch for changes in geography between central Oklahoma and north-central Texas as trees thinned out and the elevation gradually rose by 3,000 feet.

An 80-minute drive brought the group of 35 to the air and space museum, where they took a detailed guided tour. The tour guide remarked later that he was impressed by the behavior of the students and their level of interest in the exhibits he explained, rather than paying more attention to smartphones or other distractions.

In the mid-afternoon, the caravan continued west on Interstate 40, arriving in Amarillo just after sunset. After having dinner together at a buffet, with a limit of one trip down the dessert line, the group checked in to a hotel, with some going for a swim before everyone retired to their rooms by 10:30.

After breakfast, the group drove 30 minutes from the downtown to Palo Duro Canyon and visited several lookouts before descending into the canyon. Some said that it reminded them of Petra, Jordan.

“The weather couldn’t have better for the occasion,” high schooler Jonathan Saranga said. “The Lighthouse had my imagination running the whole time we were there, just trying to fathom how there used to be a solid wall of rock there …. It was amazing.”

Most then took the 5½-mile hike to a rock formation called the Lighthouse, with a few opting for a less strenuous hike in the same area. The group departed in the mid-afternoon and arrived back on campus five hours later.