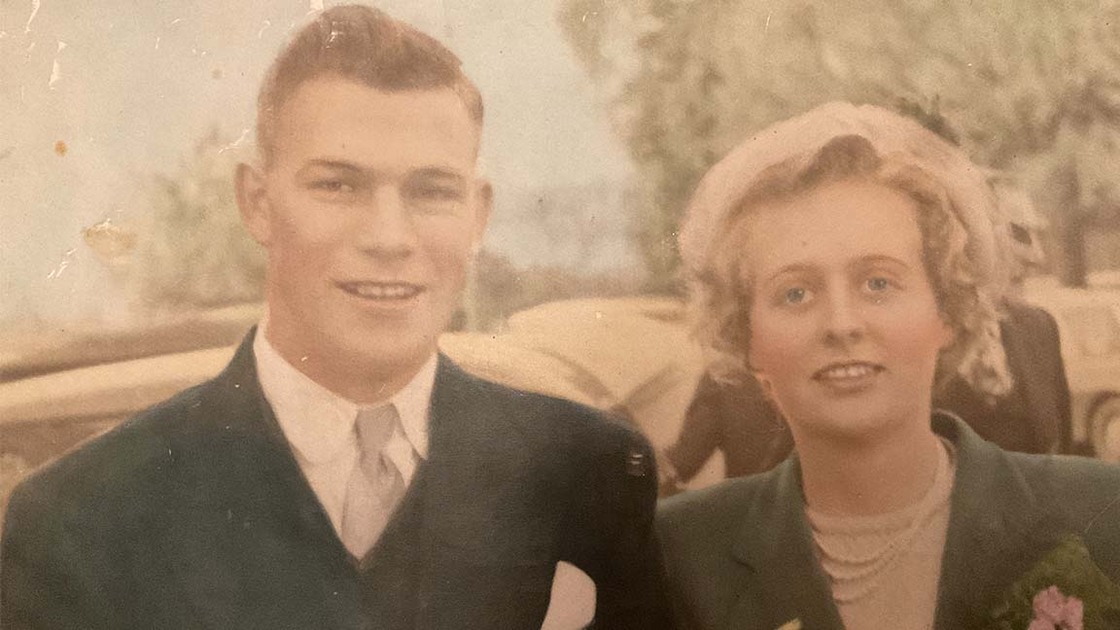 AUSTRALIA —She is known for her lemon cheesecake and wise old sayings, but Doreen Gibbs’s life story offers more than desserts and idioms. Job 14 says that the days of a person’s life are full of experiences. This couldn’t be more true than in the case of Mrs. Gibbs.

Born in Yackandandah, Victoria, on Nov. 10, 1930, Doreen was the eldest child of Eric and Lilian Paull. She had one younger brother, John. During World War II, her father served in the Australian Army. He was taken as a prisoner of war in Singapore and was forced to work on the Burma Railway.

Thousands of miles from the front, Lilian Paull exerted resilience, determination, hard work and devotion at home, character traits that would shape the course of her daughter’s life. Mrs. Gibbs fondly remembers, “Mum kept the home fires burning.” She was president of the local Red Cross chapter and helped the local hospital by mending sheets and linens, which could not be replaced in war time.

When the war was over, the Paulls became dairy farmers. After completing three years of high school in Beechworth, Doreen worked in a solicitor’s office for five years. She and her cousin occasionally attended Saturday evening dances, one of which led to her meeting Jack Gibbs. She thought he “was tall and handsome and a good dancer,” and the two married in 1952.

Mr. and Mrs. Gibbs became parents on Oct. 20, 1952, upon the birth of their first daughter, Evelyn. Little did they know that she would be the first of many children that they would bring into the world. Mrs. Gibbs tells that her husband was determined to have a son after his older brother teased him for having several daughters. Twenty years and 11 girls later, Jack and Doreen Gibbs became parents to a son, Kenneth.

Mrs. Gibbs recalls listening to The World Tomorrow program by Herbert W. Armstrong on a local radio station. “The Jehovah’s Witnesses and the Mormons were very active at that time,” she said. “Mr. Armstrong was the only one that made sense.” She began receiving the Plain Truth in 1960 and was baptized on April 1, 1965. Her husband was opposed, actively trying to prevent her from attending services, but she again and again proved her loyalty to God.

As the 1970s progressed, however, the Church in Australia abandoned more and more biblical doctrines established by Mr. Armstrong. Mrs. Gibbs was disfellowshipped, without her knowledge, in 1979, finding out about it from a neighbor who attended.

Not until 2008 did Mrs. Gibbs find an advertisement for He Was Right, published by the Philadelphia Church of God, while browsing the Internet.

“It was around Passover time,” she said, “and I requested several books including Malachi’s Message and Who Is That Prophet.” Later she requested Mystery of the Ages.

In 2009, Mrs. Gibbs asked a minister if she could attend the Feast of Tabernacles with the Philadelphia Church of God. She was invited to services in September of that year, attending the congregation in Wagga Wagga, New South Wales. She now attends the Melbourne congregation, and before Covid restrictions, she and another couple made the six-hour return drive every few weeks.

Mrs. Gibbs says that, after God, “Family has always been my first interest. … After my children left home, I joined the local Family History Society, and traced my ancestors back about six generations.” She served as treasurer for the society for about 12 years and helped others trace their family histories as well, spending every Monday at the library recording local history. Due to Coronavirus restrictions and library remodeling, staff and the community have been restricted in their use of the library.

Mrs. Gibbs, now 91 years of age, continues to remain a dedicated member of God’s Family. When asked what she accredited her long life to, Mrs. Gibbs replied “Honor your father and mother, that your days may be long upon the land.”