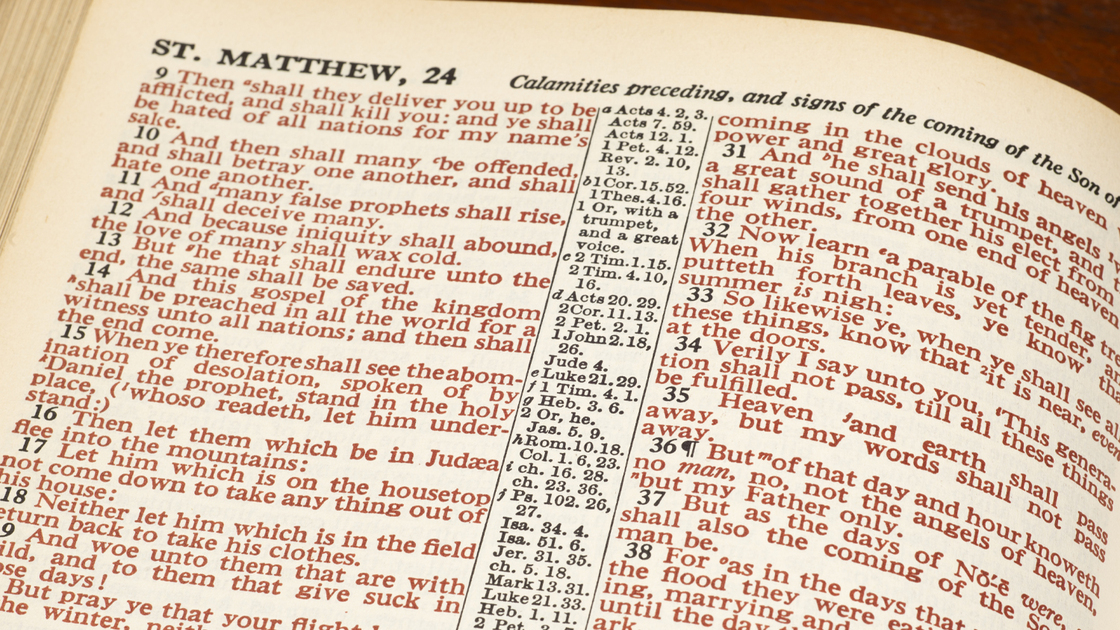 Jesus Christ’s disciples came to Him as He sat on the Mount of Olives, asking Him what would be the sign of His coming and the end of the age.

Notice what He said in Matthew 24:14: “And this gospel of the kingdom shall be preached in all the world for a witness unto all nations; and then shall the end come.”

What did Christ mean by this sign? Can we know if this has happened yet?

First, we need to understand what the gospel message is. Mark 1:14 shows that Christ preached the “gospel of the kingdom of God.”

So we know that the true gospel is about the Kingdom of God, and it had to be preached in all the world. Christ’s gospel message was preached in the first century by His apostles, but that message was quickly suppressed and replaced by a counterfeit message about the person of Jesus. You can read more about that history in The True History of God’s True Church.

But Christ said His true gospel would be preached in all the world for a witness. This task was not accomplished in the first century. Fast-forward 1,900 years. Mass communication developed and a man by the name of Herbert W. Armstrong came on the scene.

Mr. Armstrong was used by God to preach the good news of the soon-coming Kingdom and Family of God—the true gospel—around this world as a witness. He met with world leaders, spoke on radio and television, and published books, booklets and magazines. In all that he spoke and wrote, Mr. Armstrong preached the true gospel. The fruits of his long and productive life and work prove that he fulfilled Matthew 24:14.

Herbert W. Armstrong died on Jan. 16, 1986. So why didn’t this age of man end at that time? To find the answer, we must understand what Christ meant when He said “then shall the end come.”

Notice this quote from Lesson 22 of our free Bible correspondence course: “The word end used here in verse 14 is not talking about the end of the age. In verse 3, the disciples asked Christ about the end (Greek sunteleia)—meaning the entire completion, or consummation, of the age. In verse 14, the word translated as end is the Greek word telos, which can mean the termination or limit at which something ceases to be; or that by which a thing is finished, its close. Thayer’s Lexicon states that ‘what end is intended the reader must determine by context.’”

After Mr. Armstrong preached the gospel around the world as a witness, the end of the Philadelphia era of God’s Church occurred. The Laodicean era—which is the last era before Christ returns—came on the scene. You can learn more about this history in Malachi’s Message.

Revelation 10:11 shows that God’s loyal remnant must prophesy again in the short time before Christ returns to this Earth.

To understand more about the life and work of Herbert W. Armstrong, and how God is continuing His Work today, request our free book Raising the Ruins.