‘There Is Nothing Better’
Your Bible says there is nothing better than working hard and reaping the rewards.
By Grant Turgeon • Dec. 29, 2021 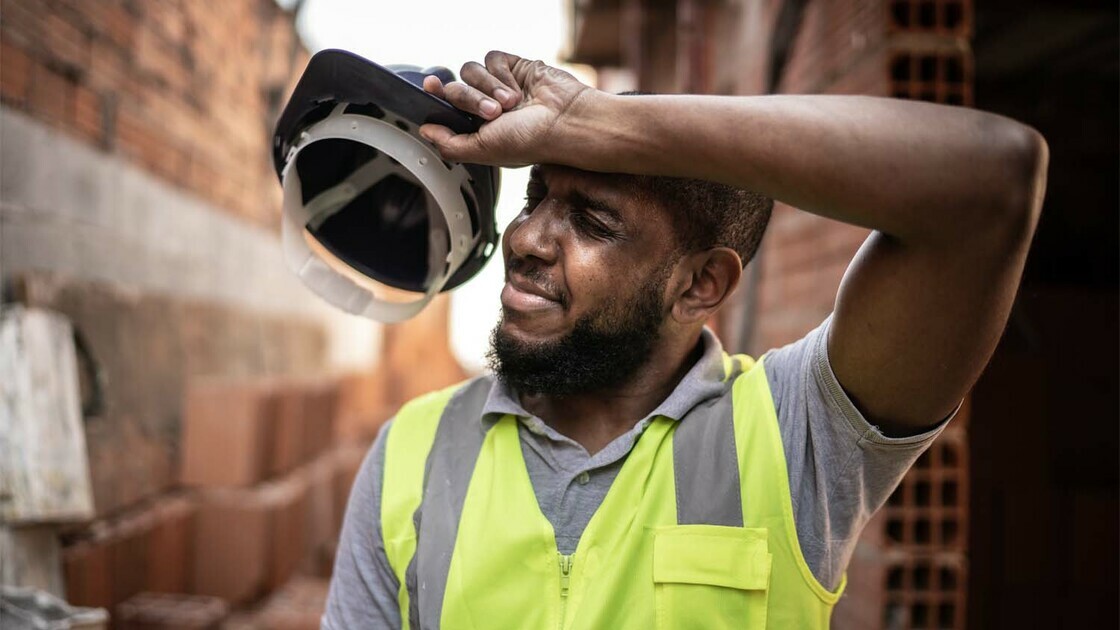 Societal problems like poverty and homelessness stem from a variety of choices and factors, but in most cases there’s a connection between such problems and a poor work ethic, especially in the land of opportunity, the United States of America.

Laziness is intertwined with a lack of personal responsibility, the idea that no matter what goes wrong in your life, it’s never your fault. It’s the false notion that no matter how hard you try, you won’t succeed because some vague person or force is holding you down. This victim mentality causes misery and convinces millions of people to desire communism, a system in which the government steals absurd percentages of hard-working citizens’ money through unjust taxation, then redistributes it to others among us. (History shows that communist governments tend not to follow through on the second part.)

“The desire of the slothful killeth him; for his hands refuse to labour. He coveteth greedily all the day long: but the righteous giveth and spareth not” (Proverbs 21:25-26). The lazy desire a work-free life, but this is self-destructive. As they witness others reaping the rewards of hard work, jealousy quickly sets in. Still, they don’t want to follow the good example of those hard workers; they covet money and choose ‘leaders’ who promise to make their fellow citizens “pay their fair share” in burdensome taxes.

Today, the incentive to work is being removed, especially with big-government intervention during the pandemic. A waitress told me about 8 months ago that her restaurant is severely understaffed because the State of Oklahoma was paying former workers 50-60 percent of the salary they once made, and the federal government sends them a check for close to the same amount. That’s right, people were being paid more to stay home and do nothing than to work! This waitress said that she too would have accepted these same government handouts, but she was raised to work hard.

Despite this current sad reality, the benefits of hard work are still obvious and tangible—easy for anyone, religious or not, to notice. Those willing to search the scriptures will discover that “there is nothing better.”

Your Bible refers to work and labor almost 800 times. It is clear that God highly rewards hard work.

Hard work often leads to wealth: “He becometh poor that dealeth with a slack hand: but the hand of the diligent maketh rich” (Proverbs 10:4).

Even if you don’t become wealthy from hard work, you will still benefit. Proverbs 14:23 states: “In all labour there is profit: but the talk of the lips tendeth only to penury.” Don’t just talk a big game; take action to make your lofty plans into reality. You will be blessed accordingly.

Clearly, one blessing for hard work is a measure of physical prosperity. However, riches aren’t the end goal: “Labour not to be rich: cease from thine own wisdom. Wilt thou set thine eyes upon that which is not? For riches certainly make themselves wings; they fly away as an eagle toward heaven” (23:4-5).

Riches can be fleeting. They can fly away due to forces beyond your control. You could be victims of circumstance, such as an economic crash that eliminates your life savings. If wealth is your primary goal, how depressing would such a disaster be? Plenty of people never come back from such devastating setbacks. There needs to be a higher motivation for working hard.

This is so true that God repeats it a chapter later: “Wherefore I perceive that there is nothing better, than that a man should rejoice in his own works; for that is his portion …” (3:22). The feeling of satisfaction that comes from working hard trumps all the money in the world.

Both physical labor and mental labor produce pleasant sensations. Toiling in the elements all day leads to a feeling of comforting tiredness and an increased appreciation for the upcoming night of rest. Toiling to focus on something worthwhile and eliminating distractions to complete a big project causes a delightful sort of mental fatigue, which also makes a good night of sleep all the more satisfying. These feelings cause us to desire to regroup and to work hard all over again the next day.

Anyone, whether called by God or not, can experience these physical, tangible blessings of hard work.

By contrast, when you do not work and indulge instead in procrastination and idleness, your responsibilities are left incomplete, you are forced to try to make up for lost time, you feel stress, and you feel unfulfilled.

Through the Apostle Paul, God strongly condemns those who try to avoid work. He writes in 2 Thessalonians 3:10-12, 14: “For even when we were with you, this we commanded you, that if any would not work, neither should he eat. For we hear that there are some which walk among you disorderly, working not at all, but are busybodies. Now them that are such we command and exhort by our Lord Jesus Christ, that with quietness they work, and eat their own bread. … And if any man obey not our word by this epistle, note that man, and have no company with him, that he may be ashamed.”

This passage shows that laziness can be a reason for someone to be blocked from attending services in God’s one true Church until they repent!

Some of my friends are employers who frequently deal with people who are interviewing for a job only so they can meet their interview quota so that they can continue to receive welfare checks for not having a job. These fraudsters are getting paid by the government to be useless to society. Those checks enable them to sit around all day, engaging in worthless chatter and accomplishing absolutely nothing.

To the world, this behavior is acceptable and, indirectly, encouraged. To God, it hazards starvation: He says if we don’t work, we shouldn’t eat!

The ultimate motivation for working hard is not just the inherent satisfaction that comes from it. We should be motivated to work because we want to obey God and become like Him. Work is so important, He included it in the Fourth Commandment: “Six days shalt thou labour, and do all thy work:” (Exodus 20:9). We often remember this Commandment for what we should do on the Sabbath itself. But working hard the other six days of the week allows us to appreciate the Sabbath rest so much more. It’s an essential part of keeping the Sabbath day holy! (verse 8).

“And that ye study to be quiet, and to do your own business, and to work with your own hands, as we commanded you; That ye may walk honestly toward them that are without, and that ye may have lack of nothing” (1 Thessalonians 4:11-12). Again, God commands hard work. How many of our problems would be solved if we just put our heads down and worked hard? Our relationships improve when we aren’t nosy or jealous. Working hard enables God to build His character in us. If we labor, God provides our needs and many of our desires.

The best workers are God the Father and Jesus Christ. In John 5:17, Jesus Christ said, “My Father worketh hitherto, and I work.”

Work hard in this life, trying to become like your Father, as Jesus Christ did. Then you will have the character in the next life to help God teach all mankind the countless blessings of hard work.