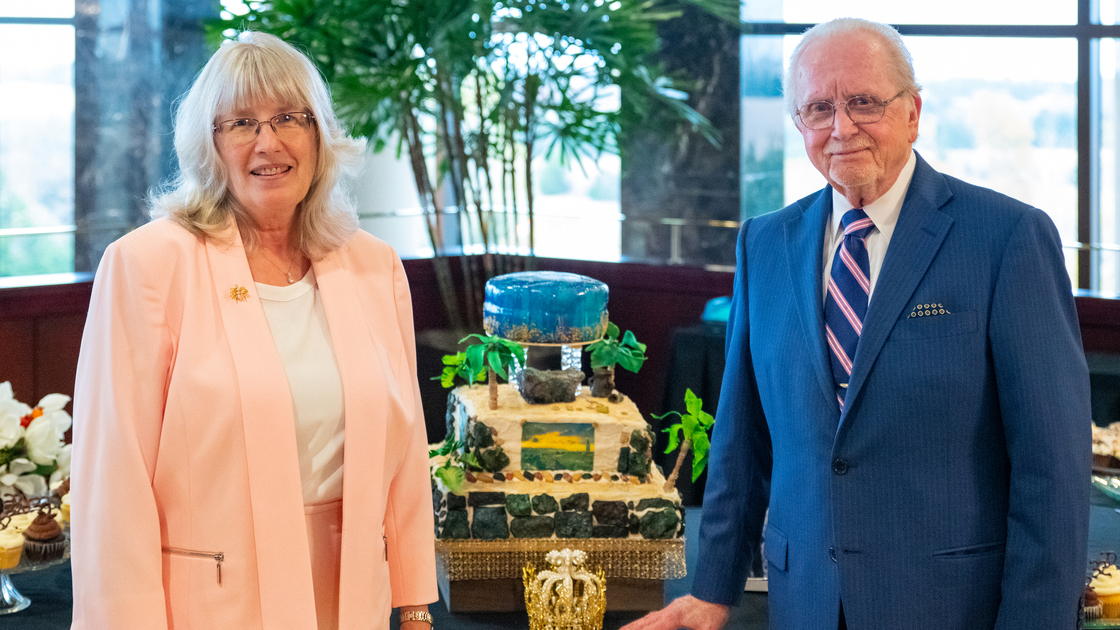 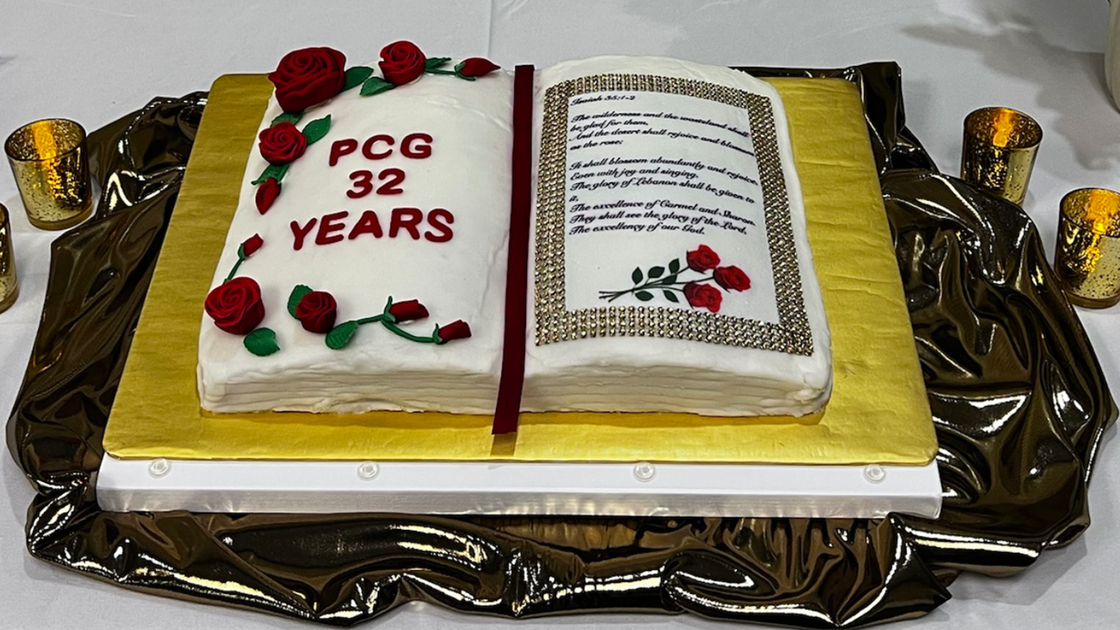 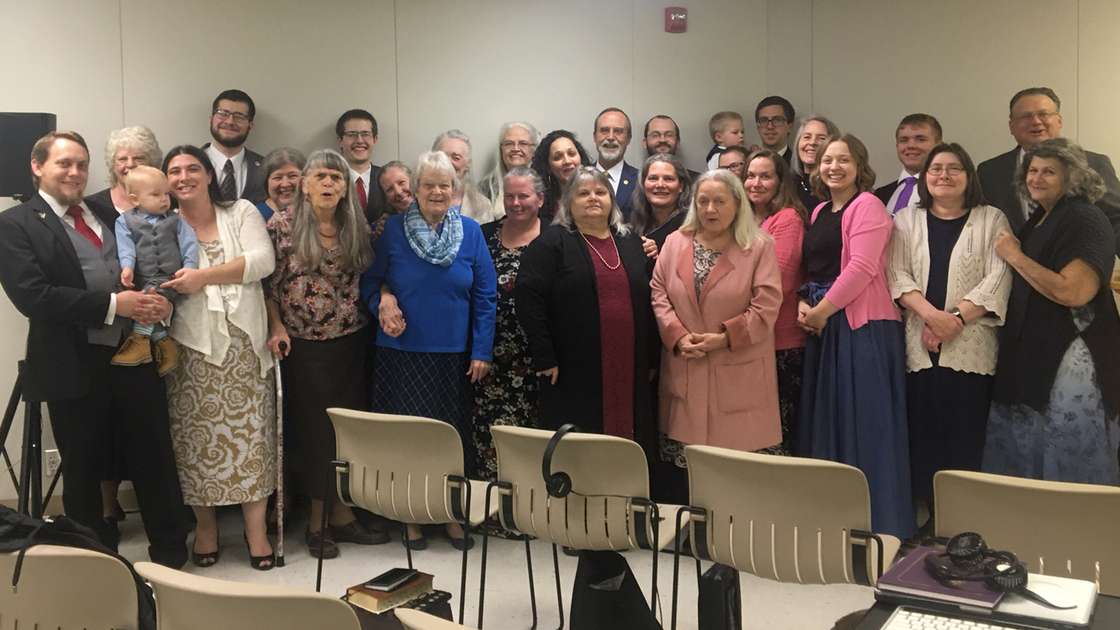 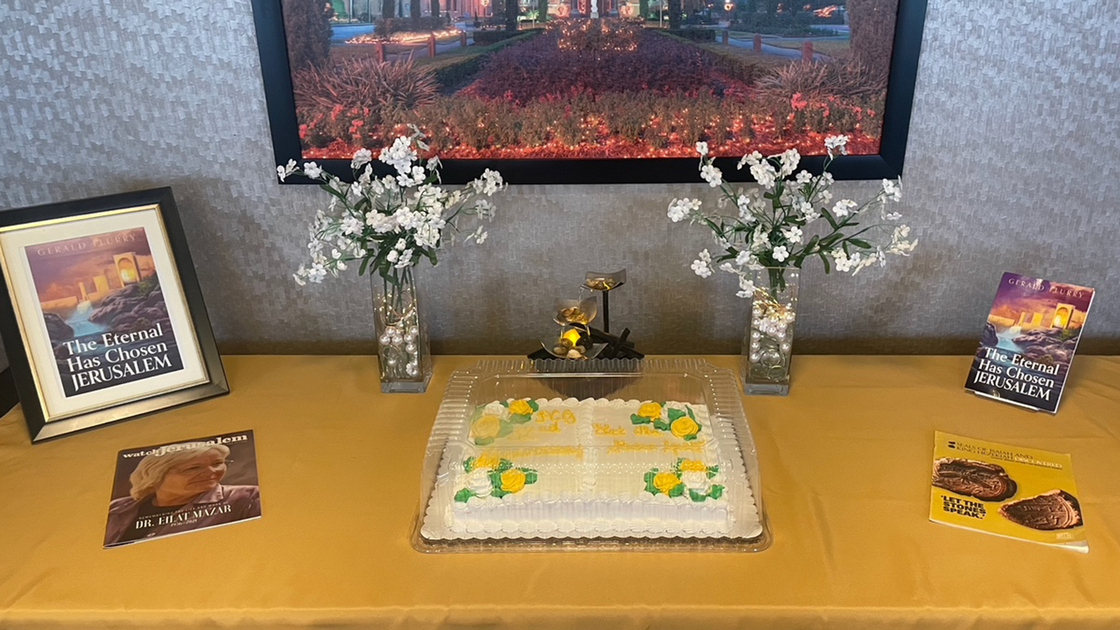 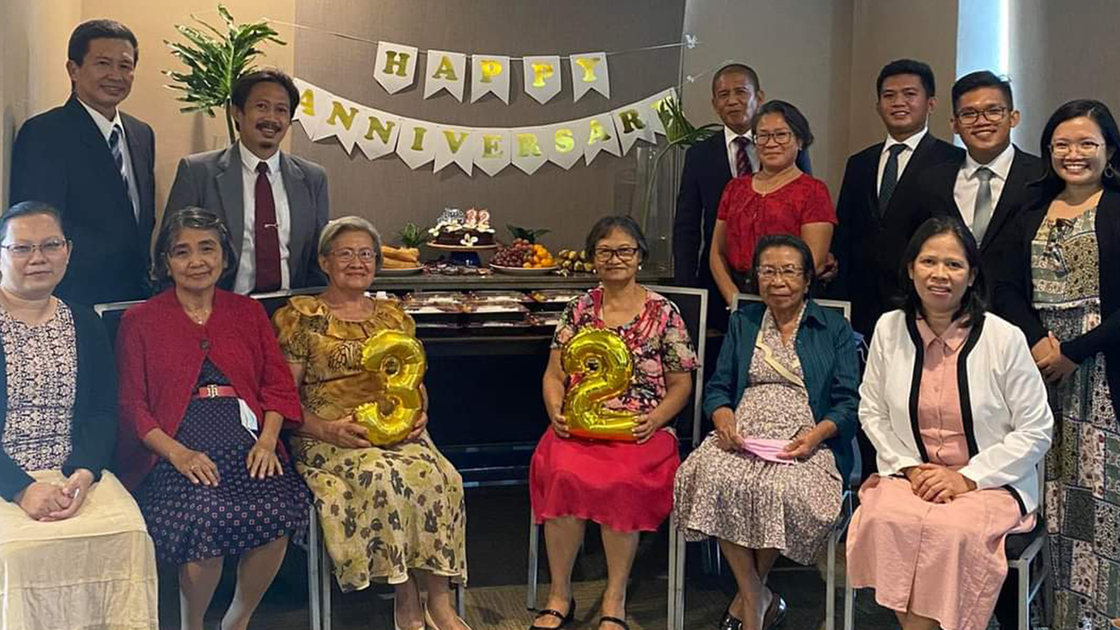 EDMOND—On the Sabbath of December 4, thousands of Philadelphia Church of God members around the globe marked the December 7 anniversary of the founding of the Church.

In Edmond, Evangelist Stephen Flurry gave a sermonette reviewing the history and accomplishments of the “32-year miracle” of the Church. His father, Pastor General Gerald Flurry, delivered a sermon about Bible prophecy and the radical political movement to revolutionize the government of the United States.

After services, hundreds of members and youth celebrated with cake in the lobby balcony. The main cake was baked by local member Sharon Rouzer and decorated with a Jerusalem theme of “let the stones speak,” including palms, pottery, bulla, a prayer rock, and other artifacts from rice treats, cookies and graham crackers on the lower layer, and an upper layer with a mirror glaze and edible glitter representing the universe.

“This day serves as a reminder to all of us that we are to be persistent in this spiritual war,” Ohio prospective member Adam Williams said, “and to never give up believing in God’s Word, like Mr. Armstrong and Mr. Flurry.”

December 7 marks the date that Mr. Flurry and his assistant, Preaching Elder John Amos, were fired from the Worldwide Church of God for remaining loyal to the teachings of Herbert W. Armstrong and Mr. Flurry’s manuscript that would become Malachi’s Message. The Church has since raised up the ruins with 32 years of a Bible prophecy magazine; 29 years of youth camp, 28 years of a Bible prophecy radio/television program; 20 years of college; 18 years of holding copyrights to
19 books and booklets by Mr. Armstrong, including Mystery of the Ages; and
13 years of a K-12 schooling; as well as regional offices, personal appearance campaigns, a corporate airplane and other milestones.