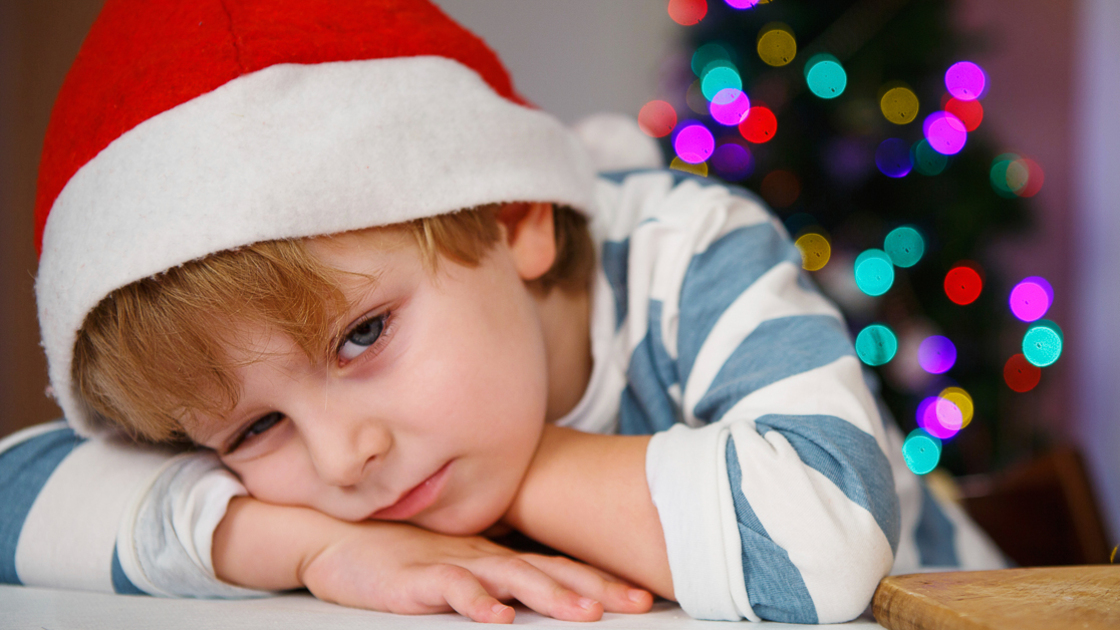 Merry Christmas! People give this greeting to family, friends and strangers many times a day in countries throughout the world during the month of December. This expression of goodwill reveals a fundamental desire common to all human beings—we just want to be happy.

Few stop to ask, “Does celebrating Christmas truly make me merry?” I was forced to ask myself this question over 47 years ago.

In December 1974, I was a newly-married, full-time graduate student. Even though my wife and I both worked full-time jobs, we struggled financially. Our schedules kept us apart. I had become increasingly stressed from the pressures of school and work. As the Christmas season drew near we wanted to duplicate what we had enjoyed growing up: the decorations, the festive foods, the jolly get-togethers and, of course, the presents! Then reality hit—we had no money. We didn’t even have a credit card!

How could we possibly keep Christmas? we wondered. We managed to squeak out a few dollars for simple decorations. We made gifts for two sets of relatives. We looked forward to an uplifting church service. All the activity kept us so busy we forgot our problems. We began to look forward to our first Christmas as a married couple.

We went to church on Christmas Eve, but I was not inspired. The service seemed trite compared to the gravity of the world problems extant at that time. While exchanging gifts with relatives, it was clear to see that some did not accept well the simple, obviously inexpensive gifts we felt truly expressed our love for them. A few turned up their noses at the fruitcakes my wife had baked. Others did not care for the artwork I created.

I returned to our apartment on Christmas night perplexed. I could not sleep.

Wrapped in darkness I sat and stared at blinking twinkling lights. I was not merry. Something was wrong. Christmas was supposed to make me happy. I did my part by dedicating myself to all the preparations. In return I got bupkis! It seemed like all my problems had grown worse. I asked myself, Why?

Christmas Is Not in the Bible

Not long after that horrible first Christmas together, I started reading the Bible. This was an unusual move for a Roman Catholic. I found the Bible to be fascinating. Reading it did not make me crazy. I found answers to many questions I mused about for years. I soon began studying the Bible more than my university classes.

I learned that neither the word Christmas nor a command to celebrate it were in the Bible. Jesus Christ and His disciples did not keep Christmas. I could not find any scriptures to show that the apostles—trained personally by Christ—established this custom for the Church of God. So, how did all the Christmas bugaboo get started?

I went to secular sources to find the answer. I was sickened to learn that many modern Christmas customs are borrowed from pagan sun-worship festivals held during the winter solstice in the Northern Hemisphere. I discovered that the Christmas customs I loved had nothing to do with Christ; they came from Mithraism and the Roman Saturnalia.

I learned that in December ancient peoples across the globe—centuries before Christ—worshiped the birth of the sun god, decorated the inside of their houses with greenery and candles, decorated palm and pine trees as symbols of gods and eternal life, gave gifts to each other, sang songs, wished their friends and family goodwill, held debauched eating and drinking parties and even called their celebration “the festival of lights.”

Sound familiar to you? It did to me. I was also shocked to discover that the church I had grown up in didn’t establish the Christmas holiday as part of its religious calendar until the fourth century. The Catholic Encyclopedia was clear: “Christmas was not among the earliest festivals of the church.” I was both devastated and excited to learn this truth.

I set out to tell what I had learned to some of my closest friends. I was shocked again. All of them responded, “So what’s wrong with a little paganism?” Let me answer that question.

Imitating pagan customs and calling it Christian does not impress God—it disgusts Him. God warned Israel, the people that solemnly promised to worship Him, not to treat Him as a pagan did their god: “[D]o not inquire about their gods, saying, ‘How did these nations serve their gods?—that I also may do the same.’ You shall not worship the Lord your God in that way, for every abominable thing that the Lord hates they have done for their gods …” (Deuteronomy 12:30-31; English Standard Version). God is not against home decorating, feasting, socializing, singing or gift giving. However, He is against anybody doing these things like the pagan peoples did in the past or present. To do so is rank rebellion against Him.

King David, a man who truly loved God, said, “Their sorrows shall be multiplied that hasten after another god” (Psalm 16:4). He makes a similar statement in Psalm 32:10. What very wise instruction. God tells us exactly how He wants to be worshiped in the Bible. Keeping Christmas isn’t on the list.

Jesus Christ told the Samaritan woman, “God is a Spirit: and they that worship him must worship him in spirit and in truth” (John 4:24). To say that Christmas customs were established to honor God is a lie. They were established to honor the sun god. Keeping Christmas is a violation of the first and most important commandment. Christmas trees and nativity scenes are a violation of the Second Commandment against idolatry. Winter solstice festivities may offer some temporary pleasure, yet in the end these idolatrous customs multiply sorrows in people’s lives. King David hated idolatry with intense passion. If we truly desire to serve God, so should we.

Although most consider Christmas a time for celebration, the season has negative aspects that can cause sorrow for years to come. Many accrue huge debts through the overuse of credit cards. Some people will still be paying the debt they borrow this Christmas for the next 10 years. In the mad rush of the season, most don’t realize what a deep financial disaster they have created for themselves until the credit card bills arrive in January.

People also wreck their health with merriment. Overindulgence of food and alcohol has led to serious health problems during the Christmas season. Hospitals report a dramatic increase of heart attacks on Christmas day.

Because of the increased family stress and arguments over the Christmas season, January is the busiest month for divorce lawyers.