Your Point of View
A photography lesson from Mr. Armstrong
By Roger Brandon • Dec. 21, 2021 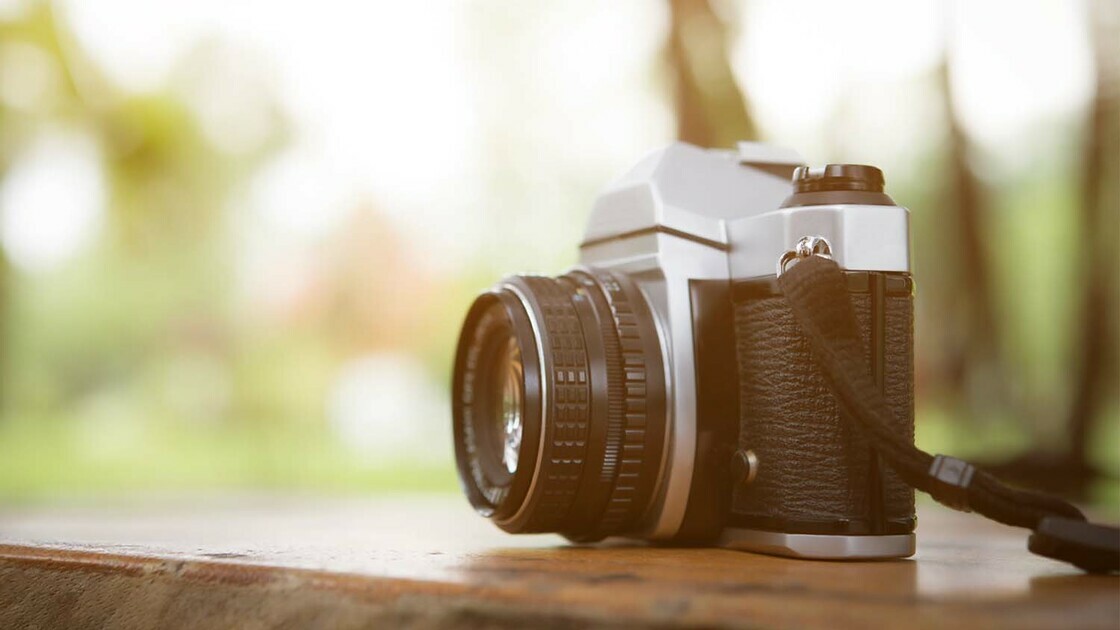 If I were to put a camera in the right corner of a lectern in a classroom, the lens would see only half the room. If I put the camera on the left corner of the lectern, then the lens would only see that half of the room. Even if I put the camera right in the middle, the camera might not see the whole room without a special wide-angle lens—and if it did capture the whole room, you might be too small in the photo for us to make out who you are.

It is all about where you focus—the camera’s point of view.

This is the analogy that Herbert W. Armstrong used when he addressed the S.E.P. campers in Orr, Minnesota in the summer of 1979. In that message, he specifically talked about how the world’s education had rubbed off on one of the Plain Truth writers. This writer had earned a degree from a worldly university—not Ambassador College—so as Mr. Armstrong said, his point of view was off.

In that article, Mr. Armstrong said the author made a fundamental error, so Mr. Armstrong canceled the article and wrote the author to tell him why: “But this writer—I don’t (know) what’s going to happen. Maybe he’ll resign his job, since I killed the article. I don’t know and frankly I don’t care, because were not going to have too many at Ambassador College that got their teaching and their training (from the world)—they get a wrong slant.”

On the surface, that response might seem harsh, but would God have someone teaching others who has the wrong slant—the wrong perspective?

How about us? Have we ever been corrected because we have had the wrong slant—a wrong focus or a wrong perspective in our thinking?

That wrong slant comes right out of the mind of Satan, and that is what is taught in Satan’s education system of universities and colleges around the world today. Remember Mr. Armstrong was talking to a group of teenagers at S.E.P. Why tell them about a man possibly quitting his job after being corrected? Partly because he used this analogy to explain to the teens how he corrected this man in love, and partly because he showed how God always corrects in love—never out of revenge. Let’s learn a vital lesson about your point of view from Mr. Armstrong’s photography analogy.

In our Christian life, we have to ask ourselves: What is our point of view—where is our camera lens focused? Do you think Satan wants us to have the right the right point of view? Satan has his point of view too, and that is where he wants us to focus our camera. He is the god of this world who blinds the minds of those who believe not (2 Corinthians 4:4). He blurs the focus, making things unclear and fuzzy.

Ephesians 6:12 tells us: “For we wrestle not against flesh and blood, but against principalities, against powers, against the rulers of the darkness of this world, against spiritual wickedness in high places.” If you want to be on fire for your royal future, you must never underestimate the power of Satan. He wants to snuff out our light. That is something we can never take lightly. Satan wants us to have his point of view—his slant.

As Christians, we are in a daily spiritual battle against the “god of this world,” Satan the devil. The prince of the power of the air (Ephesians 2:2) wants us to focus only on the hopelessness of this life. He wants us to get us into a negative frame of mind, feeling depressed and ineffectual in our endeavors. He knows that if he can distract us from our overall goal—seeking first the Kingdom of God and His righteousness (Matthew 6:33)—he has a good chance to destroy us!

Let’s look quickly at a few verses in Job 29 that illustrate a man who had the wrong point of view. He was so blinded by the god of this world that no one could get through to him. Why? His camera was pointed in the wrong direction. Had Job not changed his point of view, it would have cost him his eternal life.

In these 25 verses, Job declares his own righteousness, using “I,” “me,” or “my” 45 times: “When I went out to the gate through the city, when I prepared my seat in the street! The young men saw me, and hid themselves: and the aged arose, and stood up. The princes refrained talking, and laid their hand on their mouth. The nobles held their peace, and their tongue cleaved to the roof of their mouth. When the ear heard me, then it blessed me; and when the eye saw me, it gave witness to me” (Job 29:7-11).

In his book How To Be An Overcomer, Mr. Gerald Flurry writes this about Job: “People stood in awe of Job. The highest people in society believed and said that Job was truly a righteous man. This made Job’s self-righteousness worse.”

Job’s perspective was wrong. That is a deadly mistake for any of us to make.

“I put on righteousness, and it clothed me: my judgment was as a robe and a diadem. I was eyes to the blind, and feet was I to the lame. I was a father to the poor: and the cause which I knew not I searched out” (Job 29:14-16).

With the wrong point of view, our judgement will be off. We can’t have right judgement if our focus is off. Everything will be tainted.

The article that man wrote was off. It was tainted with a worldly perspective—a worldly focus—and Mr. Armstrong lovingly corrected him.

God sets us the example of loving correction to give us His perspective—His point of view. You can read later in chapter 38 where God corrects Job’s perspective: “Where wast thou when I laid the foundations of the earth? declare, if thou hast understanding” (Job 38:4).

Job was a successful builder, but Job was only manipulating the physical matter that God made. God had to humble Job through some pretty horrific physical trials to get him to see his perspective was off. His was focused on himself, not on God. During summer camp, we have the finals for the Teen Talent Contest, and part of that competition is in photography.

On average, the Teen Talent Contest receives between 60 and 70 individual photography entries, as each contestant can enter up to three images for judging. The most successful photos will have the right point of view—the right perspective. That is exactly what God wants from each one of us.

Think about this next quote from Mr. Armstrong—both physically and spiritually: “I don’t know if we have a professional photographer here today or not. I’m sure we have some amateur photographers, but the most necessary thing a professional photographer needs to know is not how to operate his camera. He can learn that pretty quick. It doesn’t take very many hours to learn how to operate even a complicated camera. The most necessary thing takes a lot longer to learn and that is where to set the camera! Where to set the camera!”

What does the lens of the camera see? What is the point of view?

At the beginning of this message, Mr. Armstrong, after arranging the camera as I described in the start of this article, went on to say: “… the camera is set at a point of view. And you need to have the right approach and the right point of view. Now very few people have that—they don’t get their camera set in the right place. The man who wrote this article had his camera set on the idea that kids have their rights against their parents. And there’s this going on between children and their parents all the time. God’s teaching is that parents love their children and one of the Ten Commandments is ‘thou shalt honor thy father and thy mother’ (Exodus 20:12).”

What is God’s perspective? It is made plain in His law. Mr. Armstrong was teaching these teens about how to attain the wonderful future God has prepared for them.

The Moffat version of Colossians 3:1-3 reads: “Since then you have been raised with Christ, aim [focus your camera] at what is above, where Christ is, seated at the right hand of God; mind what is above, not what is on earth, for you died, and your life is hidden with Christ in God.” When we are living God’s way, when we are thinking like God, when we have our camera in the right place with the right point of view, focused into the northern heavens, then we will have a vision of the most fantastic future that no one can ever take away from us.

Can you expand your vision—expand your field of view to take in all God is offering you? Can you learn from Mr. Armstrong’s photography analogy? Will you let God direct your life and set you on fire for your royal future?

What is your point of view? Is it yours—or is it God’s?