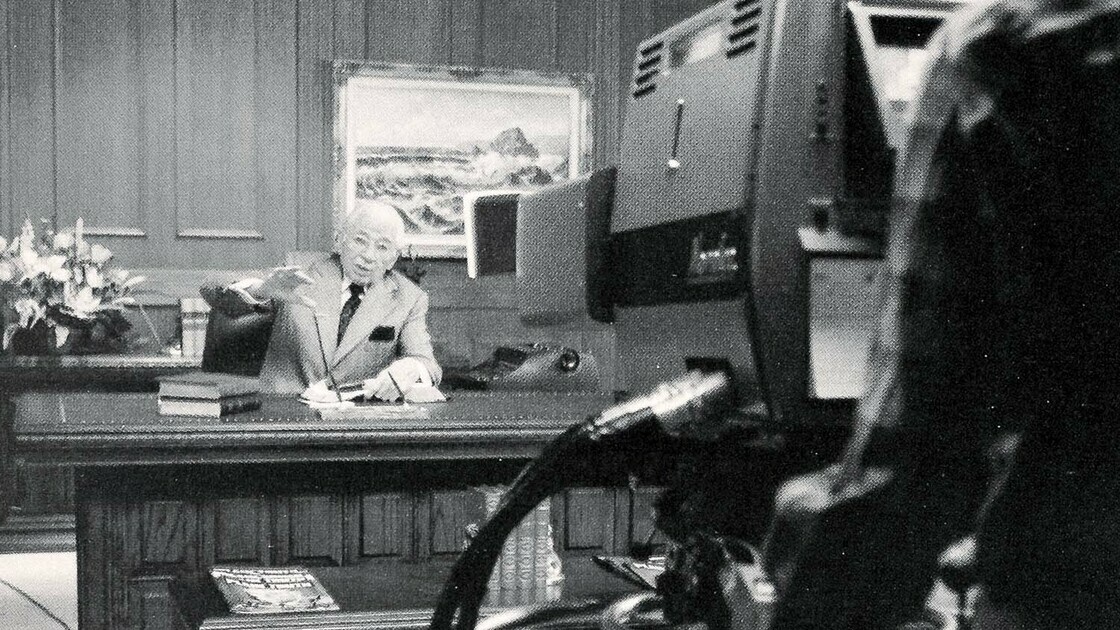 The one predominant issue for God’s people in the end time revolves around a modern-day Elijah. He restored all things (Matthew 17:10-11). If we know God, the Bible and where God’s Church is, then it is easy to find this Elijah.

He was prophesied to appear just before Christ’s Second Coming. God would use him to build the physical and spiritual family (Malachi 4:5-6). He would appear before the “great and dreadful day of the Lord.” God’s true saints should be able to easily discern such a major leader for God in this short end-time period.

Failure to recognize this powerful man of God condemns a person’s religion. This Elijah would do a great Work for God, and God’s people would help him get the Work accomplished.

Have you seen this man of God? Have you recognized this Work of God? Nothing is more important to your physical and spiritual salvation!

The book of Zechariah gives important understanding about this man of God.

“The hands of Zerubbabel have laid the foundation of this house; his hands shall also finish it …” (Zechariah 4:9). This verse is clearly talking about a “hands-on” operation.

It twice mentions hands, designating a starting and finishing of a project. The Anchor Bible says “hands” is literal and expresses participation in temple building. That is, it was built through a human being with “hands,” not built “without hands”—as Christ does it without the use of a human instrument.

Herbert W. Armstrong started and finished an era that “restored all things.” He started it and finished it before he died, with the power of God’s Holy Spirit (Zechariah 4:6). His hands laid the foundation, and his hands finished the house—the Philadelphia era.

Mr. Armstrong wrote a letter to the Church on March 19, 1981. Here is an excerpt from that letter (emphasis his):

Remember, God does things in dual stages. As Zerubbabel built the first temple of material stone, wood and other materials, he was a forerunner or type of one through whom Christ would raise up or build the spiritual temple—His Church of our time, prior to the Day of the Lord and Christ’s Second Coming. As John the Baptist prepared the way in the physical wilderness of the Jordan River for the first coming of the human Jesus (both man and God), then coming to His material temple, and to His physical people Judah, announcing the Kingdom of God to be set up more than 1,900 years later, so God would use a human messenger in the spiritual wilderness of 20th-century religious confusion, to be a voice crying out the gospel of the Kingdom of God, about the spiritual Christ, coming in supreme power and glory to His spiritual temple, to actually establish that spiritual Kingdom of God.

Brethren, has that been done by this Church?

Did God raise up a one-man leadership to be used by Him in building this spiritual temple and in proclaiming after 1,900 years the true gospel of the Kingdom of God in all the world—to even go to kings and heads of nations (Revelation 10:11)—in bringing the Church back to the faith once delivered? (Jude 3).

Has this happened in your days, and has God brought you into this prophetic fulfillment as a part of it?

Has anyone else done it?”

Did Mr. Armstrong think one man would and did fulfill this prophecy? Absolutely! He speaks of “one,” “a human messenger,” “a voice,” “a one-man leadership”—and then ends by asking, “Has anyone else done it?”

For much more on this man and where God’s Work continues today, read my free book Malachi’s Message.