What Tradition Built
What it means to be part of something greater than yourself
By Mark Jenkins • Nov. 23, 2021 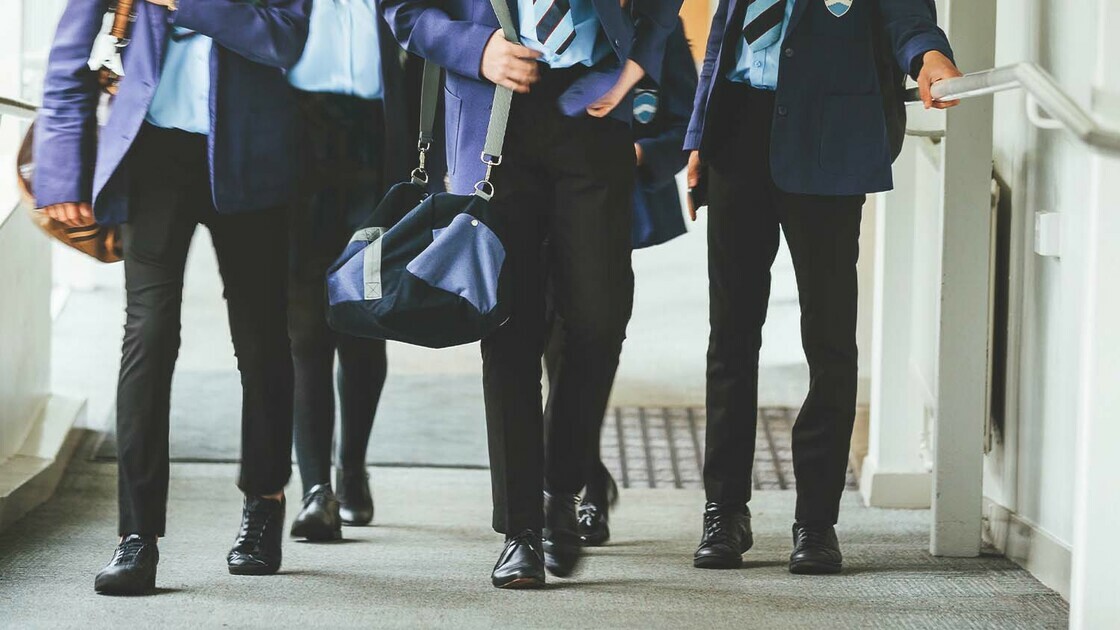 When I was 12 years old, my parents decided I would go to a new school, and I visited two. Both were private schools. One was right by my apartment in inner-city St. Louis. The other would be a half-hour drive to a more rural area. One was founded in 1974 and had a single large building with all of its classrooms; they called their principal Jason. One was founded in 1859 and had a campus with many architecturally significant buildings and counts George Herbert Walker, the grandfather of George Bush, as one of its founders. One brought lunch in from a different fast food restaurant every day. One had a cafeteria. At the first school, I saw students skateboarding down the hallway, which was considered acceptable. The other required a coat and tie and would never have allowed wheels on its marble floors. Finally, the second institution, the most tradition-oriented place I have ever visited in my life, was an all-boys school.

As a young person, the proper choice was obvious. In retrospect, it’s a good thing my parents made the choice instead of me. I was somewhat afraid to go someplace where tradition counted so much.

When I first went to St. Louis Country Day School, I was terrified, but over time, I learned that these things really do work. It really is better to follow the traditions surrounding etiquette. And it really is better to be in a meticulously landscaped environment where everything is done decently and in order, where the facilities and equipment are excellent, and where people behave with a sense of self-respect, honor and dignity.

When I applied to St. Louis Country Day school, there was no guarantee I would be admitted. In fact, I thought it was unlikely to work out. Tuition was around $6,500 in 1988 and approaching $10,000 a year by the time I graduated—over $30,000 today—so the school would have to not only admit me, but pay my tuition as well. I wasn’t exactly qualified to be there, but long story short, when I was admitted, this is the letter I received:

Saint Louis Country Day School is very pleased to invite you to become a member of our seventh grade beginning in September, 1988.

I want you to know that we will challenge you to your limit in every area of school life. Those who enroll at Country Day School are expected to establish an academic record consistent with their abilities and to make contributions worthy of themselves and of the School. Your mind, your body, and your spirit will be given the opportunity to achieve their true potential. In all things that you do, we expect you to do your best. I invite you to become a part of our rich tradition and hope that you will help us build our future. I look forward to seeing you in September. Congratulations!

The tone of that missive gives the right impression of the institution itself. As I walked into the main building for the first time, there was a giant school seal built into the marble floor. It was only a few steps in front of the door; it covered the entire center of the room—and no one was allowed to step on it. Its placement was clearly arranged so that students would have to go to some effort to avoid stepping on it. The school-sanctioned punishment for violating this dictate was being hurled bodily into the nearby pond.

I attended this school for seven years and never saw anyone step on the school seal. Oftentimes dozens of people would pour through that area at a near sprint on their way to class, all of them dutifully curving around the seal on the floor. It was a question of respect—a question of authority. One major benefit of tradition is that it builds respect for the institutions and authority figures around you.

This message about respect for the institution was sent clearly before I ever attended the school. I had to work my way around that seal to get into the office to take my entrance exams.

Once I began attending the school, we wore a jacket and tie. I had always worn a tie to Church, but every tie I owned was a clip-on; I had never learned to tie a real tie, and clip-ons were forbidden at school. So I learned. This too was about respect for the institution we represented—an acknowledgment that we were part of something greater than ourselves.

If a student was not wearing their jacket as he walked down the hall, he could be assured that he wouldn’t make it far before hearing these four words: Put your coat on. While people sometimes tested that boundary, I certainly never saw anyone walk down the hall with their tie off. It would have been unthinkable.

I remember my first day of classes. It began with a school-wide forum—as every Monday did. There were about 500 students in one of the fine old buildings on campus, Danforth Chapel, and when the speaker stepped onto the stage, the entire audience stood—and you could have heard a pin drop.

Then I went to my English class, and I remember my surprise as the students stood up again when the teacher walked in the room. Out of respect for the office they held as teachers, we stood—and stood quietly. No one spoke or moved until permission was given. To do otherwise would have sent us to the principal’s office. By showing respect to that authority, we showed respect to the institution they represented.

In fact, over half of my graduating class is part of what they call the “Rams Loyalty Club.” In other words, they have donated money to the institution at least the last three years consecutively. We graduated 27 years ago, and most of my class still donates money freely every year to the next generation’s education at the institution where we were shaped and molded. In fact, they just completed a fundraising project for new construction and raised $95 million in 5 years. Every year, 150 or so students graduate, and today, the institution is able to raise nearly $20 million a year.

That outcome wasn’t accidental. The entire design of the institution is meant to encourage tradition, to foster a sense of honor and respect for what these young men and women are a part of—for what many people around the world still feel they belong to. They want to perpetuate something that worked in their lives.

Standing when an instructor enters the room, adhering to a dress code that shows respect for yourself and your environment, starting our daily run at the flagpole in front of campus, even sharing donuts with our specially assigned advisory group of eight young men on Thursday mornings—all of these things created a sense of community; a shared heritage. We have many of those things to one degree or another here at Imperial Academy and Herbert W. Armstrong College. I submit to you that we can embrace tradition in our institutions and in our families even more than we do. We must learn to show an even greater respect for the institutions and offices God has put in place.

Remember the instruction God gave Moses at the burning bush: “And when the Lord saw that he turned aside to see, God called unto him out of the midst of the bush, and said, Moses, Moses. And he said, Here am I. And he said, Draw not nigh hither: put off thy shoes from off thy feet, for the place whereon thou standest is holy ground” (Exodus 3:4-5).

In Which Day Is the Christian Sabbath?, Herbert W. Armstrong wrote: “Now suppose Moses had been like most people today. He probably would have argued: ‘Well, Lord, I don’t see where it makes any difference where I take off my shoes. I don’t want to take them off here, on this ground. I’ll wait and take my shoes off a mile down the way.’

“Had Moses rebelled and said that, he would have never been used to lead God’s people out of Egyptian slavery.

“And why? Well, what made that particular bit of ground holy? God’s very presence was in that ground! God is holy! God’s presence in that bush made the ground around it holy!

“The ground a mile away was not holy. Why did it make any difference whether Moses took off his shoes—or where? Here is why! The ground where he then stood was holy. He was required, by God, to treat holy ground with a respect he did not treat other ground.”

Moses was called the meekest man on Earth. God knew Moses would respect the things He put in place.

I loved St. Louis Country Day School. Because of its traditions, I understood thoroughly that I was part of something special, that I had an obligation to bring honor to that institution and its legacy.

At the same time, on the weekend, I would walk into a meeting room at the Ramada hotel just off the highway and walk into a greater institution—the place where God had placed His name. God has placed His presence in our Church, even in the Sabbath day itself. We certainly don’t want to trample on God’s seal.

When you go to Church, everyone—ministry and teenagers alike—adheres to the dress standards. At Armstrong Auditorium, the ministers do not set things on the wood or carry a cup of coffee into the theater or use crayons on the chairs. They follow the rules in Armstrong Auditorium just like everyone else, because this is the Church of the Almighty God, and this is His House. To do less would not show respect for the institution that God Himself put in place.

He establishes the traditions that build respect in our lives. He gives us congregations, and s.e.p. and Imperial Academy and other blessings—even our families. In return, He expects us to respond with the same sort of humility and respect Moses did.

That is how it must be in all of our lives, showing profound respect for something greater than ourselves: the institutions and offices of our amazing Father in heaven—institutions He has allowed us to join.