The Real Secret to Being Happy
Shh… This can transform your life!
By Fred Dattolo • Nov. 9, 2021 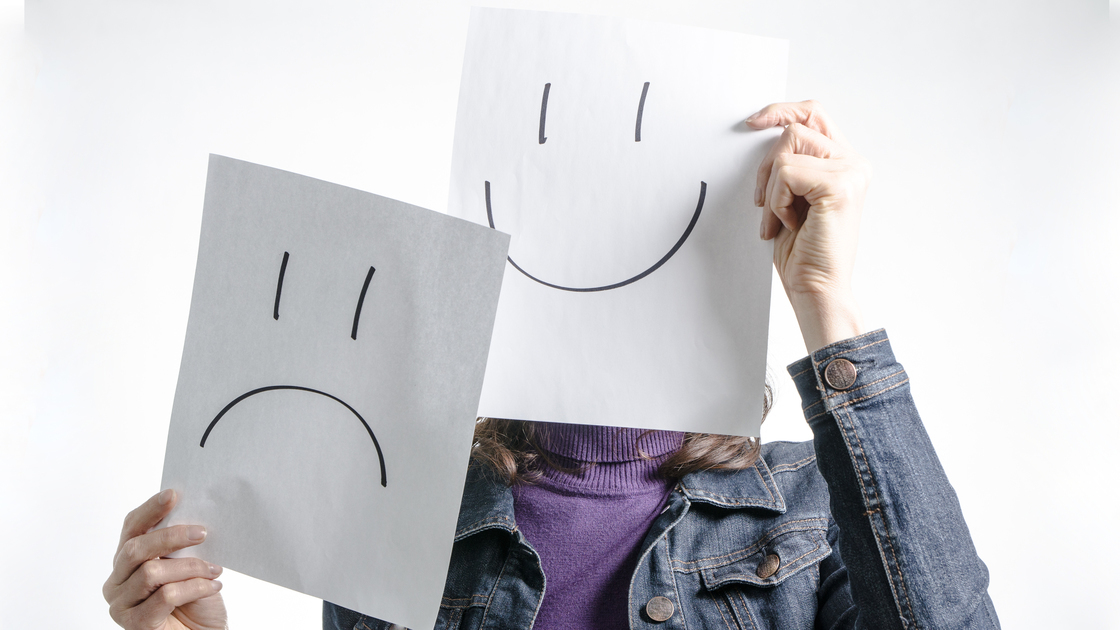 I want to share a secret with you. It is one of the real secrets to happiness! If you will apply it, it will transform your life!

Humans are created in God’s image. Physically, you look like God in form and shape. Mentally, you are endowed with a mind, enabled by the spirit in man. Spiritually, you can develop the very character of God, enabled by the Spirit of God.

But there’s another dimension—a fourth dimension to God’s image—that you need to be concerned about if you’re going to be truly happy.

Mr. Armstrong wrote about this fourth dimension in the Plain Truth magazine, August 1978:

“We humans start life as little babies. We have to grow up. But to fulfill life’s real purpose and mission, we must grow up not only physically, but mentally, spiritually, and emotionally. Did you ever stop to realize how many people think primarily only of attaining physical maturity? If it were not for compulsory public school education for children in our Western world, how many would take the initiative to develop their minds? …

“[W]hat about spiritual development? The average person … automatically accepts the established religion of his parents and his country. … How many give any real thought to why they believe the religious ideas they hold sacred? How many … ever give serious thought to spiritual growth? Yet no person attains true maturity unless he attains spiritual maturity, as well as physical growth.

“But fewer still ever give so much as a passing thought to the need for emotional development” (emphasis added throughout).

Emotional maturity is one of the real secrets to human happiness!

Mr. Armstrong explained what emotions really are in the Good News magazine of March 1985. “An emotion is a strong feeling—a disturbance—a departure from the normal calm state of rational thinking and acting—an impulse toward an action that has not been reasoned and approved by the mind. …

“And first cousin to emotions are our moods. An emotionally immature person is usually one who is moody and has never learned to control his moods.”

Emotion is not just a human attribute. God Himself experiences deep emotion. The Bible shows us that He feels joy, anger, jealousy, love, hatred, grief, sorrow and compassion. God does think and feel deeply about things.

And He gave us the power to feel these emotions, too. He gave us emotions so we could experience the depth of His thinking. The purpose of emotions is to provide a physical type or counterpart to the depth of God’s mind.

But God is in total control of His emotions. To actually learn to think like God thinks—with a more profound awareness and depth of thought that leads to God-like action—we have to learn to channel, or control, our emotions the way God does.

The crux of what it means to grow up emotionally—the essence of emotional maturity—is this: to delight in the same things God delights in, and to get upset over the same things that upset Him. And as a result, to take the appropriate, Godly action.

But too much of the time, we act solely according to emotional impulses, without thinking! God doesn’t do that, and neither should we. Look at Proverbs 25:28: “He that hath no rule over his own spirit is like a city that is broken down, and without walls.”

If you have no rule over your emotions, you will be easily conquered, just like a defenseless city.

Lack of emotional control can cause us to buckle under pressure, get stressed out and overwhelmed, or become moody and depressed. It can cause us to complain, whine, blame other people for our problems, be paralyzed with fear, or lead us into escapism—attempting to flee from reality through drugs, alcohol or other addictions. It can lead us to resenting other people, being angry with others or ourselves, and getting frustrated or negative. These are all signs that we haven’t grown up emotionally.

If we fail to control our emotions, we are not really in control of our lives.

You and I must learn to master feelings and emotions so that they serve us, as God intended—rather than us serving them. God does not intend for us to be enslaved by our emotions.

Notice Proverbs 16:32, in contrast to the other proverb we just read: “He that is slow to anger is better than the mighty; and he that ruleth his spirit than he that taketh a city.”

This all goes back to the beginning—Adam and Eve. Adam was not deceived. He made an emotional decision to please his wife. And Satan will exploit your emotions the same way if you don’t learn the secret to controlling them. Don’t throw away all of the wonderful knowledge you have on an emotional decision that will bring tragedy, heartache and suffering to your life.

So what is the secret to becoming emotionally mature? In the Good News of March 1985, Mr. Armstrong shared this knowledge:

“God endowed man, in His own image, with mind. Man must first learn and acquire knowledge. He is endowed, also, with capacity to reason from that knowledge—to think, to plan, to arrive at conclusions, to make decisions. God intended man’s mind to direct his actions. But man must learn to do this, and he can never achieve God’s purpose in placing him on this earth until he does.”

Mr. Armstrong isn’t saying that we shouldn’t express emotion. On the contrary, we should express proper emotion. What he is saying is that we are not animals. We do not just act out what we feel, according to some higher level of instinct that reacts to uncontrolled emotional impulse.

God made us in His image. Unlike animals, God gave us a mind in order to take control of our thoughts and actions according to what we have been taught. That is how we can build character.

Mr. Armstrong gave us the key—the secret—to emotional maturity: “Our emotions need to be understood, taught, trained and controlled by the mind!”

That is how we become emotionally mature. That is how we develop godly character. And that is one of the real secrets to human happiness.