Lessons From History: The Courage of an Island
An astounding act of courage against the Nazis
By Jessica Brandon • Nov. 11, 2021 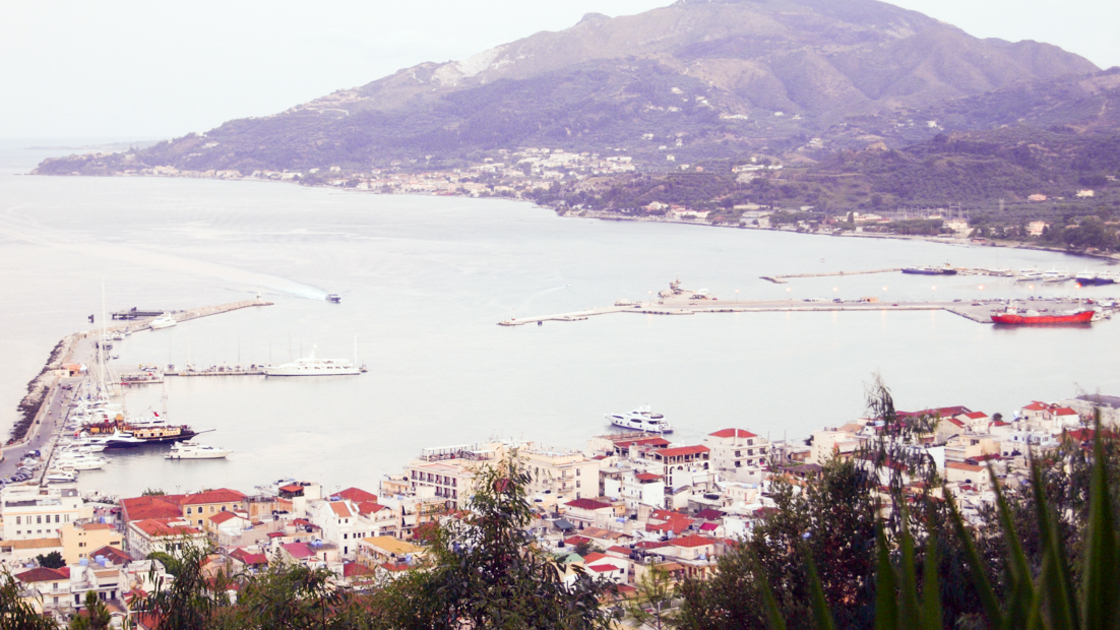 It was the spring of 1944. World War ii was still raging on, and the Nazis were rounding up as many Jews as they could. Nazi death ships were traveling the Greek coast, making stops on the ports of the Ionian Islands to round up the Jews in residence there and take them to Auschwitz. First, the SS squads took 2,000 Jews from Corfu and another 400 from Cephalonia. Then they turned to the next island in their path: the small, idyllic island of Zakynthos.

There were 275 Jews living on the island of Zakynthos—descendants of Jewish families who had been living peacefully with their Greek neighbors for centuries. But now these 275 lives were in jeopardy—in danger of having their names added to the list of casualties of the Holocaust. They were saved by the extraordinary courage of two men and the united efforts of the entire population of Zakynthos.

Two days before the Nazi ships arrived on this small Greek island, the commandant of the SS forces called Mayor Lucas Carrer and Bishop Chrysostomos from Zakynthos to his office. He delivered an ultimatum: They had 24 hours to give him a list of all the Jews on the island or face the wrath of Hitler’s SS guards.

What could they do but obey? All of the other islands had complied with the Nazis’ orders. They feared what the Nazis would do to them if they refused to give up the names of the Jews that lived on the island.

These two men held 275 lives in their hands—the lives of men, women and children. The decision was entirely up to them. And what would they have to lose if they simply went along with the command? They would lose their neighbors, but they would save themselves—and perhaps even gain the approval of the Nazis by complying.

What these two men chose to do instead was an astounding act of courage against the Nazis.

Carrer and Chrysostomos returned to the commandant’s office with an envelope within the designated 24 hours. When the commandant opened the envelope, he was stunned by what he saw. The paper inside listed only two names: the mayor’s and the bishop’s. The bishop told the Nazi commander, “Here are your Jews. If you choose to deport the Jews of Zakynthos, you must also take me, and I will share their fate.”

The Nazi commander was dumbfounded. These two men from a tiny Greek island dared to stand up against the voracious beast of the Third Reich. Unsure what his next move should be, he sent a message to Berlin informing them of the situation and requesting new orders.

Meanwhile, Carrer and Chrysostomos warned the Jews on Zakynthos of the Nazis’ intentions. The other inhabitants of the island conducted a massive operation to hide the 275 Jews in their villages, farms and in their own homes. The whole population was behind this. No matter what happened, they would protect the Jews of Zakynthos. They hid them in secret rooms and lofts. Many of the children in particular were hidden in plain sight—as part of their neighbors’ families. As long as there was no distinction made between the other children and the Jewish children, the Nazis had no idea which was which.

In the ensuing months until the Nazis left the island, not one inhabitant betrayed the Jews. No one told the Nazis where the Jews were hiding. Several months later, the Nazis left Zakynthos without taking a single Jew from the island to deport to the concentration camps. A mayor, a bishop and a group of neighborly townspeople had banded together and prevented 275 Jews from being swallowed up by the Nazi war machine.

The people of Zakynthos showed indomitable courage in the face of danger. But more than that, they showed impressive character. The citizens of all the other Greek islands had simply given up the names of the Jewish citizens from their area, buying into the Nazi idea that the Jews deserved to be eliminated. All over Europe, people were turning in their neighbors and friends to the Nazis simply because they were Jews. In most cases, cities and towns gave up their Jews without a fight—and sometimes even willingly. But the people of Zakynthos stood up against this tidal wave of evil. They made the right decision, uniting to save their neighbors.

This story brings to mind Christ’s statement in John 15:13: “Greater love hath no man than this, that a man lay down his life for his friends.” The people on this little Greek island stood up for their friends and neighbors. They didn’t have to make this decision. They could have gone along with the Nazi command and simply given up the names of the Jewish residents—effectively condemning them to death in one of the horrific Nazi concentration camps. But they did not. They showed that they loved their neighbors more than they loved themselves. They were not afraid to stand up against Hitler’s commands if it meant saving their fellow townspeople.

After the war ended, some of the Jews stayed on the island, and some of them moved to the newly formed nation of Israel. But no matter how far away they traveled, the Jews of Zakynthos never forgot the great sacrifice of their neighbors.

On Aug. 12, 1953, a huge 7.2 magnitude earthquake struck the region between the islands of Cephalonia and Zakynthos. This earthquake caused widespread damage throughout the Greek islands, but particularly on the island of Zakynthos.

The first boat to arrive with aid for the victims of the earthquake on the island was from Israel. It came with a message that read, “The Jews of Zakynthos have never forgotten their mayor or their beloved bishop and what they did for us.” By their actions, the citizens of Zakynthos gained the enduring gratitude of their Jewish friends and neighbors. Their actions stand out as a shining example from that dark time of war, an example that we can still learn from today.