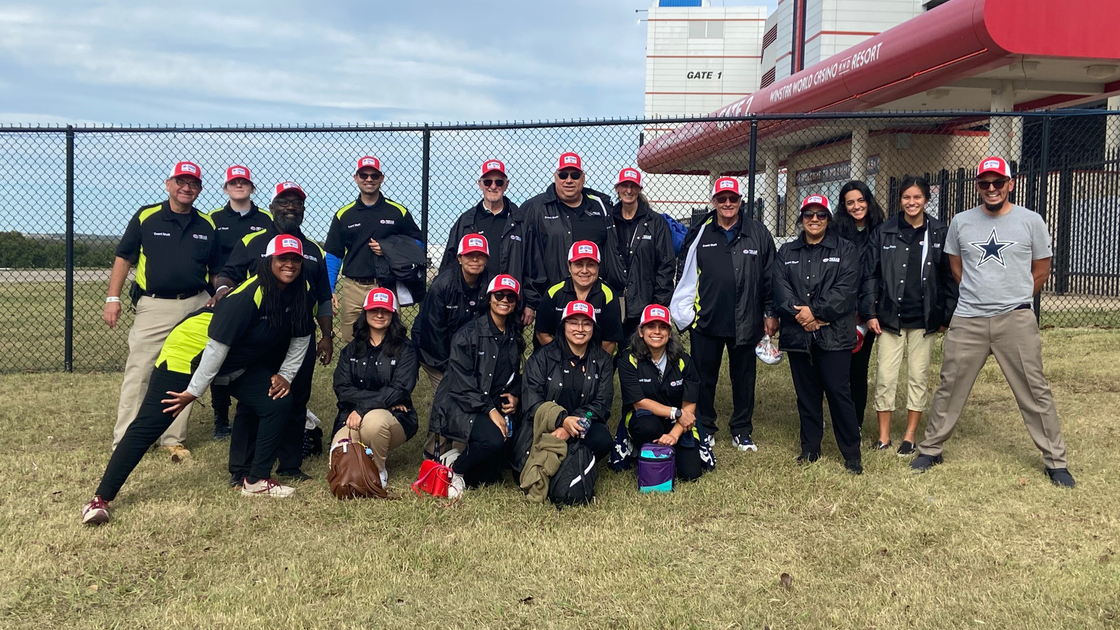 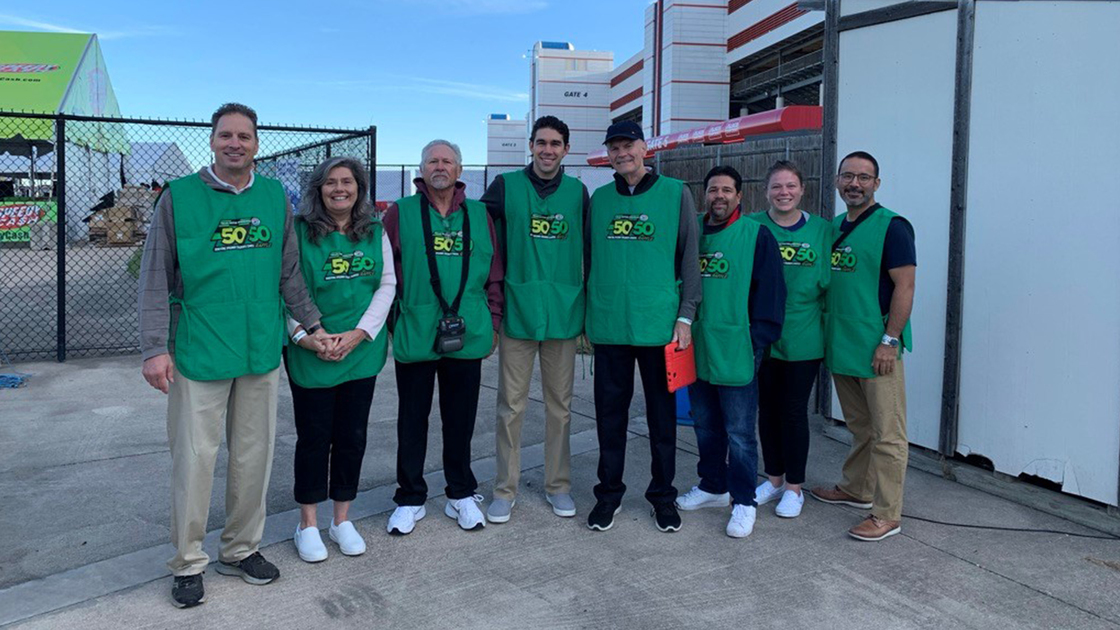 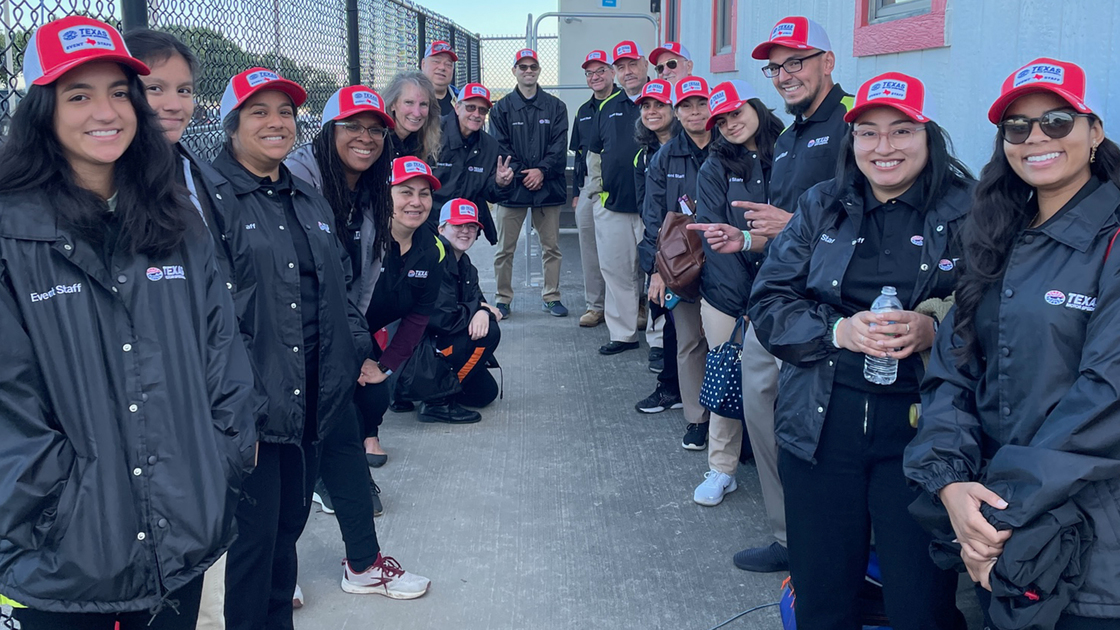 TEXAS—On the morning of October 17, congregations from Dallas and Paris, and members as far as San Antonio arrived at the Texas Motor Speedway. At 7:15 in the morning, the 28 members huddled around Local Elder Steven Privratsky to ask God’s blessing on the day.

After a quick briefing from speedway managers regarding job assignments and duties, the volunteers split into two groups. A group of 20, led by deacon Jeffery Miller and member Dave Rehberg, helped usher guests entering the grandstands. Another group of eight, led by Mr. Privratsky and deacon Kelly Havens, helped sell tickets at a children’s fundraiser.

The sunny day with cooler, more pleasant temperatures, brought a large attendance to the racing event, and fans appeared to be happy to be out of government lockdowns and participating in normal activities. The lines for the concession stands were very busy all day.

Volunteers said they received a number of compliments from the speedway managers during their nine-hour workday. This was welcome news, since the speedway management had been reluctant to sign up the Church due to its inability to work on Sabbaths. Contacts at the speedway said working with the PCG members was a pleasure, asked for more volunteers and sent a schedule in anticipation of returning to the races in 2022. The funds raised by the group over two Sunday races was more than $5,000.