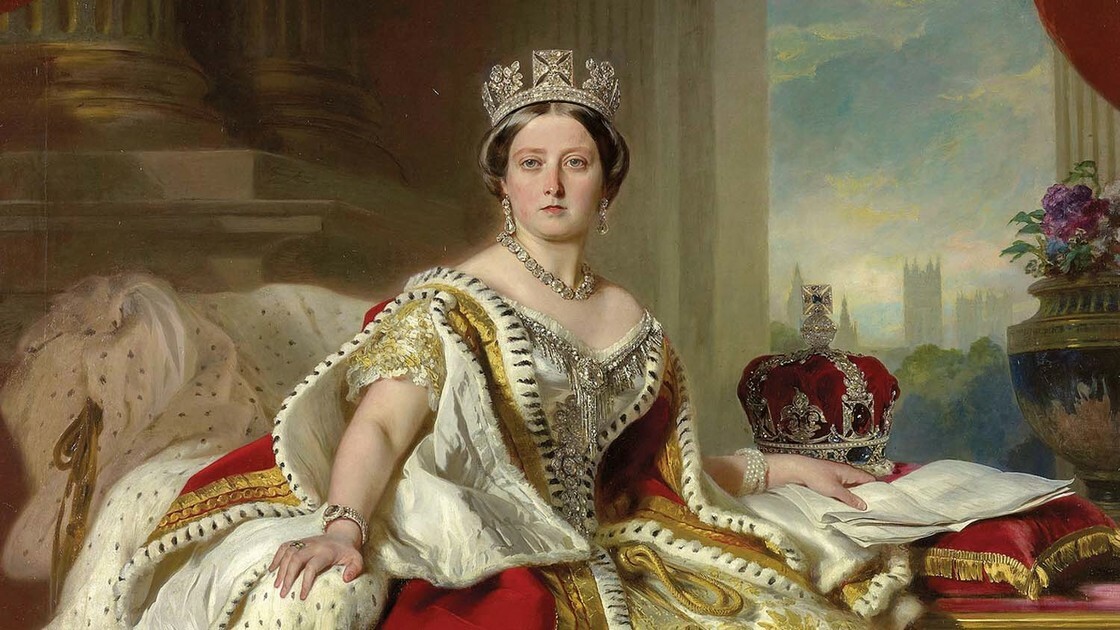 As a young soldier, Winston Churchill undoubtedly raised many glasses to the health of Her Majesty Queen Victoria. Churchill was born in the midst of Victoria’s long reign and, excluding World War I, spent his entire military career fighting in her name. Queen Victoria directly shaped Mr. Churchill’s perception of the monarchy and stoked his love for the empire.

The Queen came to power at a time when public perception of the crown was at a low point. “Humorous, tactless, pleasant and unrespected,” is how Churchill describes her predecessor William IV in A History of the English-Speaking Peoples, “he had played his part in lowering esteem for the monarchy, and indeed the vices and eccentricities of the sons of George III had by this time almost destroyed its hold upon the hearts of the people.” Queen Victoria rescued the crown from ignominy to a status of respect and admiration. Writing of her marriage to Prince Albert, Churchill wrote, “The dignity and repute of the monarchy stood in need of restoration, and this was Victoria and Albert’s achievement. … Together the Queen and the Prince set a new standard for the conduct of the monarchy which has ever since been honorably observed.”

During Victoria’s reign, the British Empire grew and expanded, and her people’s love for the crown followed suit. New Zealand was officially made British, Britain acquired majority control of the Suez Canal, and Victoria was the first monarch to take the title of Empress of India, to name just a few highlights of her reign.

It was during this fruitful period that Churchill formed his opinion of what an empire can and should be—a force for peace, order and stability—and in Victoria he saw an example of what an emperor or empress should be. “High devotion to her royal task, domestic virtues, evident sincerity of nature, a piercing and sometimes disconcerting truthfulness—all these qualities of the Queen had long impressed themselves upon the minds of her subjects,” wrote Churchill.

He wrote that during her reign, “a great change had gradually overtaken the monarchy. The sovereign had become the symbol of empire. At the Queen’s Jubilees in 1887 and 1897, India and the colonies had been vividly represented in the state celebrations. The crown was providing the link between the growing family of nations and races … christened the Commonwealth.”

Churchill was in Canada when Queen Victoria died. “So the Queen is dead,” he wrote to his mother. “The news reached us at Winnipeg, and this city far away among the snows—fourteen hundred miles away from any British town of importance—began to hang its head and hoist half-masted flags.”

“All reflecting men and women,” Churchill later wrote “could appreciate the advance of British power and the progress of the British peoples that had taken place during the age to which she gave her name.” Were it not for this devoted servant who shunned the excesses of her forebears and devoted herself to the empire and her people, Churchill may have never cultivated his deep love for empire that so inspires us today.

God is building an even greater Empire, and He is an infinitely greater Emperor than Queen Victoria. He too cares for every one of His citizens and is doing all He can to bring all under His loving rule. As Emperor, He gives us every reason to love His Empire, just as Victoria gave Churchill reason to love his.