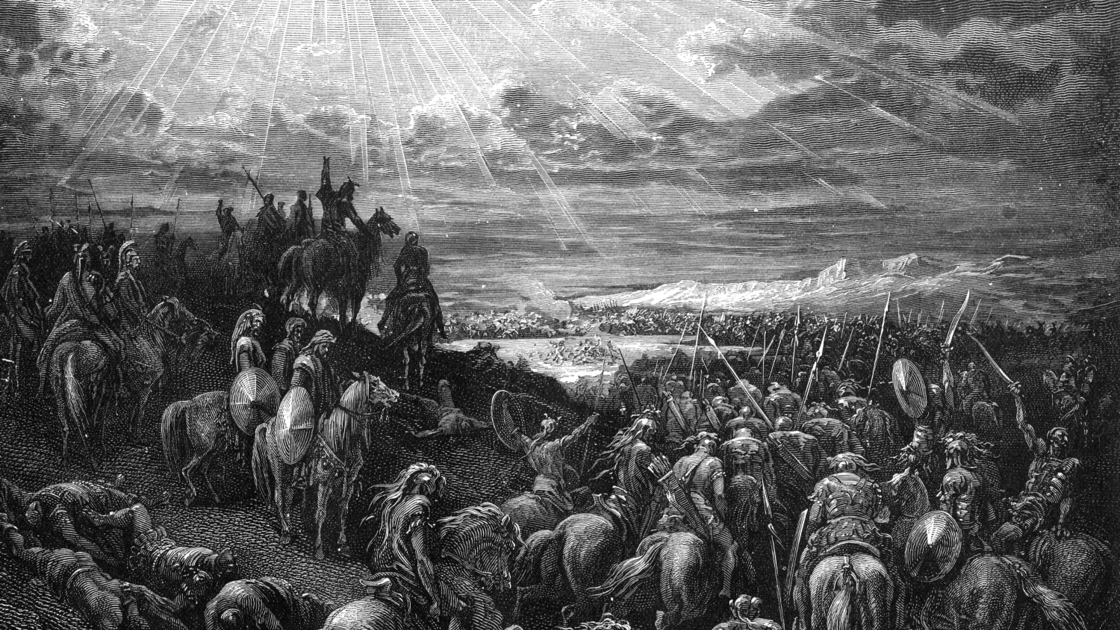 Many people watching world news are concerned with the direction of current events. And some are pointing back to secular history in an effort to see where current events are leading.

How often have we heard that “history repeats itself”? It does—time and time again.

We learn much about the future from studying history. This is especially true when we study the history recorded in the Bible. Much of this history is found in the former prophets.

The “former prophets” are comprised of the biblical books of Joshua, Judges, 1 and 2 Samuel, and 1 and 2 Kings. These were originally just two books: Joshua-Judges and the Book of Kings. They are all tied together; you need to understand them individually and as one prophetic unit.

These books record a broad sweep of history of the nation of Israel—from the time the Israelites entered the Promised Land under the leadership of Joshua until the two parts of the divided kingdom, Israel and Judah, were conquered and taken into captivity. There is a special message in all the former prophets. They are mostly about history, but they are called former prophets for a reason. The word former simply means that they are the earlier prophets. These books were written by prophets and are filled with end-time prophecy.

The message in Joshua and Judges is unique: If nations would follow Joshua’s way, then things would go well for them. The nations would have to look to Moses and the law of God. If, on the other hand, our modern nations of Israel chose to live as Israel did during the time of the judges—when “every man did that which was right in his own eyes”—then there would be disaster! The books of Joshua and Judges contain prophecy of how we shall succeed or fail.

The first book of the former prophets is Joshua. Why was this book written? It shows that God’s plan continued after Moses. One lesson we learn form Joshua is the need for godly courage.

Courage seemed to be Joshua’s major strength. Joshua was a warrior! He had proved himself before he went into the Promised Land. But God also told him at that time, Don’t be afraid! Stand up and be courageous! Wherever you go, I am with you (Joshua 1:5, 7-9). God wanted him to build more courage because there were far bigger battles ahead.

Joshua’s book shows why he won battle after battle going into the Promised Land—how he was able to defeat 31 kings and finish his job. Above all, it shows how he exalted God. Are our nations winning battles today? Are you winning battles in your life?

When men like Joshua are chosen, they cause good things to happen. God said in Deuteronomy 1:35 that none of the men in that generation would see the Promised Land—“But Joshua the son of Nun, which standeth before thee, he shall go in thither: encourage him: for he shall cause Israel to inherit it” (verse 38). Put Joshua in charge, and he will cause good things to happen in Israel. God wants us to do that as well: cause positive things to happen, and cause successes in our lives and the lives of those we lead.

Joshua was a great leader because he followed God’s government.

In his last sermon, Joshua took the Israelites all the way back to the beginning of their history, starting with Abraham. He reminded them of their past and how God blessed them and did wonderful things for them when they obeyed Him. Joshua had been right there as a slave in Egypt. He had seen many miracles during his lifetime. He died at 110 years old (verse 29). God really blessed him in many ways.

After Joshua was gone and the elders who were under him had also died, Israel forgot all about that history. The Israelites had marvelous examples in Joshua, Caleb and others—men who were loyal and inspiring and encouraging. But once those men were gone, everything fell apart. The Israelites became plagued by divisions and problems because they wouldn’t hold fast to what Moses and Joshua had taught. In the book of Judges, everybody began doing what was right in his own eyes. That is exactly what is happening to the Israelites today, and our nations are also falling apart!

We are here to learn how to become strong leaders and to build the strongest leadership we possibly can. This world is in desperate need of godly leaders!

To learn more about the history of Israel and how it applies to us today, request my free book The Former Prophets.