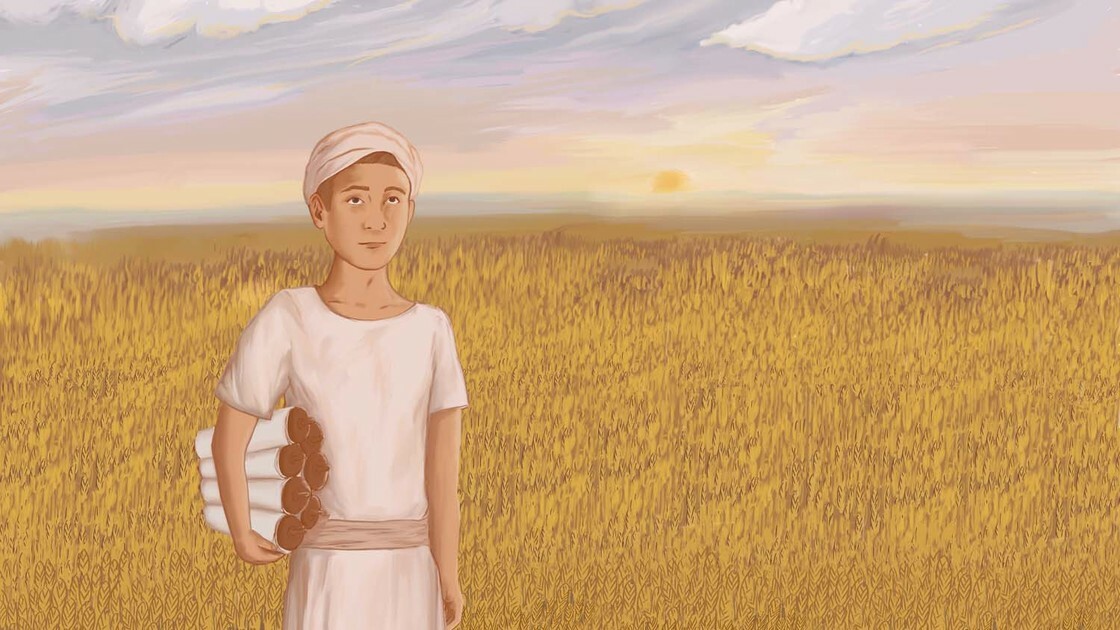 The book of Judges records one of the bloodiest periods of ancient Israel’s history. But during this age of rebellion against God, there was one very special youth who was growing spiritually while the rest of the nation was dying: “And the child Samuel grew on, and was in favour both with the Lord, and also with men” (1 Samuel 2:26). Lange’s Commentary says about this verse: “Samuel’s growth ‘before the Lord’ indicates not only that he remained in the sanctuary, but also that (as the condition of his calling) he grew in fellowship of heart and life with God.”

The language describing Samuel is similar to the language Luke used to describe a young Jesus Christ in Luke 2:52: “And Jesus increased in wisdom and stature, and in favour with God and man.”

Both Samuel and Christ matured physically, mentally, morally and spiritually, even as children. In fact, the word child is emphasized over and over again in this account about the Prophet Samuel: “And the child Samuel grew on, and was in favour both with the Lord, and also with men. … And the child Samuel ministered unto the Lord before Eli. … And Samuel grew, and the Lord was with him, and did let none of his words fall to the ground”
(1 Samuel 2:26, 3:1, 19). Samuel never reached a point where he thought he had grown enough. The older he got, the more he was growing and improving. That is why the Bible says he “grew on.” This teenager’s spiritual growth is what allowed God to use him to turn the whole nation of Israel around!

In his book The Former Prophets: How to Become a King, my father writes: “We are in God’s remnant Church because we didn’t let those words drop! But we must keep improving. After all, God is going to set the world upon our shoulders! We will need every word—every little bit of education God gives us. I know that in my life, I really need every bit of the education God has given me—and still need a lot more. We are the lowly of the world, not the geniuses. So we need to be like Samuel and work to keep from letting God’s truth—truth straight from His mind and mouth—drop to the ground. Samuel knew what an opportunity he had. Do you?”

Samuel seized the opportunity to serve God in his youth. The earlier we start, the better. Over and again God says “the child grew on.” God doesn’t think anyone is too young to support His Work!

Your mind is most absorbent now, during the all-important formative years. Fill your mind with godly things and grow in favor with God and with men. Don’t waste these years! Don’t be like the brethren in Hebrews 5. Paul had to go back and feed them spiritual milk again because they weren’t growing enough (verse 12). This isn’t a problem limited only to young people; it is a problem that all people have. Growing is hard work—but it’s easier while you’re still young.

Paul went on to say that strong meat belongs to them “that are of fullage” (verse 14). Elsewhere he wrote, “When I was a child, I spake as a child, I understood as a child, I thought as a child: but when I became a man, I put away childish things” (1 Corinthians 13:11). Spiritually speaking, God wants you to develop from a child into “full age” as fast as possible!

Jesus Christ was a remarkable 12-year-old who could mingle and have deep conversations with adults because God was with Him. It is possible to be a spiritually minded 12- or 13-year-old like Christ, Samuel and David were. In fact, you should be.

Christ was also referred to as Emmanuel, which means “God with us” (Matthew 1:23). The essence of the sign of Emmanuel is that God wants to be with you! My father gave a sermon on that recently. How much did that sermon affect your growth? That is how you grow, period: by God being with you. How do you make sure He is with you? It is all founded on your prayer and study. If your daily prayer and study isn’t what it should be, then you won’t be growing on the way you should.

In the time that you have until next year’s S.E.P., here are some actions you can implement right now to begin to “grow on”:

2. Spend more time talking to adults. This starts with your parents, but it goes beyond them. How much time do you spend talking to your local minister? To the married couples? To the seniors? Make it a goal to go home and seek out those relationships. Go up to your minister and start a conversation with him. He wants to get to know you! Learn how to communicate with adults and seniors in God’s Church. You’re going to be an adult soon, so you need to learn how to be one.

4. Read more books, especially nonfiction. Get out some good biographies of men like Abraham Lincoln and Benjamin Franklin. The lives of these two men have profoundly influenced Mr. Gerald Flurry and Mr. Herbert Armstrong, and their lives can have a powerful effect on your growth, too.

5. Learn to serve more. Ask your parents what you can do to be more helpful in the house. Look for ways to help with setup and takedown at services. Bring passion, zeal, intensity and energy into your service to God.

7. Start journaling. Journaling is a practical tool to help you meditate on God’s Word.

These are just a few areas where you can leave S.E.P. intending to grow. As you review your forum notes, meditate on similar areas you can work on. The time to grow is now. Don’t wait until next year or until college. Start now. Strive to grow in wisdom, stature and favor with God and with men.