The Pro-Dance Experience
Discomfort really keeps you on your toes.
By Hannah Worrell • Oct. 14, 2021 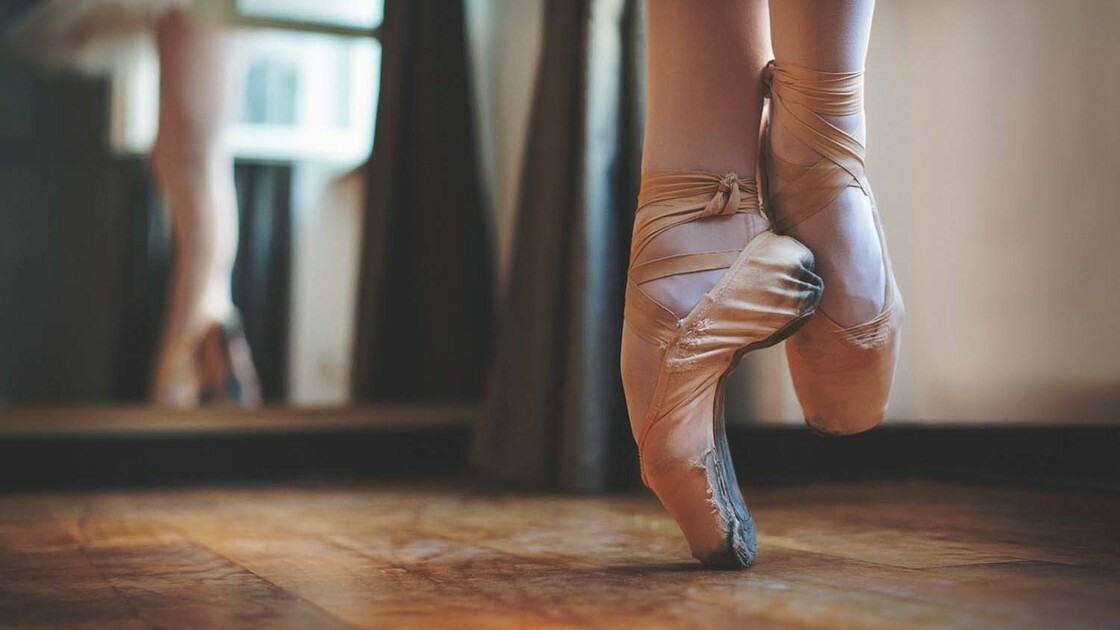 In the summer of 2016, I attended my first summer intensive for ballet: “The Pro-Dance Intensive.” My teacher recommended it so I could get stronger and develop my skills. I was incredibly excited up until my hand touched the door handle—it all went downhill from there.

I walked in and immediately felt out of my depth. I knew absolutely no one, and everyone already had an air of being better. I realized these girls had been dancing since they were toddlers. They all attended this ballet school more than an average student attends public school—they took academic classes from 8 a.m. to 12 p.m., and danced from 1 p.m. to 9 or 10 p.m. every weekday, and even took classes on Saturday. From the very first class (which was just stretching and conditioning), I was ready to leave. I was so out of my league.

Throughout the whole day, I felt like I had whiplash. The classes were difficult, and I could barely keep up with basic combinations (my training up until that point had been very brief; I had only been taking ballet seriously for a year-and-a-half.)

In pointe class, we were supposed to go in groups of three and do 32 fouettés (the really hard turn sequence from Swan Lake—it’s like doing the breast stroke with one leg, while balancing en pointe on the other leg, and spinning completely around yourself), and I hadn’t mastered a single pirouette en pointe. I was beyond embarrassed. I simply could not do a lot of things.

I got into the car at 5 p.m. and burst into tears. I was discouraged. I didn’t see how I was going to survive the next two weeks. I was inconsolable. Nothing was helping, and I could not stop crying.

Mom suggested I call my dance teacher Miss Elizabeth. Over the phone, I was just able to get out what was bothering me before I burst into tears again. She was quick to encourage. She was going to be at the dance studio where I usually took classes, and said I could stop by for a chat (and Starbucks—her treat).

The tears stopped eventually, and we made it to the dance studio. We stood outside and talked, and she said something that changed the course of the next two weeks: “Nothing worth having comes easy. If you go into the next two weeks, and you work hard, you will come out of it a stronger dancer. Of course, you won’t be able to do things right away; you’re new to this. But if you don’t try at all, you won’t grow, and this opportunity will be wasted.”

The words were tough to hear. I was still ready to throw in the towel, but that night I went home and prayed that God would give me the strength and courage to work hard and make the most of it.

I walked into class that next day and was thrilled. The guest teacher I was terrified of had a previous engagement, so we had one of the “nicer” teachers—a teacher I had taken classes with before coming to this camp. I felt more comfortable, I was better able to keep up with the pace of the classes and, strangely enough, I had fun.

Each day, I had to pray that I could continue having the strength and courage to handle correction and have a good attitude so I could make the most of every day, and I found myself enjoying it more and more.

It didn’t come easily, however.

A week-and-a-half in, I had danced more hours than I had in three months at my studio. I had bruised toenails, blisters on the sides of my toes and the backs of my heels, Achilles tendonitis in my right ankle, a pulled left quad muscle, strained hip flexors, and bruised metatarsals—I was exhausted.

But it was well worth it. I was picking up on combinations and choreography quicker. I was stronger en pointe. I was developing artistry. I could do pirouettes better (though the fouettés still eluded me). There were even a few times the teacher called me out as an example for something I was doing right.

I ended up having the time of my life by the end of the intensive. I even told my parents that I wished I had signed up for another week so I could keep dancing.

One day, a little after I had finished, my mom called me into the dining room and told me to look at the computer. The screen read: “Congratulations! You have been accepted into the National Academy of Classical Ballet.” The ballet school had sent an email, offering me a scholarship to train full-time with them for the following school year.

While I didn’t end up attending the Academy, they were still able to apply the scholarship so I could come take classes throughout the year. It was one of the most amazing feelings in the world. The hard work paid off! If I had quit that first day, I wouldn’t have received this incredible reward.

The New King James Version of Romans 5:3-4 says we “… glory in tribulations, knowing that tribulation produces perseverance; and perseverance, character; and character, hope.”

This summer intensive might have been one of the hardest things I’ve ever had to do, but I grew tremendously as a dancer, and as a person too. I had a lot of boundaries that I was able to overcome and conquer with God’s help. My defeatist attitude was replaced with a more optimistic, “can-do” approach. I learned so much about perseverance.

Through this Pro-Dance experience, God revealed to me a lot of my flaws, but He also provided a way for me to grow in character and overcome them. I had to learn not to immediately give up when things are hard. It helped toughen me up. It required a lot of discipline that I didn’t have previously, but was able to develop thanks to God’s hand in that experience.

I ended up doing the Pro-Dance Intensive for three years after that, eventually signing up and completing the full month that it was scheduled for. I loved it, and it became a highlight of my summer, but if I hadn’t gone through the trials of that first intensive, I never would have known how much I enjoyed it.

The lessons I learned that summer are still relevant in my life now. Whether something comes up in college, at work, or in dance, I know if I work hard and rely on God for the rest, it will all turn out better than I could even imagine. We all have these “Pro-Dance” experiences in our lives, and we can conquer them too.

Oh, and at the end of my last summer intensive in 2019, I was able to complete the 32 fouettés.