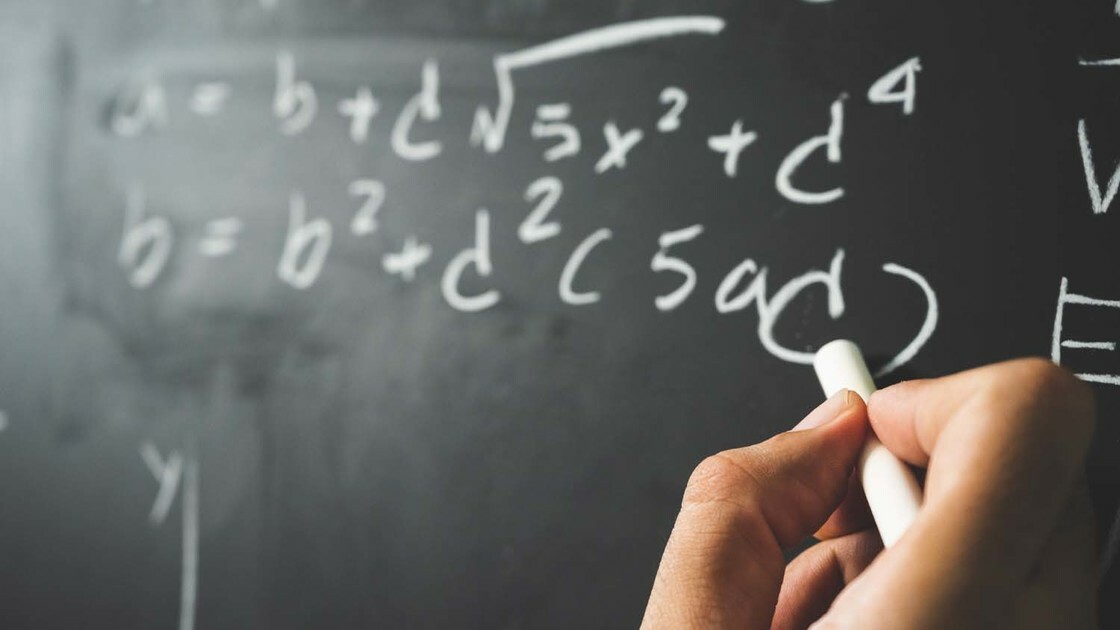 Over the past 10 years, I’ve had the opportunity to teach a Bible class at Imperial Academy. I have observed that, while many students do very well, some consistently struggle. It mainly comes down to one thing. God wants you to learn this secret to success. He expects you to use it to develop your mind.

Do you know what it is?

Before I tell you, let’s look at a passage in 1 Samuel 2. In this chapter, the Prophet Samuel’s mother, Hannah, is praising God for answering her prayers for a son. In this song, she recites a prophecy from God: “He raiseth up the poor out of the dust, and lifteth up the beggar from the dunghill, to set them among princes, and to make them inherit the throne of glory: for the pillars of the earth are the Lord’s, and he hath set the world upon them” (verse 8). These pillars that Hannah prophesied about are you!God wants to set His future world upon you. Look at the pillars outside God’s house. You are going to be a pillar like that. Are you a pillar today in school? Among your peers?

In The Former Prophets: How to Become a King, Gerald Flurry writes: “What does it mean for the world to be put on our shoulders? We really are here to build a new civilization. The one we are living in is about to explode! And to lead that new civilization, we must develop our minds and our character. God is going to give us the opportunity to help Christ teach every human being who has ever lived!”

We must develop our minds now because we are going to help Christ develop the minds of the rest of humanity. Do you have what it takes to do that? What could you teach others, right now?

God is measuring us for that future to see what we will do with the minds we’ve been given. So how do we develop our minds? What is the main difference between those who successfully develop their minds and those who don’t? What is this key ingredient for success?

Work! This is the one thing that separates those who thrive and those who struggle.

In Mr. Flurry’s sermon on the first Sabbath of S.E.P. 2021, he said: “Celtic Throne inspires the young people to work harder and develop their talents.” I believe Christ is using this show to send the young people a very specific message about working hard. Consider: It is mainly performed by people your age! Two of our dancers finished second and one of them finished first in their age groups at the North American Irish Dance Championships this year. Two lessons stand out from their examples:

The lesson is clear: If you work, you will have success.

The success stories of history all worked hard. Take Gen. Douglas MacArthur. We could say he was a pillar of World War ii. How did he prepare for his career? He worked at it. At age 19, MacArthur went to West Point, where his classmates said he “had a mind like a sponge” (Clark Lee and Richard Henschel, Douglas MacArthur: An Informal Biography). He wasn’t just born with that kind of mind. Before he ever went to West Point, MacArthur completed three years of public school, two years of private school, four years of normal schooling, three years of private study, and three months of special preparation for the exam to get into West Point. Would you spend that much time studying for a test—the act, for example?

When he got to West Point, MacArthur was determined to finish at the top of his class. His main rival was Ulysses S. Grant iii, grandson of the famous Civil War general. Both had a lot of clout because of their families, but MacArthur was a worker, and Grant was not. Because MacArthur roomed with upperclassmen, he could keep the lights on two hours later each night. He spent that additional two hours doing extra studies. “In his nightly studies, MacArthur concentrated absolutely from the time he opened his books to lights out, never stopping to chat or gossip …” (ibid). Today, many people can’t focus on something for more than 15 to 20 minutes without getting distracted. MacArthur could do it for hours without any breaks.

MacArthur didn’t just roll out of bed able to concentrate like that. He worked at it and built the habit over years and years. But he didn’t only work hard at his studies—he also lettered in both football and baseball at West Point, even though he wasn’t naturally good at them. He worked at them, even though he didn’t even like them all that much. What about you?

Abraham Lincoln was one of MacArthur’s heroes. If you have a hero, you emulate what he does. MacArthur found out every book Lincoln read and read them himself. Then he found out the position Lincoln was sitting in when he read them—and he read them in the same position. I’m not saying you need to do that—but look at the mindset of somebody like that! Who would ever think of that?

MacArthur achieved his goal of finishing top of his class at West Point. Lee wrote, “MacArthur’s final four-year average for 16 subjects was 98.14, the highest in the first 100 years of West Point history.”

And whatever became of his rival, Ulysses Grant iii? His final efficiency report from West Point reads: “Suave, polite, courteous, indifferent to his duties as an officer, utterly worthless.”

Utterly worthless! All because he just didn’t care! Because of his indifference and unwillingness to work hard, the final judgment on this man was “utterly worthless” in the military’s eyes.

If your life were on the line, and you had to choose between Grant and MacArthur, who would you choose? We would all choose MacArthur because he worked to put himself in a position to be a pillar! MacArthur worked while Grant was indifferent. That was the difference between the two.

In the parable of the talents (Matthew 25:14-30), Christ makes a comparison between one who will work and one who is worthless. This parable shows that it’s not about how many talents you have, but about what you do with them. In verses 24-25, we come across our Ulysses S. Grant iii, the one who buried his talent and did nothing with it—and then immediately started casting the blame on someone else.

Are you “hiding your talent in the earth”? Sometimes we have something that we could offer, but we fail to do anything with it. Consider that, and notice what happens at the end of this parable: “His lord answered and said unto him, Thou wicked and slothful servant, thou knewest that I reap where I sowed not, and gather where I have not strawed: Thou oughtest therefore to have put my money to the exchangers, and then at my coming I should have received mine own with usury. Take therefore the talent from him, and give it unto him which hath ten talents. For unto every one that hath shall be given, and he shall have abundance: but from him that hath not shall be taken away even that which he hath” (verses 26-29). That servant could have done the bare minimum by at least putting his talent in the bank, but he didn’t even bother to do that!

“And cast ye the unprofitable servant into outer darkness: there shall be weeping and gnashing of teeth” (verse 30). The unprofitable servant earned an F on his final report card. That’s what will happen if we aren’t willing to work! We’re talking about spiritual development as well. It doesn’t matter how much natural ability or talent you think you lack. You can’t say, I’m not smart enough. It doesn’t matter! All that matters is whether we will work with what we’ve got! If you work, you will find success, now and forever. If you will not work, you will ultimately be unprofitable and worthless.

Don’t become discouraged if you don’t see results right away—keep working! Take MacArthur’s hero, Abraham Lincoln, for example. Before becoming America’s 16th president, he served a session in Congress. He had never received formal schooling, and he realized his logical arguments in Congress were not up to speed with the other representatives and senators. So he went home and studied an entire mathematics book and solved every problem in it to develop his logical thinking skills. When he returned to Congress, his logical arguments were vastly improved. He worked hard, and that’s why you know who he is today.

Also consider Mr. Flurry’s reference in his sermon to George Lucas, who wrote the script for Star Wars. He locked himself in the office to write that script for eight hours every day. Some days, he didn’t write even one word. But he kept working at it, day after day.

Michael Jordan is one of the greatest names in basketball. Before he made it to the big leagues, he played college ball at North Carolina, where they played pickup games during the summer. Whenever they had water breaks, Michael Jordan stayed in the middle of the court. When they asked him why he wouldn’t rest, he said: “No one will ever say they outworked me. I’ve been on this court more than anyone.” That’s a great mindset to build: Don’t let anybody outwork you! We all have different talents, but the work is the issue. You may be outperformed sometimes, but don’t get outworked!

If God is working with you, you won’t fail—as long as you don’t quit.

Mr. Flurry continues in The Former Prophets: “We have to think big! We really are here to become the pillars of the world! That is why God called you.” Becoming a pillar starts now. What are you doing to prepare for this now? At the end of each day, think about MacArthur and Grant iii. Think about Lincoln and Jordan. Ask yourself: How did I finish today? Was I worthless or effective? The answer comes down to how much work you put in. Every morning, put that in your mind. Say to yourself, Nobody outworks me today. If you set the goal to work your hardest, God’s Word guarantees that you will find success, now and always, and you will be the pillar God needs you to be.