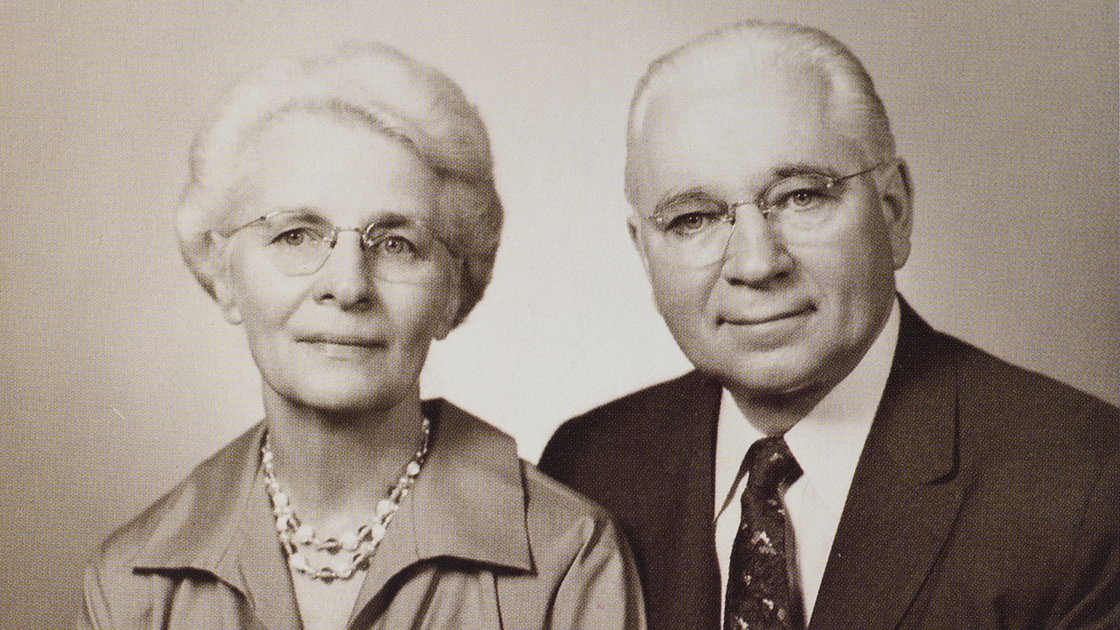 Herbert W. Armstrong and his wife, Loma, kept the Feast of Tabernacles alone for seven years. Then, in the Philadelphia era, they kept the holy days 12 more years still not knowing the meaning. They just obeyed God’s Word.

In 1945, Mr. Armstrong realized that the Feast pictured the Millennium.

Most people fail to realize where the Feast of Tabernacles statute really began. The origin of this Feast is far more important than the event itself!

“In the beginning God created the heaven and the earth” (Genesis 1:1). Here we have the God Family. “And God said, Let there be lights in the firmament of the heaven to divide the day from the night; and let them be for signs, and for seasons, and for days, and years” (verse 14). One of the meanings of the word seasons is “a festival time.” It is just a reminder that, before the creation of man, God already had the Feast in mind! The world looks at the physical creation; God looks at the spiritual creation.

Imagine the origin of the Feast of Tabernacles. Before Adam and Eve, or any human being, ever breathed or laughed or cried, God already had the Feast plan. It was very much alive in His mind.

“And God said, Let us make man in our image, after our likeness: and let them have dominion over the fish of the sea, and over the fowl of the air, and over the cattle, and over all the earth, and over every creeping thing that creepeth upon the earth” (verse 26). Image refers to the character of God. Likeness means form and shape.

Notice which is listed first! Image, or character, is mentioned first, because this is God’s ultimate goal! He first created man physically. That creation is of no real value, however, if we don’t build godly character and enter into God’s Family.

So we go to the Feast to work on God’s spiritual creation—becoming members of His Family. Physically, we could eat only bread and water, and still have a marvelous spiritual Feast!

God wants us to include the whole world in our thinking. Our job is to help Jesus Christ give the Feast to the world!

Tragically, many have lost knowledge of God’s Feast of Tabernacles. Consider the example of ancient Israel.

Moses was a great leader in Israel. When he died, he was succeeded by another great leader—Joshua (Joshua 1:1-5). Joshua followed in Moses’s footsteps exactly, and the nation prospered. He lived to be 110 (Judges 2:8) and died around 1421 b.c. Then real trouble began.

“And also all that generation were gathered unto their fathers: and there arose another generation after them, which knew not the Lord, nor yet the works which he had done for Israel. And the children of Israel did evil in the sight of the Lord, and served Baalim: And they forsook the Lord God of their fathers, which brought them out of the land of Egypt, and followed other gods, of the gods of the people that were round about them, and bowed themselves unto them, and provoked the Lord to anger. And they forsook the Lord, and served Baal and Ashtaroth” (verses 10-13). Serving Ashtaroth meant they were getting into pagan customs. After the great leaders Moses and Joshua died, they lost God’s Feast in one generation! Only one generation!

The festivals of God were not kept at all during the book of Judges—not once! And these were the early followers of Joshua.

Over 100 years after Israel had been taken captive, the Jews were taken into captivity by Babylon. Then God sent a group back to build the temple. When the people kept the Feast and had the law read to them, they cried. Why were they talking about the law at the Feast?

“This Ezra went up from Babylon; and he was a ready scribe in the law of Moses, which the Lord God of Israel had given: and the king granted him all his request, according to the hand of the Lord his God upon him” (Ezra 7:6). Ezra was a great student of God’s law.

“And Nehemiah, which is the Tirshatha, and Ezra the priest the scribe, and the Levites that taught the people, said unto all the people, This day is holy unto the Lord your God; mourn not, nor weep. For all the people wept, when they heard the words of the law” (Nehemiah 8:9). When they heard the law at the Feast, they cried. They had prepared their hearts to keep and do the law. That’s why their Feast was so great.

The people enthusiastically applied the Bible’s instructions on Feast keeping (verses 15-16). They had a marvelous Feast as a result: “… for since the days of Jeshua the son of Nun unto that day had not the children of Israel done so. And there was very great gladness” (verse 17). Since the days of Joshua, about 1400 b.c., to their present, about 500 b.c., they had not kept such a spiritual Feast! It had been almost 900 years since Israel had kept such a wonderful Feast.

The Jews kept the Feast in Christ’s time, but it wasn’t God’s Feast. “After these things Jesus walked in Galilee: for he would not walk in Jewry, because the Jews sought to kill him. Now the Jews’ feast of tabernacles was at hand” (John 7:1-2). It was called the “Jews’ feast” because they had added human customs to what Moses taught them.

“In the last day, that great day of the feast, Jesus stood and cried, saying, If any man thirst, let him come unto me, and drink” (verse 37). This was the Last Great Day of God’s Feast, the day picturing the resurrection of all people who never knew God’s truth. Then, anyone who thirsts for God’s truth can learn it.

The New Testament Church established by Christ only kept the Feast for about 400 years. Then it was almost totally lost.

Augustine, one of the so-called church fathers, along with Justinian, the Roman political ruler, in a council, declared the Feast of Tabernacles anathema. People were punished severely if they kept the Feast. During these tumultuous times, Paul cut short a trip to Ephesus in order to keep the Feast. “When they desired him to tarry longer time with them, he consented not; But bade them farewell, saying, I must by all means keep this feast that cometh in Jerusalem: but I will return again unto you, if God will. And he sailed from Ephesus” (Acts 18:20-21). Paul said, “I must by all means keep this feast.” That feast was the Feast of Tabernacles. Paul urgently said he must “by all means” keep God’s Feast.

“I must by all means keep this feast” is omitted in many translations. Most versions leave it out. That’s because Satan hates God’s Feast! It pictures a time when Satan has been banished from society. He bitterly hates anyone who keeps God’s Feast. He makes every effort to destroy God’s master plan in the minds of men. Satan attacks godly institutions and individual saints. Beware of what he can do to your Feast.

“Let no man therefore judge you in meat, or in drink, or in respect of an holyday, or of the new moon, or of the sabbath days” (Colossians 2:16). We shouldn’t let men judge us because of a holy day or a new moon. There is only one holy day on the new moon. That is the Feast of Trumpets, which is on the first day of Tishri.

The word “sabbath days” should read “sabbaths,” which means all of God’s holy days—including the weekly Sabbath.

Herbert Armstrong was first challenged on the weekly Sabbath. He proved it was God’s true Sabbath day and that it still is binding on us today.

Then he studied the word “sabbaths” in Colossians 2:16. He quickly saw that all of God’s holy days are binding.

In this Laodicean era, most of God’s people no longer keep God’s Feast of Tabernacles (Revelation 3:14-22). But God’s faithful remnant still keeps God’s Feast! And soon, they will teach all people how to keep all of God’s holy days!

There is only one Millennium. God’s people must not fail to be there ruling with Christ. There will never be another opportunity like this for all eternity!

To understand the depth of God’s holy day plan and your part in it, read Pagan Holidays—or God’s Holy Days—Which?